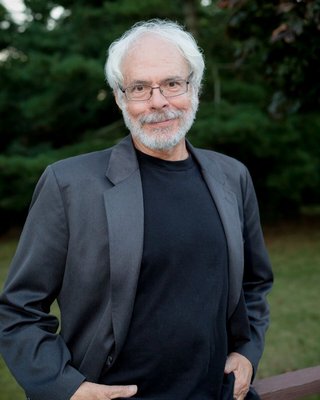 On July 22, magician and author Allan Zola Kronzek will present an evening of history and mystery at the Southampton Arts Center with “Magical Jews: The Life & Times of Great Jewish Magicians.” The performance will celebrate the lives of iconic performers, some famous like Harry Houdini, others not so famous, but just as fascinating.

Mr. Kronzek, a Sag Harbor resident, is an author and educator who teaches magic at The Ross School camp. He has performed more than 1,000 shows in schools, colleges and libraries, dealing with the topics of magic, its history and science, and the origins of magic lore. Recently, he talked about the logic behind what can appear to be fantastic, the impact of Harry Potter on the world of magic and why it is always good to have a few tricks up your sleeve.

Q: As the author of six magic-related books—the latest being “Grandpa Magic”—clearly the enchanted world has been a big influence in your life and work. How were you first introduced to magic and what was it that so clearly captured you?

My parents gave me a Mysto Magic set when I was nine and I was hooked. Part of the attraction was every boy’s fantasy of having super powers and being able to do things no one else can do—or explain. Also, I was a shy kid, and magic gave me a way of coming out of my shell. The other thing I loved was the cleverness of the methods. Creating magical effects is about problem solving and thinking outside the box and I find that aspect very appealing. That’s the reason for the brainteasers section of the [latest] book. All of the solutions are understandable by an eight-year-old. But figuring them out is another matter entirely.

Q: “Grandpa Magic” is an illustrated guide to 116 tricks and brainteasers and is really just as much a book for children as it is their grandparents. Where did the idea for this book come from? How did you curate the magic you are sharing in these pages?

I wrote it by request. The request being, “Hey, Allan, can you teach me an easy trick I can show the grandchildren?” I’ve been asked this so often over the years that it finally dawned on me that here was a great idea for a book. The challenge was to find an assortment of easy-to-do tricks that would appeal to a variety of ages. Also, I wanted the reader to enjoy learning the material and perhaps get into magic deeply enough to actually mentor grandkids who was interested in learning more. What’s special about performing magic for kids, is that you engage them on their level—no matter their age. Magic is a form of play.

Q: Do you have a favorite magic trick for beginners?

I like “The Adventures of Ronnie the Rubber Band.” It takes a bit of practice but once you master it, it’s very gratifying to perform. It’s also a trick you can teach to kids eight and up—and they, too, will be delighted. Another thing I like in the book is “The Great Zucchini.” It’s a complete act that grandpa or grandma can perform with the grandkid for the rest of the family. But everyone will have their favorite.

Q: You authored “The Sorcerer’s Companion: A Guide to the Magical World of Harry Potter” so obviously the Potterverse had an influence on you. How important was that series and how does your book dig deeper into that world?

The Potter phenomenon had major impact on my life. For one thing, it gave me the opportunity to write a New York Times bestseller, which, in turn, opened the doors to many other things, like lectures, TV appearances, and future books. As for the book itself, “The Sorcerer’s Companion” is about the history of magic lore that JK Rowling used to create Harry’s magical universe. Things like potions, spells, curses, magic wands, the invisibility cloak, all have histories going back hundreds or thousands of years. Naturally, Rowling doesn’t stop her narrative to explain where all of this stuff comes from—it’s just there, shimmering under the surface. But knowing the roots of magic lore—from folklore, mythology, and actually historical practices—makes reading the Potter series a much richer experience.

Q: Your daughter, Elizabeth, has partnered on a number of books with you. Does she believe in magic?

Elizabeth was a great partner in writing the book. She is a historian by training and brought that perspective to the book. She’s also a terrific writer and editor, and I often give her things I’m working on for comment. As for believing in magic, neither of us do—at least not the occult and supernatural kind. One of the benefits of studying the kind of magic I do, is that it usually leads to rational and critical thinking. You quickly come to understand that just because you can’t explain something, doesn’t mean it doesn’t have a rational explanation. In fact, for years I presented a popular school program on the scientific method, using magic as the hook.