She's A Witch! New Play Brings The Story Of Margaret Hamilton To Life On The Bay Street Stage - 27 East

She’s A Witch! New Play Brings The Story Of Margaret Hamilton To Life On The Bay Street Stage 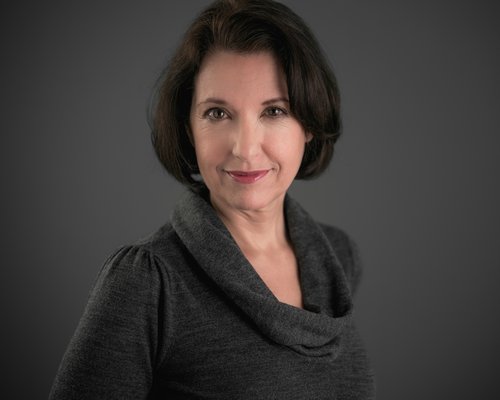 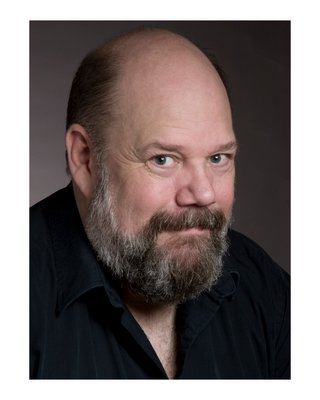 It all began with a theater review, and not one that actress Jean Tafler found particularly flattering.

“I was playing a female Ebenezer Scrooge at a theater in New Jersey, and the reviewer compared me to Margaret Hamilton,” Ms. Tafler said. “I didn’t like that.

Margaret Hamilton, of course, is best known for portraying the Wicked Witch of the West, Dorothy Gale’s evil nemesis in the 1939 film “The Wizard of Oz.” Her turn as the green-hued bad gal out to get the innocent farm girl from Kansas (and her little dog too) is the stuff of legends and nightmares. To this day, whenever “The Wizard of Oz” airs on television, her performance still has the power to terrify the wits out of small children.

“John said she is a villain everyone loves to hate,” added Ms. Tafler, referring to her husband, playwright John Ahlin.

Yet that singular, defining role was hardly the end of Hamilton’s story.

That somewhat backhanded compliment by a New Jersey reviewer led Ms. Tafler and Mr. Ahlin on a journey to uncover the life of this unconventional actress from Cleveland whose equally unconventional looks defied expectations in the era of the Hollywood bombshell.

“I went to a bookstore to find a biography on Margaret Hamilton, but there were none,” Ms. Tafler recalled. “Ironically, the owner of the store said he had met her in Boothbay, Maine. I had a friend there, and it turns out her brother played tennis with Margaret Hamilton’s son.”

That bit of knowledge led Mr. Ahlin and Ms. Tafler to Maine, where Hamilton had owned a tiny island off the coast. Once there, they interviewed family, friends and anyone who had stories to offer that revealed more about the actress’s life.

“We also found that she was mentioned 800 times in The Plain Dealer,” Mr. Ahlin said, referring to Hamilton’s hometown paper in Cleveland. When asked why he thinks a biography had never been written about the actress, who died in 1985, Mr. Ahlin suspects it was because there was no scandal about her.

In fact, what the couple ultimately found while researching Hamilton ran counter to nearly everything embodied in her role in “The Wizard of Oz.” Now, the story of Margaret Hamilton is the subject of “My Witch,” a one-woman show written by Mr. Ahlin and starring Ms. Tafler that will run at Bay Street Theater from July 17 to 21. The show is directed by Will Pomerantz, the theater’s associate artistic director.

While the couple’s research uncovered a lot of pearls about Hamilton that have been strung together to create this 85-minute play, perhaps one of the most interesting things Mr. Ahlin and Ms. Tafler discovered is the fact that, before becoming an actress, Hamilton worked as a schoolteacher.

“That was an ironic twist of fate. She trained as a kindergarten teacher and loved children, and throughout her life she raised money for children and animals,” Ms. Tafler said. “Everyone we talked to said what a lovely, nice, warm, friendly person she was. When we met her son, we felt we were meeting her, as he welcomed us into his home.”

It was a truth that belied the witch persona, and Ms. Tafler conceded that Hamilton was troubled by the fact that so many children feared her. Later in life, the actress made appearances on “Mister Rogers’ Neighborhood” and “Sesame Street” to show children that the witch was just a made-up character.

Hamilton was a recently divorced single mother with a 2-year-old son when she took the role in “The Wizard of Oz.” In directing this production, Mr. Pomerantz was impressed to learn that she refused to submit to the long-term studio contracts that were standard at the time and fought to manage her career on her own terms.

“I’ve come to realize she was this woman pioneer in the way she handled her life and career,” Mr. Pomerantz said. “She worked outside the studio system and was on contract for only a year. Then she went independent and negotiated her contracts herself.”

Independence was a strong theme throughout Hamilton’s life, and Mr. Ahlin and Ms. Tafler learned that both of Hamilton’s sisters were suffragettes involved in the movement to secure women the right to vote.

“Her sister, Dorothy, was very instrumental in the movement,” Ms. Tafler said. “She wrote books, knew Margaret Sanger who promoted birth control, and advocated for the strength of women’s rights and independence.”

While these tidbits are in the show, in telling Hamilton’s life story on stage, Mr. Pomerantz notes a chunk of the script covers the making of “The Wizard of Oz” and how the film evolved over time to become a cultural phenomenon due to the advent of television.

“What’s also interesting is that the spirit of Judy Garland hovers nearby,” Mr. Pomerantz said, adding that on stage, Ms. Tafler also portrays many of the famous stars Hamilton encountered during her career.

“Jean is a wonderful impressionist,” Mr. Pomerantz said. “Besides Margaret Hamilton she becomes the multiple people she encounters, including Mae West, W.C. Fields, Jimmy Cagney, Gertrude Lawrence—she does them all.”

While Ms. Tafler and Mr. Ahlin have been working on “My Witch” for several years, Mr. Pomerantz is a newcomer to the project, having joined forces with the couple just last November.

“It’s all part of the process,” said Ms. Tafler, who describes the five-day run at Bay Street as a developmental production rather than a premiere. “We’ve only been working on it since November, though we’ve been writing it for 10 years.”

“It’s fantastic in that you can’t do stuff alone,” Mr. Ahlin added. “Will’s input and eye has been invaluable. Being a married couple—and a playwright and an actress—you can get blinded. This is a full-blown production, we may not have an entire set, but we’re very happy. It’s fully realized in terms of lights and props, and a step forward in the development.”

“I think John and Jean have really captured something about her,” Mr. Pomerantz said. “I really am spending time with this woman. The piece is such an enjoyable journey through her life.”

Which brings us back to the place where it started. All these years later, is Ms. Tafler still miffed by the reviewer who once compared her to Margaret Hamilton?

“I would say I’m no longer offended,” she said.