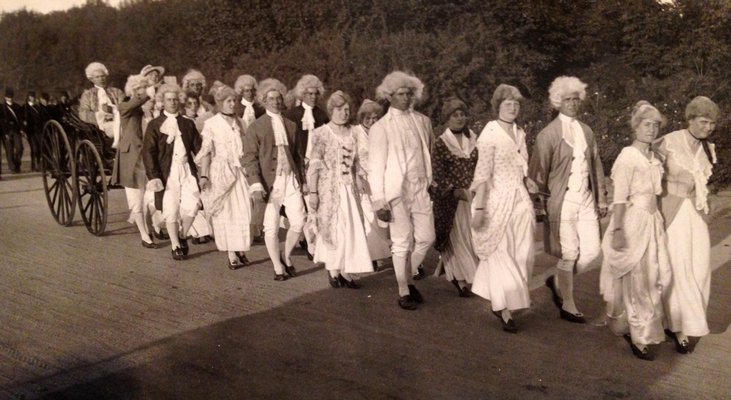 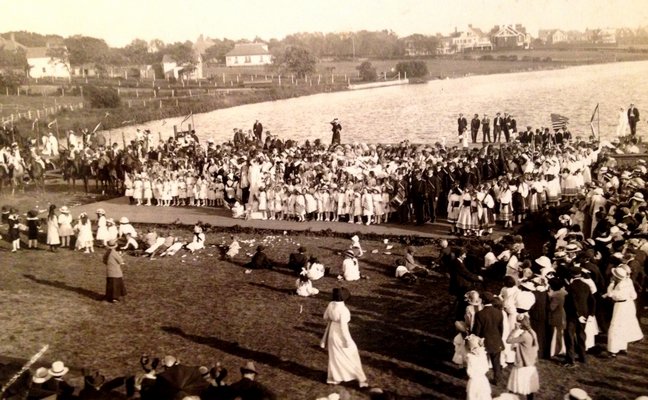 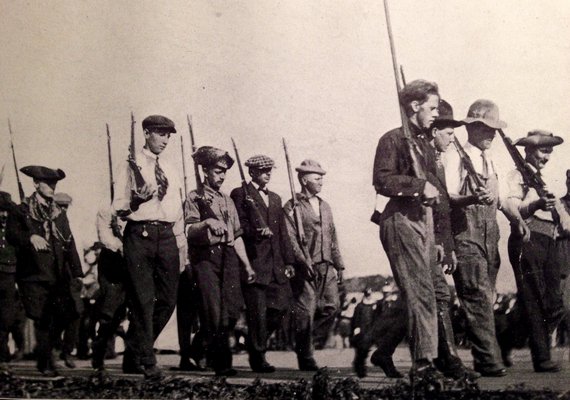 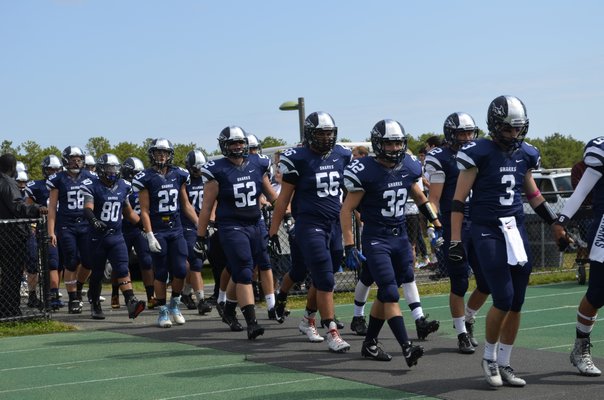 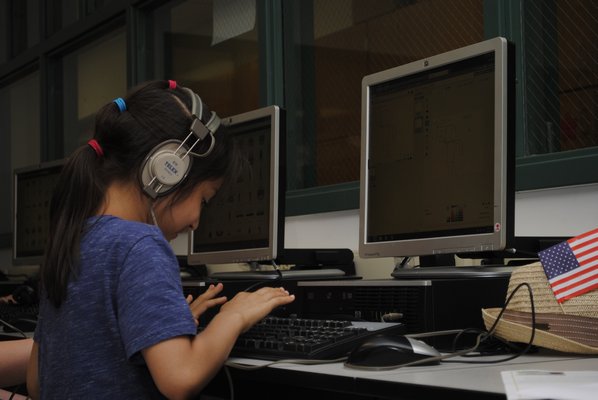 Third graders at East Quogue Elementary School learn how to do computer coding during a club after school. AMANDA BERNOCCO 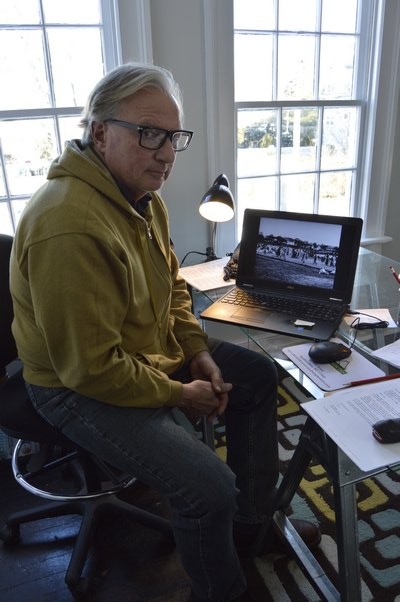 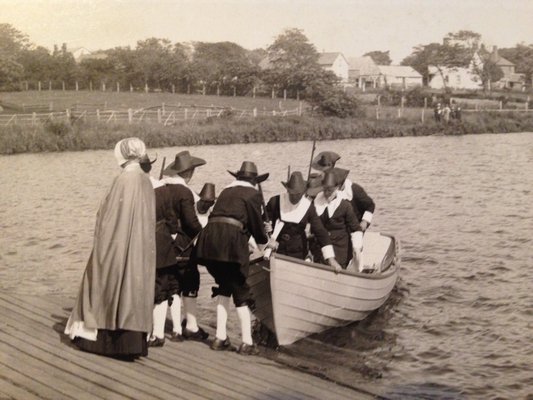 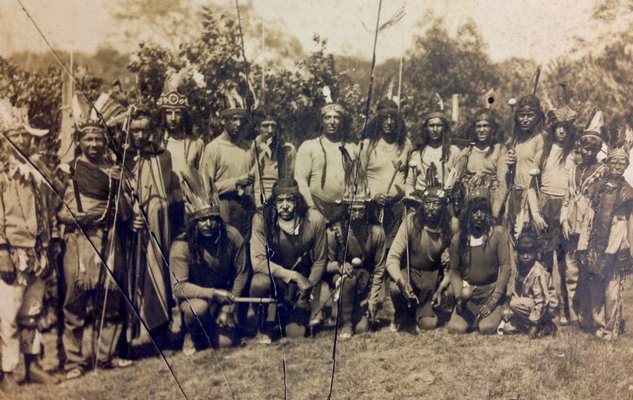 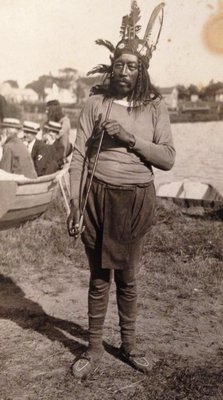 It was a day filled with dances, reenactments and parades, all part of an hours-long historical pageant at Agawam Park to celebrate the 275th anniversary of European settlers arriving on the South Fork of Long Island.

It was also a day that was documented for all to see—even 100 years later, albeit via a 12-minute video clip.

Mr. Edmonds, the executive director of the Southampton Historical Museum, first saw the footage only a few months ago, although it was on his radar for several years, as the museum has a souvenir pamphlet detailing the happenings at the event.

But it was only when Andrea Grover, the curator of special projects at the Parrish Art Museum in Water Mill, asked him to give a talk about historical films—and mentioned this particular clip, which was available online—did he give it a watch.

And the rest was, well, history.

“To have a document like this, a film, was just amazing,” Mr. Edmonds said during an interview last week at the Rogers Mansion in Southampton. “It was news—it really was news. It was like opening up a time capsule. It wasn’t King Tut’s tomb, but for Southampton, which has no records except for The Southampton Press ... it was just so great to see moving pictures.”

The silent film opens with a choreographed number, titled “Dance of the Woods and the Waters,” in which 60 young girls clad in Grecian dresses with vine garlands in their hair dance as spectators look on. That segment is followed by a reenactment of the landing at Conscience Point, complete with a 19th-century whaleboat sailing in Lake Agawam, plus actors dressed as Puritans—although Mr. Edmonds points out in an essay on the video that the settlers were actually English pioneers “fleeing theocratic Massachusetts for more tolerant lands,” not Puritans.

“The formal black-and-white outfits may have been similar to court dress worn in London, but certainly not for immigrants arriving in an unfamiliar wilderness,” Mr. Edmonds wrote in his essay, “A Perfect Day: Southampton, June 12, 1915.”

Another part of the pageant was a reenactment of a Native American raid on the settlement, where the violator was later placed in a stockade as punishment. The Southampton Colonial Society, known today as the Southampton Historical Museum, performed a minuet as well, and the event was capped off with a parade down Main Street and Jobs Lane.

There was a “renewed patriotic fever” surrounding the parade, as the sinking of the Lusitania—which sparked America’s involvement in World War I—was just one month earlier, and many of those who marched would soon be heading overseas to defend their country, Mr. Edmonds explained in his essay, which will appear in a journal published by the Suffolk County Historical Society at a later date.

For him, watching the video brought to life many of the pictures preserved by the museum.

“Just seeing that was so great, because all of those people lived in Southampton. They’re all dead, but they’re alive during that 12-minute sequence. So it was just amazing,” he said.

“People forget why they come here, and historic preservation. It’s a threat,” he continued. “Southampton is not a place for the Kardashians to come. It’s fine that they come and we welcome them, but we need to preserve its charm. Southampton is very much like New England. We want to attain that and keep the quality of life.”

To view the video online, visit the Prelinger Archive at archive.org/details/prelinger, or follow the link at 27.east.com