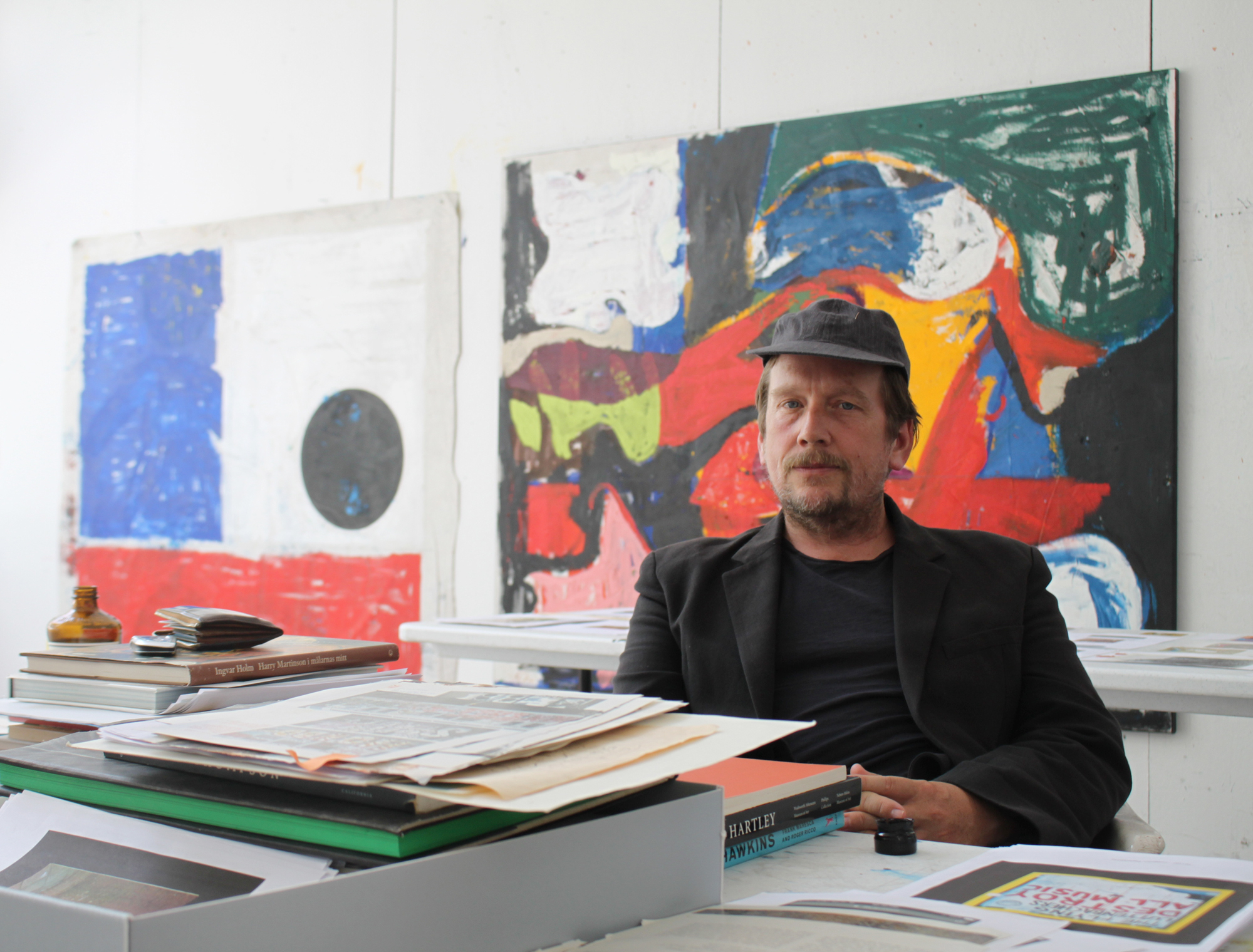 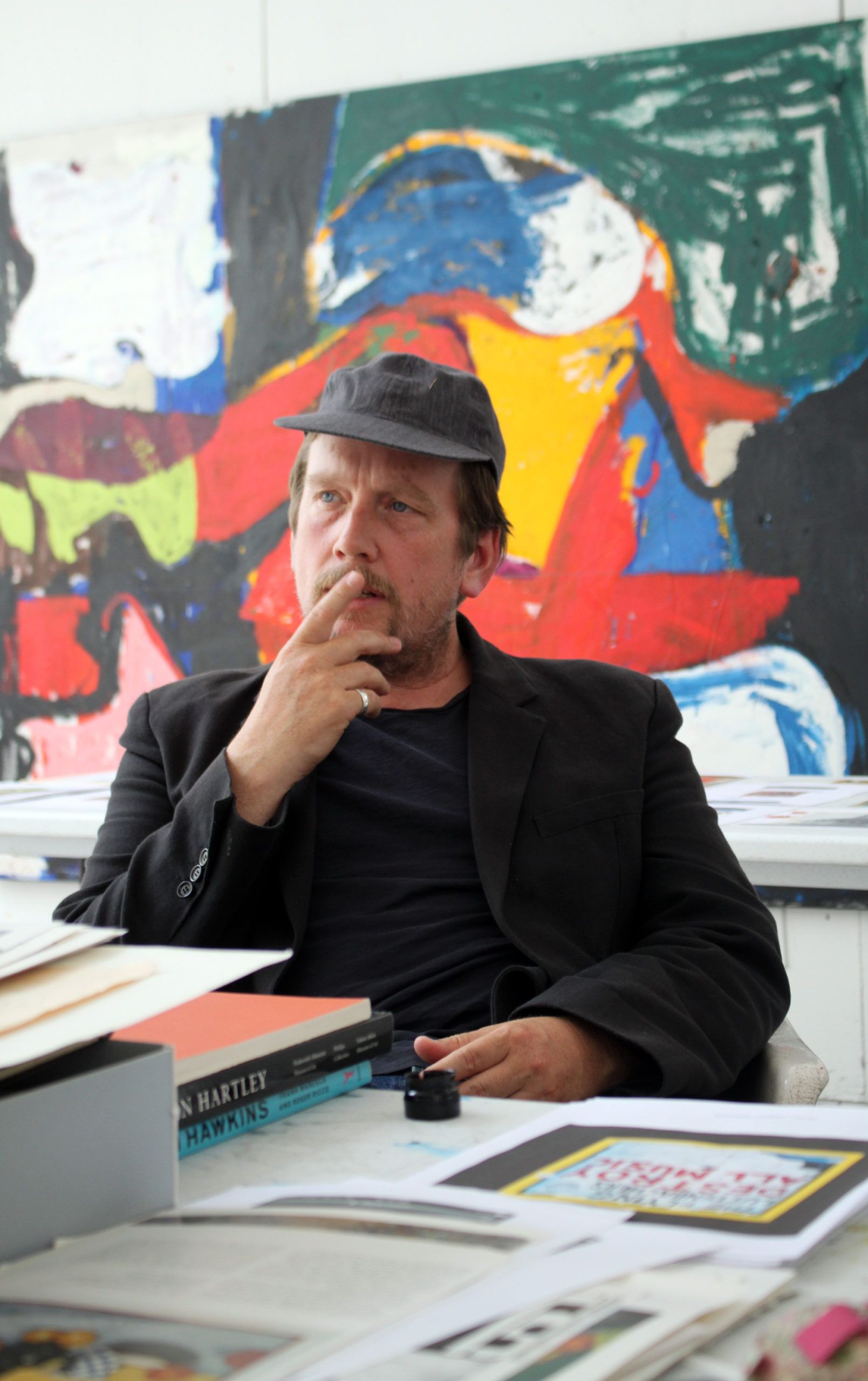 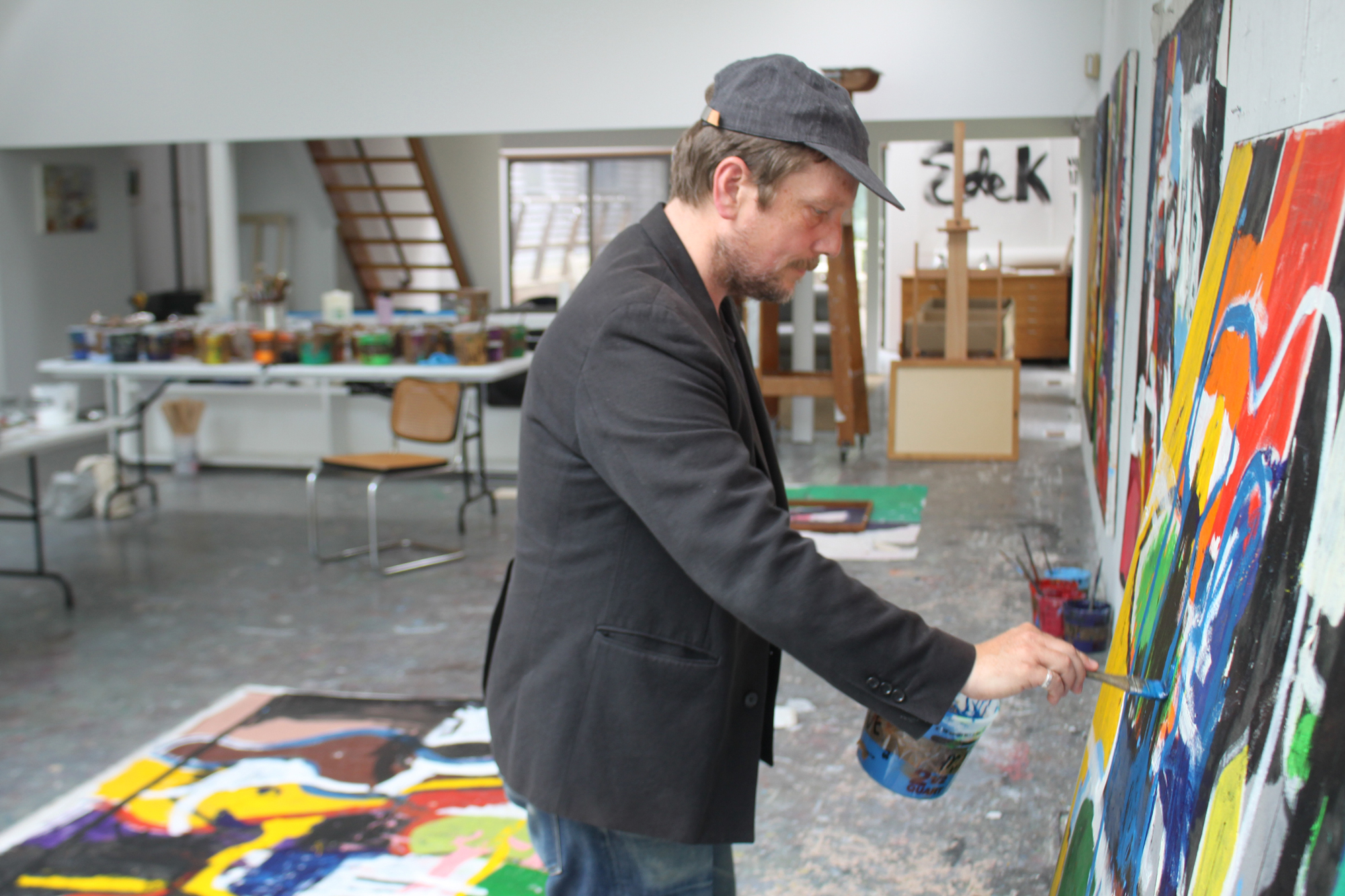 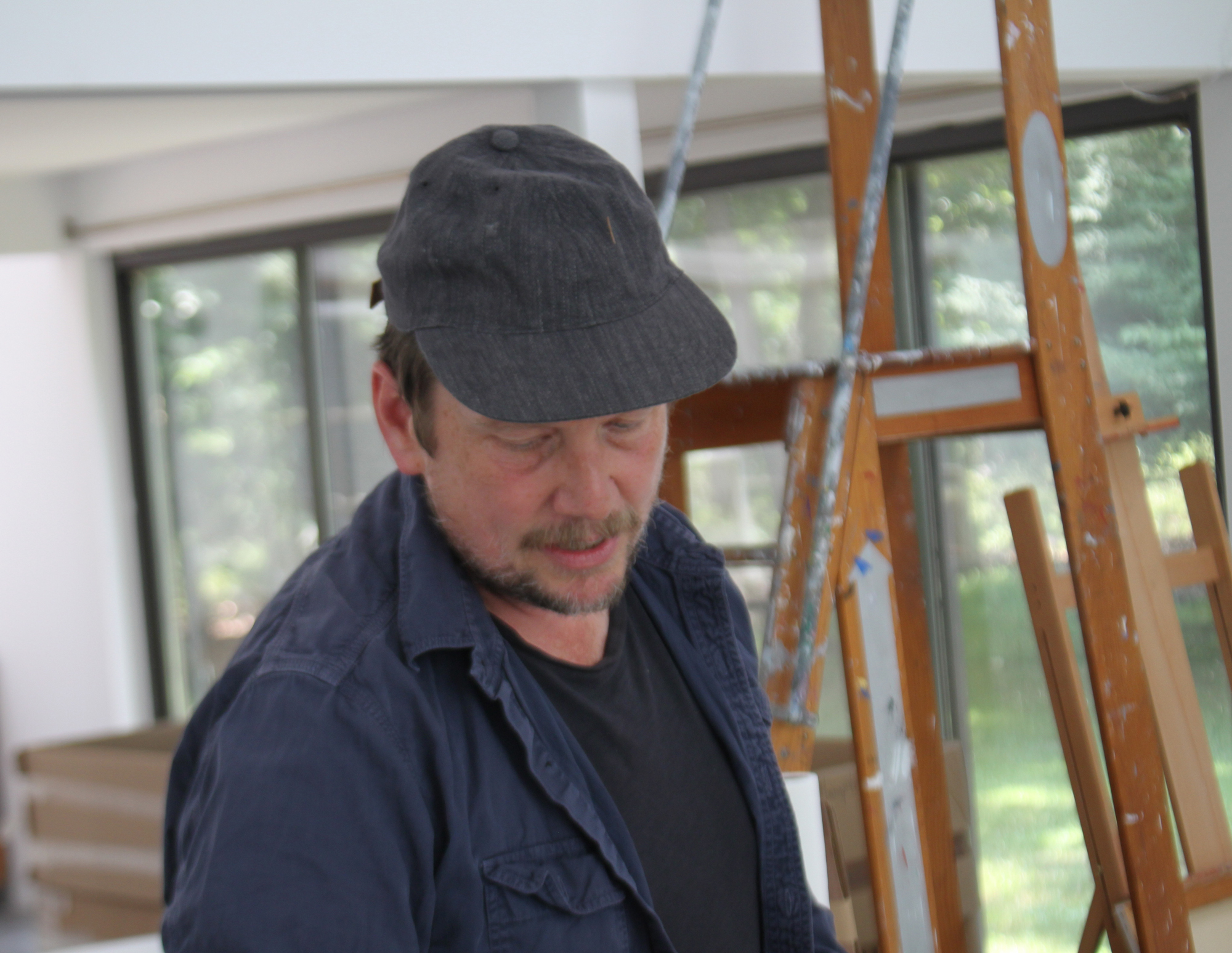 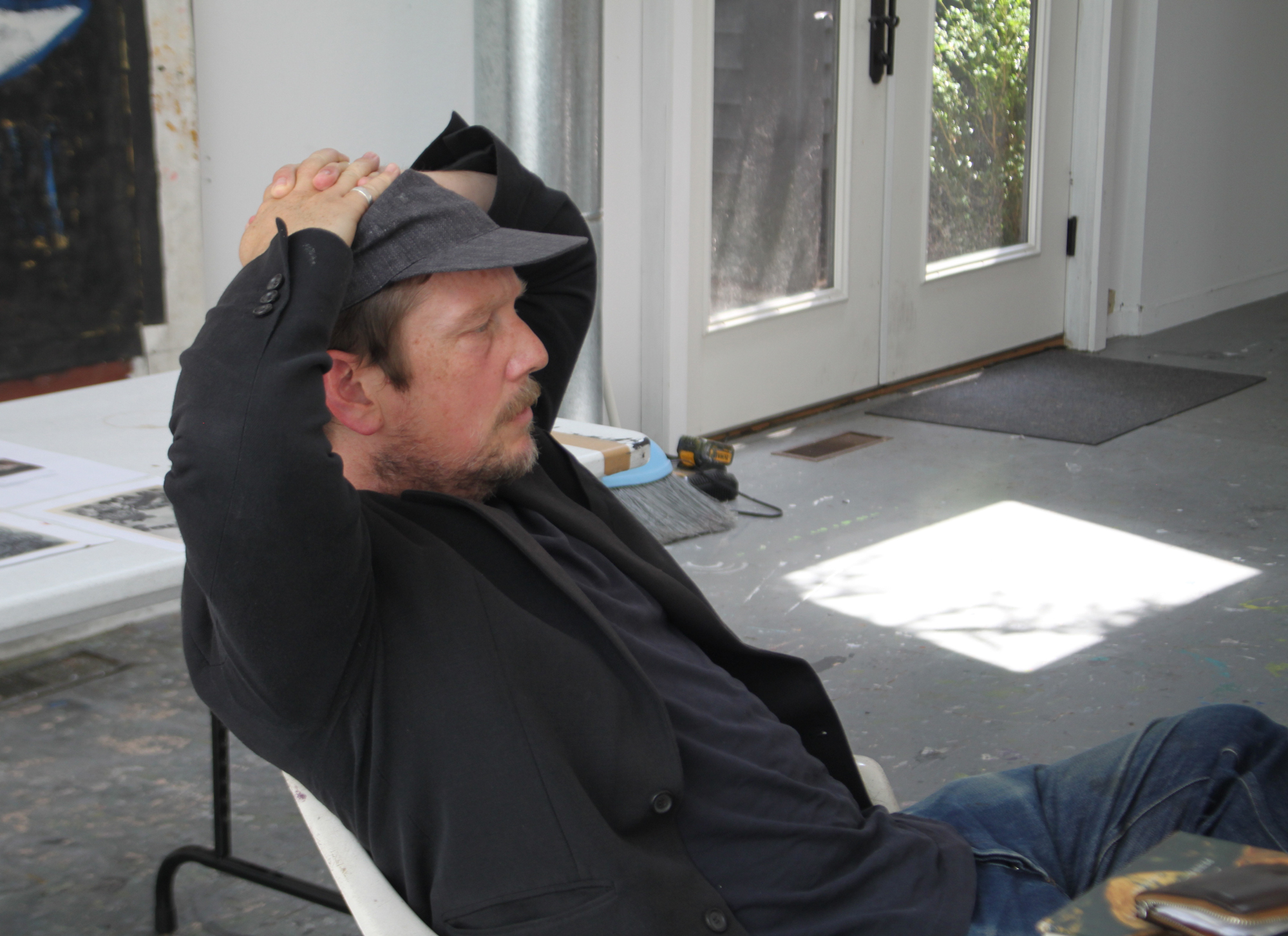 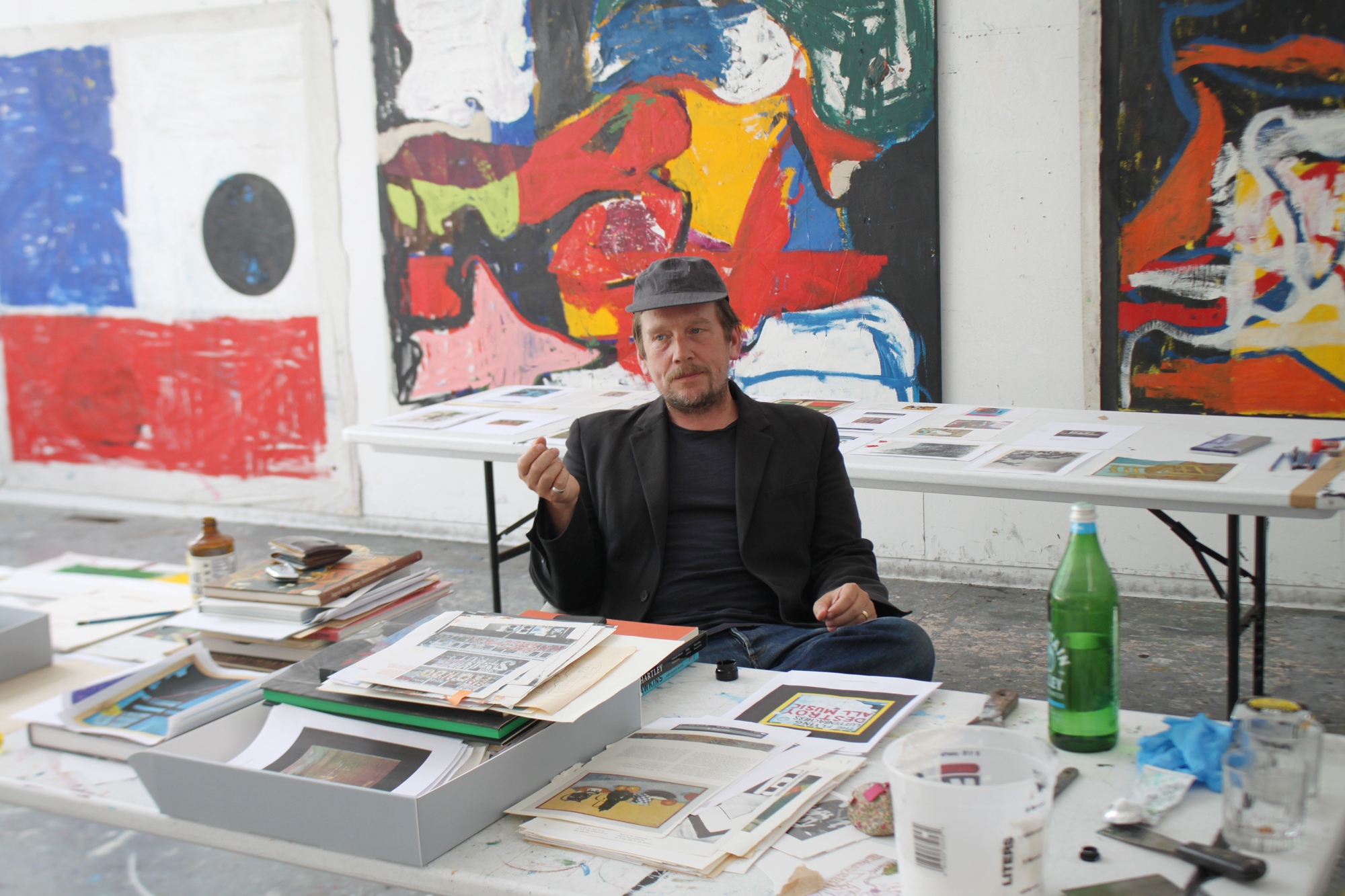 From the outside, it appears to be a fairly unassuming house on a fairly quiet road, situated, as it is, on a tree-filled lot deep in Northwest Woods just outside East Hampton Village.

But inside, there’s a whole lot of history going on.

The property once belonged to Elaine de Kooning, and it’s here that she came to be an artist in her own right, separate from her famous painter husband, Willem de Kooning, who lived and worked in Springs on the other side of Three Mile Harbor.

Elaine De Kooning purchased the property in 1975, the same year she reconciled with her husband after years of separation, and three years later, she added the large studio space to the house. The studio was a sanctuary for her and it was here that Elaine de Kooning, who died in 1989, created her final important bodies of work — the “Cave Walls” and “Cave Paintings” (1985-88), which were based on images she had seen in the Lascaux caves of France.

Now, with the pandemic gripping the nation, in recent months the property has, once again, served as something of a sanctuary, this time for another artist — abstract painter Joe Bradley.

Since 2011, the Elaine de Kooning House has hosted informal artist residency programs, and throughout the spring, summer and into fall, Bradley spent his days in the studio, painting colorful imagery on massive unframed canvases in preparation for his exhibition at Eva Presenhuber Gallery in Zurich, Switzerland, which opened in September.

This is not his first time working at the Elaine de Kooning House. In fact, he was one of the first resident artists to use the space after the program was started by Chris Byrne, who now owns the house.

“I think Chris saw it would be useful for artists in the city who wanted to get out of town for a while,” Bradley explained during a recent interview at the house. “It was artists he was interested in or who he had a personal connection to. I was here pretty early on — just the second or third person to come here. A number of artists I work with at the Canada Gallery in the city have been here since.”

But none have been here to escape a pandemic before. Bradley, who has been based in New York City for 20 years, explained that in March when COVID-19 hit the region hard, he and his wife Valentina Ackerman left the city with their four children, ages 1 to 16, and moved into their house in Amagansett.

They’ve been here ever since.

“We came out here to ride out COVID,” he explained. “I had a group of paintings I had been working on for Zurich and I knew I had to get back to them. The first few months of quarantine, I didn’t work. I was trying to stay safe with my family.

“Then I started poking around looking for a studio. I thought maybe I’d call Chris, and as luck would have it, this space was empty,” said Bradley. “That worked out beautifully, because I had worked in the space before and I hit the ground running.”

Bradley was able to use the Elaine de Kooning House to complete the 10 paintings and 46 drawings that made up “Sub Ek,” his fourth solo exhibition at the Eva Presenhuber Gallery. It’s an ideal studio space for an artist like Bradley, who works large and often simultaneously paints on multiple unframed canvases lying on the floor. The large bank of angled windows offer an expanse of glass facing north and bring in tons of natural light, which brighten the space and serve an artistic purpose as well. Much different from working in the loud environs of New York City.

“It’s much more quiet out here,” Bradley agreed. “It’s nice to do a little painting and then step outside and be someplace quiet and peaceful. This is a great room, and the light is special.”

When asked if the stress of escaping the pandemic with his family had any effect on the work he created for the exhibition, Bradley said, “The paintings for the Zurich show were pretty deep in progress by the time the virus hit, and it’s difficult to know whether that experience had any impact on how they looked or felt.

“It was almost there and was more like polishing them.”

But even after the work for the show was completed and shipped off to Europe, Bradley continued to paint in the space, spreading unstretched canvases around the floor as he started several new pieces at once.

Because they aren’t framed until they’re completed, Bradley’s paintings are easy to store and transport, too, and when he’s not working on them, he can stack them or roll the canvas sheets up and hide them away. When asked if the colorful abstract imagery on the many new canvases he was working on were interrelated, Bradley ponders the question a bit before responding.

“I think they do relate to one another. There is sort of a motif or something in my mind and I think it’s helpful to take that and smear it out over several paintings,” he said. “These ideas, though not much of an idea, are to use the still life as a way into the painting. The space that still life painting has, it feels like it’s shallow, but the edge of the table looks like a horizon line and it can slip into deep landscape space.

“I think that’s the thing that holds them together,” he adds. “But mostly it’s just the palette — the colors I like to use. These feel sugary, candy-like.

“Abstract painting is hard to talk about,” he concedes. “At this point, there’s some sort of momentum in the work that seems to be driving it. The stuff that went to Zürich did feel heavier.”

Perhaps working in Elaine de Kooning’s light-filled studio in the woods is just what Bradley needs to get through these strangest of days.

“I’m just enjoying this moment. I have some left over creative energy and some paintings to work on — and I’m not too concerned about the next show,” grinned Bradley.