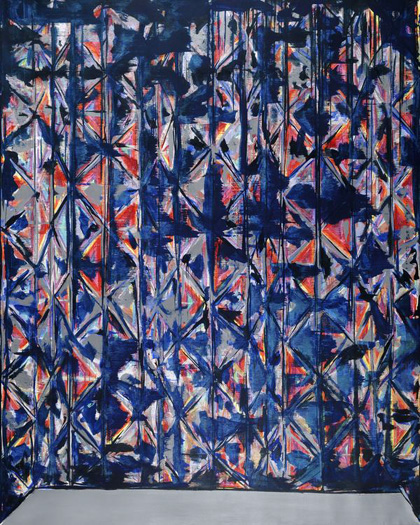 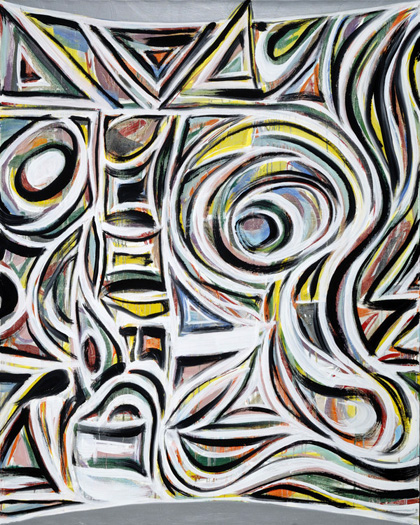 "Anatomy of the Lonely" by Richmond Burton. 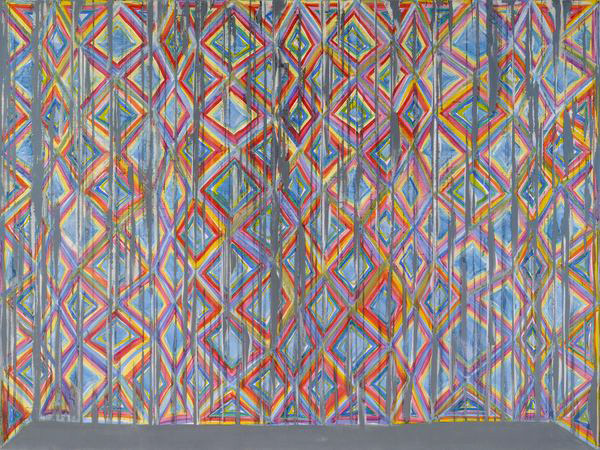 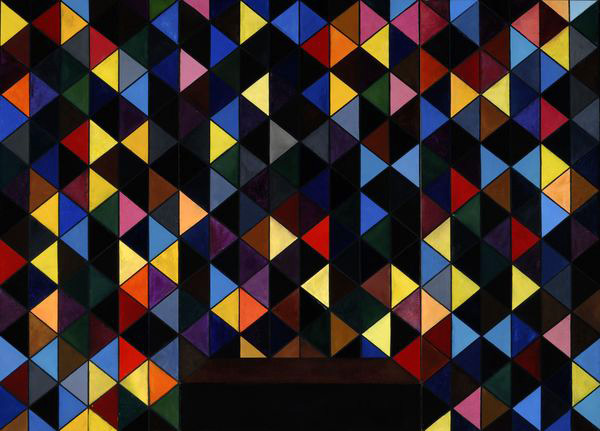 Surrounded by the stark, blank white walls of his artist’s studio in East Hampton, last Monday Richmond Burton packed his paintings carefully in crates. Rain beat heavily on the wide-paned glass ceiling as he placed his most prized possessions in boxes of acid-free paper.

Mr. Burton, an artist who has lived in the Northwest Woods for nearly 13 years, has wanted to move away for nearly four years (the East End is not the rich mine he had hoped it would be, he said) but he couldn’t manage to sell his house. He even went so far as to try to give his home back to his mortgage holder, but the bankers wouldn’t take him up on the offer. During the last week of February, he finally moved out of his home on Alewive Brook Road after a long struggle with his bank.

“I got out of my trap, so I’m not afraid to speak out,” said Mr. Burton in an interview during his last few days at his former home.

foot three-bedroom house was for sale from 2007 to 2009 before Mr. Burton, in an act of desperation, offered to give it back to the bank, he said. The artist was told that the bank was not interested, even though the house had an appraised value over the amount of the mortgage. As a last resort, and to encourage the bankers to negotiate, Mr. Burton said that he ceased making payments.

The house was once owned by Elaine de Kooning, who purchased it in 1975 after reconciling with Willem de Kooning, and three years later, she added a large, light-filled artist’s studio. Mr. Burton rented the property in 1998 and bought it in 2000. He has lived there and continued to paint there full time ever since, selling primarily through galleries and contacts here and in Manhattan—one of Mr. Burton’s paintings is in the Museum of Modern Art collection. He’s also has had two shows at The Drawing Room in East Hampton.

After 10 years here, Mr. Burton said that he decided to leave town “for personal and business reasons.” He reported that back in 2007, he originally listed the property at $2 million. When the property did not sell, in spite of interest from several people, he lowered the price, finally listing at $1 million.

“But I don’t know if that was a good idea, because the prospective buyers always offered lower,” Mr. Burton said. The house went into contract three times, but each time, the buyer backed out.

After two years on the market, Mr. Burton said that he ran out of patience.

“In September of ’09, I offered my home to the bank, deed in lieu,” he reported. “My mortgage was not underwater. But the bank refused the deal. Then, I saw behind the green curtain. As it turns out, my mortgage was not owned by the bank, but had been repackaged to investors. The bank couldn’t deal directly with me, because they did not have the authority to do so.”

Stopping his mortgage payments did nothing to inspire the bank to renegotiate terms or take the home. A year ago, Mr. Burton talked to a friend, a gallery owner, who was interested in buying the house for just under $1 million. This prospective buyer hired a lawyer to work with the bank. There continued to be formidable problems, as the investors who owned the mortgage were unenthusiastic, according to Mr. Burton.

“At one point, even the lawyer gave up,” he said.

Just three months before Mr. Burton stopped paying his mortgage—in June 2009—Guild Hall, WLIU radio and the Artists and Writers of East Hampton held a conference called “In it Together: Art and the Economic Crisis: What is This Economy Doing to the Historic Arts Scene in the Hamptons? Find Out!”

Steve Haweeli, president of WordHampton Public Relations, was on a panel at that particular conference. He said that he remembers several initiatives proposed to help artists in the area. One was to place paintings in storefronts that were empty in the winter.

“Someone’s got to take the bull by the horns,” Mr. Haweeli said during a recent phone call. “But who has the time?”

The solution isn’t as easy as it sounds, he added, there’s a lot of leg work that needs to be done.

“It involves tracking down individual landlords of individual buildings ... They may be in Florida,” Mr. Haweeli said. “It would take someone who is independently wealthy who has a commitment.”

On the Artists and Writers of East Hampton website (aweh.org), the following statement appears: “The Town Board is actively pursuing an ‘Art in the Windows’ program to install works by East Hampton Town artists in the empty storefronts—an idea that came out of AWEH’s conference on Art and the Economy. AWEH has put together a concrete proposal to help advance this promising project. We want to work with all artists, arts groups and institutions in our community to make the ‘Art in the Windows’ a success for the Town, Village and Arts community of East Hampton.”

“There is a love of the artists in the area,” Mr. Haweeli said. “The economy is improving. I look at our galleries that have all these wonderful offerings and I’m optimistic.”

Mr. Burton had another suggestion about how to bolster the East End’s artistic community.

“What’s really needed here is a whole summer festival like the one in Santa Fe,” Mr. Burton suggested. He added that he feels good about his volunteerism to support the arts community while he has been here. A few examples of his support of the local art scene: Mr. Burton had students from the Ross School visit his studio as part of their senior projects and he held a one-day class on sketching at the school.

Jesse Frost, who lives and works in the Springs where she runs Art and Estate Archive, an arts management business, said that artists and the East End go hand in hand.

“The wide variety of arts professionals who live here, like Richmond Burton, are a vital part of the East End’s cultural and economic growth. It is up to these artists to sustain the rich artistic legacy of the Hamptons, but they need the support of community leaders and local institutions in order to survive here,” she said.

As for Mr. Burton’s problems, he said that not long ago he was finally able to gain some traction. The Huffington Post reached out to individuals like him and asked them, via social media posts, to be part of a story about delinquent mortgage problems. As a result, he was introduced to “Meetup,” a national social networking site that encourages people to organize get-togethers to discuss mutual interests.

In the end, the good news is that his former home will remain in the hands of someone in the creative community, Mr. Burton reported. One of his artist friends from New York has purchased the house.

“It has a happy ending,” Mr. Burton said. “My credit rating wasn’t ruined, the bank got a good deal, and the lawyer for the buyer negotiated a sale where I would not be liable for penalties once the closing took place.”

As for Mr. Burton, in his spare time he is helping artist Holly Hinman write a screenplay about Ms. de Kooning. And now he is on his way to Santa Monica, California, where he will arrange a show of his work before resettling in Brooklyn. To make the trip from the East to the West Coast, he is driving his 2004 Chrysler convertible (“I traded a painting for the car,” he explained.) cross-country with his dog, Jeff, by his side.