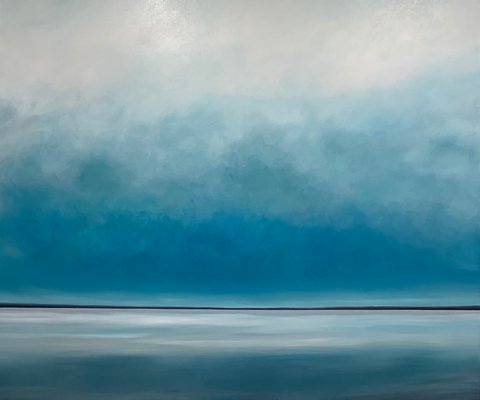 A painting by Kurt Giehl.

“Three Roads, Three Artists” is an exhibition featuring work by Kirsten Benfield, Kurt Giehl and Daniel Vernola that will be on view from August 12 to 15 at Ashawagh Hall in Springs, a site defined by, as the name of the show suggests, a place where three roads converge and a trio of artists are coming together to present a collection of oil paintings and watercolors.

Originally from New Zealand and now working in East Hampton, Ms. Benefield’s style is revealed through her collection of oil paintings and watercolors that explore her memories of travel.

Mr. Giehl, who formerly worked on Wall Street and now resides in East Hampton, has a collection of seascape paintings that can be described as calming and tranquil. The work is done with a combination of oil and acrylics.

Mr. Vernola, an abstract-expressionist, works in New York City as an arts educator and he currently maintains a studio in Amagansett. He has exhibited internationally and in a statement said that his art "seeks to leave this earth and make an entirely new world.”

Ashawagh Hall is located at 780 Springs Fireplace Road in East Hampton, and the exhibition takes place from Monday, August 12, through Thursday, August 15. A reception will be held on August 15, from 5 to 9 p.m.