Astrologer Kate Plumb Looks To The Stars For 2021 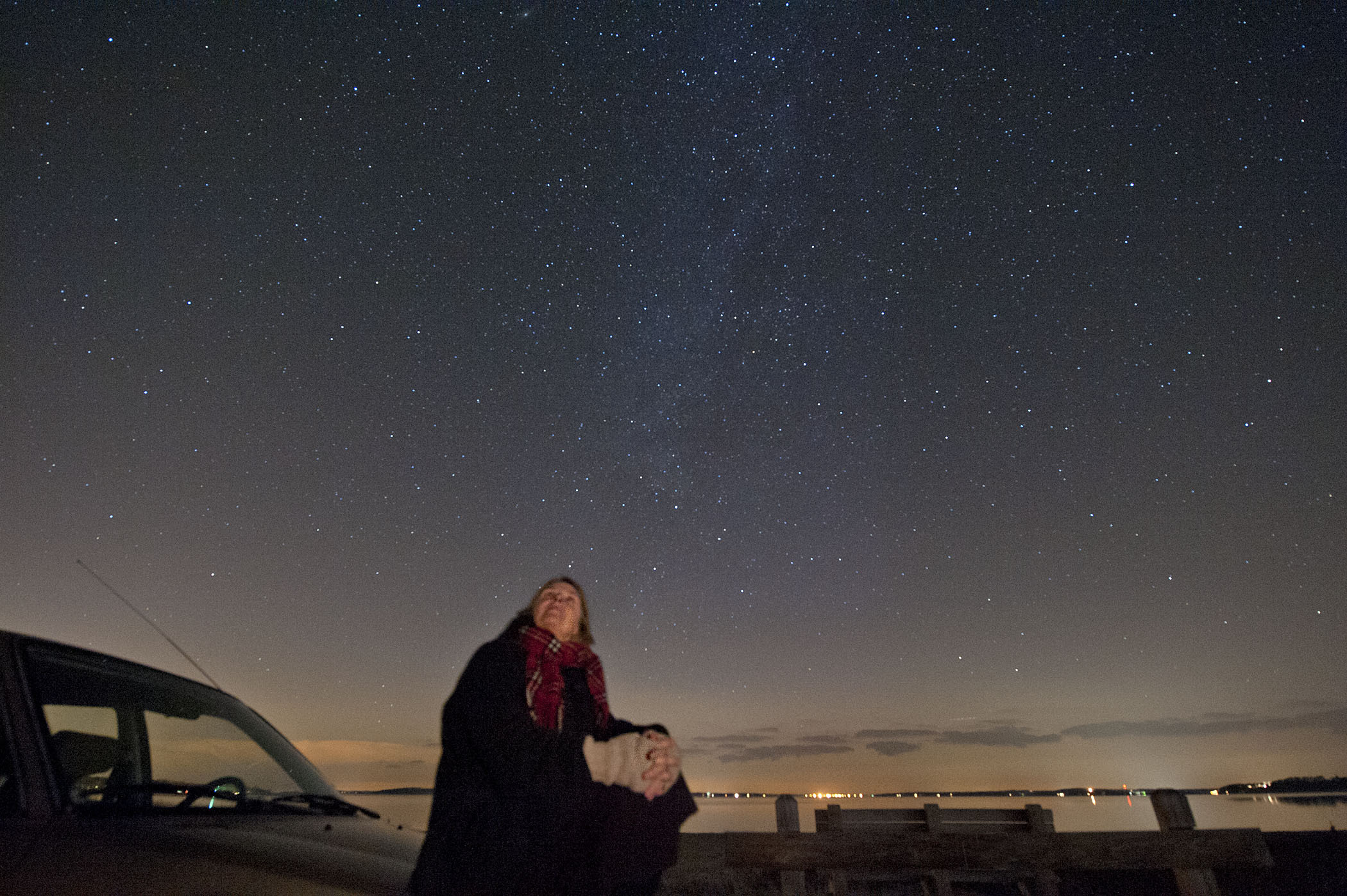 Kate Plumb studying the heavens back in December 2012.

For Kate Plumb, the future is written among the stars.

With the closing of a tumultuous year, to say the least, the Sag Harbor astrologer has turned her sights toward 2021 and her gaze upward, looking to the cosmos for clarity on what’s to come.

“There’s meaning in the universe and things are unfolding the way they should be. It’s that faith that’s so important to have: ‘Okay, somehow I might not understand what’s happening now, but in time, I will,’” she said. “It’s that sense of faith in the spiritual world, if you will, that sense of faith in the unfolding process of your personal life and also this country and the world. It can be very dark otherwise.”

Desperately seeking the answers to what once plagued her, it was 1969 when Plumb first found herself sitting across from a local astrologer in Brooklyn Heights.

“I was in a lot of pain. I was 21 and I didn’t quite understand why I was in so much pain,” she recalled. “And so, I went to my first astrology reading and he just said things to me that no one had ever said before, but were absolutely true. And he helped me understand what was going on in my life. So immediately after that, I started studying astrology.”

Celebrated astrologers, including Alan Oken and Zoltan Mason, became her teachers, as did the stars themselves. Astrology is a living language, she explained, constantly moving and revealing parts of the psyche as time ticks on. It is an endless journey of self-discovery and humility, she said, one filled with mystery and magic.

“It’s a kind of a topic that can stay with you for the rest of your life,” she said, “because there’s always something to learn.”

When Plumb dove into astrology — the pseudoscience founded on understanding the positions of stars and planets — it was more a psychological tool, a way to better know oneself and others. While that remains true, astrology has also pivoted toward forecasting, or predicting what is to come — a throwback to its ancient Greek origins.

And as far as 2021 is concerned, “It’s not going to be as traumatizing as, I think, this past year was,” Plumb said.

Her cautious optimism started with the “Great Conjunction,” the rare alignment that, many astrologers believe, signals the dawn of the transformative Age of Aquarius. Representing broadening horizons and strict boundaries, respectively, Jupiter and Saturn entered Aquarius in late December and aligned at zero degrees, marking the first time in nearly 800 years that the two largest planets in the solar system have met this closely — a connection thought to inspire social, political and ideological change.

That said, buying into the idyllic, peace-and-love paradise typically associated with the Age of Aquarius would be a mistake.

“The Aquarius, the Taurus, the Scorpio and the Leo are where the action’s going to be in 2021 because the cardinal signs — Capricorn, Cancer, Aries and Libra — had most of the trouble the past year, the past three years actually. But now it’s going to go to a different group of people that are very stubborn,” she said. “The cardinal signs initiate things, they initiate the seasons, and when you get to the fixed signs, they’re the middle of the seasons, so they’re more stuck. Those signs are going to be much more affected by what’s happening in 2021 than they were, so the cardinal signs get a break from the hot seat.”

With Saturn’s hard work, structure and rules, and Jupiter’s forward-thinking tendencies, Aquarius is still a “fixed” sign — associated with stability, determination and, on the flip side, rigidity— which could cause staunch advocates on either side of big-picture issues to dig in their heels.

Plumb encourages them to resist that urge.

Eight centuries ago, the world experienced a similar shift — from the Medieval Age to the Renaissance, a time when ideas and technology suddenly reigned superior, and human relationships took priority.

“The ideas we have are creating our reality; it’s not so much about producing things,” Plumb said. “How we’re treating people becomes more important — and you see it everyplace, certainly with Black Lives Matter and facing our past in America and making atonement for that in our own personal way, but in a societal way also. So we’re entering this time of a brand new social contract.”

With that, Plumb expects even more tension between liberal and traditional viewpoints. In late 2017, the astrologer predicted that in December 2020, “we will be entering a 12-year period when the government will be in tune with the collective and its cultural needs” — which she still feels is coming to fruition.

“It’s not like, all of a sudden, we’re gonna wake up and it’s gonna be a dawning of a new age. It doesn’t come from the outside, it comes from the inside. It comes from the individuals,” she said. “The old and the new are going to continue to be at odds. The progressive versus the conservative, I think that will be a theme. The changes they want to happen are, at certain points, going to meet some kind of resistance and there’s gonna be a struggle for making changes.”

At this juncture, the entire globe has faced immeasurable change due to the COVID-19 pandemic and beyond, forcing the world population to embrace professional, economic, health, social, romantic and familial challenges — while walking the line between pragmatism and hope.

A Long Strange Trip To The East End

To call Dark Star Orchestra (DSO) a Grateful Dead cover band would not quite do ... 9 Aug 2022 by Emily Weitz

Ali Stroker was never destined for an ordinary life. When a car accident left her ... by Emily Weitz

New Positions At The Parrish

On Sunday, August 14, at 10:30 a.m., multi-disciplinary artist Bastienne Schmidt will be the next ... by Staff Writer

In this era of rampant misinformation, who has the right to determine what’s true? Who ... by Annette Hinkle

The 18th annual Authors Night to benefit the East Hampton library will be held on Saturday, August 13. Author’s Night features a hundred authors from all different genres, including Carl Bernstein, Tina Brown, Robert Caro, Katie Couric, Nelson DeMille and Tia Williams, who are being featured as honorary co-chairs of the event. “This is the best group of authors that I think we have ever had,” said Sheila Rogers, chair of the East Hampton Library Board. “I probably have said that every single year, but this an outstanding group. “It is really across all areas of reading,” she added. This ... 8 Aug 2022 by Julia Heming

After Hours At The Church

Meet And Greet Sheri Pasquarella At The Church

The Church will host a morning Meet and Greet with Sheri L. Pasquarella, the organization’s ... 5 Aug 2022 by Staff Writer

‘No Place On Earth’

In 1993, American cave explorer Chris Nicola was some 70 feet underground in Popowa Yama, ... by Staff Writer
×