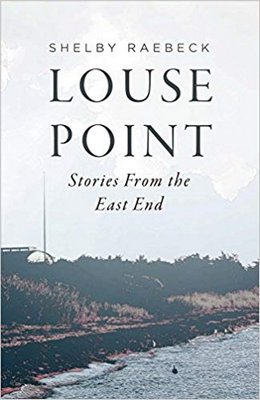 "Louse Point: Stories From the East End" by Shelby Raebeck.

On Thursday, June 27, at 6 p.m., author Shelby Raebeck will read from his work at Canio’s Books in Sag Harbor. He will be joined by local actor Gerard Doyle, and together they will read and perform two short stories from Mr. Raebeck’s collection, “Louse Point: Stories From the East End.” One story is from the point of view of a disenchanted student and one is a dramatic monologue performed by Mr. Doyle who plays a rabble-rousing teacher. Both pieces present fierce, colorful challenges to the establishment and contain adult language.

Mr. Raebeck, who grew up on the East End and later returned, is the author of “Louse Point: Stories From the East End” as well as the new novel “Sparrow Beach.”

Mr. Doyle is a classically-trained actor with numerous film and stage credits (including the English Shakespeare Company), and is the narrator of numerous award-winning audiobooks.