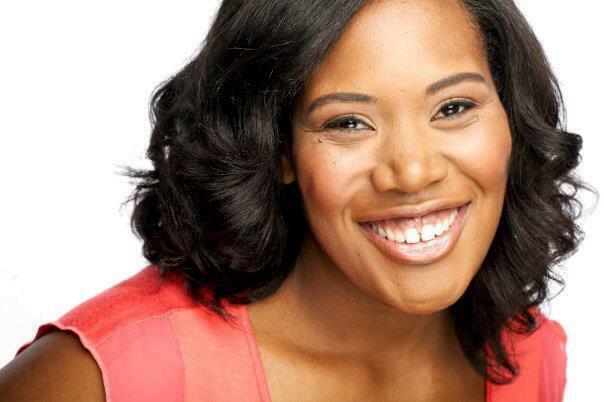 Andrina Smith directs a staged reading of “Africaville” on August 15 at Guild Hall. 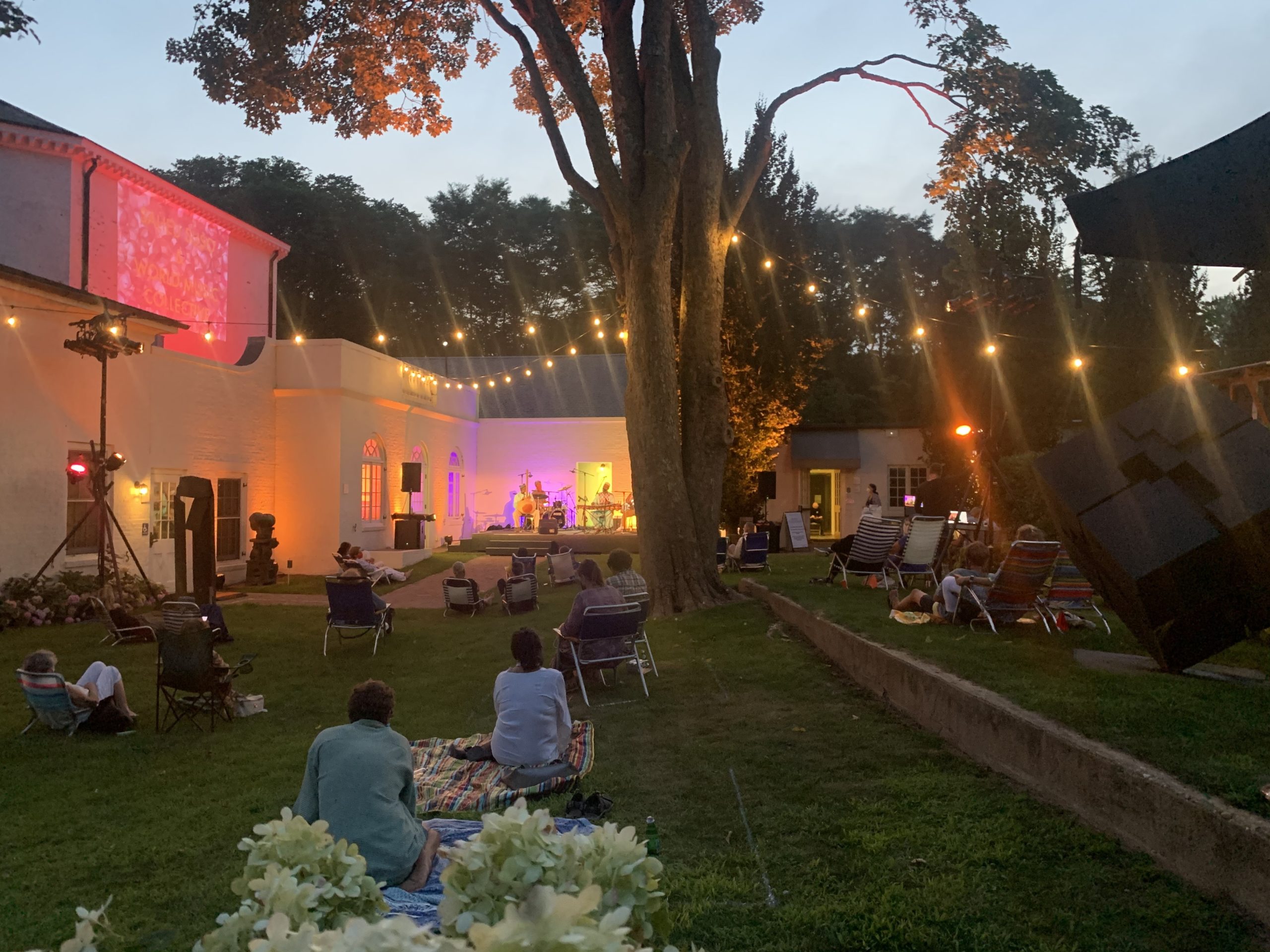 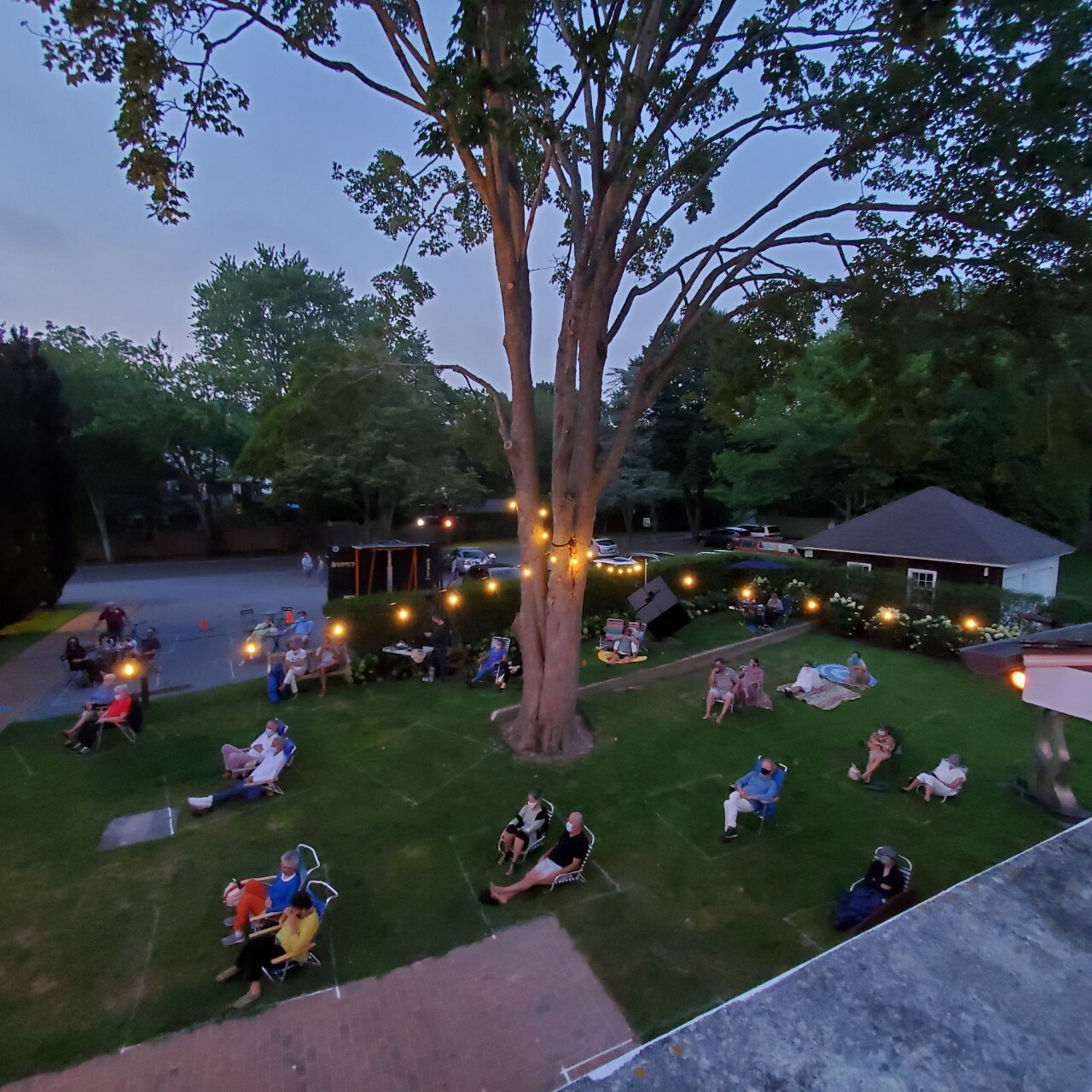 Guild Hall is pleased to inaugurate the John Drew Backyard Theater (JDBT), a space in the Furman Garden that allows for socially-distanced outdoor performances.

Throughout August and September, there will be a range of offerings — from intimate concerts to staged readings.

For the comfort and safety of the audience, capacity is under 50 including staff and performers, two-person lawn squares are distanced 6 feet apart, and patrons are asked to bring their own blankets or beach chairs.

“Experiencing the joy of live performance is fundamental to the emotional and spiritual well-being of artists and audiences alike,” said Josh Gladstone, the artistic director of Guild Hall’s John Drew Theater. “I’m proud that we’ll regain some ground here, right in our own backyard — a beachhead in the ongoing battle against this rotten plague — and that we’ll light our lamps again and invite people to return to Guild Hall. Consummate artists like Laurie Anderson, Mercedes Ruehl, GE Smith, Harris Yulin and more — our friends and neighbors — rally to the call with more surprises being added to our Backyard Theater’s schedule regularly. Keep your eye on guildhall.org and join us for the return of fun.”

Sister Poets read and converse about their new books that tread the fine line between grief, hope and love. Jill Bialosky is the author of “Asylum: A Personal, Historical, Natural Inquiry in 103 Lyric sections” and Kathy Engel is the author of “The Lost Brother Alphabet.”

A dramatized reading from Jeffrey Colvin’s new novel “Africaville,” produced by Christine Sciulli and presented in partnership with The Church; Arts Center at Duck Creek; The East Hampton Star and Canio’s Books.

Find out what happens when Little Red gets mixed up with Porquoi the pig who is in the wrong story. Complete with changing scenery, music and charming hand puppets, this show will have audiences ratting on the wolf and cheering Little Red to safety. Appropriate for families with children ages 3 to 7.

A deeply heartfelt, sharply funny new play. Starring Ida Esmaeili and Nate Janis and directed by Rebecca Miller Kratzer, when Will’s professor leads him to seek out Alina’s insight for his paper on Iran, he has no idea that he will meet the love of his life. However, Alina’s visa renewal gets denied early in their relationship and they have life-changing choices to make.

Friday, August 21, at 8 p.m. — PLAY IN THE BACKYARD: “Albert Camus’ The Fall,” a dramatization by Alexis Lloyd starring Ronald Guttman

“You can never really prove anybody’s innocence, but you can be sure we’re all guilty.”

In Alexis Lloyd’s solo theatrical adaptation of Nobel Prize-winning French author Albert Camus’ “The Fall,” New York-based, Belgian-born actor Ronald Guttman takes on the role of anguished, exiled Parisian lawyer Jean-Baptiste Clamence, transporting his audience to the last circle of Hell: Amsterdam’s red-light district, circa 1956. Related in casual conversation to an unexpected interlocutor and set against the backdrop of the Second World War, this adaptation of Camus’ last complete work of fiction invokes the fall of man from the Garden of Eden as it explores themes of culpability, shame and regret.

Saturday, August 22, at 8 p.m. — PLAY IN THE BACKYARD: “The Gin Game” by D.L. Coburn starring Mercedes Ruehl and Harris Yulin

This winner of the 1978 Pulitzer Prize for Drama, which originally starred Jessica Tandy and Hume Cronyn and was later revived with Julie Harris and Charles Durning, uses a card game as a metaphor for life. Weller Martin is playing solitaire on the porch of a seedy nursing home. Enter Fonsia Dorsey, a prim, self-righteous lady. They discover they both dislike the home and enjoy gin rummy, so they begin to play and to reveal intimate details of their lives. Fonsia wins every time, and their secrets become weapons used against one another.

Sunday, August 23, at 8 p.m. — PLAY IN THE BACKYARD: “Heisenberg” by Simon Stephens directed by Austin Pendleton and starring Irene Glezos and Albert Insinnia

Amidst the bustle of a crowded London train station, Georgie spots Alex, a much older man, and plants a kiss on his neck. This electric encounter thrusts these two strangers into a fascinating and life-changing game. Tony Award-winning playwright Simon Stephens presents a refreshing look into just how unpredictable life can be, especially when examined closely. Directed by Tony Award-nominated and Drama Desk Award-winner Austin Pendleton, this staged reading stars Broadway and TV veteran actors Irene Glezos and Albert Insinnia.

Puppeteer Liz Joyce and her cast of lovable characters present a puppet adventure that explores the mysterious life found inside soil. Appropriate for families with children ages 3 to 7.

Join JDBT for exclusive live performances hosted by John Loeffler to celebrate the release of GE Smith and LeRoy Bell’s new album “Stony Hill.” Among the hits to be played is the stirring new song, “America.” The track is a mellow blues tune that moves with a heavy groove and allows Smith to peel off plenty of intricate guitar licks. Bell, meanwhile, tackles the song’s titular subject with a moving vocal performance to match his brutally honest lyrics about the state of American democracy. “America” marks the second offering from the album and follows the musicians’ take on the traditional folk ballad, “Black Is the Color,” which was released earlier this summer.

Guild Hall is at 158 Main Street, East Hampton. Visit guildhall.org for more information on programs as they are added.