Barking Beauty Pageant Coming To The Hamptons For Its Second Year 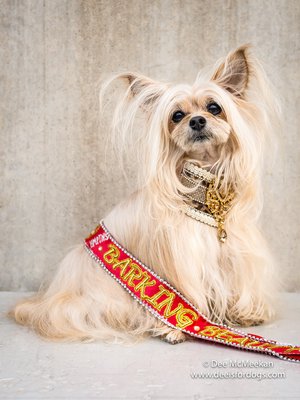 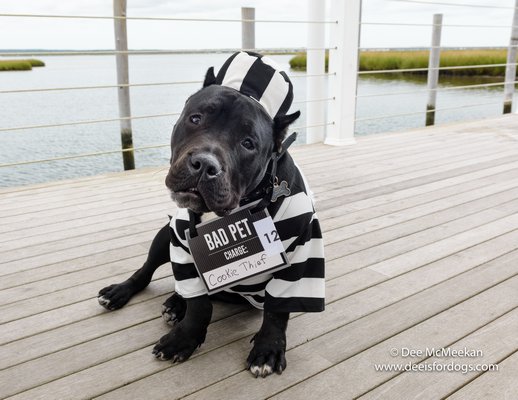 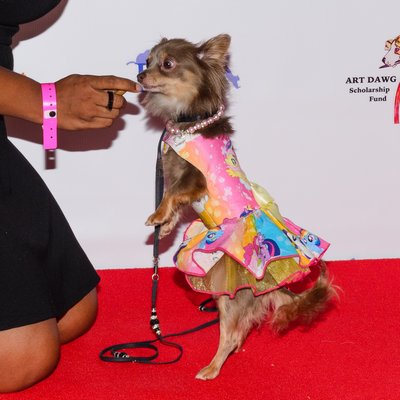 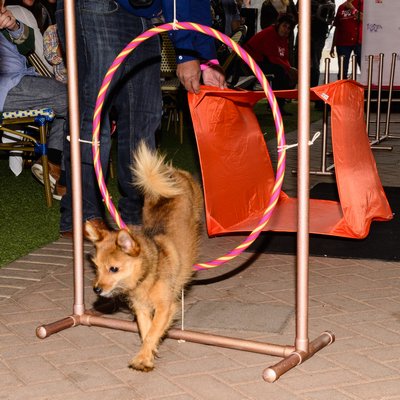 Andre showing off his talents during the 2018 Talent Competition. He was the talent winner.

Every dog is beautiful, but only one pup gets the Barking Beauty sash at this pageant. Last year, a yorkie poo named Puccini took the honor.

Though there may be just one top dog in this contest, many others will be crowned throughout the evening of Thursday, August 29, at the Westhampton Beach Performing Arts Center (WHBPAC). The annual Barking Beauty Pageant is a contest that's all about canine personality, cuteness and, ultimately, raising money for local causes. This year’s beneficiaries of are RSVP Inc Animal Welfare & Rescue Group and the WHBPAC Children's Arts Academy. Eleven prizes will be awarded to contestants in a range of categories and all the human attendees will likely leave the theater with a smile on their face.

“We combine the dog show idea with the human pageant idea and the trick thing people love to see dogs do,” said the founding director of the Barking Beauty Pageant, Leslie Kennedy. “It’s like Miss America for dogs.”

There are four categories that determines which dog gets the Barking Beauty sash, including photogenic, activewear, glamour wear and talent competitions. There are also additional competitions that are optional.

“I had not heard of an actual pageant where dogs can compete in more than one category like a human pageant,” Ms. Kennedy said. “And I still haven’t heard of it. I think we’re the only ones who do it like this.”

As if dogs in cute outfits raising money for local causes was not enough of a draw, a dog named King Mufasa, who benefited by proceeds from last year’s pageant to help pay for surgery to fix his compromised legs, will be competing in this year’s pageant. He is currently staying with a foster parent who volunteers at RSVP Inc.

Ms. Kennedy founded the Barking Beauty Pageant in 2006 when she was involved in a group called Stone Soup Kitchen Theatre. The organization needed some fresh fundraising ideas and Ms. Kennedy remembered that she did pageants as a teenager, competing in the Miss America system. She was also a dog owner. Dogs and beauty pageants were the ultimate combination for Ms. Kennedy, and apparently for many other dogs and owners.

“My dog was the inaugural barking beauty,” Ms. Kennedy said. “She was my inspiration to start the pageant.”

She joked that having her dog, SalliSue, compete now would not be fair because “she’s the most beautiful dog.”

From 2006 to 2012, the Barking Beauty Pageant was held in New York City, attracting dog owners and pups alike from across the East Coast to compete in this event.

Ms. Kennedy took a hiatus in 2012 to learn more about operating a business. During that time she married Scott Kennedy, a sculpter, and in 2013, moved to Westhampton Beach from New York City.

“This is the most dog friendly town I’ve ever been in,” Ms. Kennedy said. “I’m just so excited about bringing the Barking Beauty Pageant here.”

The pageant resumed in 2018 at Dockers Waterside Marina & Restaurant in East Quogue.

“It’s just so much fun,” Ms. Kennedy said. “It’s just silly fun and it’s all about loving that animal, loving kids and celebrating that bond between that pet parent and their fur baby.”

The Barking Beauty Pageant will take place at the Westhampton Beach Performing Arts Center, 76 Main Street, Westhampton Beach, on Thursday, August 29. An opening cocktail reception at 6 p.m. will feature free hor d'oeuvres, a cash bar and a chance to meet the contestants, judges and other dignitaries, with the pageant to follow at 8 p.m. Tickets for the cocktail hour and pageant are $75 and tickets for the pageant only are $60. More information can be found online at barkingbeautypageant.org or whbpac.org.