Before The Dots: Exploring Roy Lichtenstein's Early Years At The Parrish - 27 East

Before The Dots: Exploring Roy Lichtenstein’s Early Years At The Parrish 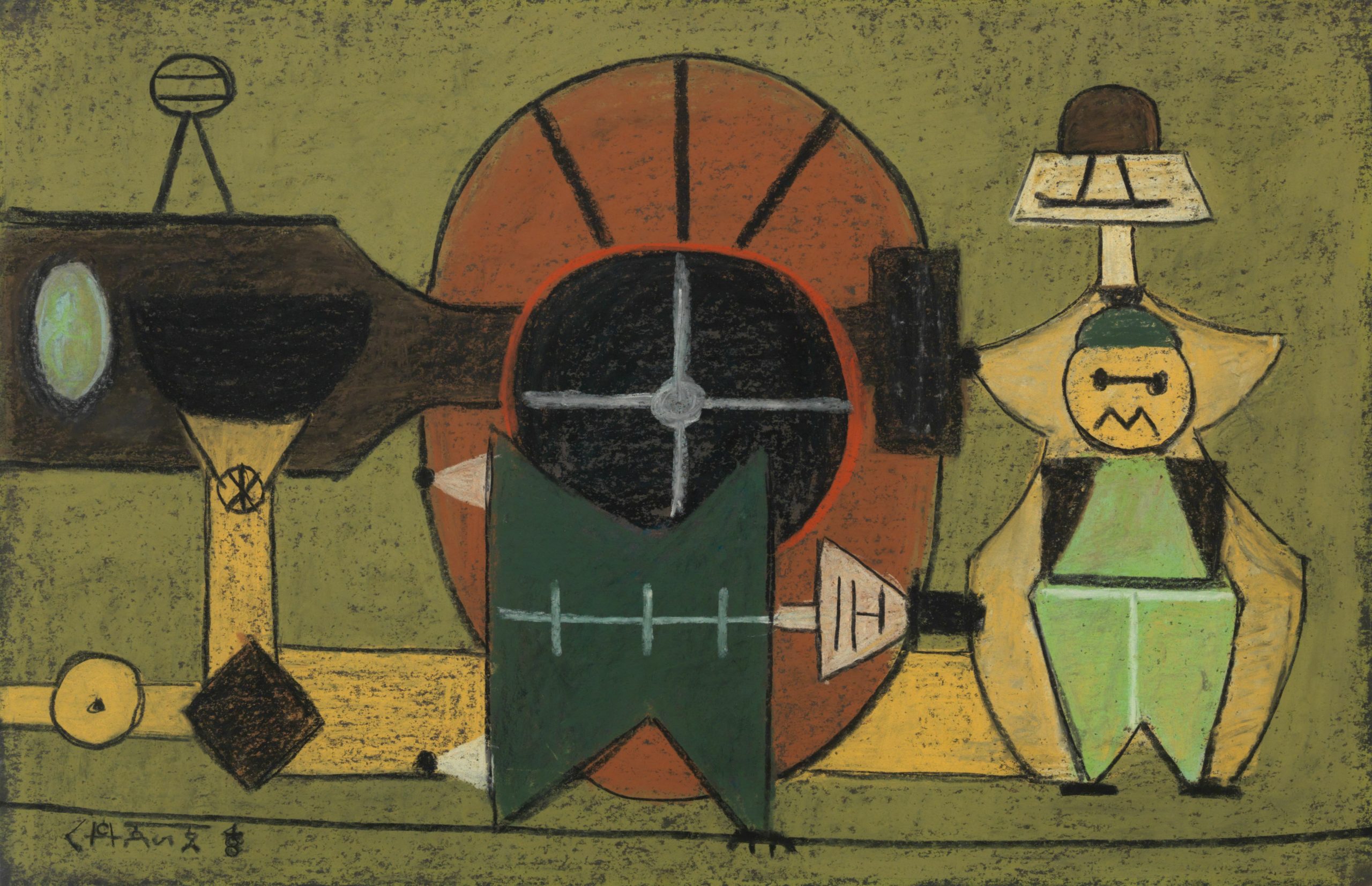 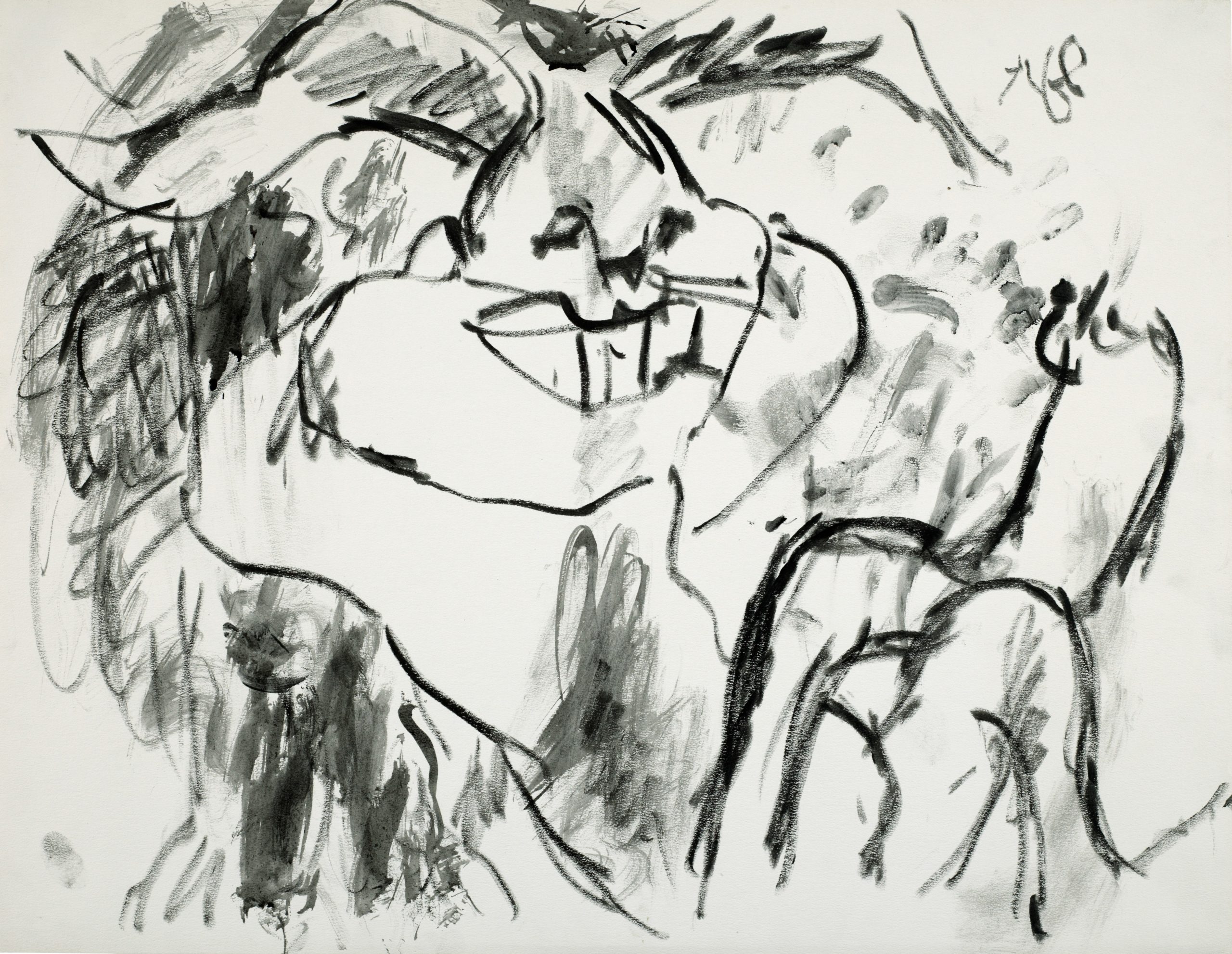 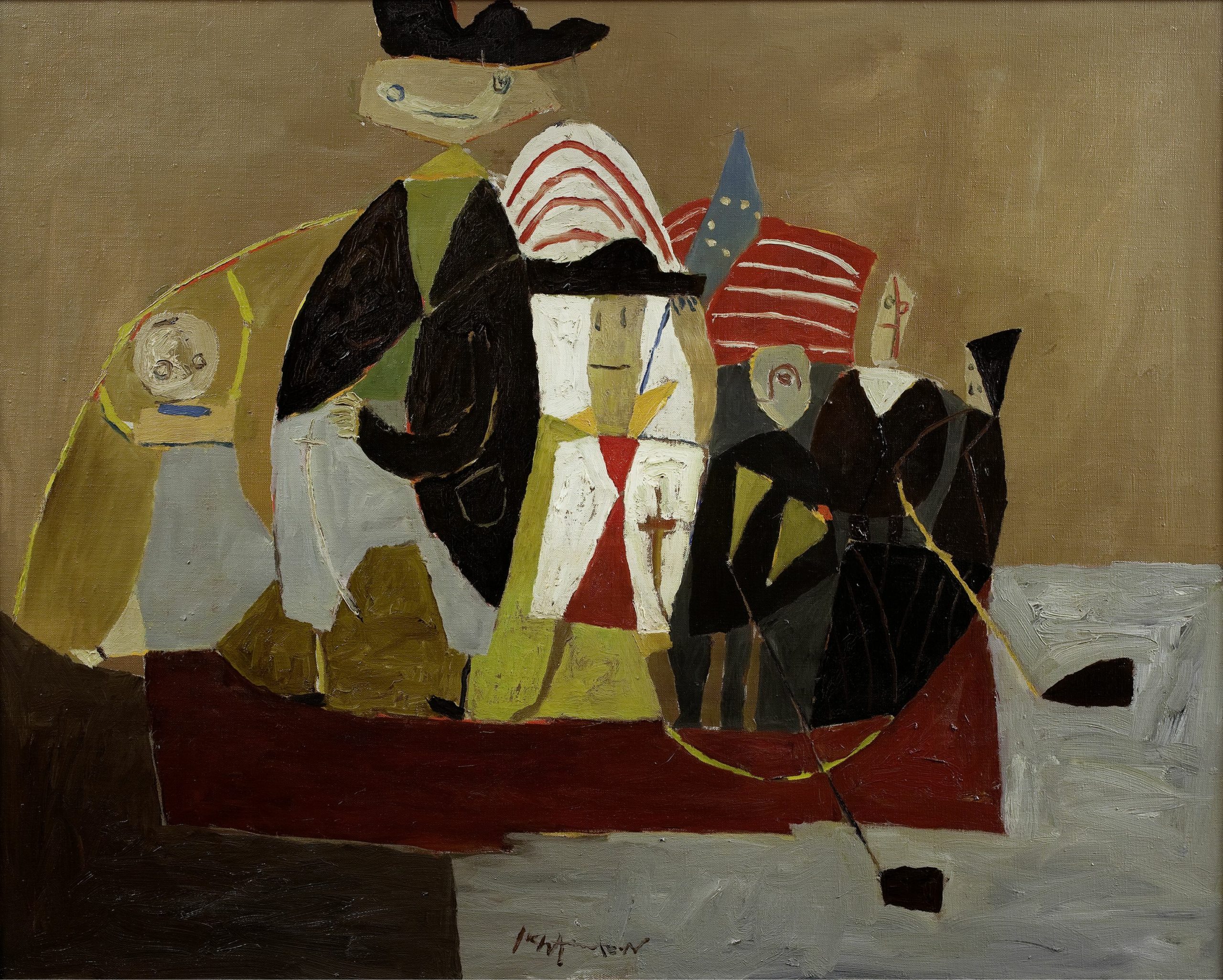 Both inside and outside of the art world, Roy Lichtenstein is a household name, widely recognized as one of the pioneers of Pop Art. The prevailing narrative has been that Lichtenstein came out of nowhere when he burst onto the Pop Art scene in 1961, rising to prominence along with other household names like Andy Warhol. But the truth is that Lichtenstein was a well-established artist with an impressive body of work long before delving into the art form that would make him famous.

For the first time, an exhibition exclusively devoted to examining that early part of his career has been put together, and itŌĆÖs coming to the Parrish Art Museum in Water Mill.

The value in examining and celebrating LichtensteinŌĆÖs lesser known work is multi-faceted. For starters, it was extremely foundational to his later Pop Art work.

ŌĆ£While the early work looks very different from his Pop Art from a formal perspective, it nevertheless contains many of the hallmarks of his later oeuvre,ŌĆØ said Price, who is the chief curator at the Nasher Museum of Art at Duke University. ŌĆ£These include an interest in history, myth, archetypes and popular culture. It was also a moment in which the artist developed techniques and methods that would be instrumental in later years, including the appropriation of existing images.ŌĆØ

The exhibition represents the first time that both the subjects and techniques that became vital to LichtensteinŌĆÖs Pop Art work have been looked at in a comprehensive way, Price said, adding that studying LichtensteinŌĆÖs early work also provides a window into the ŌĆ£nuanced and critical way in which it relates to American post-war culture.ŌĆØ

ŌĆ£It is no coincidence that just several years after the U.S. emerges victorious from World War II and ascends to the world stage, Lichtenstein is appropriating 19th century images of American history that glorified Manifest Destiny and other imperialist notions,ŌĆØ Price said. ŌĆ£It was a ŌĆśrah-rahŌĆÖ moment for the country and the artist was rendering these scenes with a critical and humorous eye, effectively questioning some of these histories.ŌĆØ

Alicia G. Longwell, the chief curator at the Parrish, echoed that sentiment.

ŌĆ£[Lichtenstein] already saw those ironies and particularly in what curators call Mythic America,ŌĆØ she said. ŌĆ£Already I think he must have known he was going to be a little outside of particular definitions.ŌĆØ

Trying to create that bridge between LichtensteinŌĆÖs earlier work and his well known Pop Art period was part of the inspiration for creating the exhibit, according to Finch, the chief curator of the Colby College Museum of Art, who said the artistŌĆÖs pre-pop work is extensive, but was largely unknown or misunderstood.

ŌĆ£The Lichtenstein Foundation has located more than 600 works made by Lichtenstein prior to 1961, when he seemingly became an overnight sensation as a Pop Artist,ŌĆØ she said. ŌĆ£So there was this treasure trove of works in a wide range of mediums to consider and research, and one of these works, the painting ŌĆśCowboy (Red),ŌĆÖ is in the Colby collection.ŌĆØ

The true story of LichtensteinŌĆÖs journey as an artist runs counter to the narrative that he became a star overnight. His trajectory was more gradual, the curators said, and began in Columbus, Ohio. Lichtenstein, who was born in New York in 1923 and raised in Manhattan, later enrolled at Ohio State University before being drafted into the U.S. Army to serve in Europe in World War II. He finished his undergraduate degree in 1946, and then earned his masterŌĆÖs in fine arts in 1949, while also beginning a teaching stint at the university. He remained in Ohio throughout much of the 1950s, and ultimately returned to the New York City area when he took a teaching position at Rutgers University in 1960.

The exhibition focuses on work done in that earlier time period. Within that collection of nearly 100 early works, there are a few that stand out for Price. In 1951, Lichtenstein created a series of history paintings appropriated from earlier 19th century paintings, including two versions of ŌĆ£Washington Crossing the Delaware.ŌĆØ Notably, Lichtenstein created those works roughly 100 years after the original paintings by Emanuel Leutze, which are familiar to anyone who has ever opened a U.S. history textbook.

ŌĆ£In LichtensteinŌĆÖs hands, this grand and foundational American narrative is rendered in modest scale with a na├»ve, almost childlike touch that recalls folk art,ŌĆØ Price said. ŌĆ£Beyond its formal qualities, however, it reveals an artist who was thinking critically about historical narratives at a moment when these very narratives were being celebrated and retold in the context of American triumphalism after the war.ŌĆØ

Price said he was also intrigued by a group of abstract paintings Lichtenstein created in the late 1950s, just before he turned to Pop Art. Price explained that because Lichtenstein came of age in the 1950s, when Abstract Expressionism was at its height, he felt ŌĆ£obligated to engage with it in some way.ŌĆØ Lichtenstein found a unique way of doing that, which would become key to his development as a Pop Artist.

ŌĆ£He developed a painting technique late in the decade, as Abstract Expressionism was waning, of applying several colors simultaneously using a rag,ŌĆØ Price said. ŌĆ£This effectively removed the personal touch of the artistŌĆÖs hand, the very thing that was at the heart of Abstract ExpressionismŌĆÖs emphasis on subjectivity. In doing so, he was essentially creating a parody of the brushstroke, a form that became an integral part of his Pop vocabulary for the rest of his life.ŌĆØ

Longwell, Price and Finch believe there is something for everyone who takes in the exhibit, regardless of how familiar they are with Lichtenstein and Pop Art.

ŌĆ£Whether you know Roy LichtensteinŌĆÖs art well or you are discovering it for the first time, we believe that the exhibition captures LichtensteinŌĆÖs playfulness, inventiveness, and satirical eye, the qualities and talents that made him famous,ŌĆØ Finch said. ŌĆ£We want visitors to understand that the roots of Pop art are deeper, more fundamental, and more complex than they might otherwise think.ŌĆØ

For Longwell and the rest of the Parrish community, it is also another chance to highlight an artist with roots in the area and with a strong and long-term connection to the museum. Roy Lichtenstein and his wife, Dorothy, started coming to Southampton in the last 1960s, and purchased a carriage house there in 1969.

ŌĆ£He was very much a hometown person for us,ŌĆØ she said. ŌĆ£The Parrish had a retrospective on his work as early as 1982. For us, this rounds out the story of this incredible artist and his incredible life and career.ŌĆØ

ŌĆ£Roy Lichtenstein: History in the Making, 1948ŌĆō1960ŌĆØ opens with a membersŌĆÖ preview on Sunday, August 1, from 11 a.m. to 2 p.m. In addition, on Saturday, August 7, from 10 to 11:30 a.m., chief curator Alicia Gl. Longwell will offer a Giving Circles private tour of the exhibition followed by refreshments on the terrace. Advanced registration required. For more information, visit parrishart.org or call 631-283-2118. The show remains on view through October 24 at the Parrish Art Museum, 279 Montauk Highway, Water Mill.