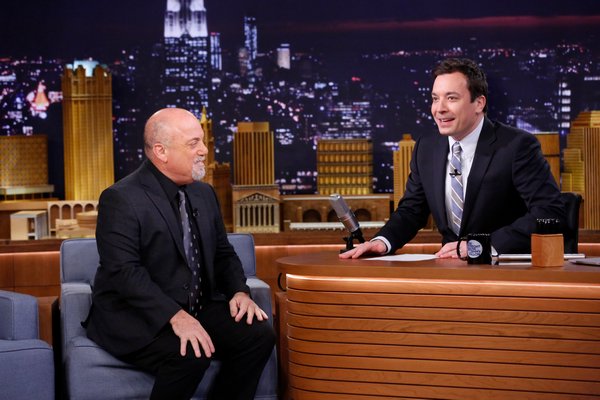 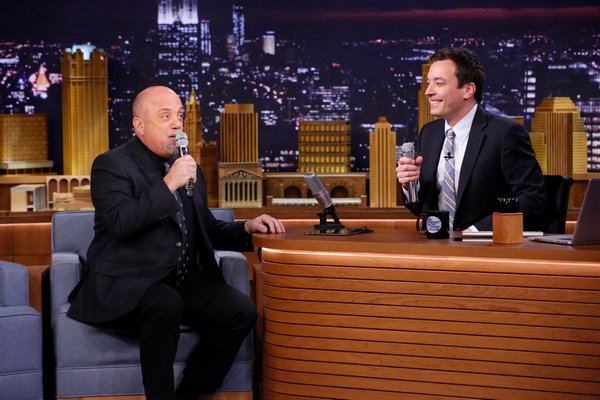 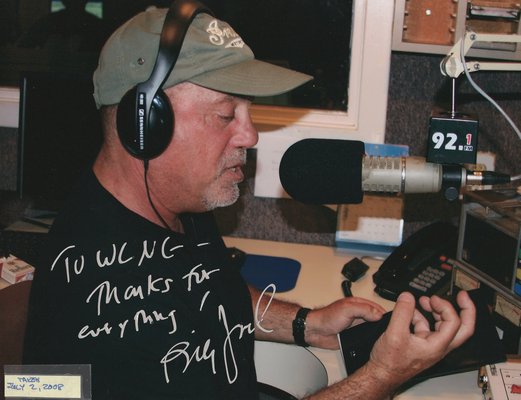 On Thursday night, “The Tonight Show” host Jimmy Fallon looked straight into the NBC network camera, pointed his finger at millions of viewers nationwide and delivered a message meant for just one humble radio station based in Sag Harbor—oldies stronghold WLNG 92.1.

“WLNG, look out,” he said, with his guest, music legend Billy Joel, laughing silently in the chair next to him. “We’re gonna be crashing that station. Billy Joel and I. This summer. This summer, we’re coming after you guys.”

Mr. Joel, a Sag Harbor resident who will be hosting his own Sirius XM satellite radio channel for three months starting on Wednesday, March 26, is no stranger to the station. He has visited several times over the years, according to Gary Sapiane, president and general manager of WLNG. His most recent stop was in 2009.

“When you see him around town, he’s the all-around nice guy,” Mr. Sapiane said of Mr. Joel on Friday morning during a telephone interview. “And I get the sense that Jimmy Fallon is probably the same way. I know he’s around. Somebody met him at the pizza place here last week.”

Mr. Fallon, who has a home in Sagaponack, suggested crashing WLNG after Mr. Joel made his Sirius radio announcement on the show.

“There’s this radio station out in the Hamptons, by Sag Harbor…” Mr. Fallon started.

“WLNG, plays oldies all the time, doo-wop,” Mr. Fallon continued. “I was always wanting to just crash that radio station. Just go in and co-host with the guy.”

“They have that echo on the mic,” Mr. Joel said.

Of the entire segment, that was the highlight for Mr. Sapiane—by far.

“Both of them really, honestly, knew the station,” he said. “The reverb, the oldies. That was the hot part about the whole thing.”

Mr. Sapiane did not catch the live interview, the broadcaster said, and he didn’t have to. The shout-out captured the nation’s attention—and its result has overflowed Mr. Sapiane’s inbox with hundreds of emails, and is currently flooding the station’s online streaming.

“It was just an honor to have them do that. It was the last thing we would ever expect, especially there—nationwide TV,” he said. “Judging on how many people are listening online to us today, we have a lot of extra listeners, from all over the country. It’s just really jam-packed today.”

And they’ll have to keep listening, in order to catch the dynamic duo in the Sag Harbor studio. The pair did not disclose a specific date, only to say that it would be this summer—and out of the blue.

On “The Tonight Show,” Mr. Fallon posed to Mr. Joel, “Would you ever want to crash the station with me?”

“When they least expect it,” Mr. Joel said.

Mr. Sapiane said he has officially extended an invitation and, should they walk into the station, he’d put them right on air—letting them play all the oldies they like and, of course, experimenting with the reverb.

“We’ll see what happens,” he said.