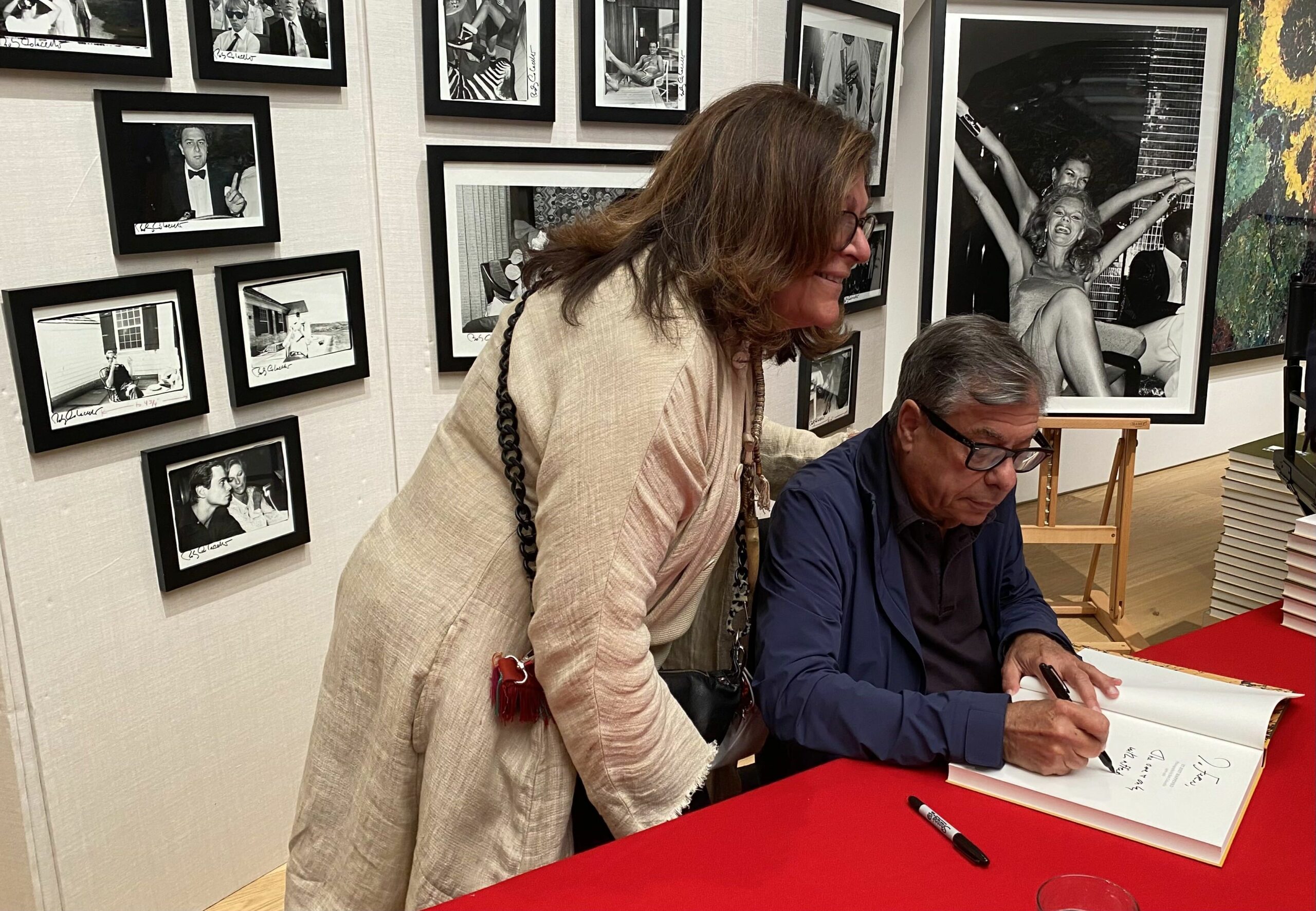 Bob Colacello signing a copy of his book of photos, "It Just Happened: Photographs by Bob Colacello 1976–1982" published in 2020 by Ivorypress. SOPHIE GRIFFIN 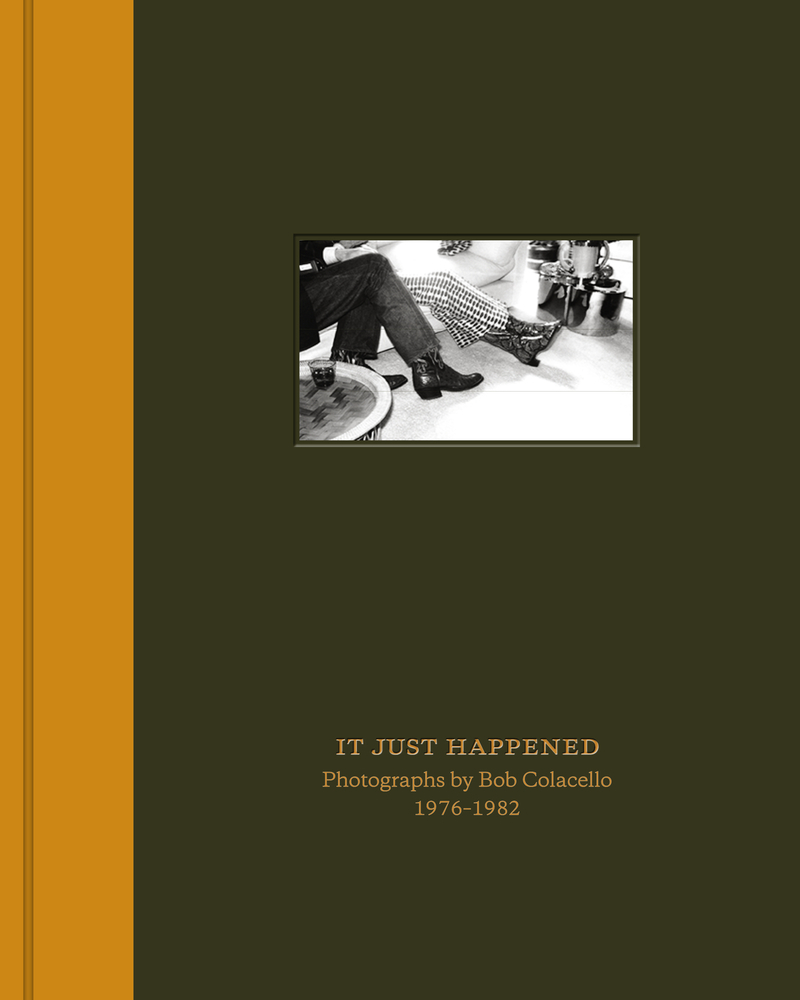 The cover of "It Just Happened: Photographs by Bob Colacello 1976–1982" (Ivorypress Archives). 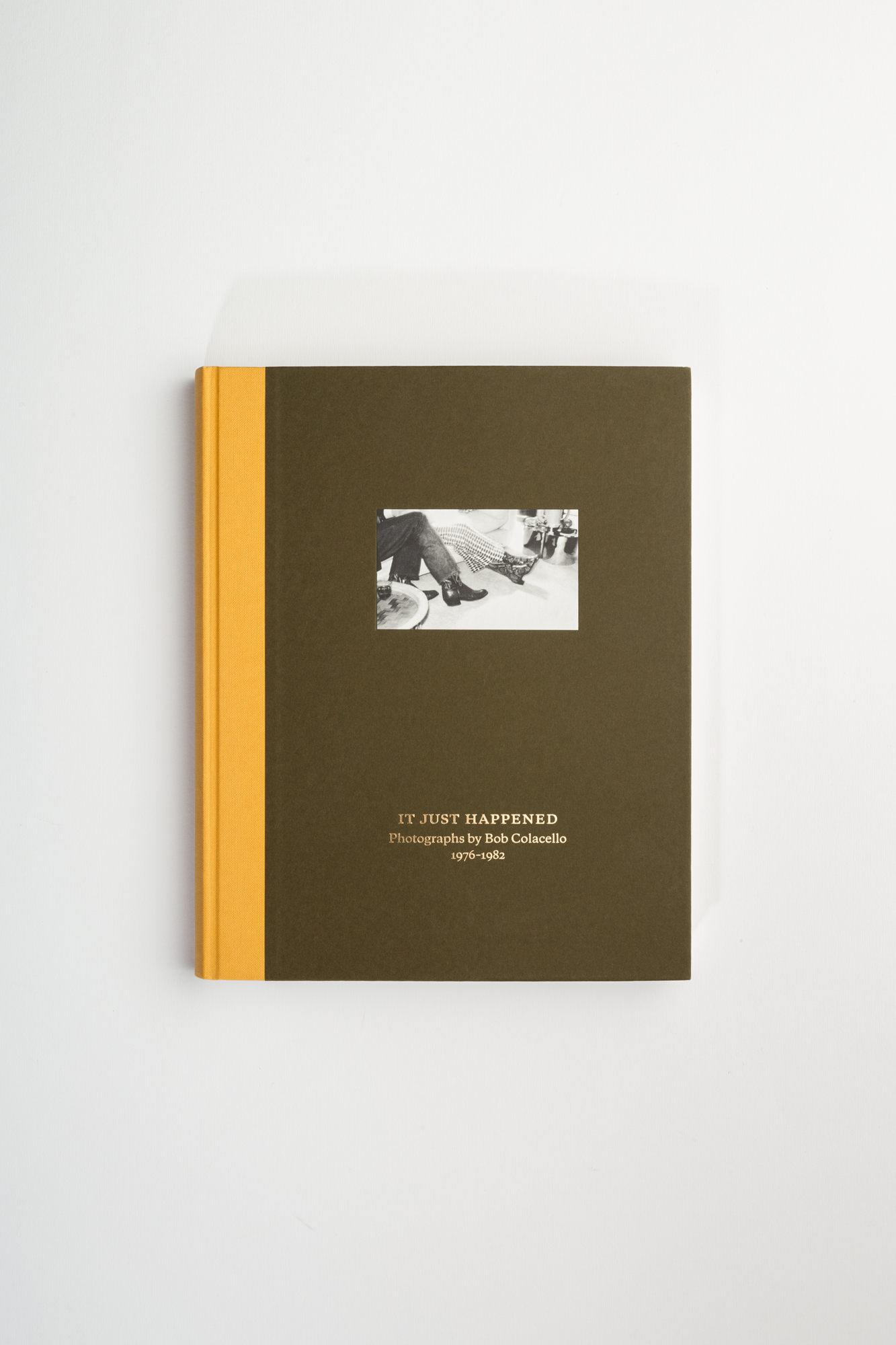 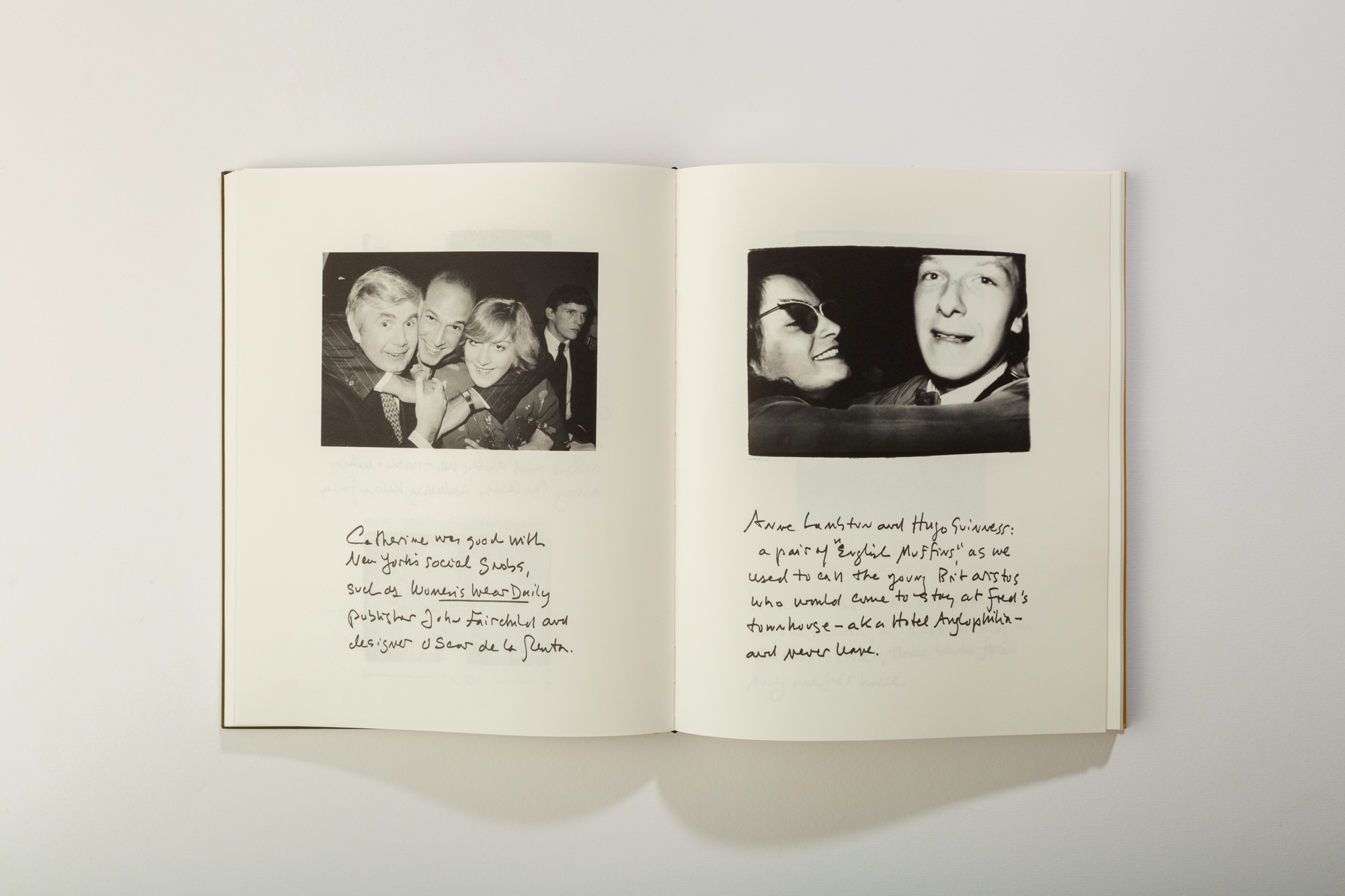 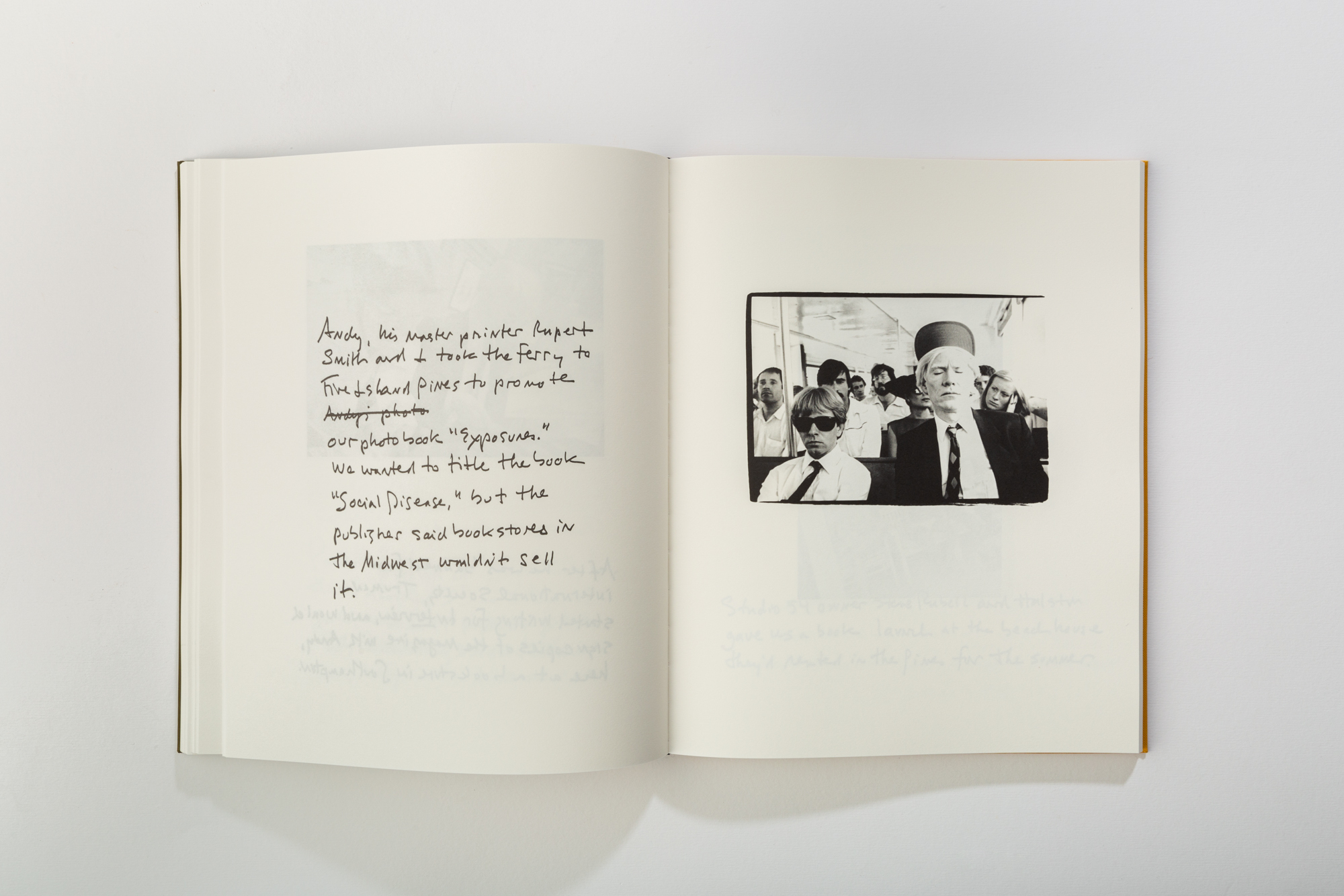 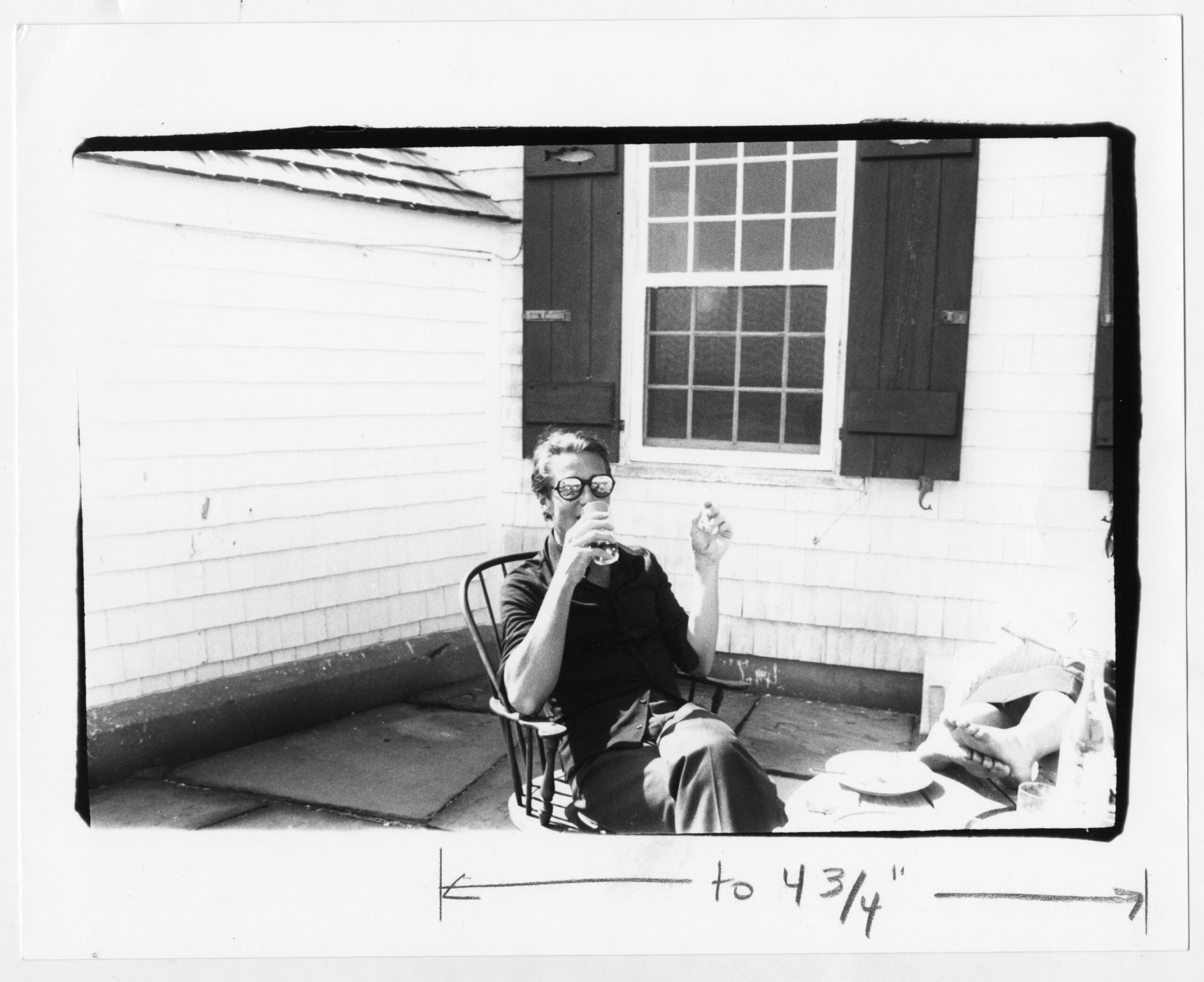 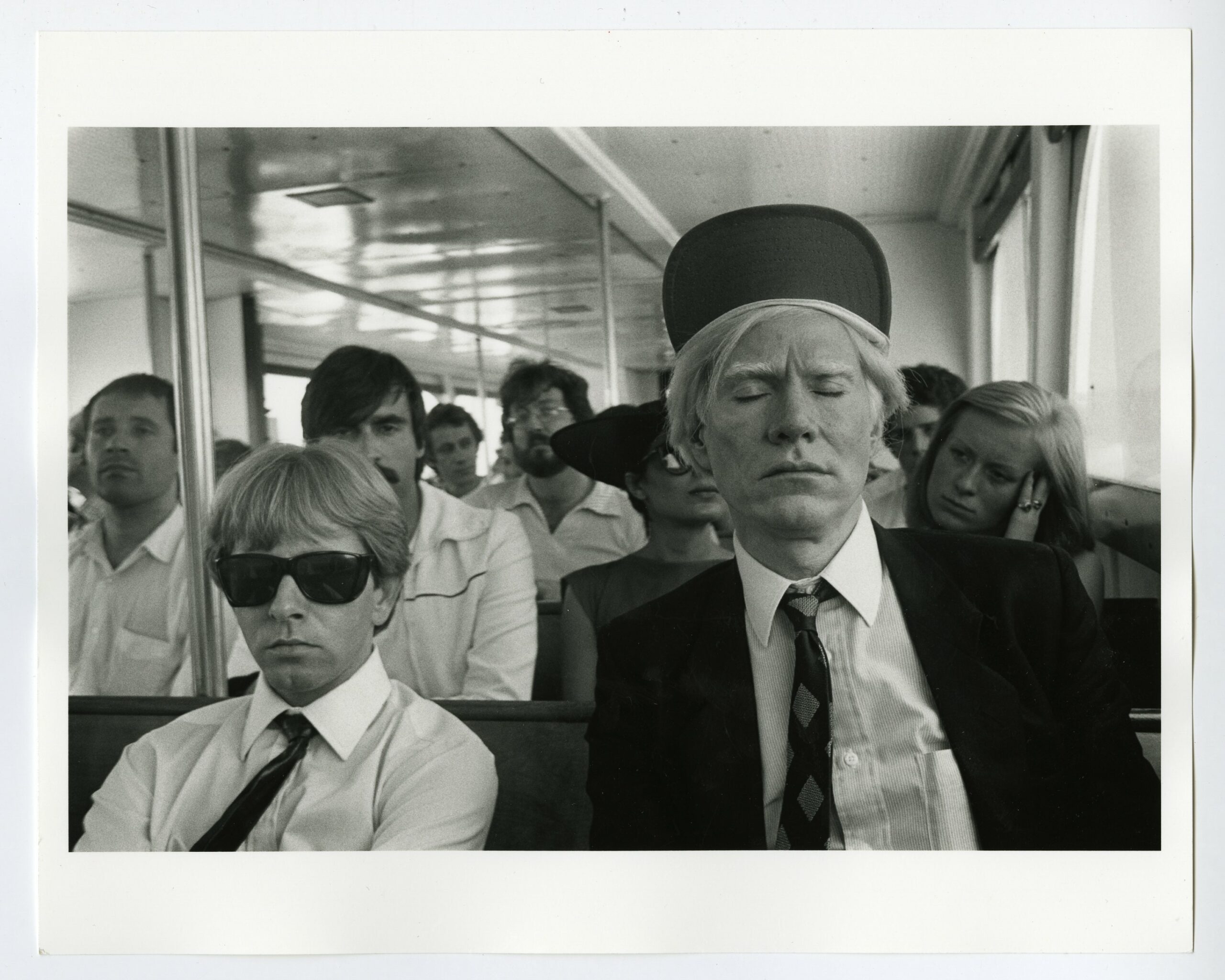 On Thursday, June 16, at the Peter Marino Art Foundation in Southampton, Bob Colacello signed copies of his photography book “It Just Happened: Photographs by Bob Colacello 1976-1982” and gave a short talk.

Colacello described himself as an “accidental” photographer. The series of photographs that comprise the book were taken between the mid-1970s and early 1980s, when Colacello was the editor of Interview Magazine and working for Andy Warhol. Part of working for Andy was going out with Andy, and Colacello started writing a column in the magazine: essentially a party diary of all the fabulous nightlife he witnessed.

“[It was] called Bob Colacello’s Out, which in those days meant going out, not coming out,” he quipped to the audience. “And Andy said, ‘Just mention every name of every person you see every day, whether they’re famous or not, because then they’ll tell 10 friends I’m in Interview Magazine and you’ll sell another 10 copies. Along the way, I started taking photographs to go with my Out column.”

Colacello had never taken photographs before he started documenting for his column. He would carry around a minuscule Minox 35 EL, a camera so small it’s said to have been used by spies in the Cold War, and the first to take full-frame 35 mm photos.

The tiny, fun camera and Colacello’s proximity to Warhol meant people were happy to have their pictures taken at private parties, dinners, weddings, inaugurations, Studio 54, wherever.

“Half the time they didn’t even know I was taking the picture just cause everybody was partying,” Colacello joked.

The candid, black and white photos capture the most famous and influential celebrities, artists and public figures of the disco-drenched 1970s, as well as some less well-known people who are likewise immortalized. Colacello was more interested in capturing the party as it was lived than whoever was the life of the party that night. In one representative photo, two South American socialites pose for the camera, throwing up their hands and smiling. On the right side of the frame, with half of his body showing and out of the foreground is Pele, the soccer megastar.

“I also liked it when, like Henry Kissinger was at some cocktail party in Washington, D.C., but my view of him was blocked by some lady’s bouffant hairdo,” Colacello said. “Cause that’s the way parties are, too. And I was certainly not going to say, ‘Mr. Secretary, can you please pose for me, or tell this lady to get out of the way?’’”

As he started taking photos — his collection of photographs, which sat in boxes in his house for years, numbered around 1,000 — he developed a style for chronicling the in-crowd.

“[The Minox] stayed in focus from 3 feet to 7 feet,” Colacello explained. “If you went beyond that, then you had to adjust it. I didn’t know how to adjust it, so all my pictures were taken pretty close up. People, as a result, are overexposed a lot, but that’s great because overexposure eliminates wrinkles. The more I took pictures, I decided to tilt the camera because that felt more like a party.”

Colacello’s work meant that he got to meet and spend time with some of the era’s icons.

“Mick Jagger was like an idol of mine in college,” Colacello said in an interview after the talk. “I used to imitate Mick Jagger, doing “Satisfaction” at Georgetown parties, and so suddenly to be going to his birthday party and then hanging out with him in Montauk — because one summer the Stones rented Andy’s house in Montauk when they were on tour — and meeting Peter Beard and just talk about Montauk people, Larry Rivers, I mean, these were like crazy wild, super creative people who also were pretty well known. So if I wasn’t impressed, I would’ve been very prematurely jaded.”

When Colacello left Interview to work as a Vanity Fair journalist, he stopped taking photos. Years later, an artist friend asked him about the boxes labeled “BC Photos” at his house and then brought them to Sam Shahid, who told Colacello he had a book. A book of photographs was published prior to “It Just Happened” and Colacello began to have exhibitions.

“Suddenly, I was a photographer,” Colacello said. “Life is funny. That’s why this book is called ‘It Just Happened’ because everything in my life seems to have just happened, including becoming a photographer.”

The book, published by Ivorypress, collects about 250 photos, each with a handwritten inscription to provide context for the photo’s inhabitants and tell a little story. In the back, there are short biographies of the hundreds pictured.

For Colacello, the photos are a piece of history more than anything else, taken when he was more focused on getting a magazine out every month than photographing the scene.

“I really don’t see myself as an artist or photographer,” he said. “I feel like these are documents and some of them might be attractive-looking or whatever, but, more and more, I realize that as a witness to so much, who was also a participant, I almost feel obligated to share what I’ve been able to record.

“It’s all a combination of art history, social history, a little political history,” he said. “I’ve always kept diaries and I’m more and more thinking that I should start publishing the ones from the ’70s and ’80s because I think people are interested — I had the privilege of being inside.”

Colacello still maintains a more active social life than many.

“I’m still observing and I’m still very much a part of the scene,” he said. “And while the ’70s were special, I don’t go along with people who say, ‘Oh, it’s so boring today, I wish I was growing up in the ’70s.’ Well, in the ’70s, we all wished we were growing up in Hollywood, in the 1930s with Greta Garbo and Marlene Dietrich and Errol Flynn and Clark Gable. I think the past always seems to be more interesting or more glamorous, but I think there’s a lot going on today, especially in the arts.”

Colacello, who was featured in Netflix’s recent docuseries “The Andy Warhol Diaries,” also spoke of Warhol’s enduring influence and reach.

“Each generation seems fascinated because Andy’s art is not just art,” Colacello said. “It’s great art, but it’s also a form of sociological history and philosophy and he was so far ahead of his times in predicting the takeover of our culture, our politics, everything by images, by media.”