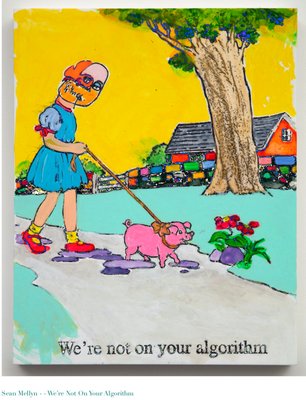 "We're Not On Your Algorithm" by Sean Mellyn. 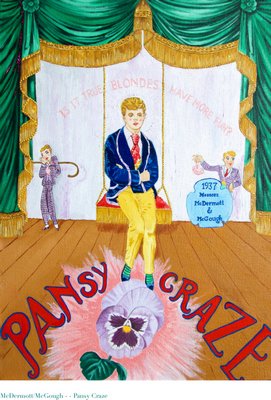 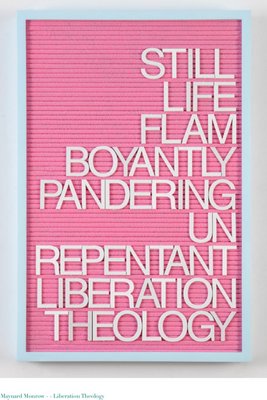 Akin to Bowie’s hit, co-written by Brian Eno, the exhibition of all text-based works takes on an unapologetic tone in the form of “Blame it on My Youth” (Jack Pierson), “False Prophet” (Andrew Brischler), and “We’re not on your algorithm” (Sean Mellyn). More irreverent works, such as a drawing of the words “Happy New Year” written in feces by Keith Boadwee, are balanced by moments like Rob Wynne’s “Evolve,” that speak of the trajectory of homosexual oppression.

When it was released in 1979, the music video of “Boys Keep Swinging” challenged gender privilege with lyrics such as “Luck just kissed you hello, When you’re a boy,” sung by Bowie in various drag personas. The video, meant to be a playful and provocative commentary, was met with a similar criticism that queer revelry has endured throughout history.

Traveling further back in time, the exhibition is set adjacent to The American Hotel, an East End fixture dating back to 1846. Rich with history, this stage contributes to the dialogue of how the contemporary works speak of the past century and present.

The opening reception for “Boyz Keep Swinging” is 6 to 8 p.m. on Saturday, June 22, at Keyes Gallery at The American Hotel, 45 Main Street, Sag Harbor. The show runs through July 14.