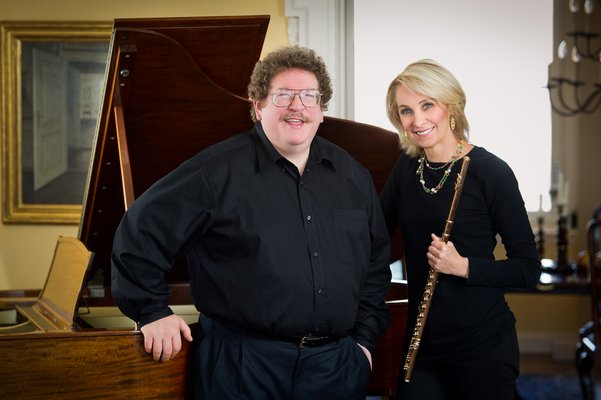 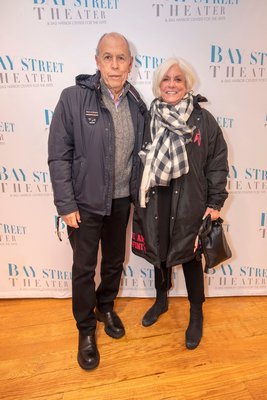 The opening of the production of The Great Gatsby at the Bay Street Theater in Sag Harbor, New York on Saturday, November 10th, 2018

The Bridgehampton Chamber Music Festival’s spring series will begin its third year on Saturday, March 11, with a concert featuring the world premiere of a composition by Eric Ewazen, a friend and collaborator of BCMF founder Marya Martin.Ms. Martin so admires his music that she has recorded an entire album of his work, “Marya Martin Plays Eric Ewazen.” She will play the flute part for the debut of Mr. Ewazen’s “Fantasie for Flute and Piano (Divinities at Dawn),” and she will be joined on the concert program by horn player Stewart Rose, violinist Paul Huang and pianist Orion Weiss.

Mr. Ewazen—a Juilliard School faculty member who teaches theory, analysis and composition—described his style as neo-romantic and neo-impressionist. He said he is delighted that Ms. Martin has been a champion of his work—and the admiration is mutual.

“I heard a piece of his and loved it, and programmed it at the festival, maybe, 20 years ago,” Ms. Martin recalled.

Mr. Ewazen then offered her another piece: a flute concerto he had written for the first flute in the New York Philharmonic. The concerto was played once and sat idle. So he gave it to Ms. Martin.

“For a flutist to have a new flute concerto is amazing, because the repertoire is not as wide and as big for the flute than it is for the violin, cello or piano,” Ms. Martin said. “It’s such a treat to get a new work in the repertoire.

“I played it to him, and it turned out that he liked the way I played it. And we then subsequently recorded it with the Prague Radio Orchestra in Prague. That was the beginning of a long relationship.”

She commissioned him to write “The Bridgehampton Suite for Flute, Violin, Viola and Cello” for the festival about 10 years ago, and as a gift he wrote her a flute sonata, which she also recorded. “It’s all over YouTube with many, many performances now,” Ms. Martin said of the sonata. “It’s wonderful to see it in the mainstream of the flutists’ repertoire.”

She noted that “Fantasie for Flute and Piano” is also a gift, which he offered upon learning that she planned to include, in the March 11 program, his “Ballade, Pastorale, and Dance for Flute, Horn, and Piano.” He composed the piece in 1993 at the behest of David Wakefield, the horn player of the American Brass Quartet, and his wife, Barli Nugent, a flutist.

The couple wanted a chamber piece they could play together—but the flute and French horn are not a typical combination of instruments, he explained. “It was their idea, that particular combination, but it was such a pretty combination, because you get the bright sound of the flute, and the horn, which just went so nicely with it,” Mr. Ewazen said.

The composition is complicated, and it tells a story with many contrasting sections, he said. “The basic feeling is one of energy.”

He wrote it over a holiday break, and the timing influences the work.

“It has a very light sound, and the sound of bells ringing, and the piano and the flute and the horn playing these gentle melodies,” he said. “And then the dance is simply a nice lively way to bring it to a conclusion.”

For “Fantasie,” he took inspiration from his time as a guest composer at Mahidol University in Bangkok. During his stint there, he also traveled to Cambodia, and the sunrise there gave him the subtitle “Divinities at Dawn.”

“Trio Sonata for Flute, Violin, and Piano” by Quantz will precede the Ewazen pieces, and the program will end with Brahms’s “Trio for Horn, Violin and Piano in E-flat Major.”

“The Brahms’s ‘Trio for Horn, Violin and Piano” is one of the greatest chamber pieces in the repertoire,” Mr. Ewazen said. “It’s just a monumental piece; four movements, absolutely beautiful music.”

Each of the three concerts in the BCMF Spring series has a different soundscape, and for the first concert she focused on the horn, Ms. Martin said. “I started thinking it would be really nice to really highlight the French horn. It’s a wonderful instrument, and the way Stewart Rose plays—he’s been playing with us for quite a while—is really spectacular. He can really shine.”

The Saturday, April 1, concert will welcome the Brentano String Quartet, and the Saturday May 6, concert will feature a string sextet with violinists Ani Kavafian and Amy Schwartz Moretti, violists Tien-Hsin Cindy Wu and Che-Yen Chen, and cellists Nicholas Canellakis and Peter Wiley.