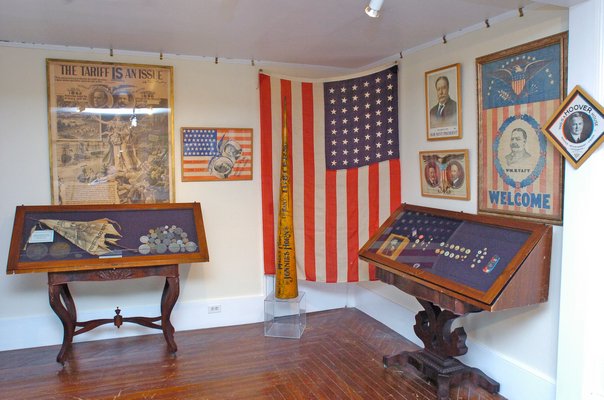 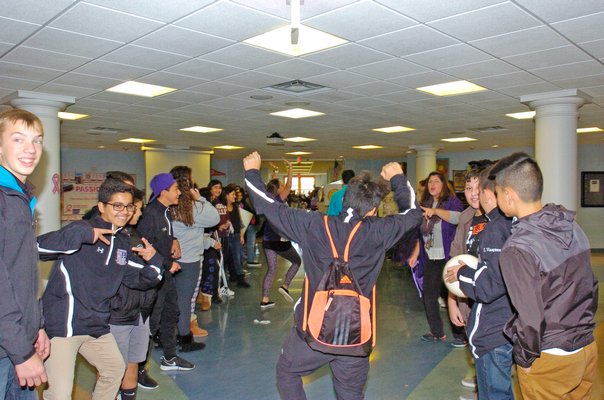 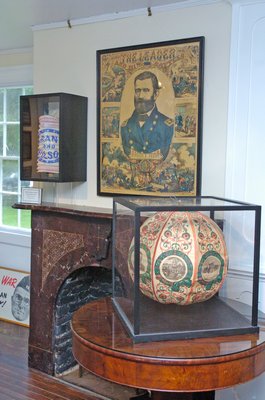 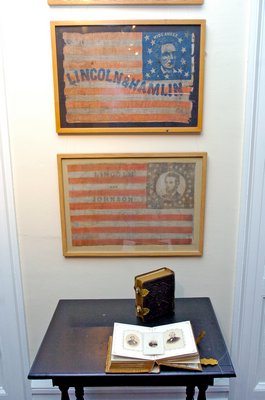 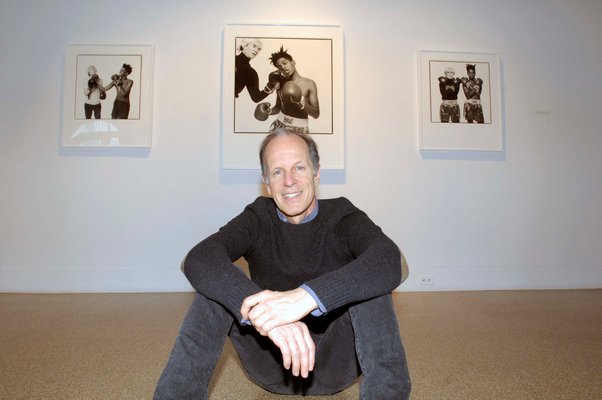 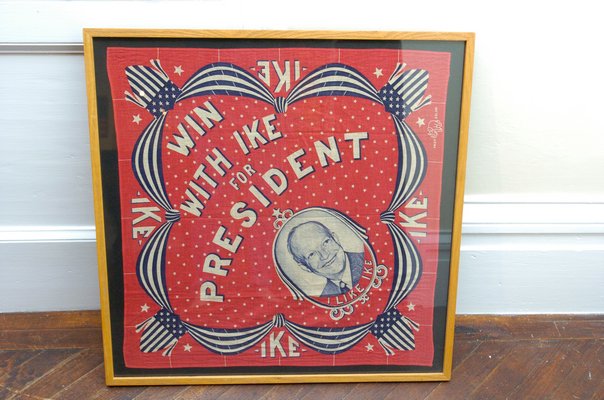 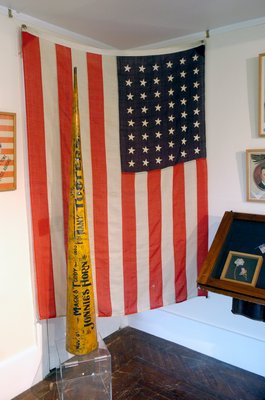 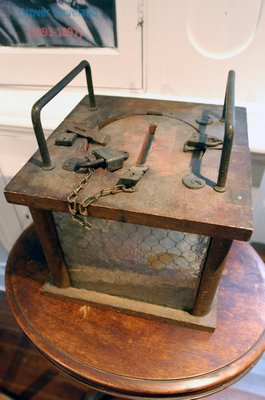 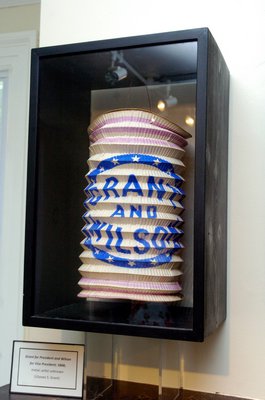 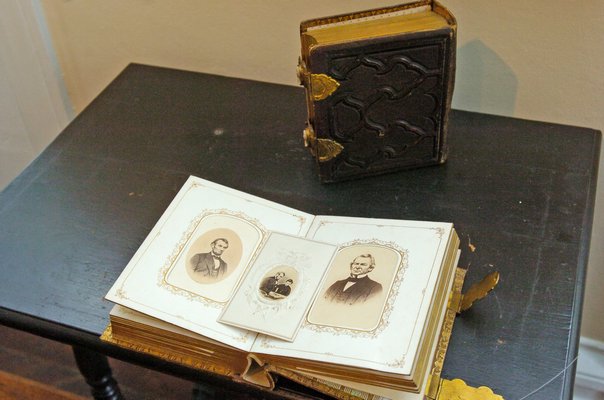 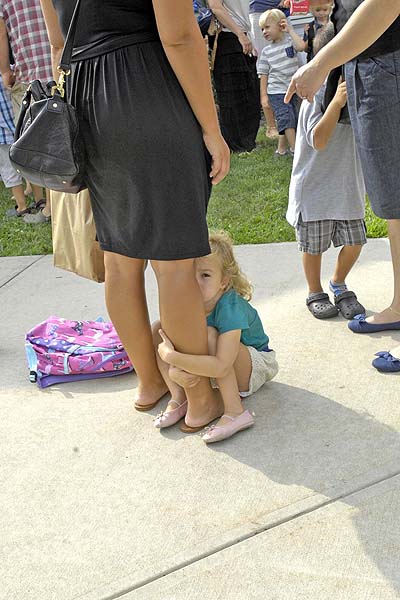 The Artworks and Designs pup-centric mudroom. 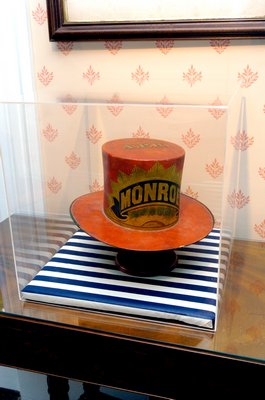 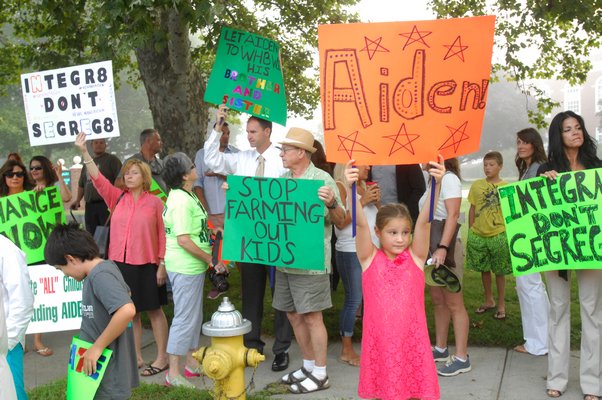 Aiden's sister Shannon,8, holds a sign in support of her brother. DANA SHAW 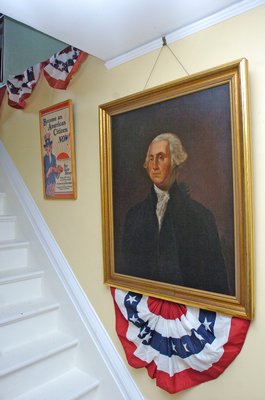 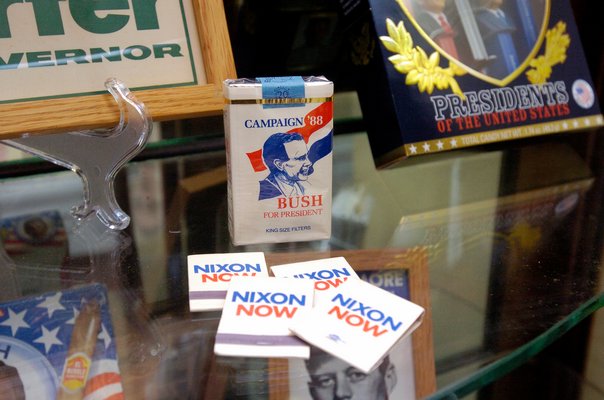 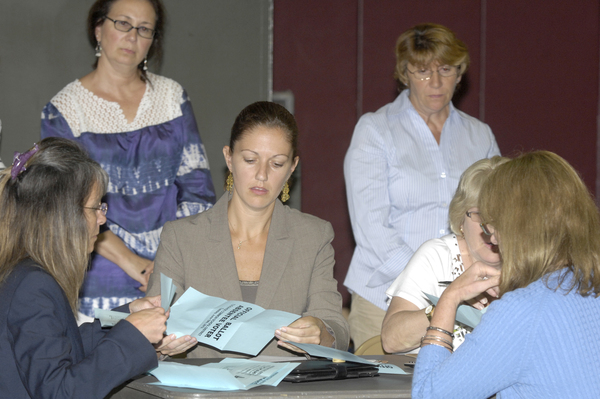 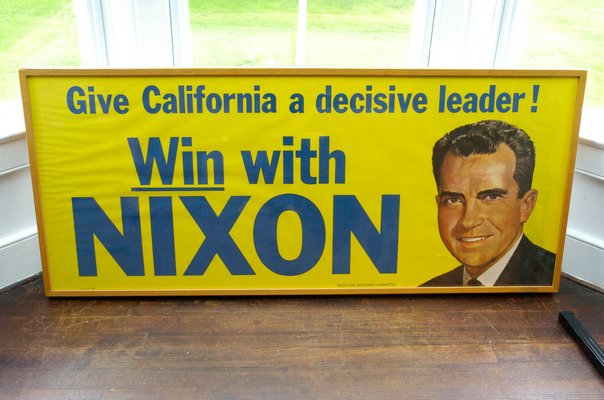 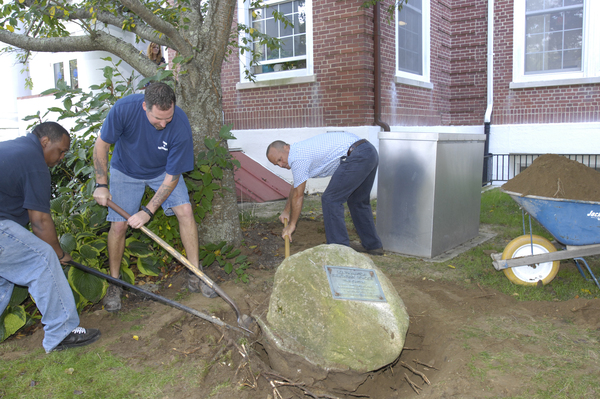 A crew from Southampton Town works to unearth the time capsule. DANA SHAW 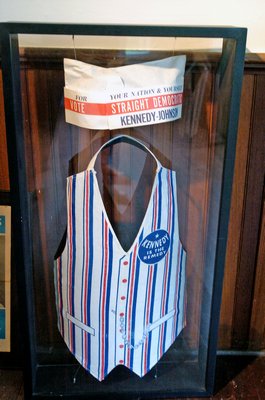 A cloth vest and paper hat worn by an usher at the Democratic Convention in 1960. DANA SHAW 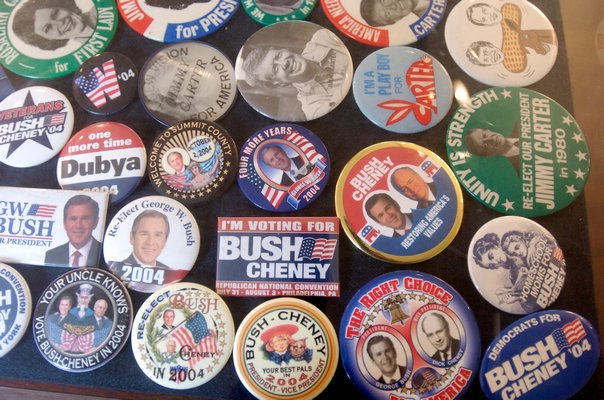 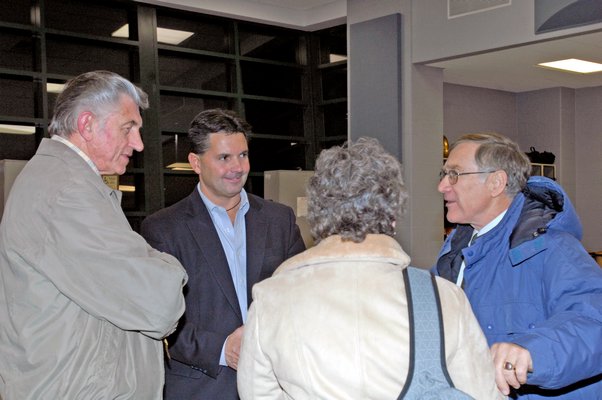 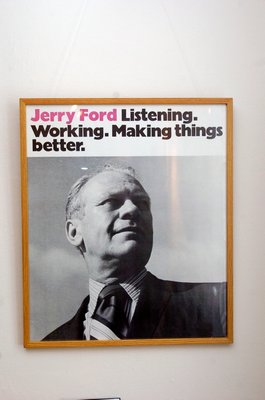 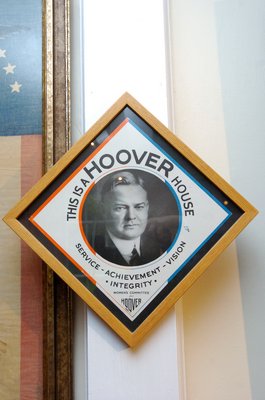 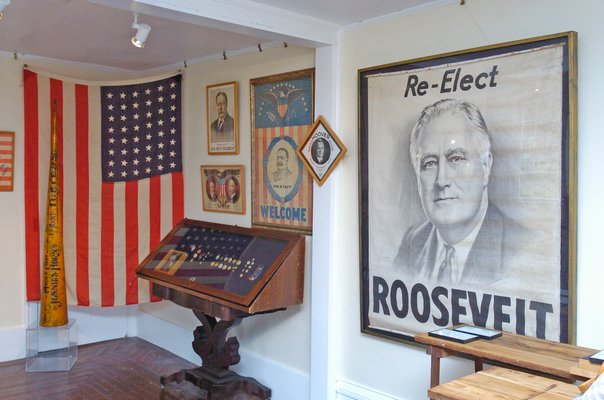 Bridgehampton Museum, in collaboration with The Museum of Democracy, will open the exhibition ‚ÄúPath to Presidency‚Äù to the public on June 2. DANA SHAW 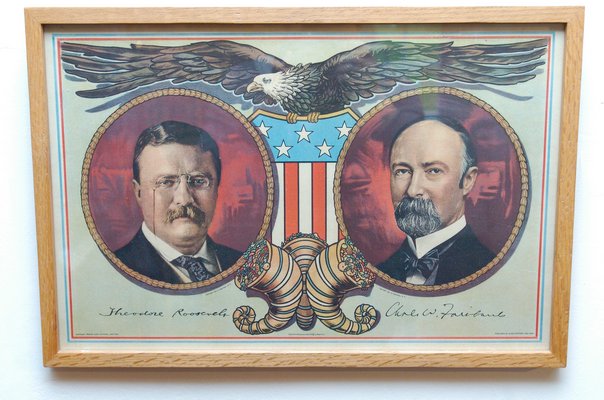 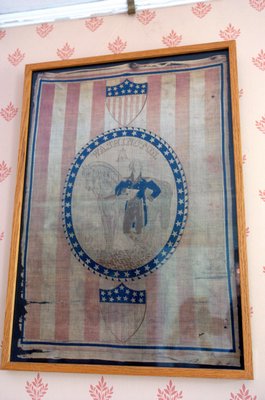 An overview of memorabilia used in presidential campaigns spanning from George Washington to Donald Trump will go on view Friday, June 2, as the Bridgehampton Museum, in collaboration with the Museum of Democracy, opens the exhibition “Path to Presidency.”

Amassed over the course of more than four decades, the entire collection features more than 1 million items, but the exhibition will feature just a fraction of the archive.

The impressive archive was started by Jordan M. Wright, who began collecting buttons in support of presidential nominee Robert F. Kennedy in 1968 as a 10-year-old. As his fascination with campaign items and important issues of the day grew, so did his collection. Eventually, Mr. Wright was collecting flags, hats and soap bars.

The Bridgehampton Museum’s Corwith House seemed an appropriate venue for the display, since Bridgehampton played a crucial role in the nation’s political history. More than 200 years ago, the Triangular Commons was the center of Bridgehampton and the site of meeting places for Long Island Republicans, especially when John Adams was up for reelection. Republicans like Aaron Burr, who would later go on to become the country’s third vice president under Thomas Jefferson, attended a rally in Bridgehampton to protest Adams’s policies.

The exhibition will be shown in chronological order, said Julie Greene, the head archivist at the museum. The showing will begin in a room featuring buttons from George Washington’s 1789 candidacy, and will end with more recent objects such as the red “Make America Great Again” hat used by Donald Trump in his 2016 campaign.

“It tells the history of the country,” Ms. Greene said. “You can see that evolution: how the country went, how people went, how societal norms changed.”

Pamala Wright, a cofounder of the Museum of Democracy and wife of the late Mr. Wright, said that the collection details how modesty and morality have changed course in American society and politics. “Where it started was so dignified,” Ms. Wright said, referring to the buttons men wore on their suits in support of a particular candidate. “To this, this is where we are now,” she said, gesturing toward condoms made with presidential candidates on the wrapper.

However, the exhibition also highlights the similarities between the past and present use of campaign memorabilia as a vehicle of candidate promotion. For example, a red leather hat with the name Monroe on it was worn by firefighters who needed funding and supported candidate James Monroe. This was paralleled in recent elections, when blocks of unionized teachers widely supported Barack Obama because of his support for the teachers’ union.

The Museum of Democracy does not yet have a permanent building where visitors can view the collection. Instead, the Wright family collection travels. It has previously been seen in the George W. Bush Presidential Center as well as the New York Historical Society, and The Crystal Bridges Museum of American Art.

“The Path to the Presidency” will be on display at the Bridgehampton Museum’s Corwith House at 2368 Montauk Highway, Bridgehampton, until December. An opening reception will be held Friday, June 2, from 6 to 8:30 p.m.

The Church in Sag Harbor, East Hampton‚Äôs Guild Hall and Works & Process at the Guggenheim have announced the LaunchPAD ‚ÄúProcess as Destination‚Äù pilot program, a collaboration to nurture region-wide support for creative process and encourage artists and audiences to embrace the artistic process as destination. This winter, two projects set to premiere at Works & Process at the Guggenheim in 2022 will receive fully funded residencies at The Church in Sag Harbor, including artist fees, devoted rehearsal space, living accommodations, transportation and healthcare insurance coverage. The Church will host the artists for these two residencies and provide space in ... by Staff Writer

The East Hampton Library will present ‚ÄúThe LTV Archives: A Treasure Trove of Local History,‚Äù a lecture program on Wednesday, December 1, from 6 to 7 p.m. The program will be presented by Genie Henderson, LTV‚Äôs longtime archivist; and the author of ‚ÄúA Day Like Any Other: The Great Hamptons Hurricane of 1938,‚Äù in conversation with Brooke Kroeger, professor emerita of journalism at New York University, and an East Hampton Library Board member. The free program will be presented in person at the library and simultaneously live streamed via Zoom. The one-hour event will include a question-and-answer period, with questions ... by Staff Writer

The Montauk Library‚Äôs ‚ÄúVirtual Visits‚Äù series with artists and musicians in their studios continues with ... by Staff Writer

It‚Äôs not exactly who you‚Äôd expect to find on the set of a buttoned up ... by Annette Hinkle