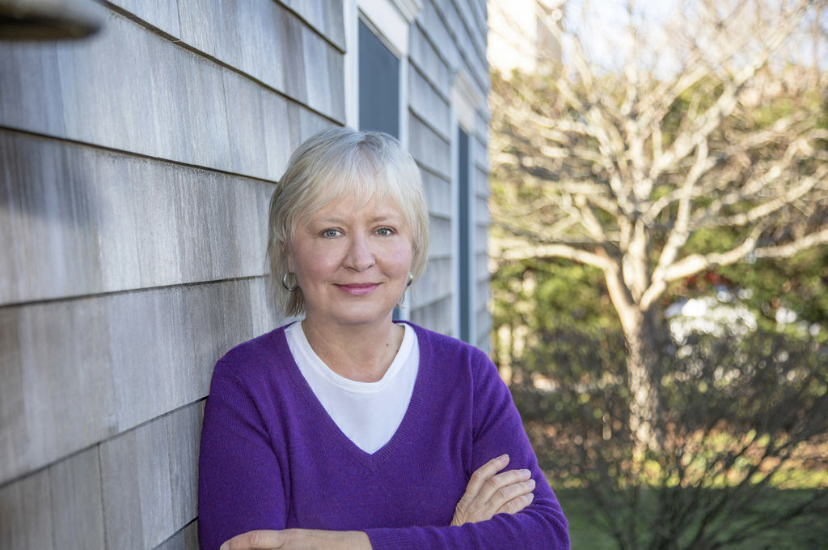 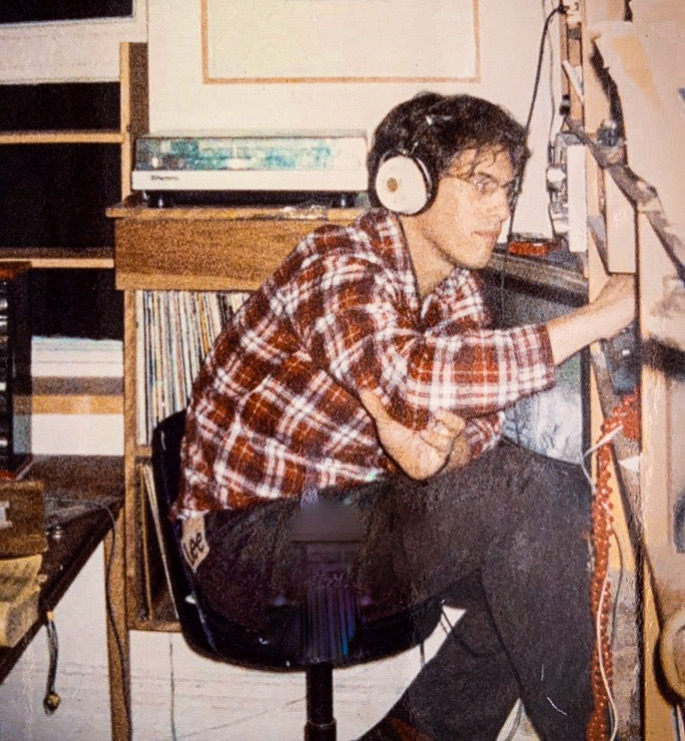 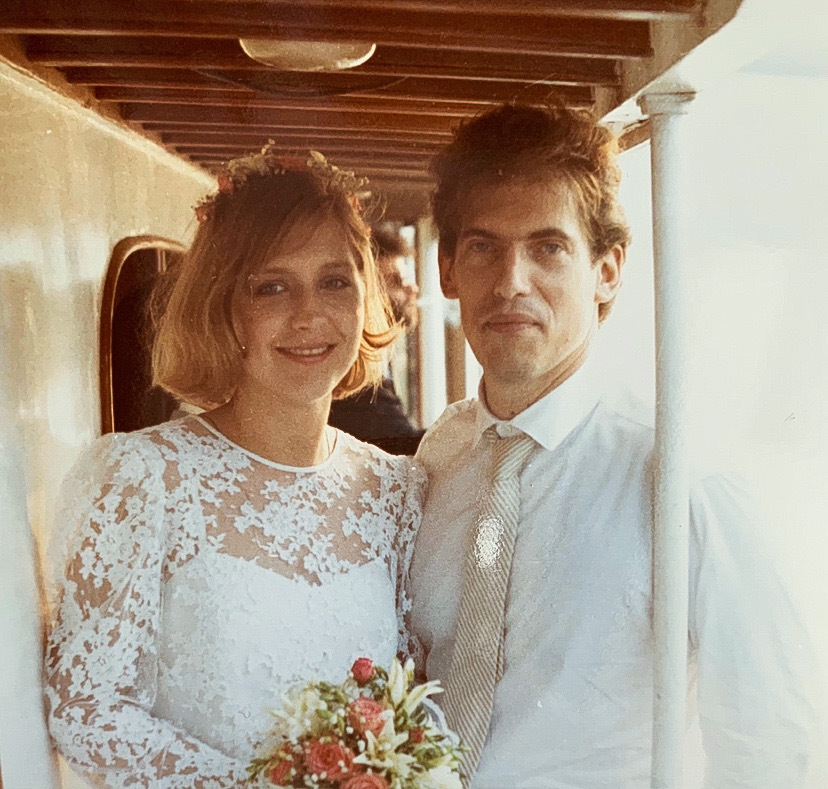 Marissa and Allan Bridge aboard The Virginia in New York City on their wedding day, 1984. 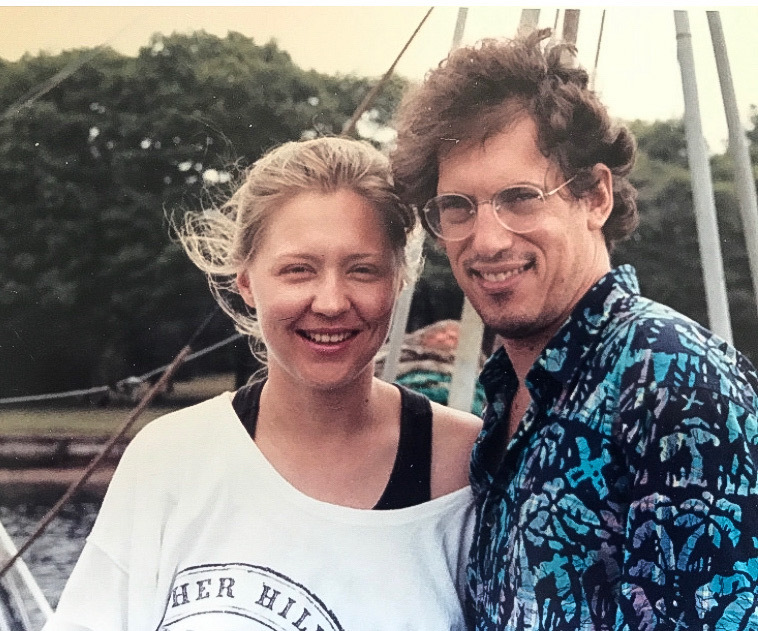 Marissa and Allan Bridge on their boat in Hampton Bays, 1989. 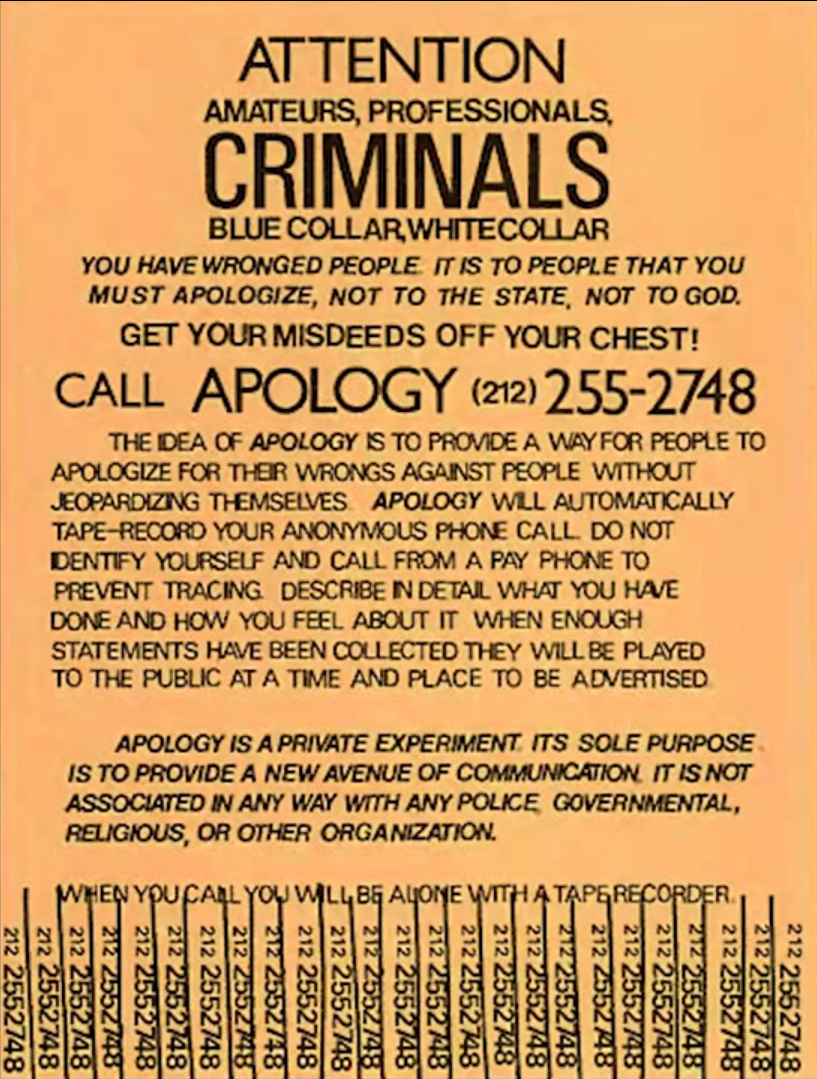 The bar was dark, long and narrow, soul music blasting from a back room sectioned off by shabby, velvet curtains — parted just enough to see revelers dancing in the shadows.

It was November 1980 in the heart of Tribeca, and there was an aliveness to the place, a buzzing energy swirling around 24-year-old artist Marissa Waichunas, who had fully embraced the rising era of promiscuous feminism and all that it entailed. She had no intention of meeting someone to date, or to marry, that night, let alone a fellow artist.

But then she locked eyes with Allan Bridge.

From afar, he looked handsome and cool — sporting a leather jacket, his wire-rimmed glasses framing vivid blue eyes underneath a mop of wavy brown hair — but it was up close that he surprised her.

He was 35 and, as her luck would have it, a fellow struggling artist. They talked about their day jobs, their dreams and goals, and there, in the darkness, he told her about his latest creative endeavor, what he’d dubbed the “Apology Line” — a telephone confessional that encouraged all walks of life to call in and anonymously profess their misdeeds to an answering machine.

It was experimental and conceptual, and it would go on to define the next 15 years of the life they shared together — until a jet skier fatally struck Allan Bridge while he was scuba diving in Shinnecock Inlet, leaving his life’s work in the hands of his widow.

While she did not pick up the cause herself, Bridge has revisited the project — and thousands of recorded confessions — decades later for Wondery’s new hit podcast, “The Apology Line,” which she narrated and recorded almost exclusively from her home in East Quogue through the COVID-19 pandemic.

“It’s gotten an incredible reception,” she said. “It’s been beyond our wildest expectations.”

Charting internationally, the podcast has broken all records for the network — surpassing the hugely popular “Dr. Death” and “The Shrink Next Door” — which speaks to the message and resonance of “The Apology Line,” both at the time and today, Bridge said.

“It’s hard to imagine now, with social media and a very open, confessional attitude that we have, but back then, there was nothing. There was really nothing. This was before they even put personal ads in newspapers,” she said. “There was no precedent for really hearing other people’s confessions, or stories, or their deeply held secrets the way that this was. It was something brand new that had never been done before.”

In the fall of 1980 — about two months before the couple’s meet cute — dozens of yellow posters mysteriously appeared around Manhattan. “Attention amateurs, professionals, criminals, blue collar, white collar,” it read. “Get your misdeeds off your chest! Call Apology.”

The whole premise, the poster stated, was to “provide a way for people to apologize for their wrongs against people without jeopardizing themselves,” explaining that all messages would be recorded and confessors were not to identify themselves.

“Describe in detail what you have done and how you feel about it,” the poster said. “When enough statements have been collected, they will be played to the public at a time and place to be advertised.”

Calls poured in immediately — with the man behind the machine, who would become known as “Mr. Apology,” listening closely on the other end.

“I did not understand it, honestly, because I didn’t have an answering machine — and I didn’t know anyone who had one, it was brand new technology,” Bridge said. “It took me listening to the calls to understand.”

The apologies, half-truths and delusions came from wrongdoers and guilty hearts of all sorts — including petty thieves, drug dealers, adulterers and even self-proclaimed serial killers — ranging from sincere and relatively innocent confessions to disturbing, twisted claims.

“It gave me an insight into human nature that I never would have had otherwise,” Bridge explained. “I don’t know if there’s any part of the human condition that I haven’t heard someone speaking about. It’s given me a lot of compassion for other people and understanding — even criminals, people who have done horrible things.”

That said, the voices emanating from the answering machine were a constant interruption in the couple’s everyday life, Bridge said, as was the blinking red light — indicating a new message — that drew her husband back into his project, consumed by his own creation.

“It negatively affected him, I have to say. He dedicated himself to the line and he put it above everything else — above making a living,” she said, adding, “I think that it was a burden that no one person can really bear forever. It just takes an emotional and psychological toll.”

It was New Year’s Day, 1981, that Allan Bridge first realized the implicit danger he welcomed by running the Apology Line. It was a rambling, nearly seven-minute-long wakeup call — quite literally — from a confessed mugger who, now with a cleared conscious, had decided to pick up the practice again.

“You are the one who has changed my life and made it better because I’m always happier when I’m doing those dangerous things,” he says. “Listen, I’ve gotta hang up soon, but I want to tell you, I’ve never said ‘I’m sorry’ to someone before I’ve hurt them. The person who is running this service, the person who answered the phone, I will find out who you are and I’m telling you right now, I’m sorry, but I’m going to kill you.”

The voice is unhinged, quick and deranged — and in between praising Allan Bridge and the line as “fantastic,” the chilling threats only escalate.

“I’m going to kill you, but I’m sorry. I’m telling you right now, I’m sorry — so that will make it alright, right?” he continues. “There would be no problem or anything. You know, a lot of people live their lives and they don’t do any good at all in the world. You, at least, will know that you’ve made one person happy. Isn’t that worth a lifetime, to make one person truly happy, when I kill you? That’s exciting, you’ll make me happy. Your death will make me happy.”

As the message played, Bridge said she remembers the horror she felt sitting next to her partner, unable to hide the stony, intense expression on his face.

“It was something that Allan and I did not expect — for someone to have that level of anger and vengeance at someone running an apology line, but he had his reason,” she said. “He felt like Allan was making it too easy for people just to apologize and then go on their merry way and do whatever they wanted again. He was saying he was going to do that.”

She sighed. “It was frightening. As you can tell from his voice, he just sounds like he would do it.”

While the mugger never made good on his promise, the overarching tale doesn’t end there. This is merely the conclusion of episode one, with five episodes left in a series that spirals into deception and obsession while, at its core, remains a story about empathy.

“Right after Allan died, someone wanted to make a movie and people have wanted to do documentaries and plays, and for various reasons, it never panned out — even though we all had good intentions,” Bridge said. “But I never gave up the hope that I could bring his work back to the public because I felt that it was an incredible archive of people’s thoughts and feelings and emotions. It’s really the human condition.”

Starting in January 1983, Allan Bridge began making cassette tapes of the previous two weeks best calls and broadcasted them on the outgoing message of the answering machine, allowing callers to not only confess their secrets, but respond to those of others. An unexpected community and borderline cult following grew, producing hundreds of “program tapes” that are the pulse of the podcast.

From reviewing the thousands of recorded messages, and conducting dozens of interviews, Bridge proposed 47 potential storylines to the Wondery team — they decided to take the “true crime” route, she said — and simultaneously gained a deeper understanding of her late husband’s work, not to mention why he slowly unraveled.

“It made me realize why the Apology Line lasted for 15 years — because he gave of himself completely — and that’s what kept it going,” she said. “I think people would have drifted away if it wasn’t for his close involvement with it, and making the program tapes every two weeks. It became his real world; that’s where he lived. That was the world that he created, and he invited these people into it, and they all were there together.”

From 1991 to 1995, the Apology Line was the second most-called phone number in the tri-state area. And while it is impossible to say how many calls the line received over the course of its lifetime, it is easily in the hundreds of thousands — perhaps even in the millions, Bridge said.

“He didn’t feel like he was in any godlike or exalted position by running the line,” she said. “I think he really thought of himself as an artist and someone who was just an everyman who was running the line.”

After Allan Bridge died in the hit-and-run, the Southampton Town Police Department canvased the area, going door to door looking for the rider who fled the scene. “It was an accident, of course,” his widow said. “Scuba diving in the inlet was not allowed. The person would not have been charged, they just wanted to find out what happened.”

But the person never came forward, and the Apology Line fell silent.