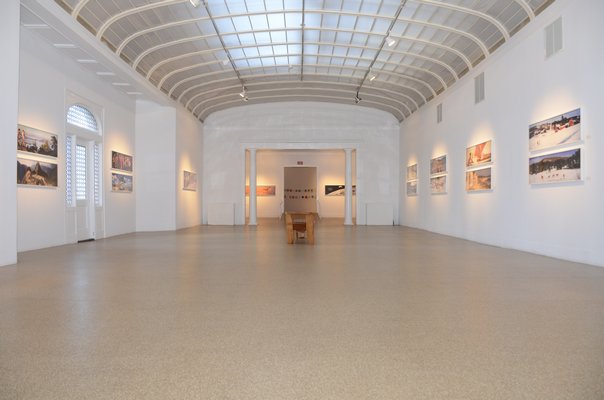 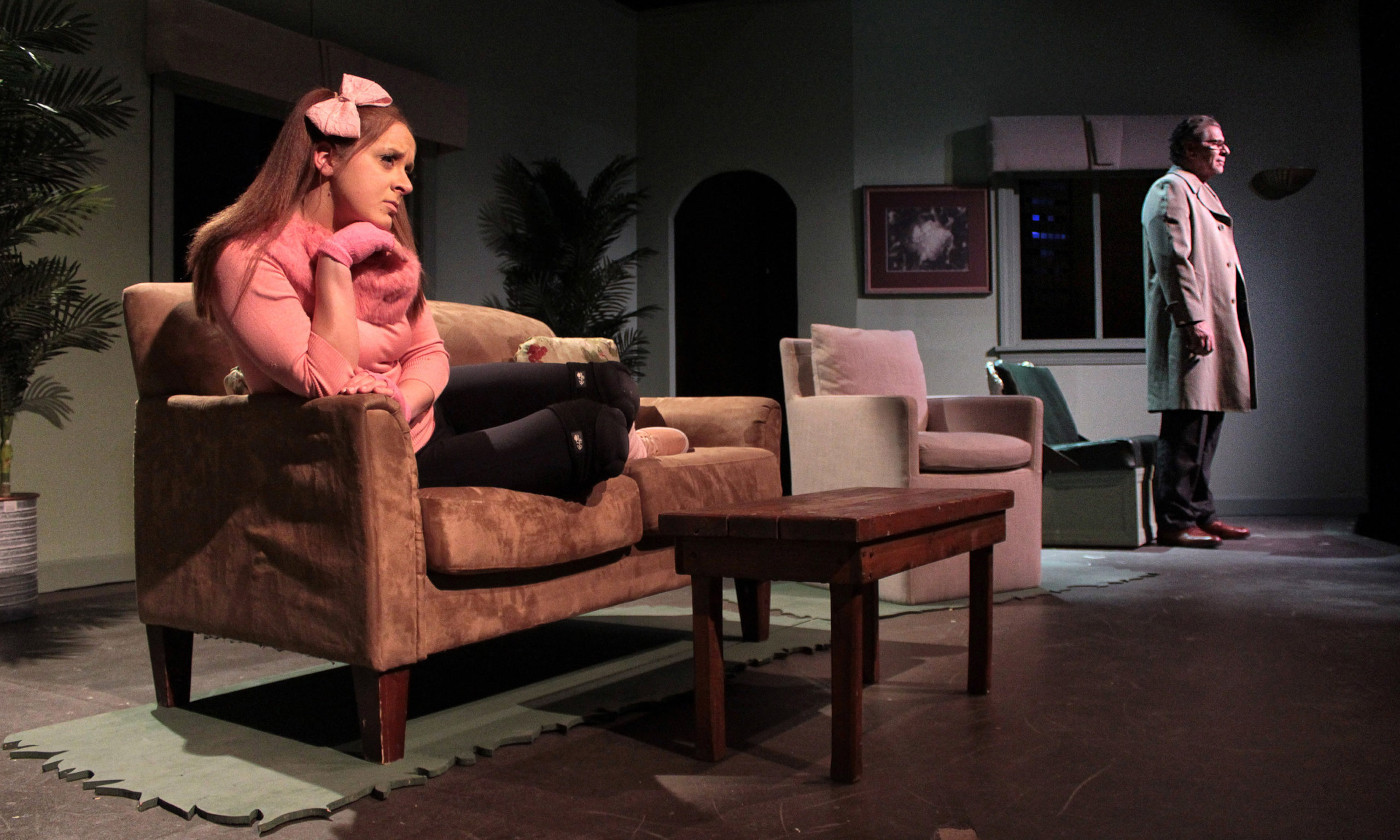 Closures and cancellations of arts organizations in our area due to concerns about the spread of COVID-19 include the following:

Due to Governor Andrew Cuomo’s proclamation on COVID-19 regarding theaters and large gatherings, Suffolk Theater (suffolktheater.com) in Riverhead is suspending operations until staff is able to reconvene, hopefully at the end of May.

For current ticket holders, effort are underway to reschedule shows. For those who can’t make it to the makeup date, Suffolk Theater is asking patrons to accept a credit for an upcoming show instead.

Bay Street Theater (baystreet.org) is postponing its recently scheduled casting audition for the summer production of "Ragtime! The Musical." The audition, originally scheduled to be held on Thursday, March 26, will be held on a later date.

At this moment, no decision has yet been made to move or postpone the production dates of the production and everything is proceeding as planned. For those affected by the postponement of this audition, call 631-725-0818. Keep up-to-date with all audition announcements by visiting baystreet.org/about/actors-and-playwrights

Bay Street Theater has canceled all events, classes and workshops from now through the end of April. Anyone with tickets should call the box office at 631-725-9500 to either donate or exchange tickets for another performance later this year.

The regular Thursday night jazz Jam Sessions (thejamsession.org) at Ed's Lobster Bar in Sag Harbor have been cancelled until further notice. Fans can still listen to The Jam Session Radio Hour on Wednesdays from 7 to 8 p.m. at WPPB 88.3 FM.

As of March 16, East End Arts (eastendarts.org) in Riverhead is closed and staff will be monitoring Suffolk County guidelines and Riverhead School District's closures and notify the public of any changes or updates

For all students in group and private music lessons and art workshops/classes, East End Arts is working with instructors to set up virtual lessons. Check e-mail for updated instructions.

The membership meeting and artists call for Art in the Park scheduled for March 24, has been cancelled and will be rescheduled at a later date.

Tripoli Gallery (tripoligallery.com) in Wainscott postponed the public opening reception for its exhibition "Surge" featuring the work of Alice Hope. The gallery will temporarily be open by appointment only with the work scheduled to remain on view through April 12. Visit the gallery website and social media platforms for information or call 631-377-3715.

The Southampton Cultural Center (scc-arts.org) is closed until March 29. The remaining performances of "Sherlock's Secret Life" by Boots on the Ground Theater have been canceled. Ticket holders will receive a full refund in the next 7 to 10 days.

All performances at the Westhampton Beach Performing Arts Center (whpbac.org) are postponed or canceled through April 16. All classes will continue as scheduled, unless otherwise notified. Patrons who have purchased tickets to any events scheduled between those dates may request a refund or ticket transfer to a rescheduled date.

Ticket holders will be contacted directly by the box office.

The Saturday, March 21, Bridgehampton Chamber Music concert “A Mozart Portrait with Alan Alda” has been postponed. The upcoming concerts in the spring series on April 18 and May 16 are still scheduled to take place as planned, The organization is sharing updates with ticket holders directly and on its website, www.bcmf.org.

All HamptonsFilm (hamptonsfilmfest.org) screenings scheduled at Guild Hall in East Hampton will be canceled through March 31.

Guild Hall in East Hampton (guildhall.org) is suspending all programs, including those in the John Drew Theater, the Guild Hall Museum and classrooms, through March 31.

In order to continue providing cultural programming to patrons during this time of uncertainty, Guild Hall will live-stream select content like gallery tours of the “Artist Members Exhibition” as available. These programs will not be open to the public but will be created for online audiences only.

All March concerts of the Wamponamon Masonic Music Series (masonicmusicseries.com), which take place upstairs at the Sag Harbor Whaling Museum, are canceled.

As of March 13, Hampton Theatre Company (HTC) (hamptontheatre.org) in Quogue has decided to postpone its production of A.R. Gurney's "Sylvia," originally scheduled to run from March 19 through April 5. HTC will continue to monitor and follow recommendations from the Centers for Disease Control and Prevention, the World Health Organization, and local agencies and will reassess the most responsible course of action as of March 31.

HTC is determined that the show must go on, and will present its production of "Sylvia" as soon as it is safe to do so. In meantime, HTC is offering full refunds for all tickets already purchased, and hopes to see patrons at the theater when the show is rescheduled.

To exchange tickets for a future date or receive a credit, call 631-653-8955 or email info@hamptontheatre.org.

Southampton Arts Center (southamptonartscenter.org) in Southampton Village has canceled all programs through April 12, and as of March 13, has decided to close all galleries effective immediately. A virtual tour of the SAC's "TAKEOVER!" artists-in-residence exhibition is available on YouTube.

Southampton History Museum (southamptonhistory.org) has canceled all public lectures, workshops and programs through March 31. At this time, the museum will remain open for tours as follows:

Madoo Conservancy (madoo.org) in Sagaponack is postponing all upcoming March events including it March 24, Madoo in Manhattan even with rosarian Stephen Scanniello.

Madoo will alert patrons once new dates have been selected. Those who have already bought tickets to either event will be contacted personally.

The Watermill Center (watermillcenter.org) has canceled all public programs through April 3. The organization will continue to house its artists-in-residence. Meanwhile, the situation will be reassessed on a daily basis and other spring residencies may be canceled if warranted.

Goat on a Boat

All March Goat on a Boat (goatonaboat.org) puppet shows in Sag Harbor have been canceled.

Sag Harbor Cinema (sagharborcinema.org) has canceled its screening of “A Bigger Splash” scheduled for March 29 at Bay Street Theater. The screening will be rescheduled at a later date.

BookHampton in East Hampton (bookhampton.com) has canceled its upcoming wine tasting with Park Place Wines & Liquors which was scheduled for March 19. In addition, Sunday morning story times have been canceled until further notice.

As of now, scheduled author events will go on as planned at BookHampton, but check the website for updates. These events will be limited to no more than 15 attendees.

South Fork Natural History Museum (SOFO) in Bridgehampton (sofo.org) is closed until further notice. All outdoor programs and walks will continue as scheduled. The trails behind the museum will remain accessible from the museum's parking lot.