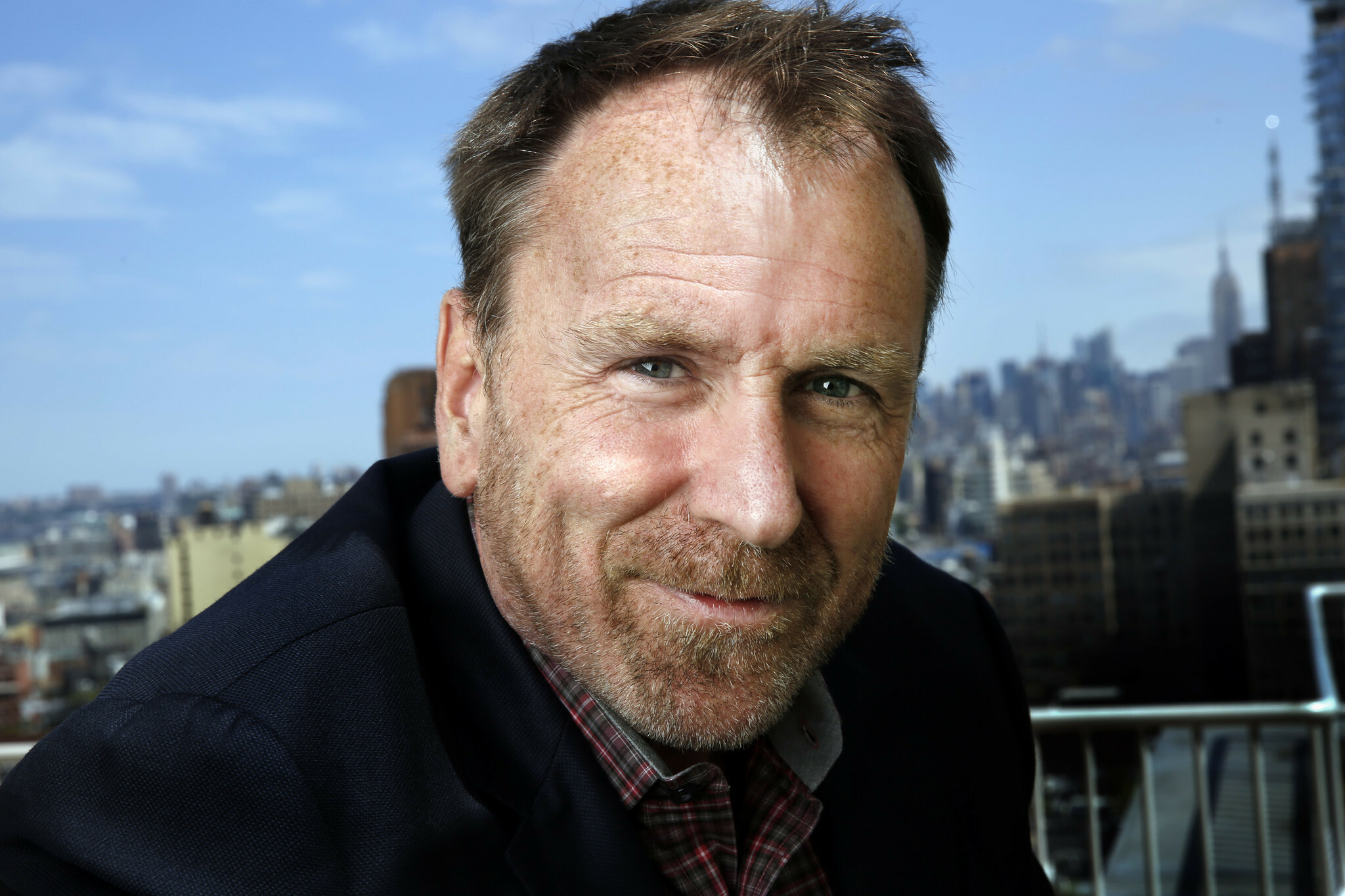 Colin Quinn will perform at Bay Street Theater in Sag Harbor on Saturday.

Quinn will bring his thoughtful and comedic take on the state of the country and the national divide. Calling from a Manhattan diner near his home, he spoke earlier this month about the evolution of the show, his connections to the East End, and how he has spent the pandemic.

Jerry Seinfeld directed a couple of Quinn’s past one-man shows, but this time around, Quinn is not enlisting a director.

“I’m just doing it myself, because this is more like stand-up than most of my shows,” Quinn said.

He explained the distinction is this show, in its current form, is less thematic and goes in different directions.

Quinn named the show “The Last Best Hope,” but he explained that he has diverged from the original concept, which he had established while presenting it in a New York theater for a month.

“I was trying to force myself to keep thematic,” he said, with the idea being that everything has deteriorated. “But now it’s sort of about personality. So it’s changing. So I’m gonna have to change the name of it.

“Although. I’m still the last best hope, so technically, that’s going to be an eternal fact,” he said, tongue in cheek.

Over the course of the New York run, the show evolved, and he continued to change it to the point that it is more than 50 percent different from what his Manhattan audience saw.

“Wherever I go, I change it every night because, you know, or else you go crazy if you don’t have new material,” he said.

The beauty of doing a show by himself is that it gives him flexibility, he said. “You don’t need to worry about the lighting cues or any of that kind of stuff.”

He said the show was initially about the “cultish nature of society today.” As it evolved to be more about personality, he talked more about the different types of people who make up society.

“I was doing two things: one of them was personalities of people, funny stuff about that kind of stuff. And the other stuff was political, and then it sort of grows together, where it’s: wait a minute, part of the conflict is personality.”

He previously took on political divide and conflict in America in his 2019 show “Red State Blue State,” which he performed off-Broadway before it made its television debut on CNN as the network’s first comedy special.

“Anybody that is a real down-the-line Democrat or Republican, in my opinion, is insane,” Quinn said. “So anybody that has a political stance is almost like part of the problem.”

He defies anyone to tell him what his politics are because he shifts like anybody else.

“It’s almost impossible to really say what your politics are, unless you’re just a rigid kind of person who believes, you know, ‘This is how I am, and I go down the line with it,’” he said. “It makes no sense to me. It’s part of the problem.”

In addition to past appearances at Bay Street Theater, Quinn’s also performed on the East End at Guild Hall and Westhampton Beach Performing Arts Center. His familiarity with the region goes back even further, to when he worked at Westhampton T-Shirts in summer 1982.

“I’ve been going out there forever,” he said.

Regarding his past trips east, he said nothing really happened to him, but he does have an interesting story about a friend: “A woman stabbed him with a fork at a Southampton comedy club back in the old days,” Quinn said. “... He was attacking her, being snotty. She was drunk. She ran on stage and stabbed him with a fork. That was my favorite memory from the Southampton comedy club.”

“I did not graduate,” he said. “You might say, didn’t even come close. But I did love it, and I really got to know Suffolk County.”

Like other New Yorkers, Quinn was stuck at home during the beginning of the pandemic, but he said it didn’t bother him.

“It gave me a new appreciation for being live in front of a crowd, that’s for sure,” he said.

To get back in front of a crowd safely, in September 2020 he hosted “Colin Quinn & Friends: A Parking Lot Comedy Show” at a Brooklyn drive-in movie theater. The performance was also filmed for HBO Max.

“It was definitely fun to do something where you couldn’t get laughs,” he recalled. “You had to rely on car horns. It was kind of interesting, just changing the dynamic a little bit.”

During the pandemic, he also worked on and completed his latest book, “Overstated: A Coast-to-Coast Roast of the 50 States,” in which he skewers Americans of all political leanings.

While other authors had their book tours canceled due to the pandemic, he never would have planned one anyway.

“Stand-up, it spoils you, you know,” he said. “You get so used to like the excitement of doing shows that if I did a book tour, I’d be like the most annoying person. I’d be trying to make jokes the whole time I was signing the books. You know, I’d be overbearing.”