Concert And Conversation With The Sand Man - 27 East

Concert And Conversation With The Sand Man 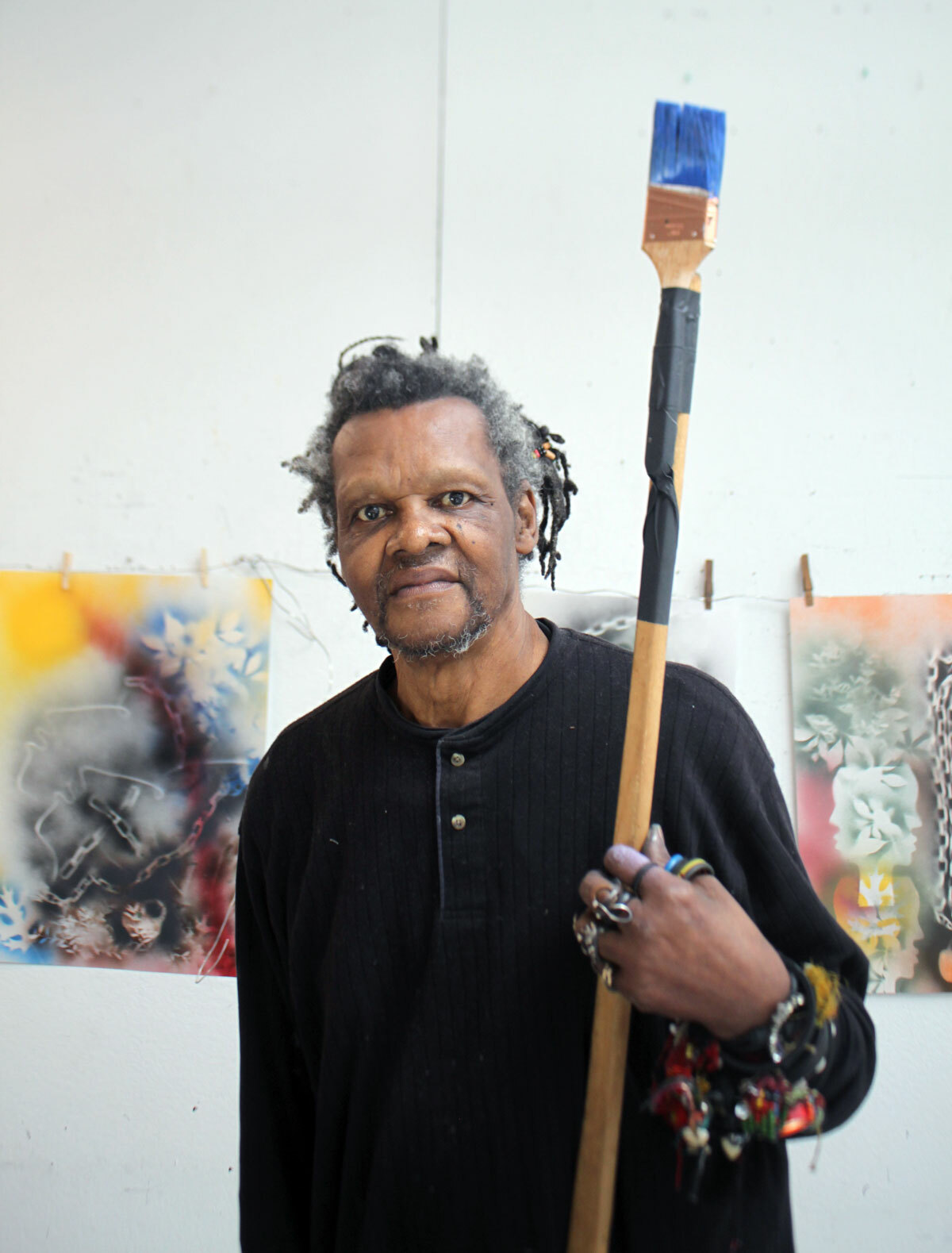 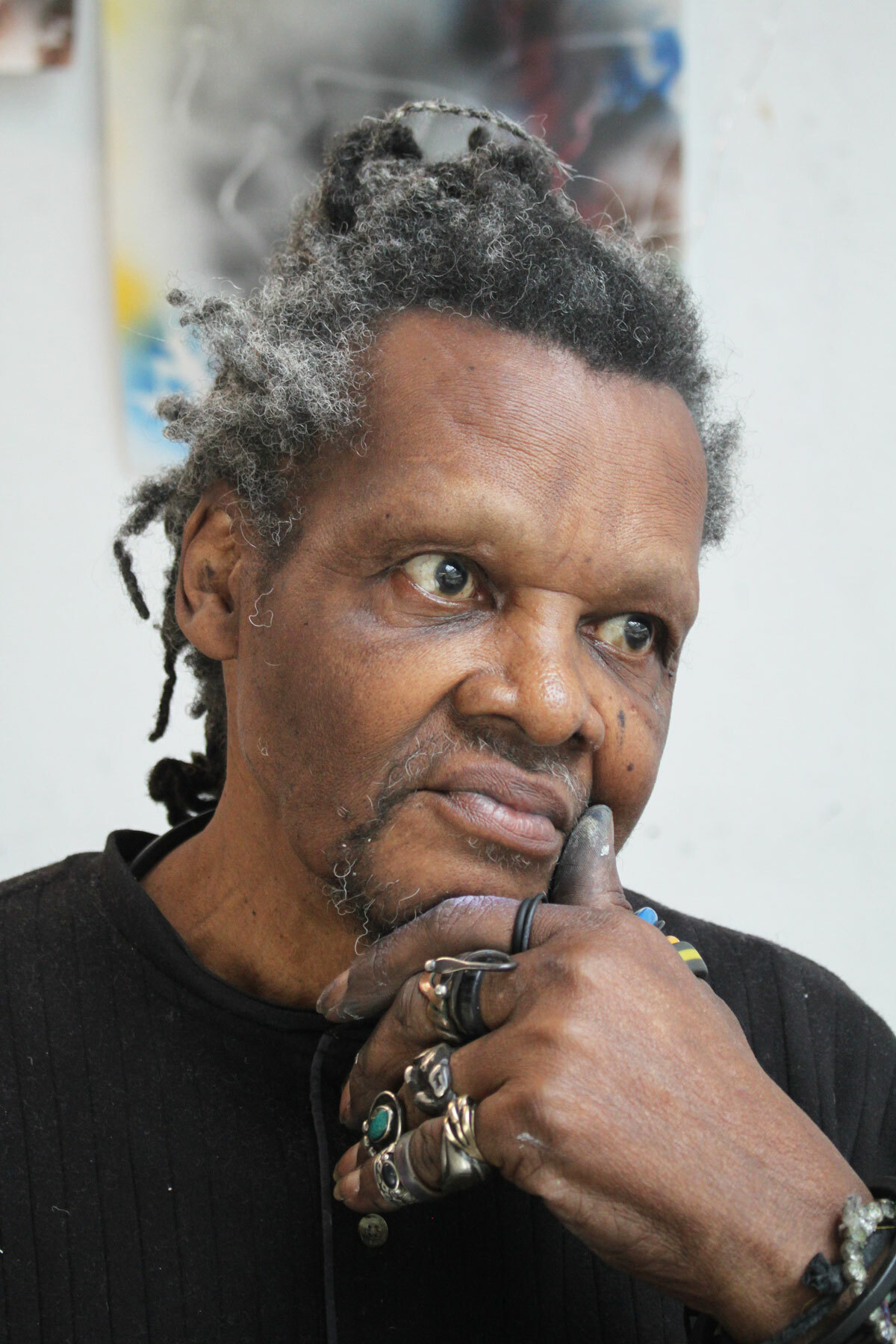 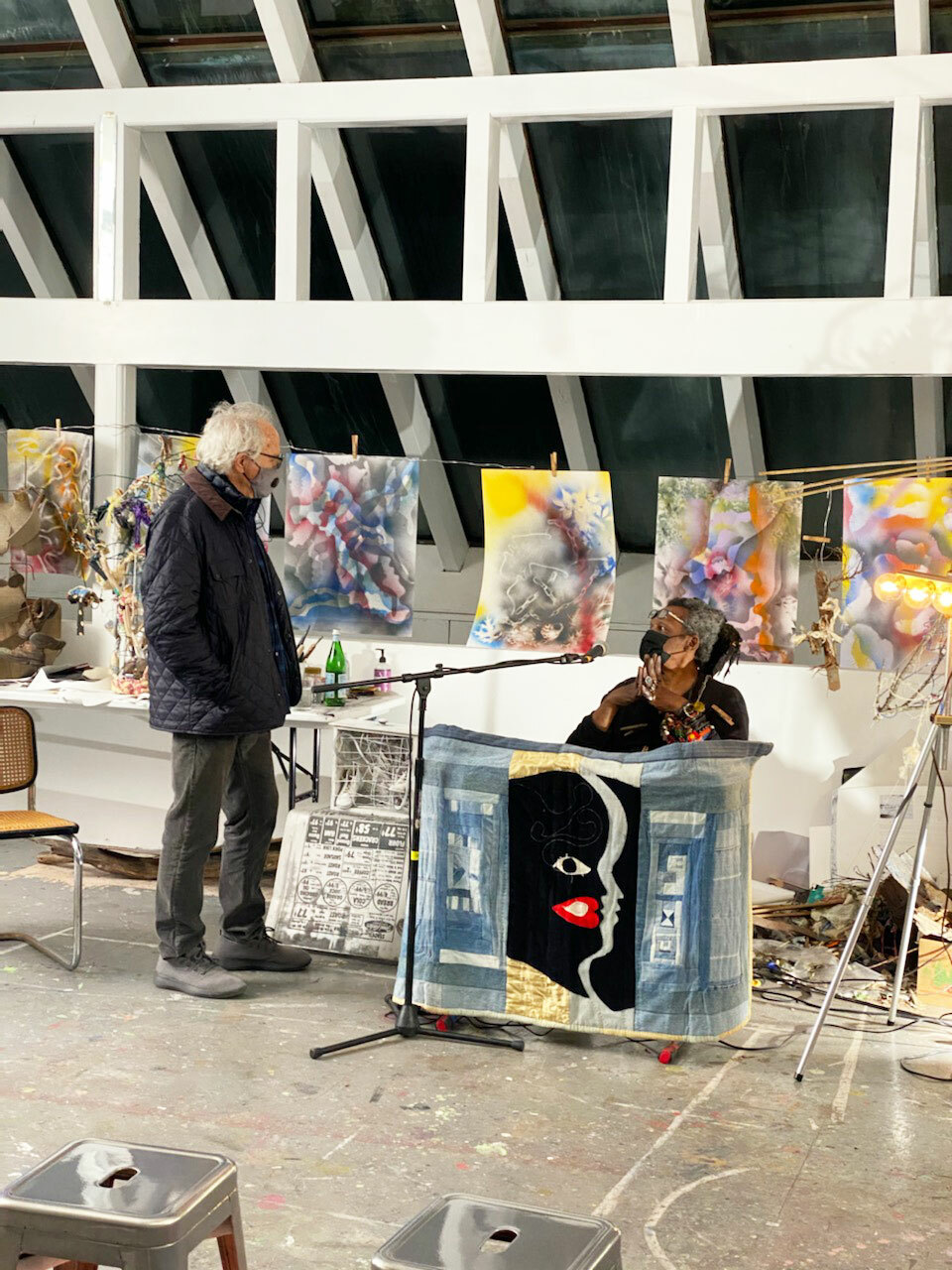 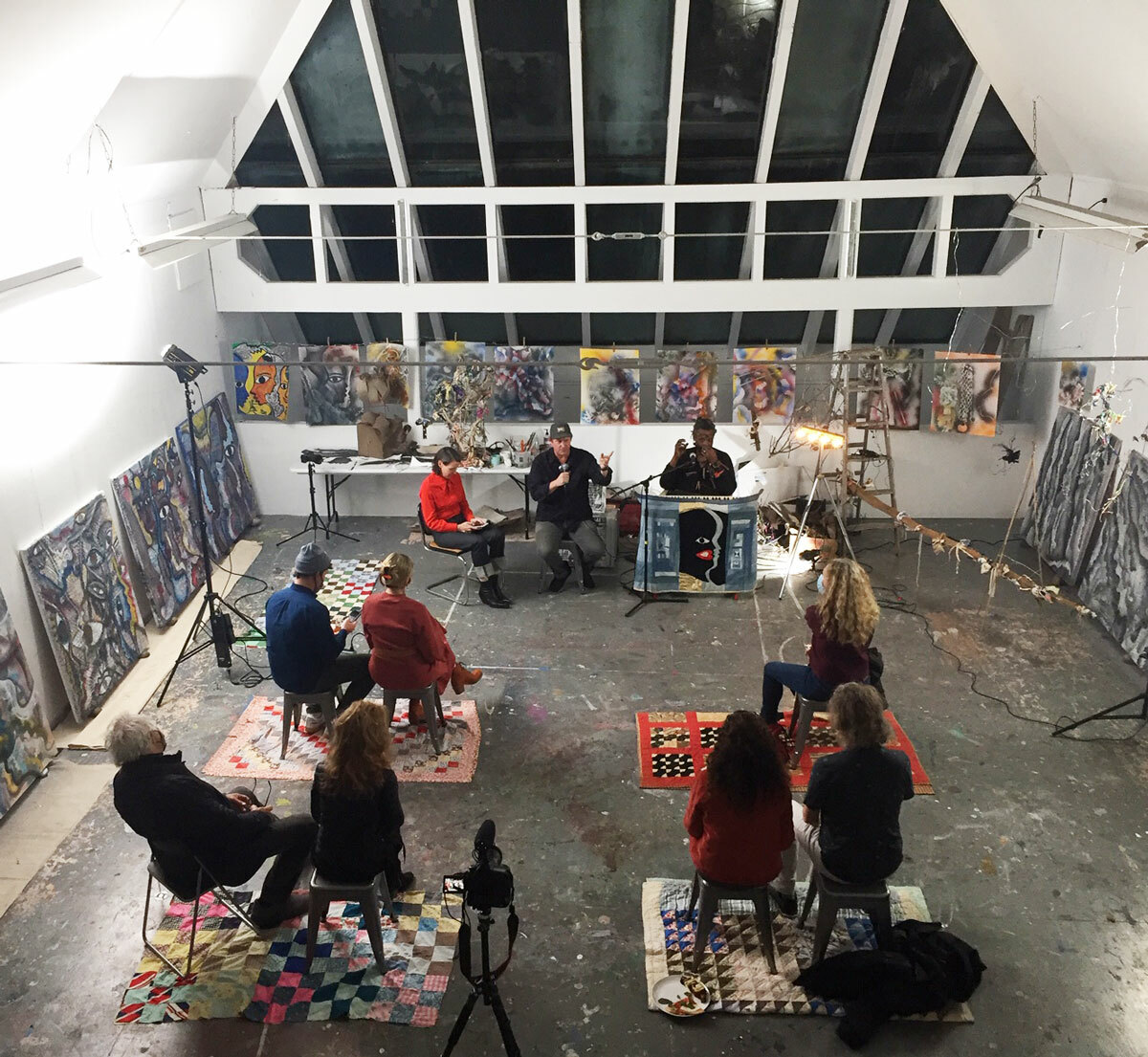 In recent weeks, Lonnie Holley, a sculptor/outsider artist/musician/filmmaker/musician known as “The Sand Man,” has been the artist-in-residence at the Elaine de Kooning House in East Hampton. Holley’s residency will culminate with a conversation/performance that will run virtually via Guild Hall on Sunday, November 22, at 6 p.m. Filmed at the Elaine de Kooning House, the performance was attended by Eric Fischl, April Gornik, Carter Burwell and others.

Holley grew up in Jim Crow-era Birmingham, Alabama. He was the seventh of his mother’s 27 children, and though his life history reads like fiction, it’s all true.

Taken from his birth family at the age of 1½ by a burlesque dancer who offered to help his mother, he was left at a “whiskey house” at the age of 4 (he claims he was traded for a bottle of whiskey), and locked up in the notorious Alabama Industrial School for Negro Children at age 11 for violating the city’s curfew imposed by Eugene “Bull” Connor.

Holley emerged from the industrial school, which was more of a “slave camp” than a school, a “Little Lost Child.” After a series of odd jobs for the next decade — including working as a grave digger — Holley discovered his true talents as an artist after carving tombstones for his niece and nephew who had been killed in a house fire. He’d never look back. Perhaps best known for his immersive sculptures, his work was recently included in the American Academy of Arts and Letters’ 2020 Invitational Exhibition of Visual Arts. His installation Lost Child was featured at Pennsylvania Academy of Fine Arts from January-August 2020.

Though he’s been making and self-recording music since the early 1980s, his first album was released in 2012. In late 2018, he released the critically acclaimed third album, “Mith,” which was named one of the dozen best records of the decade by the New Yorker. In July 2020, he released the album “National Freedom.” His visual art is in the permanent collections of numerous museums, including the Metropolitan Museum of Art, The Philadelphia Museum of Art, LA County Museum of Art, and many others. His acclaimed short film, “I Snuck Off the Slave Ship,” his first as a director, premiered at the 2019 Sundance Film Festival.