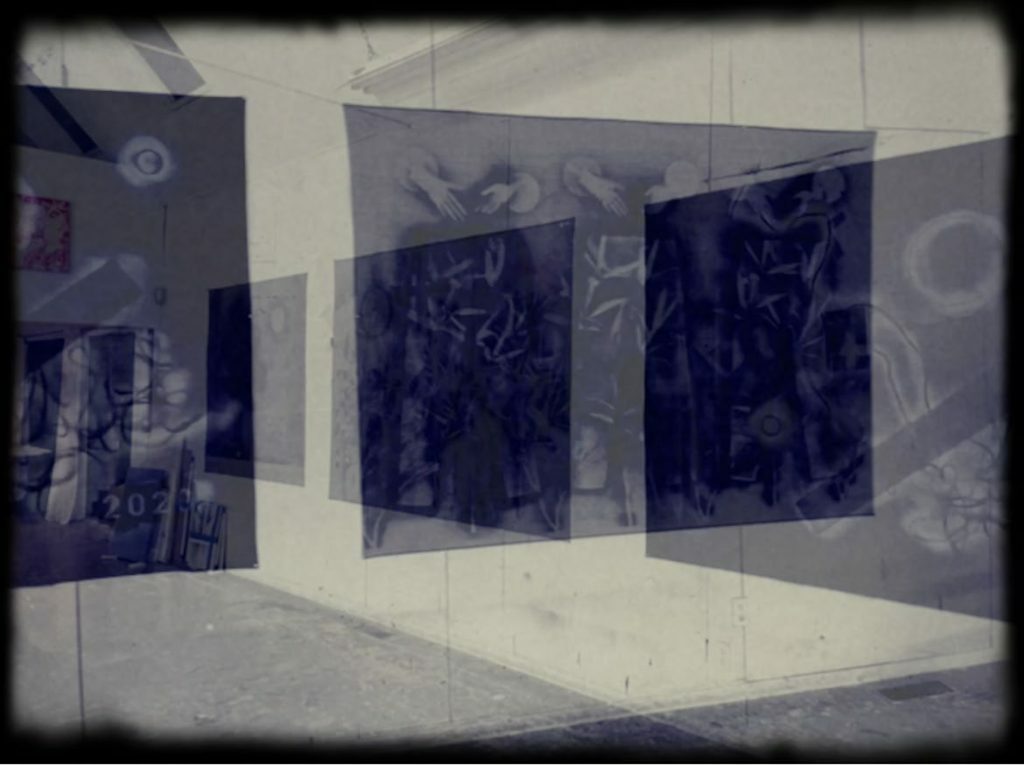 During her residency at the Elaine de Kooning House in East Hampton, Meckseper is sharing weekly 3- to 5-minutes film clips — produced and edited by the artist — chronicling the non-linear process of her new works in the studio.

The studio’s architecture will be featured in various cinematic modes with layered shots of the artist’s works in progress and the surrounding landscape. The short films will create a unique view of her residency as well as the space and its history.

The first installment from the film series became available for viewing on guildhall.org on June 22, and subsequent installments are available every Tuesday at noon through July 13.

Concurrent with the inclusion of her film “Mall of America,” 2010 in the Whitney Biennial, she was commissioned to create a short film “Amalgamated” for the museum’s website featuring the museum’s Marcel Breuer architecture. In 2013, Andrea Grover organized “Josephine Meckseper: Platform” at The Parrish Art Museum in Water Mill, an exhibition that challenged traditional disciplinary boundaries by utilizing the entire museum as a “canvas.”

Meckseper, born in Lilienthal, Germany, lives and works in New York. She received her MFA at the California Institute of the Arts, Los Angeles. Her large-scale installations, vitrines and films create a window into the collective unconscious of our time. Her recent narrative movie “Pellea[s],” 2018 includes footage of the historical event of the 45th Presidential Inauguration and concurrent protests filmed by the artist. The artist’s first public project in New York, “Manhattan Oil Project,” commissioned by Art Production Fund was installed adjacent to Times Square in 2012.