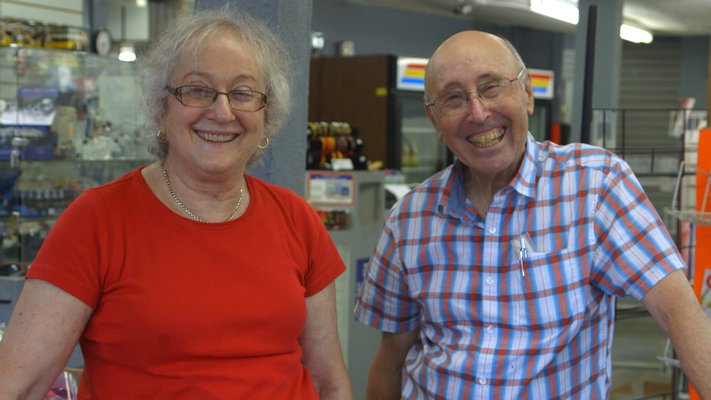 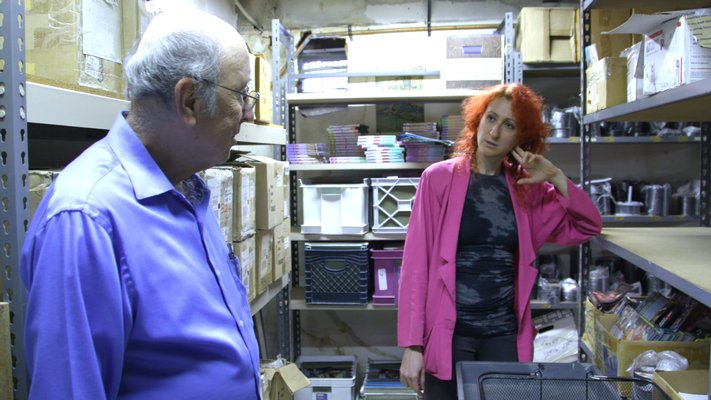 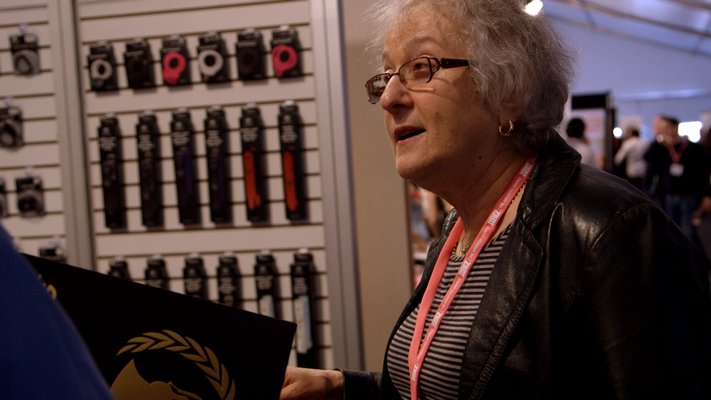 Rachel Mason once thought her parents were like everyone else’s — boring, by default — with a singular purpose to drive her insane.

It wasn’t until college that the budding filmmaker realized she had it all wrong, at least about the “boring” bit.

While taking a queer studies class with Jonathan D. Katz — an LGBTQ activist and pioneering figure in the development of a queer art history — she casually mentioned that her parents own Circus of Books, the California-based bookstore she grew up believing was just a small family business.

The look on her professor’s face told her otherwise.

“The store had a really important impact to the wider LGBTQ community in the world, and I didn’t realize that until that time,” Ms. Mason said. “I’d always just figured it was my parents’ little store and a funny thing.”

Through her lens, she tells their story in “Circus of Books” — a journey shaped by courage and strength, set against the backdrop of an industry they accidentally stumbled into and helped define. The film screens Saturday as part of the Hamptons International Film Festival’s SummerDocs series at Guild Hall in East Hampton, ahead of its wide release on Netflix this fall.

“I just always saw them as my parents, like really anyone else’s parents,” she said. “They irritated me, drove me crazy, didn’t like my choices and I thought they were really boring. But in doing the documentary and going through the whole process, I’ve come to see that they did something so heroic for such a marginalized group of people and they really were mavericks in ways I never appreciated at all growing up.”

“For so many years, my mom’s religious experience really gave her a sense of shame of working in this business. She really had to overcome that,” Ms. Mason said. “And I think it’s been a challenge for her, even now, to overcome it because shame is really deep, and shame about sexuality and all the things that connect to the store are almost intrinsic parts of her psyche.

“I think it’s been an interesting experience that has changed her, definitely, while the film has been on the film festival circuit,” she added. “She’s met people that come up to her afterward, crying, and telling them that they wish they could have had these types of conversations [that we had] with their parents. I think, in a way, it’s been a healing process for her.”

Filmed as an intimate portrait, “Circus of Books” branches out to include interviews with major players in the gay rights movement and pornography industry, including Mr. Stryker himself, publisher Larry Flynt, activist Alexei Romanoff, and longtime Circus of Books employees — who saw the store through the AIDS crisis and the fight for First Amendment rights during the George H.W. Bush administration. In fact, the store’s distribution of adult material across state lines nearly sent the filmmaker’s father to prison.

“When I think about what they did — they were really financiers on the back end — it was a really risky thing to do. I didn’t recognize until much later, but it was really risky to be involved in that,” Ms. Mason said. “I just look at them and I’m a little bit in awe of how much they were willing to take risks.”

But by the turn of the 21st century, their trailblazing could not withstand the impact of the internet, and the Masons began to see a steady decline in business. They first closed their second Silver Lake location in 2016 before shuttering their main store earlier this year — and while they would have preferred to do it quietly, their daughter had other ideas.

“My mom has never been happy about the documentary — never found it interesting or a good idea, a good use of my time,” Ms. Mason said. “It was always a secret and, also, I think she genuinely felt like this could just go down into yet another one of my little projects. She never would have participated had she known it would be this successful.”

Ahead of its premiere at the Tribeca Film Festival last spring, Netflix acquired the documentary, and its upcoming release comes at a time when anti-LGBTQ sentiments are on the rise, despite decades of activism and progress, Ms. Mason explained. Earlier this month, she read in the Los Angeles Times about the New Independent Fundamental Baptist Movement, a network of about 30 churches that are actively fanning homophobia and encouraging hate crimes.

“Their mission is to end LGBTQ life and really, the most unbelievable, violent stuff I’ve ever read,” Ms. Mason said. “I was like, ‘Oh my God, what in the world?’ And this is California! This is not the Midwest. There are these churches popping up all over California and they’re extreme in their hate speech.

“I recognize that my parents and my mom, in particular, is like an ambassador to all these people that may have really, really homophobic beliefs,” she continued. “So did my mom; she was right there with all those same people. She believed this biblical tenet that was extremely judgmental.”

When “Circus of Books” premieres on Netflix later this year, Ms. Mason said she hopes the documentary will help dispel anti-LGBTQ rhetoric, and the sheer reach of the platform will give access to more unlikely viewers, allowing them to see themselves in her parents — a cisgender, straight-laced couple who present as anything but major players in the gay pornography industry.

“In the film, you see the elders like Alexei Romanoff and people like my mom who really are not artists and RuPaul Drag Queen-types like me, raising our freak flag,” said Ms. Mason, referring to the flamboyant counter-culture that she is a part of as someone who identifies as queer. “Alexi Romanoff is married to a nurse, my mom has had a synagogue membership her entire life.

“At the end of the day, its really about embracing the queer community that is all of us,” she said. “We’re not a separate, marginal group of people. We are really tied into every family in the world.”

The Hamptons International Film Festival will conclude its SummerDocs series with “Circus of Books,” screening Saturday, August 24, at 7 p.m. at Guild Hall, located at 158 Main Street in East Hampton. A Q&A with director Rachel Mason, HIFF Co-Chair Alec Baldwin and Artistic Director David Nugent will follow. Tickets are $25 and $23 for members. For more information, visit hamptonsfilmfest.org.