"An Extra Day" by Carol Hunt 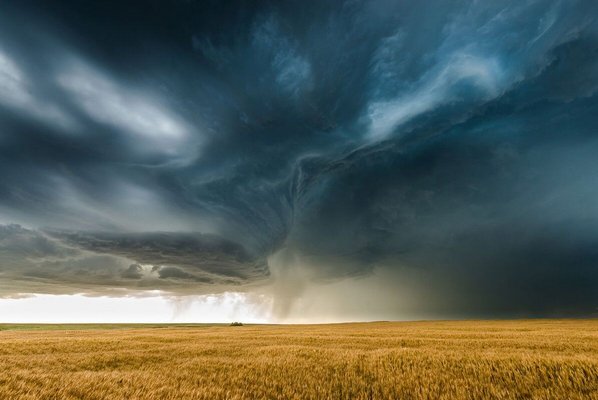 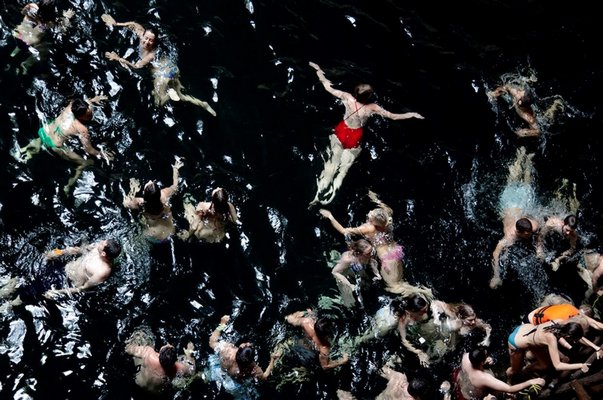 A photograph by Francine Fleischer from her series "Swim: The Water In Between" 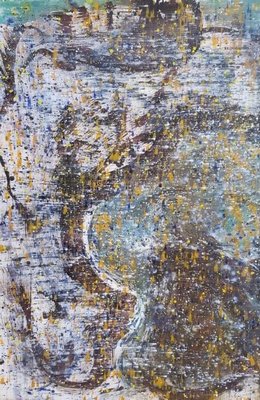 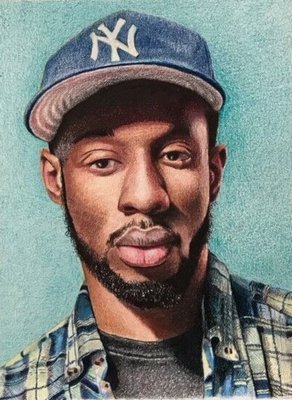 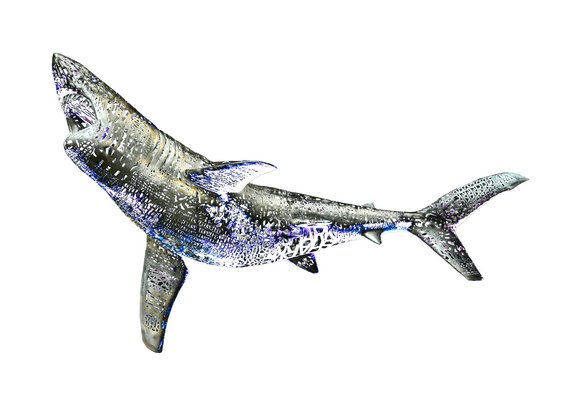 "Emptiness of Shark" by Michael Cardacino 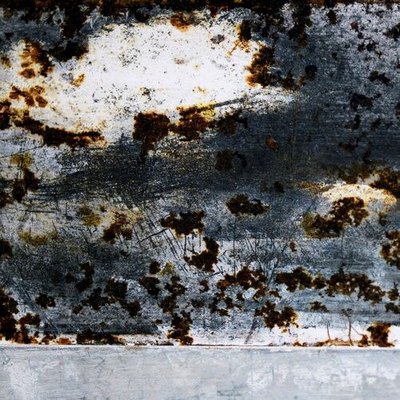 Six years ago, artist Paton Miller was invited to a think tank comprised of several Southampton community leaders, including then Mayor Mark Epley, to brainstorm about possible uses for the former Parrish Art Museum space on Jobs Lane.

The Parrish had recently relocated to its new building in Water Mill and for the people at that meeting, the big question was, what sort of arts center should be created in the now vacant space in the heart of the village?

“I think they wanted an artist’s point of view,” said Mr. Miller in a recent phone interview as he recalled that meeting. “I said, ‘If you’re going to open an arts institution in this area, it’s important the community loves you. The best way to do that is reflect the area and shine a light on the artists who live and work here.’”

You could say that Southampton Arts Center (SAC) has done exactly that and more in the years since. One of the most consistent aspects of SAC’s programming since its founding in 2015 has been “East End Collected,” an annual art exhibition curated by Mr. Miller which, over the years, has highlighted work by hundreds of local artists.

“There are always 600 to 800 people who come to the openings. It’s a wonderful thing and very inclusive,” said Mr. Miller. “You see everybody there—the baymen, the art patrons and even the fire chief.”

On Saturday, April 20, the annual exhibit returns, this time as “East End Collected5.” As the name implies, it’s Mr. Miller’s fifth curated show and this time around, it includes work by 25 artists. Also opening that day is “EEC Jr.,” an exhibit of work by seven area high school artists. When asked if there is a specific theme for this year’s exhibit, Mr. Miller simply replied, “Yes … ‘Us, here, now.’”

While the focus on artists from the East End has remained the same since the show first began, Mr. Miller says what has changed is his skill at curating the large museum space. He now knows, for example, that sculpture is the connective tissue of the exhibit and he needs to install sculptural pieces in the open areas to act as an anchor.

What’s also changed is the name of the artists themselves.

“With the first show, I thought it was one and done and I put myself in it, in a corner,” said Mr. Miller. “It was so successful they asked me to do a second show. I made the decision almost spontaneously not to repeat any artist, including myself. This is the fifth show and we’ve had 170 artists, with no repeats.”

Mr. Miller notes that some of the participating artists come to the exhibit with international acclaim, while others are totally unknown. The one unifier, he explains, is that they are all working artists, not just weekend hobbyists, and all have a serious body of work to show for their efforts.

“It’s not about what I like or dislike, but someone who is active in the area,” explained Mr. Miller. “This is like an ear on a rail. I have exhibited artists who have huge international careers alongside those with no careers, but the quality of their work is good.”

“I can tell you there are jewels out there that are unknown.”

Though he avoids assigning specific themes to the show from year to year, Mr. Miller does find that patterns pop up organically as part of the curatorial process. This year, for example, there is more photography in the show than usual, and the artists are running three to one in favor of being women.

“I wasn’t doing a #MeToo thing, it just happened,” said Mr. Miller, “just like the photography.”

Also organic is the way in which Mr. Miller locates artists for the show. That happens primarily through word of mouth, and though he lives in Southampton, Mr. Miller is happy to include artists from the North Fork in the show as well.

“I love meeting artists from Greenport and Orient. Arden Scott from Greenport is in her 90s and she’s an amazing artist,” he said. “I had heard of her work but when I got to see it, I was like a kid in a candy store.

“She’ll be showing a fleet of boats, all made of rebar,” he added. “One is 20 feet long and I know exactly where it’s going.”

Practice makes perfect and Mr. Miller’s confidence reflects the notion that his curatorial skills have come a long way in recent years. Now that this annual exhibition has become so popular, Mr. Miller admits he’s already started a list of potential artists for “East End Collected6.”

As he looks forward, Mr. Paton also reflects back on that initial meeting six years ago to discuss the future of the old museum building. He credits the SAC staff, including executive director Tom Dunn and artistic director Amy Kirwin, as well as the board, for ultimately creating an arts center worthy of the community it serves.

“It’s the Bruce Lee of arts organizations,” said Mr. Miller. “It’s quick and fast, and their turnaround from one show to the next is lightning speed.

“They are just a joy to work with and what they’re able to do is staggering … and the community has embraced it.”

• Free “Hangouts,” opportunities to socialize with EEC5 artists, play Ping-Pong, have a glass of wine, and just relax, will be offered on Thursday, April 25, and May 30, from 6 to 8 p.m.

• On Saturday, May 25, and Sunday, June 2, at 11 a.m., Friends of SAC are invited to tour Paton Miller’s home and studio. Email mbishop@southamptoncener.org to make a reservation.

The art exhibition “Solar Impressions” that was at the Southampton Arts Center this past fall ... by Staff Writer