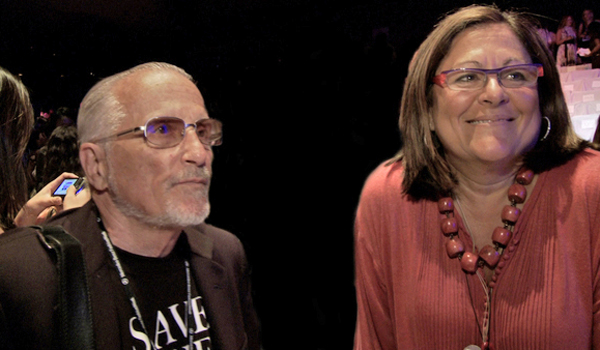 Garment industry workers Stan and Fern were interviewed for the documentary. 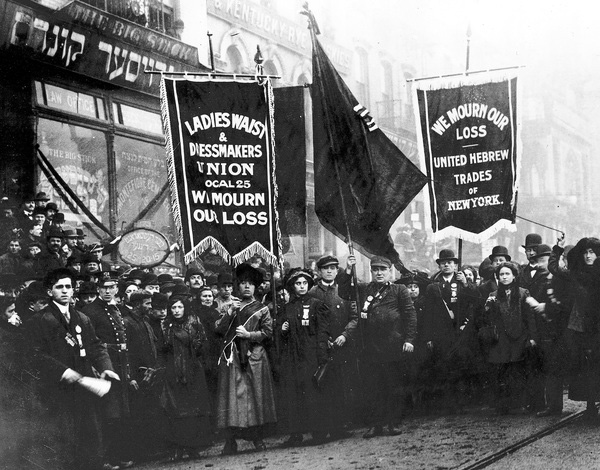 Historic footage of Kheel Center demonstrations is part of "Schmatta." 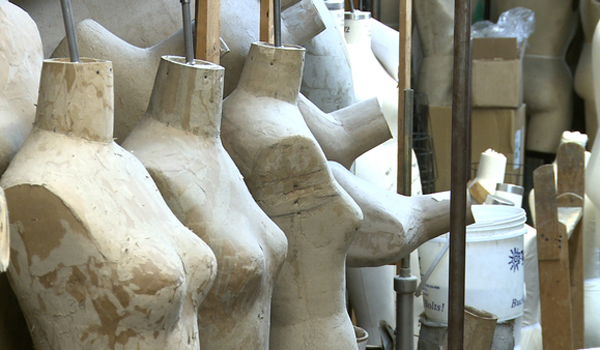 Symbol of a changing industry: scarred mannequins are relegated to forgotten storage rooms.

HBO is known for “The Sopranos,” “Curb Your Enthusiasm,” “Entourage,” and other high-profile shows. So it was understandable that Marc Levin would be a bit taken aback when HBO executives suggested that his next project be about ... the garment industry.

But it all turned out well, because the outcome of that meeting was “Schmatta: From Rags To Riches To Rags,” a documentary that will be screened on October 8 in East Hampton and Monday, October 12 in Southampton as part of the Hamptons International Film Festival. The film will be broadcast on HBO on October 19.

“I will admit that at first I was a bit flabbergasted,” admitted “Schmatta” director Mr. Levin about the suggestion from Sheila Nevins, HBO’s executive in charge of nonfiction films. “I knew the garment industry had pretty much disappeared, so at first I didn’t get the relevance. Also, I was somewhat of a fashion illiterate. I was thrown off balance. But the more I got into it, and making family connections, I realized I very much wanted to make this documentary.”

Among the family connections that Mr. Levin, who lives in Amagansett, discovered was that his great-grandfather, Isaac Levin, an immigrant from Lithuania, invented the “adjustable dress form” while working in the garment district in New York. His grandfather, Herman Levin, owned the Acme Dress Form and Hangar Company in Brooklyn. A different kind of family connection was made while working on the project: Mr. Levin’s son, Daniel, is the director of photography on “Schmatta.”

This has been an especially busy year for Mr. Levin, who already had a busy career. He emerged as a director thanks to a 1998 feature film, “Slam,” that earned awards at both the Sundance and Cannes film festivals. Much of his career since has been devoted to documentaries and television programming.

“The Protocols of Zion” is about resurgent anti-Semitism following the 9/11 attacks. “Street Time” was a series on Showtime that starred Rob Morrow and Terrence Howard. He joined Clint Eastwood, Wim Wenders, and others as directors of episodes for a PBS series on blues that was produced by Martin Scorsese. Mr. Levin has also co-produced 10 films for “America Undercover,” an HBO series on crimes and their consequences.

Last year, he was a producer of “Cadillac Records,” the feature film about Chess Records and its blues artists that starred Beyonce Knowles and Adrian Brody. And this year, in addition to promoting “Schmatta” and escorting it through the festival circuit, he is producing with Forest Whitaker “Brick City,” a series featuring Newark Mayor Cory Booker that is being broadcast on the Sundance Channel.

After that initial meeting, “Schmatta” became a labor of love for Mr. Levin. In addition to the family connections, he grasped the implications of the garment industry’s rise and fall.

“Sheila’s instinct was, if we pull all the strands together of clothes and fashion and shopping and the decline in our economy, we can tie that to the virtual demise of the garment industry,” said Mr. Levin. “Almost everyone you talk to has a friend or relative who was touched by this industry. We wanted to make sense of the garment industry’s story as a microcosm of the American economy as one century ended and another began. The story is almost the same in other bedrock American industries—steel, cars, electronics, and textiles.”

“Schmatta” shows how the industry began in the 19th century, mostly in downtown Manhattan, fueled by the labor of immigrants. For decades, the industry clothed much of the world and virtually all of the United States. In the 1950s and ’60s, it gave birth to the fashion industry, and among those making appearances in the film are Ralph Lauren, Isaac Mizrahi, and Calvin Klein. Along the way, garment industry workers were in the forefront of the labor movements that transformed many American industries.

“We’re so bedazzled by the glitz and the glamour of what has become such a huge industry that has almost transcended music and film that we don’t really think about what’s behind the curtain—the human story of everything that has led to the beautiful clothes and the models,” Mr. Levin said of the fashion industry and its humble origins in the garment district. “Yet it’s all a mirage now because we’re busted, our economy has no clothes. The film is intended to give us some sense of how we got here.”

The documentary is a somewhat romanticized view of the industry, especially the progress made by unions in improving the lives of workers. Not portrayed is how both the unions and employers used gangsters like Dutch Schultz to either intimidate factory owners or break strikes in the 1920s. The industry was well mobbed up by the late 1950s, when Carlo Gambino, the reputed “boss of bosses,” assumed control over the garment district by appointing two of his sons to powerful positions. By the early 1990s, the garment industry in New York was grossing $2.5 billion, with a significant portion of that going into the pockets of organized crime.

But, as “Schmatta” shows, it was downhill from there as company owners, seeking to cut costs as well as cloth, sent their operations overseas and opened up plants with cheap—and very much non-union—labor in southern and southeast Asia, and as a result in the U.S. well over a thousand jobs were lost per year. One by one during the last 15 years the manufacturing shops in the garment district closed completely or were converted into co-ops and other residences. Mr. Levin himself owns a loft on the fringes of the district, in a former button factory.

The film is bookended by two tragedies. The first, portrayed in historic footage, is the Triangle Shirtwaist Factory fire of 1911. Almost all of the employees were women, and among the appalling conditions, the doors to the stairways of the high-rise building were locked to prevent any workers from leaving, or even taking unauthorized breaks. When a fire broke out that raged through the eighth to 10th floors, dozens were killed by the flames or by leaping to their death. Among the victims was the great-aunt of Ms. Nevins of HBO.

The other echoing tragedy is the fire that occurred several years ago at a garment factory in Bangladesh, in which workers were killed in similar circumstances.

Mr. Levin is also seeing another industry in jeopardy, documentary filmmaking. “In one way, it is tougher to make a living,” he said. “I see that with my son, Daniel. There is not as much money, but the technology has made it easier in the sense that you can go out and shoot a documentary for a few thousand dollars that used to cost 10 times that. For that reason there are more documentaries being made, filling a void in the marketplace with journalism dying.

“Print is disappearing, but talk shows on TV are not filling in because they are more about keeping score than trying to make sense of what’s happening in the world. People are more open to documentaries than ever before, but it is harder to make a living for people in my son’s generation. That could just be consistent with the economy today, and my industry will improve as others do.”

“Schmatta” has been especially rewarding for Mr. Levin because, like the garment industry, it had such a humble beginning. “It makes a lot more sense to me now than it did that first afternoon at HBO,” he said. “I didn’t expect to become so passionate about the project. Now I consider myself a schmatta worker of the 21st century—I’m cutting, pasting, measuring, stitching. But for me it’s not fabric, it’s digital.”

“Schmatta: From Rags To Riches To Rags” will be screened at UA3 in East Hampton at 5:15 p.m. on Thursday, October 8; showing again at the Southampton UA theater at 4 p.m. on Monday, October 12. For more information, visit www.hamptonsfilmfest.org.