Florence Fabricant Hits The Road With 'Stirring The Pot' - 27 East 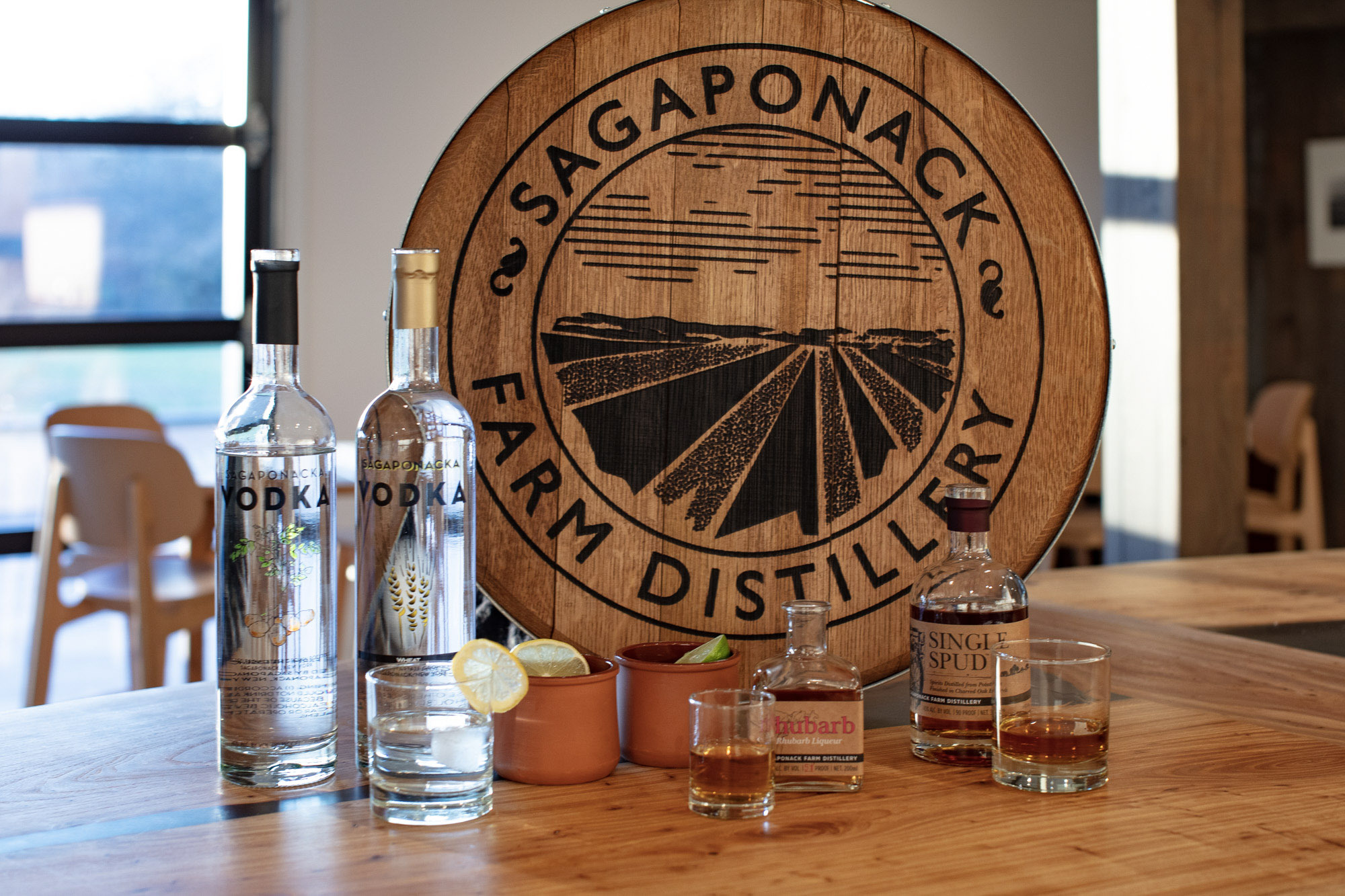 Sagaponack Farm Distillery is the location for the August 21 "Stirring the Pot." © JOHN MUSNICKI 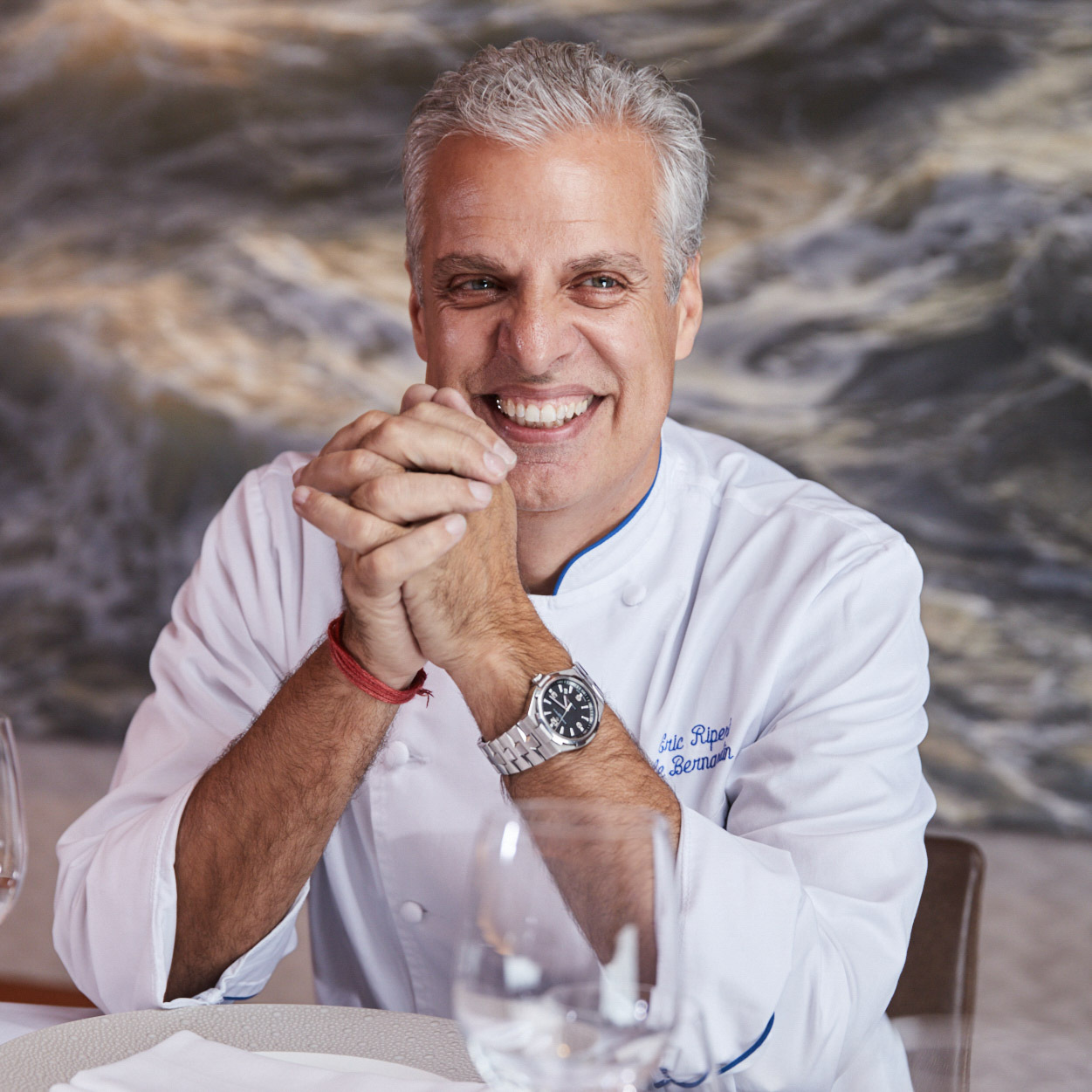 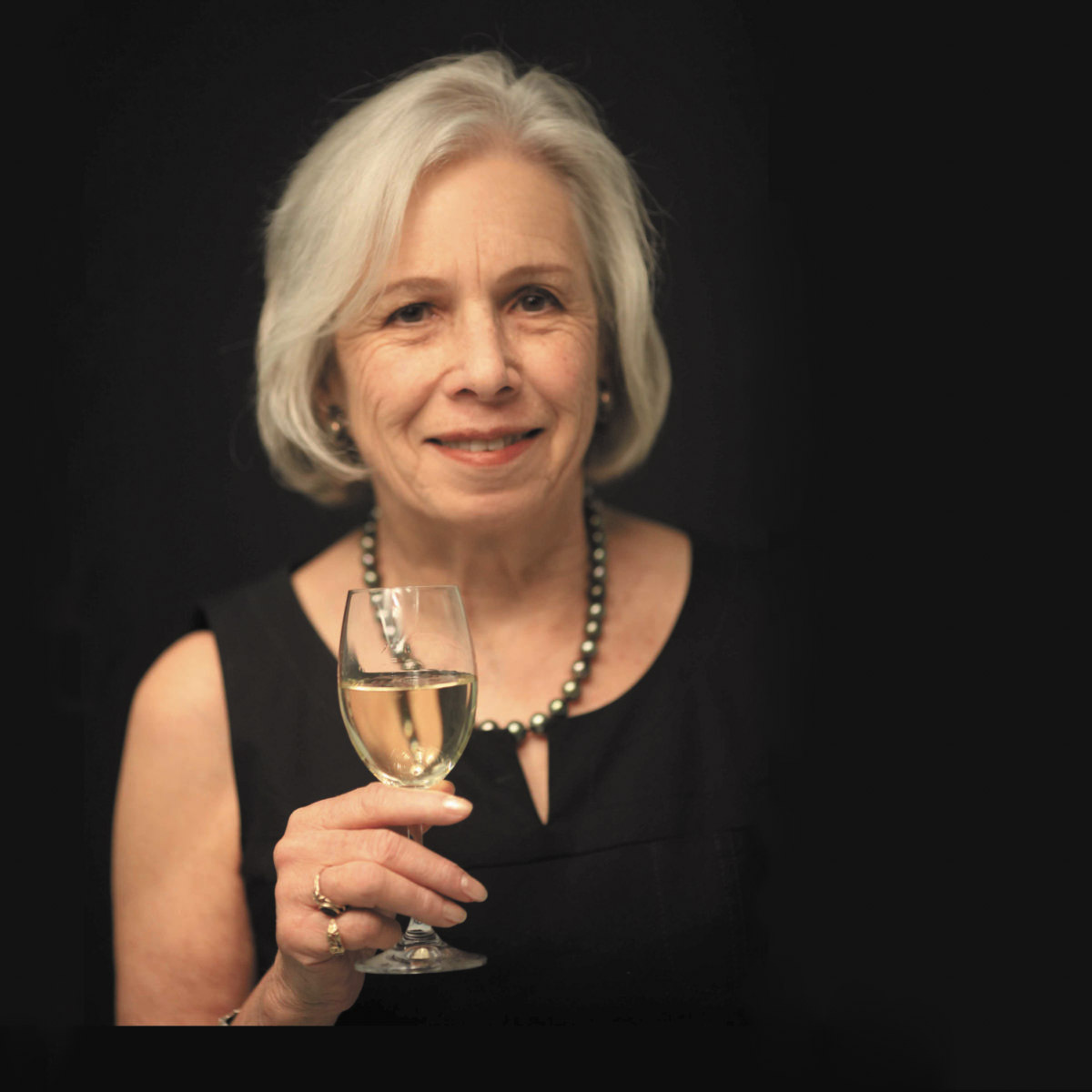 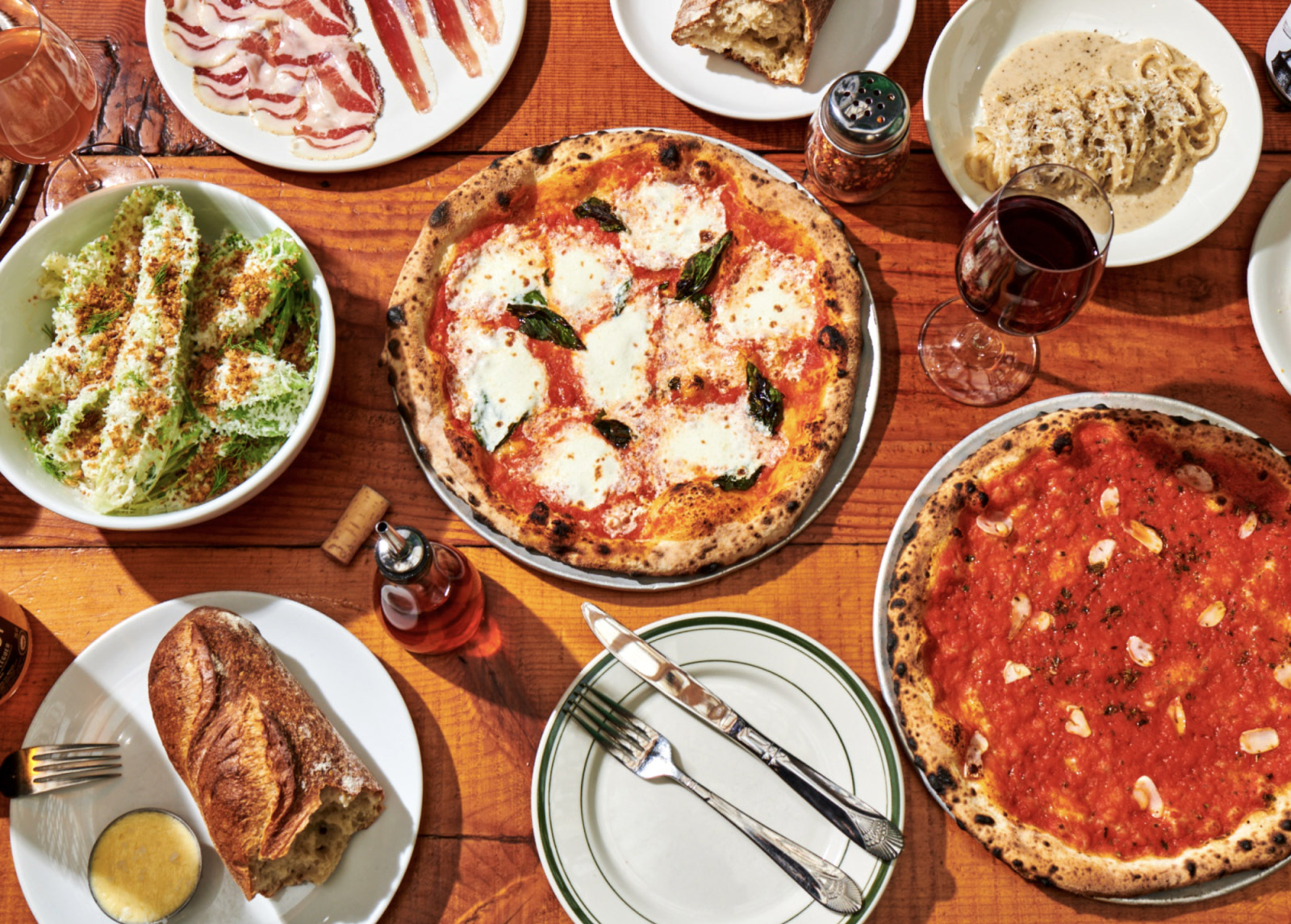 A sampling of some of the dishes at Roberta's Pizza. © IAN SHIVER 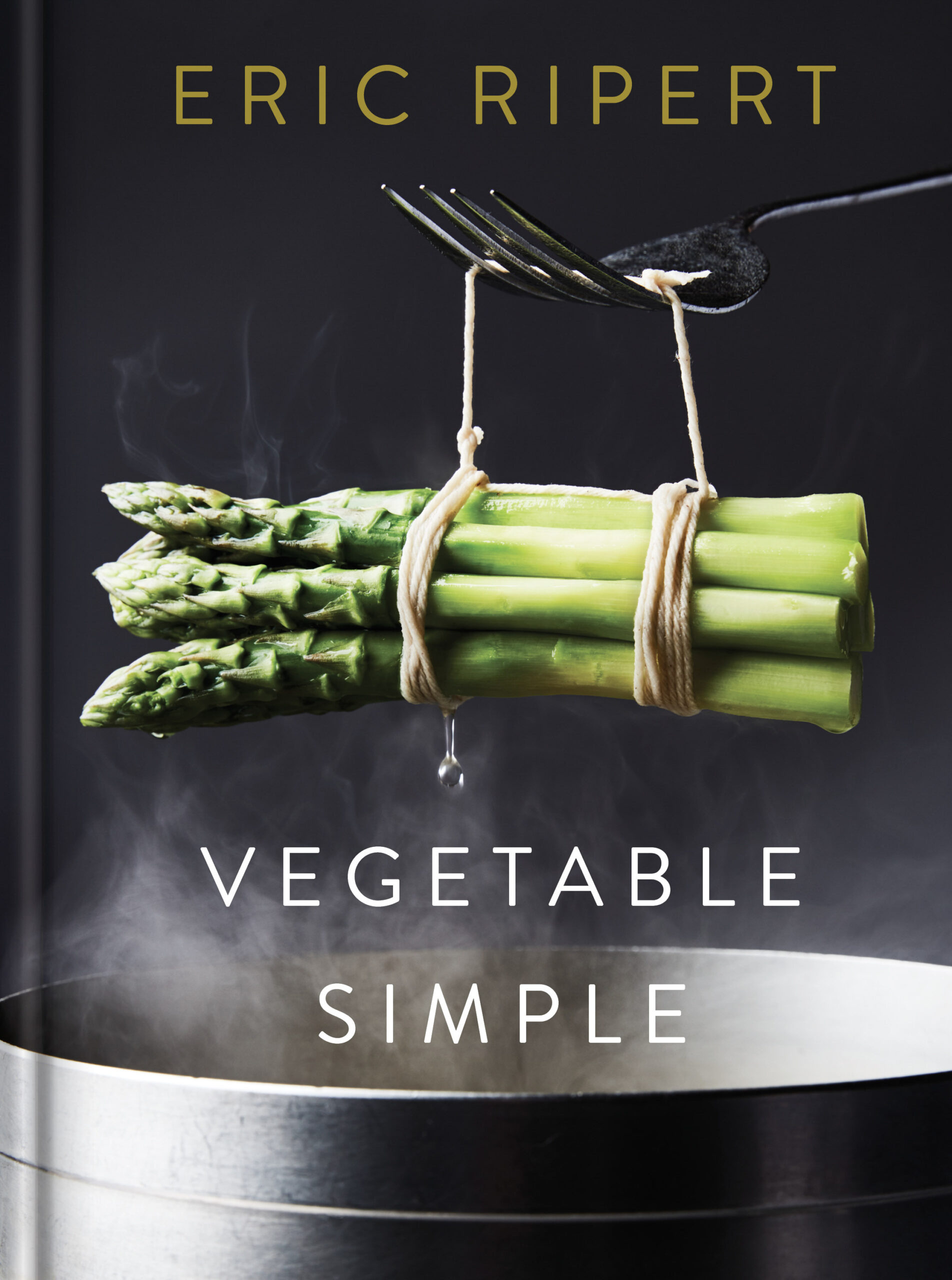 Back in 2011, the folks at Guild Hall approached New York Times food and wine writer (and East Hampton resident) Florence Fabricant with a plan for a summer series.

Their idea? Bring in some of the biggest chefs, restaurateurs and food entrepreneurs in the world to share insights, tips, and even recipes with an audience with an abiding love for food.

“It was Guild Hall’s idea originally. We gave it a shot, and it was so successful, so we kept going,” Fabricant noted in a recent interview.

Food and restaurant culture has truly taken off in recent years, and celebrity chefs are all the rage. In the decade-plus since “Stirring the Pot” was born, Fabricant’s summer lineup of culinary conversations has brought some of the biggest names in the business to Guild Hall to talk about their specific food passions and talents — Dan Barber, Anthony Bourdain, Martha Stewart, Daniel Boulud, Tom Colicchio, Thomas Keller, Bobby Flay and Ina Garten, to name just a few.

Held in the John Drew Theater at Guild Hall, the summer series originally welcomed three guests each season. But Fabricant recalls that a fourth guest slot was added four or five years ago, after Eleven Madison Park created a pop-up restaurant in East Hampton and chef and owner Daniel Humm was available to take part in a “Stirring the Pot” session.

“Subsequently, we did four each summer — though during COVID, we did three because it was remote,” said Fabricant. “This year, we’re back to doing three because they’re elaborate.”

While COVID-19 is not affecting “Stirring The Pot” this year, it turns out that construction is. With Guild Hall currently undergoing an extensive renovation, the John Drew Theater is unavailable for the series. For that reason, Fabricant has decided to take the show on the road — literally, and this year will host her guests at three different food and beverage focused venues on the East End.

“Taking it on the road, we can’t accommodate as many people,” Fabricant explained, adding that when Anthony Bourdain took part in the series, there were 300 people packed into the John Drew Theater.

“I started talking with [Guild Hall Executive Director] Andrea Grover, maybe in March, with the idea of trying to find places we could do off-campus presentations — and the first one that came to mind, with fingers crossed at the time, that it would be open, was Roberta’s. I knew Roberta’s would be a hot number.”

With that, “Stirring the Pot” kicks off this Sunday, August 7, at Roberta’s, the newly opened Montauk outpost of the high-profile Brooklyn pizzeria of the same name. The session will feature Fabricant in conversation with Brandon Hoy, one of the restaurant’s owners.

“He was excited about the idea,” noted Fabricant.

The session at Roberta’s will also include Hoy offering a mozzarella-making demonstration, followed by a family-style pizza-tasting lunch including wine or beer. Guests will also take home a Roberta’s goody bag.

The second offering in the “Stirring the Pot” series on Sunday, August 21, will be “Cocktails in Sagaponack,” a talk, a cocktail-making demo, tasting and Happy Hour at Sagaponack Farm Distillery with co-owner Marilee Foster and head distiller Matt Beamer.

“I’ve been wanting to do something on the drinks front for a long time. As a demonstration, it was hard to do at Guild Hall,” said Fabricant. “I thought the Sagaponack distillery would work as a happy hour event, which we’ve never done.”

The session at Sagaponack Farm Distillery will focus on the Foster family’s sixth generation farm and the products that go into the spirits they produce there, the process of distilling, the art of mixology and a “happy hour” cocktail-making demonstration, including drinks and snacks.

The series finale will be held Sunday, August 28, at Hayground School in Bridgehampton, and will feature world-famous French chef Eric Ripert of Le Bernardin, who is also a Sag Harbor resident.

“Eric Ripert was a guest, if not in the first season, at least the second season of “Stirring The Pot,” and he’s a friend, too,” said Fabricant. “I asked if he would do something with Hayground School.”

The school is a logical place to host an off-site food event as it houses Jeff’s Kitchen, a state-of-the-art culinary classroom and dining area named for Jeff Salaway, a founding school parent and local restaurateur. In 2001, Salaway, a co-owner of Nick & Toni’s restaurant in East Hampton with his wife, Toni Ross, was killed in a car crash not far from the restaurant.

Though he’s known for his talent with fish, at the August 28 “Stirring the Pot” conversation, Ripert will focus on summer produce and his latest book “Vegetable Simple.” In keeping with the theme, Ripert, who grew up in the South of France, will prepare his grandmother’s “real ratatouille” for all to sample, using many of the East End ingredients that are just coming into their prime in August. The program will be followed by a book signing and beer sampling by Sag Harbor’s new Kidd Squid Brewery.

For Fabricant, after more than a decade of “Stirring the Pot,” she admits that there aren’t many chefs who she hasn’t been able to secure for the series.

“Every major food name has been here,” said Fabricant. “Though I haven’t gotten Alice Waters yet.”

In addition to “Stirring the Pot,” on Saturday, August 13, at 5 p.m., Florence Fabricant, the author of 13 cookbooks, will take part in the East Hampton Library’s 18th Annual Author’s Night at Herrick Park, 67 Newtown Lane, East Hampton Village. Fabricant will be selling and signing copies of her book “The Ladies Village Improvement Society Cookbook: Eating and Entertaining in East Hampton,” which was published by Rizzoli in 2020. Held under a tent on the park field, guests at the event enjoy hors d’oeuvres and wine and meet and mingle with the 100 or so participating authors, buy their books, and have them inscribed. Tickets for the reception are $125 at authorsnight.org.

For more information about Stirring the Pot and to purchase tickets, visit guildhall.org.