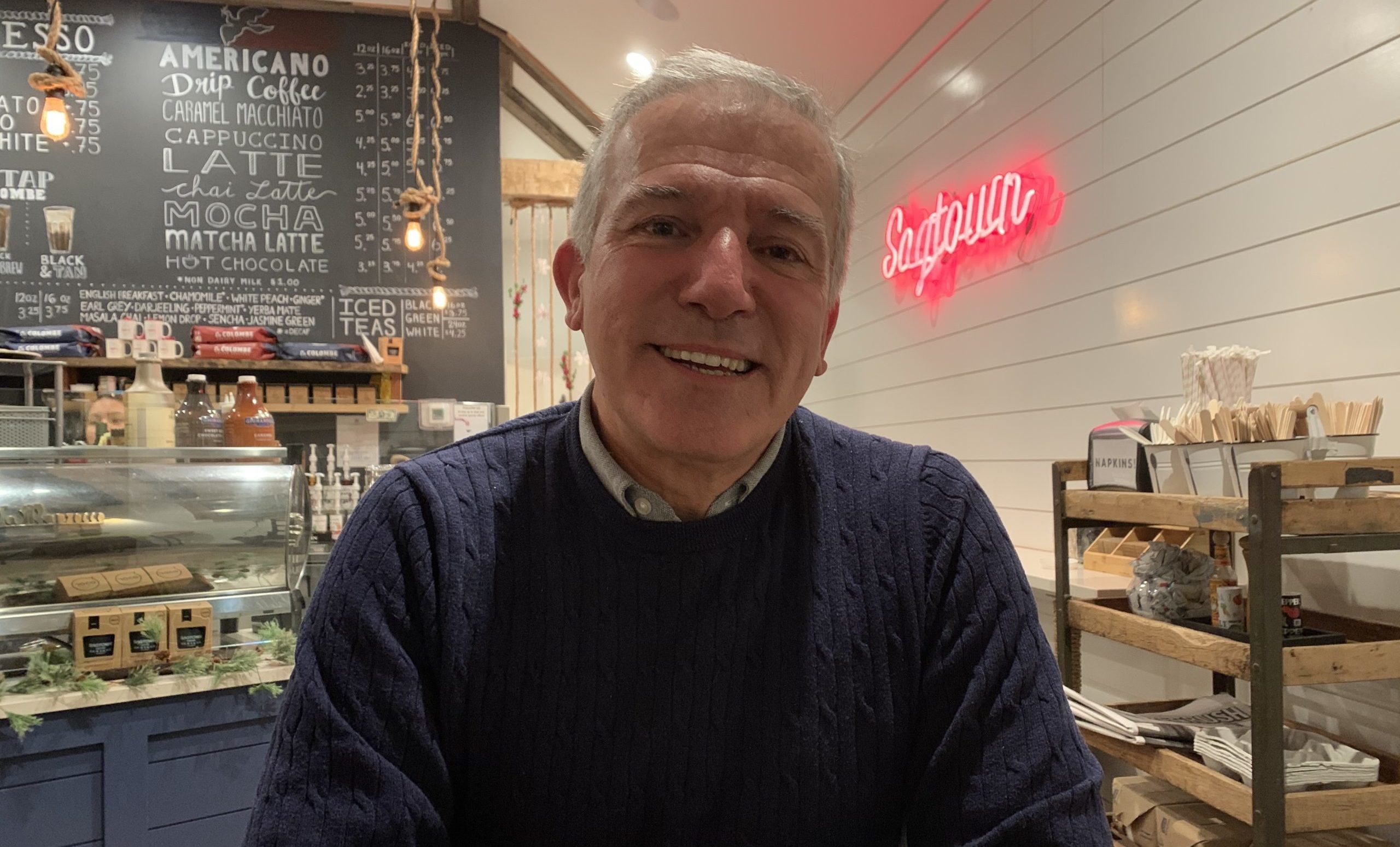 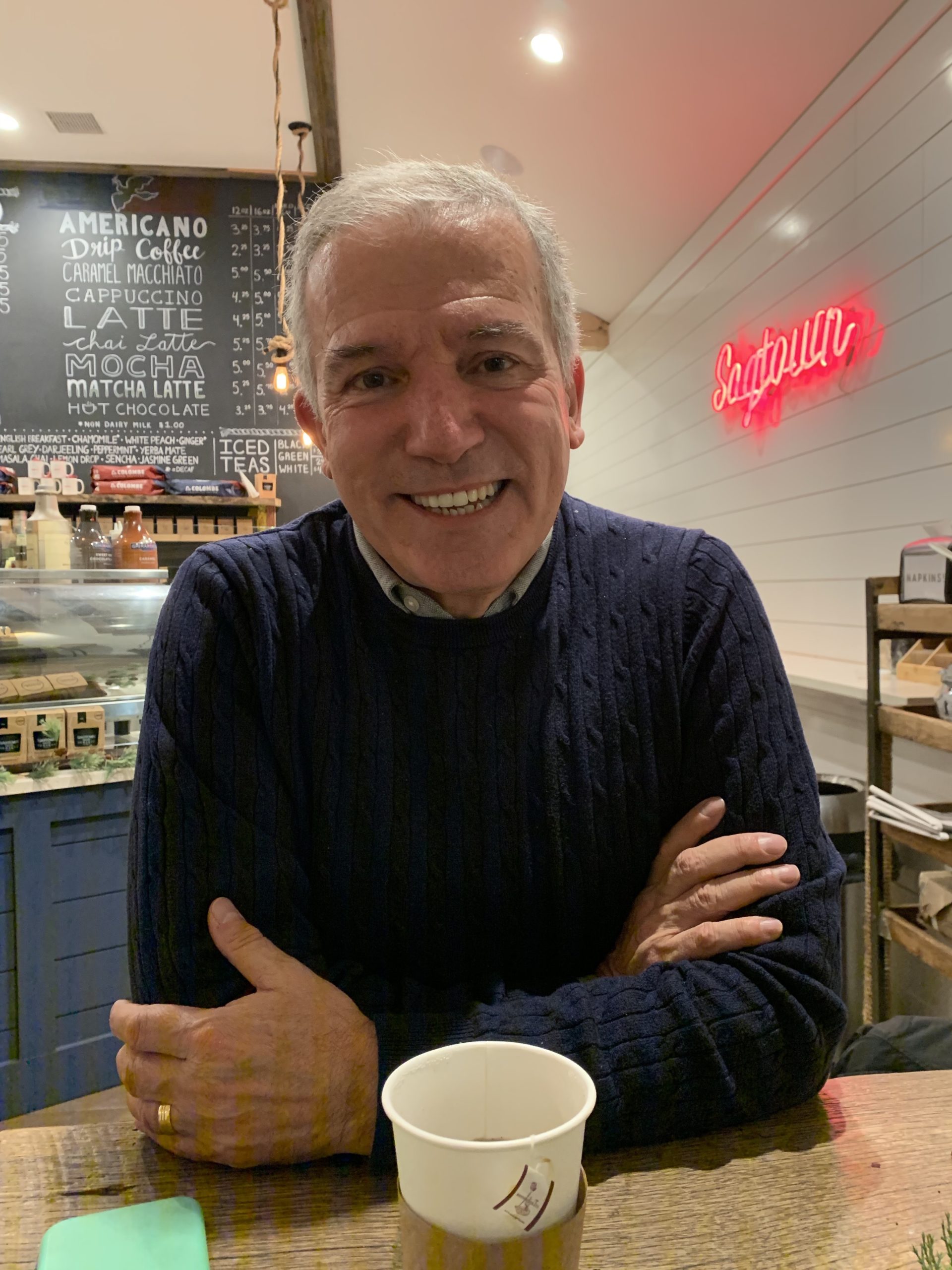 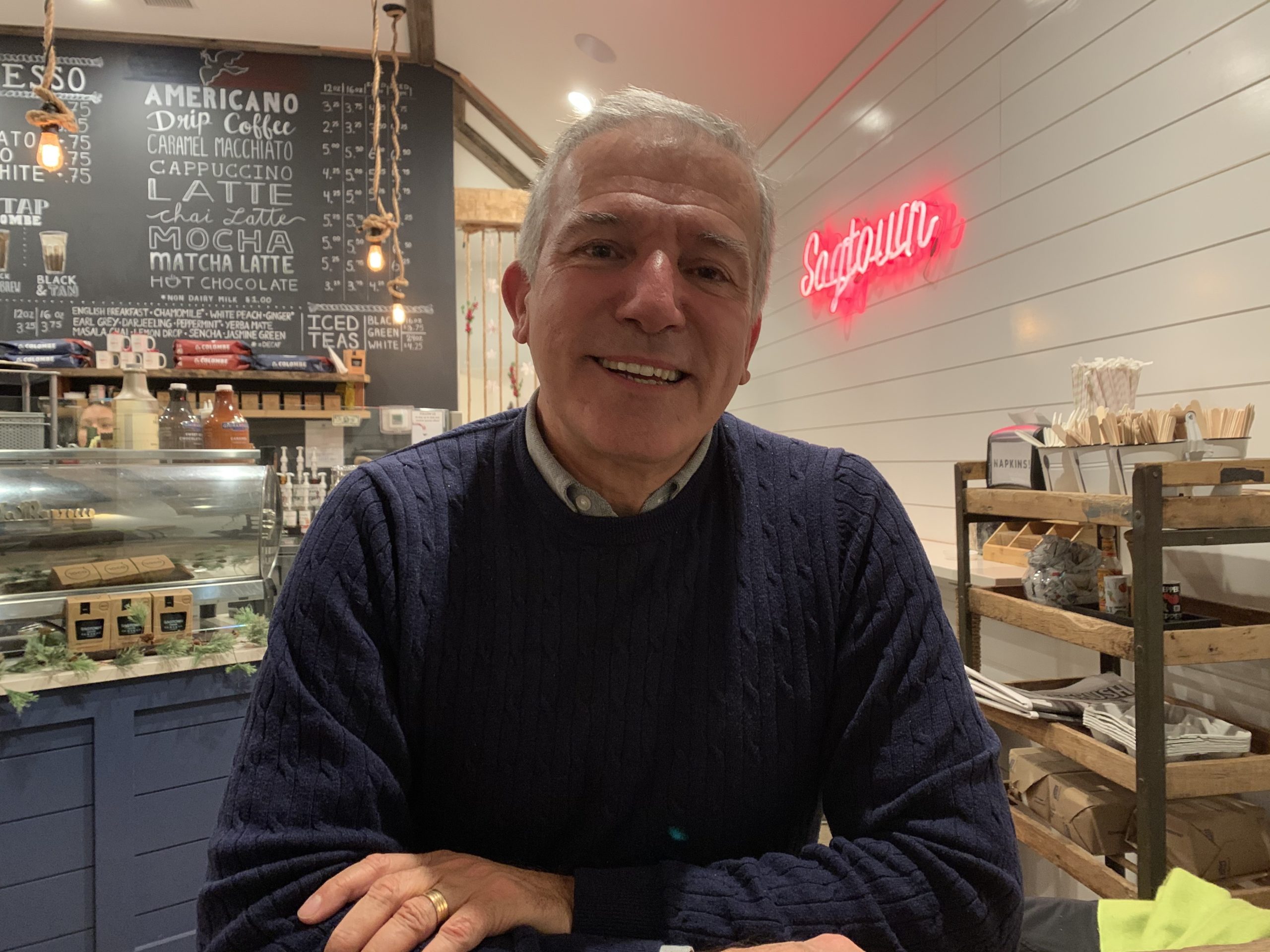 Telling stories has long been an important part of Andrew Visconti’s life. For many years, the Italian-born writer worked in New York City as a journalist and was a foreign correspondent for La Republica, a newspaper based in his native Milan.

“I covered America always through the eyes of a foreigner,” explained the East Hampton resident during a recent interview. “It doesn’t matter how close you come to the American reality, you still have to put some distance on it — in my case, 4,000 miles.”

Back in his foreign correspondent days, notes Visconti, anything and everything coming out of the U.S. was considered a source of fascination for Europeans — especially pop culture.

“It was the years Madonna was emerging as an artist,” Visconti explained. “I wrote about movies, books — at first it was a lot of cultural stories — then I did politics too, when the Bush father was president, then during Clinton’s administration, and Bush Jr.”

But in recent years, writing has become less of an occupation for Visconti and more of an avocation as his interest in storytelling has shifted from that of a journalist’s perspective to one that is decidedly more personal and introspective.

“Memoir and journalism writing are so close, but in journalism you never write about yourself and in memoir, it's all about you,” he said. “Memoir has become my thing. I had no idea how perfect a match it was in my background and personality. I’m a total convert to memoir reading, writing and teaching.”

For that reason, Visconti is now happily sharing his love and talent for genre by leading others in memoir writing workshops at East Hampton Library. That’s where his most recent seven-week course began in late January and come March, a new spring session will follow.

Since he began teaching memoir writing, Visconti has come to understand that while many of his students come to his workshops with a distinct idea of what they think they want to write, the group dynamic often has a way of convincing them to shift the narrative.

“If they’re patient, people start processing the information in a different way and feed off what other people bring into the class with intimacy and new ideas developed,” he said. “I’ve experienced this with several of the writers.

“I think that people are sometimes afraid or not used to introspection,” he added, “going to that place where you reflect on something that happened in your life.”

By way of example, he points to a woman in one of his classes who initially wanted to write about her experiences growing up in France during World War II.

“She wanted to share the story with her grandchildren because they don’t understand that grandma was in a war,” said Visconti. “By submitting her work, taking classes and talking, now she’s writing about becoming a U.S. citizen — shifting from the French identity to the American identity.”

Coming to understand a long ago event in the context of the arc of one’s life is a big part of successful memoir writing. When asked how and why he made the transition himself from journalist to memoirist, Visconti admits that “It happened by accident.”

“There was a story — an event in my life — and I felt it was important to tell this event, but I didn’t know how to tell the story,” he explained.

At the time, one of the roadblocks for Visconti was the fact that the story he wanted to share involved a young person who played a key role in the events. He puzzled over whether or not he had the right to tell the story which he saw as belonging to another.

“It took me months to see that it was also a story about how our lives came together,” he said. “I have the right to tell my story and that was my discovery of the world of memoir. I took a class and realized the work I had been doing was right on the mark.

The other distinct difference is that in memoir, while the details of any story reflect truth, just as they do in journalism, that truth is distinctly personal and one that resides in the deep recesses of the memory and psyche of the person telling the tale. It’s a story best offered through the perspective that only time, distance and healing can bring.

“You write about the then informed by the now,” Visconti explained. “You reflect on events that happened then, but with the knowledge you have of events and life now.”

It’s a simple and concise explanation of the art of memoir and now that he has worked with several students at the library, Visconti has come to understand a great deal more about memoir — not only in terms of writing it himself, but in helping others learn how to do the same.

“What I love about teaching is the group dynamic, bringing people together and keeping them interested and engaged. That’s what really ignites me,” he said. “In my opinion, we should always write for ourselves because we feel we have a story to tell and share. Whether that story is worthy of publication should not enter the creative process as part the equation. You write it because you can’t keep it inside.

“I am also very happy I’m part of what libraries mean now,” he continued. “Libraries are becoming more like community centers and memoir writing is one of the many ways to draw people in and create a community … it’s kind of fun for me to be part of something that’s the evolution of an institution.”