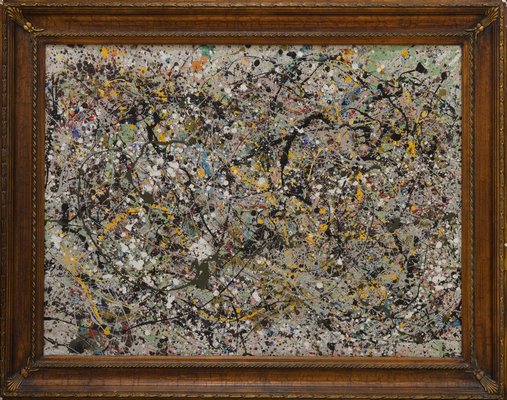 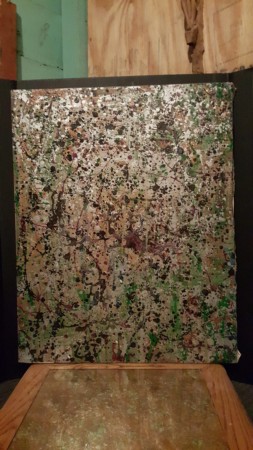 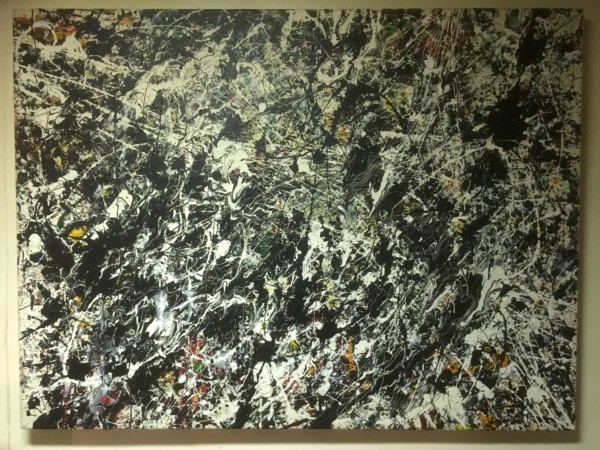 He’s considered by many to have been the leading force behind the abstract expressionist movement in the art world. A longtime Springs resident—in the house that now stands as the Pollock-Krasner House & Study Center—Jackson Pollock is, to aficionados, a national treasure.His life was marked by controversy—and, not surprisingly, drama continues to encircle his art.

The recent discovery of a possible Pollock painting in San Diego has sparked debate, while raising the question of whether a masterpiece can ever be authenticated to the art world’s satisfaction.

Mark Palmer of the John Webber Agency in California said the owners of the painting, who choose to remain anonymous, have conducted an extensive authentication of the painting. But some of those processes have come into question by skeptics who doubt their accuracy.

Then again, to the naked eye, the piece certainly looks like a Pollock. And, if it’s real, it could be one of only a little more than 100 Pollocks in the world—and worth upward of $160 million.

According to Mr. Palmer, the circa-1947, drip art-style, 54-inch-by-36-inch canvas was tested in a number of ways—forensic and otherwise. Part of the process inclu-

While the fingerprint was not tested by fingerprint analysts, and the signature was not examined by handwriting experts, Mr. Palmer claimed he has determined provenance. It was donated to an East Village thrift store, he said, and then passed hands from one collector to another, before his clients scooped it up.

Two art experts, Richard David Moore and Joan E. Kellen, have endorsed the authenticity of the painting after visiting the Pollock-Krasner House and laying the canvas on the floor, comparing the splattered paint and the back of the canvas. According to them, they matched.

Mr. Palmer also cites WNDCHRM technology—proprietary software that is capable of identifying Pollocks. Lior Shamir, the creator of the software, however, has voiced his objections with the way the testing was conducted, as color was not factored in. Fractal analysis, in general, when used to authenticate Pollocks, has been widely debated by both art experts and physicists.

Mr. Moore and Ms. Kellen have said they were paid by the painting’s owners. And though they concluded the painting is, indeed, a Pollock, there are skeptics.

“There are many, many purported Pollocks that are being offered on the market that have no known provenance, no known connection between them and Pollock,” according to Helen Harrison, director of the Pollock-Krasner House & Study Center, though she declined to comment on this specific piece. “People would like to discover a major painting worth millions. As far as I know, none have turned up.”

Over the last decade, there have been other dubious cases.

In 2003, filmmaker Alex Matter—whose parents lived nearby and were friendly with Pollock and his wife, Lee Krasner—found 32 potential Pollocks in a storage locker in Wainscott. Despite the favorable provenance, and extensive testing and corroboration of these paintings, there still remains doubt—due primarily to the fact that the pigments used were not available during Pollock’s lifetime.

In 2007, a documentary called “Who the #$&% Is Jackson Pollock?” profiled Teri Horton, a 73-year-old former long-haul truck driver who bought a purported Pollock at a thrift shop for $5, and spent a decade trying to get it authenticated. While her case hinged on a fingerprint match on the painting and in Pollock’s studio, the jury is still out.

Mr. Palmer said the doubts surrounding the authenticity of this particular painting, and perhaps others, is in the mindset of Pollock collectors. “It’s a very elitist club of very rich people,” he said. “There is tremendous resistance to others joining the club. They don’t want an upstart, or someone with a single Pollock, intruding. There’s probably 100 out there,” he continued. “Some are probably genuine. But it’s a rather exclusive club. People who own Pollocks don’t want other Pollocks appearing.”

Pollock and Krasner, an artist in her own right, lived and worked on the East End from 1945 until his death on August 11, 1956. Krasner was in Paris when Pollock sped around a turn on Springs-Fireplace Road and hit a birch tree, tossing his passengers—his mistress, Ruth Kligman, and her friend Edith Metzger—from the car. Ms. Kligman was the only survivor.

Pollock’s work has only grown in popularity and value. To date, Mr. Palmer said the painting’s owners have received “a couple of offers, and Christie’s is looking at it.”

On Thursday, December 16, at 7 p.m., author Robert Babirad will discuss his latest book, ... by Staff Writer