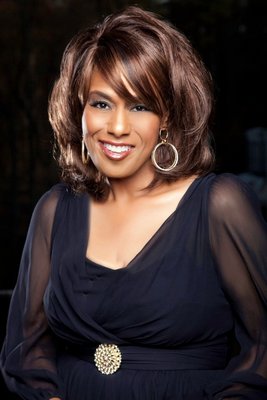 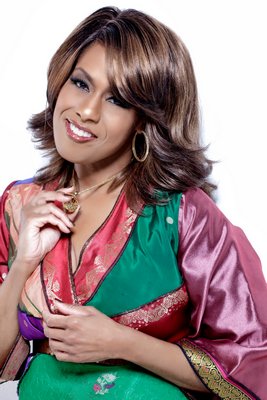 Jennifer Holliday performs at WHBPAC on May 25.

It was a cold winter day in 1981 when the Broadway musical “Dreamgirls” opened at the Shubert Theatre in Boston. A young Jennifer Holliday sat backstage that night, filled with excitement and nerves, not knowing that her performance would propel her into such stardom.

A few hours later, by the end of the first act, she received a standing ovation for her now iconic song, “And I Am Telling You I’m Not Going.” And then, just like that, shows started selling out.

“People kept clapping, they wouldn’t sit down,” Ms. Holliday remembered during a recent interview. “We became the talk of the town. They just loved it so and embraced it so.”

At 20 years old, just a few years after being discovered singing in the choir at Pleasant Grove Baptist Church in Houston, Texas, she made her mark on Broadway and became a singing sensation. The world fell in love with her voice and her role as Effie White in “Dreamgirls.”

Now, she’s coming to make her mark on the East End. Ms. Holliday will take the stage at 8 p.m. on Saturday, May 25, at the Westhampton Beach Performing Arts Center where she’ll sing her famous “Dreamgirls” hit coupled with classic jazz standards, R&B tunes and a collection of her favorite songs from other award-winning artists.

Attendees of the Saturday evening performance should expect the unexpected, said Ms. Holliday, who will be accompanied by a quartet in her Westhampton Beach debut.

“It will be a mix,” she said. “I kind of like to add songs that may have some kind of personal meaning with me, and, sometimes, I like to do it based on what’s going on with me right now and what I’m feeling.”

This performance, along with a slew of other local and international shows, is the next step on Ms. Holliday’s long staircase of success.

Ms. Holliday first found success in her Broadway debut in “Your Arms Too Short to Box with God” when she was only 17 years old. About a year later, she started working on “Dreamgirls”—which, back then, was dubbed “Big Dreams.”

Every day, from 10 a.m. till 6 p.m., she sat around a big table in New York with her director, Michael Bennett, and other cast members. She helped mold Effie’s character into what it is today—a tenacious young girl who struggled with heartbreak on her road back into the spotlight—and, in doing so, she helped shape the entire “Dreamgirls” storyline.

“We were all happy and excited to be a part of creating something and we knew it was good. We knew that we felt good about our performances, and that’s all we could see,” Ms. Holliday said. “I don’t think any of us knew that, almost four decades later, we would have been part of something that would become so iconic and leave such a great mark in Broadway history like this.”

Despite initial mixed reviews and few awards, the production continued to gain popularity and, in 1982, it earned Ms. Holliday both a Tony and Drama Desk award.

That summer, after she and her cast members performed at the Tony Awards, Ms. Holliday became a star.

“That’s when I know that, for sure, I became very, very famous,” she said, remembering all the fans who came to New York to see her perform her famous hit at the Imperial Theatre.

Those performances ultimately led her to release the well-known song from the show as a single. Ms. Holliday’s Broadway hit went on to become a number one R&B hit and a top 40 pop hit. The song was topping charts and blaring out of radios across the country, thanks, in part to New York DJ Frankie Crocker, who religiously played the song every morning on his radio show.

By 1983, Jennifer Holliday was a household name “And I Am Telling You I’m Not Going” was the song everyone was talking about. That year, she won the Grammy Award for Female R&B Vocal Performance, beating her lifelong idol, Aretha Franklin.

“I figured there was no way that I could win,” Ms. Holliday said, laughing softly. “But that’s not what happened. They voted for me, and I was so shocked. I was just overwhelmed and happy, because I really did want to be a recording artist.”

Three years later, that feeling of shock and wonder hit again when she won a second Grammy for Best Inspirational Performance for “Come Sunday,” a Duke Ellington piece from her second solo album that honored Mahalia Jackson, the famous gospel singer. Taking home Grammy number two was just as surreal as the first time around, Ms. Holliday remembered.

“It was one of those beloved songs. I was only thinking about Mahalia Jackson, but it also carried its own story and nostalgia for people,” she said. “So, that meant a lot to me.”

In the years that have passed since her “Dreamgirls” glory days, Ms. Holliday has kept herself busy. She’s performed at the Oscars for Barbra Streisand, released numerous pop, R&B, gospel and jazz hits and made appearances on primetime television shows “Ally McBeal” and “Touched by an Angel.”

Most recently, in 2014, Ms. Holliday released her first solo album in 23 years, “The Song Is You,” a collection of R&B and jazz standards. In 2016, at age 55, she jumped back into Broadway and appeared as Shug Avery, a nightclub singer, in “The Color Purple.” Prior to that, she appeared in “Chicago” in 2001.

Ms. Holliday’s climb into the limelight is, indeed, full of many moments of success and joy, and by no means is it over yet. Today, at the age of 58, she’s looking toward the future.

After being diagnosed with multiple sclerosis several years ago, Ms. Holliday’s career was put on pause, but she’s been in remission for three years and now has big plans. Still left on her list: a holiday album, a role in a Hollywood movie, some appearances on television and a few more international tours.

“I’m hoping, in the new year, to get started again,” she said. “I feel that I have a new lease on life, and I would like to do some more recording.”