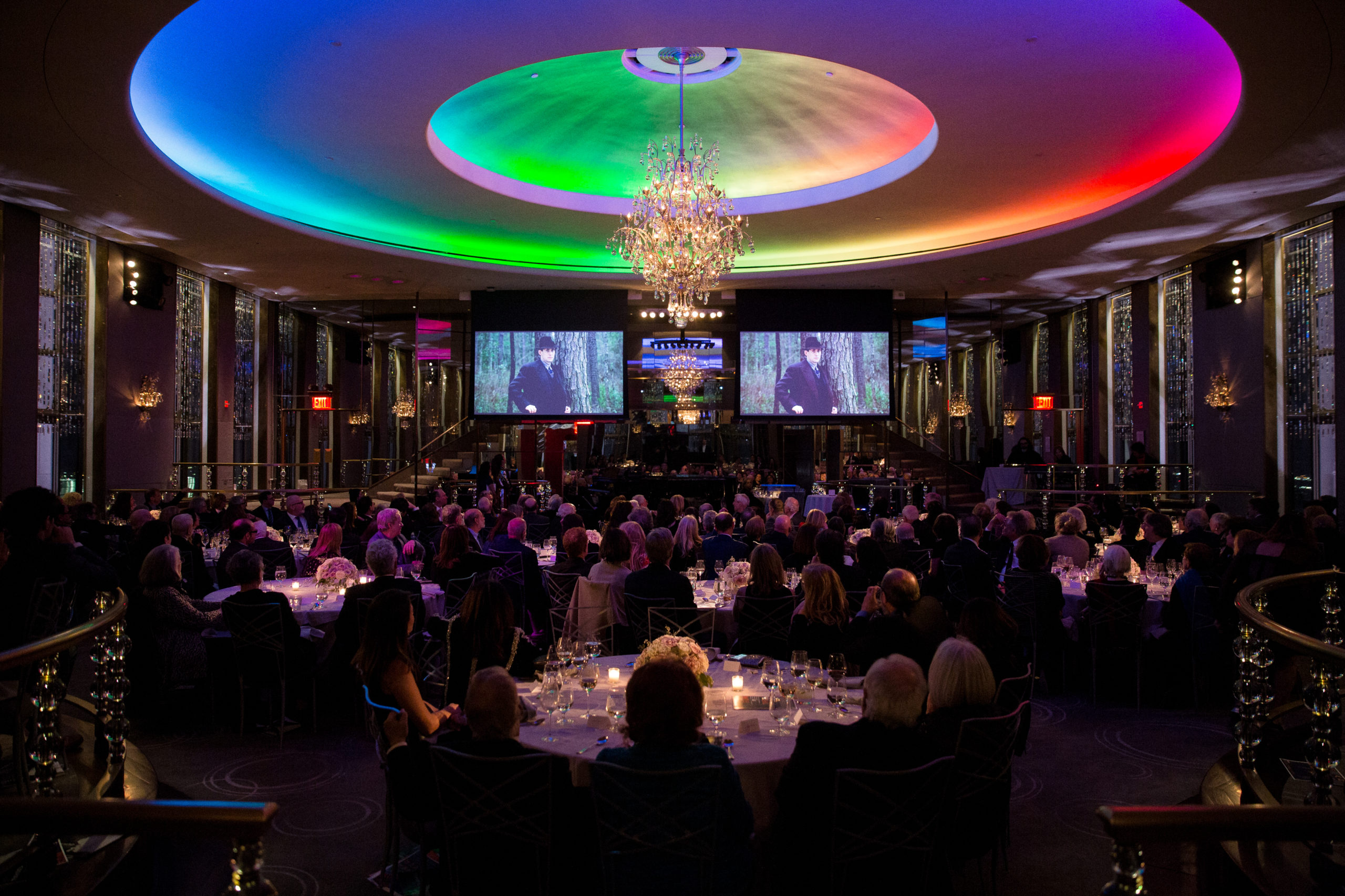 The 2019 Guild Hall Academy of the Arts Achievement Awards Dinner a The Rainbow Room in New York City.

On Tuesday, March 3, from 6 to 10 p.m., Guild Hall will host its 35th Academy of the Arts Achievement Awards Dinner at The Rainbow Room in New York City.

Chosen by their peers for excellence in the literary, visual, and performing arts categories, this year’s winners are Salman Rushdie for Literary Arts, Dorothea Rockburne for Visual Arts, and Barry Sonnenfeld for Performing Arts. A Special Award for Leadership and Philanthropy will be presented to Ted Hartley. The ceremony is hosted by Academy of the Arts President, Guild Hall Trustee, and famed artist Eric Fischl, while writer and Vogue theater critic Adam Green is the evening's emcee. Awards will be presented to the honorees by Richard Armstrong, Alec Baldwin, Kelly Ripa, and Taryn Simon.

The 2020 award winners join an impressive list of past honorees including Laurie Anderson, Alec Baldwin, Blythe Danner, Willem de Kooning, Roy Lichtenstein, Sarah Jessica Parker, Steven Spielberg, and Bruce Weber. The Special Award for Leadership and Philanthropy has previously been awarded to Jo Carole and Ronald Lauder, as well as Peter Jennings, to name a few.

Tickets to the Academy of the Arts Achievement Awards Dinner can be purchased by calling the Special Events Department at 631-324-0806 or visiting guildhall.org.