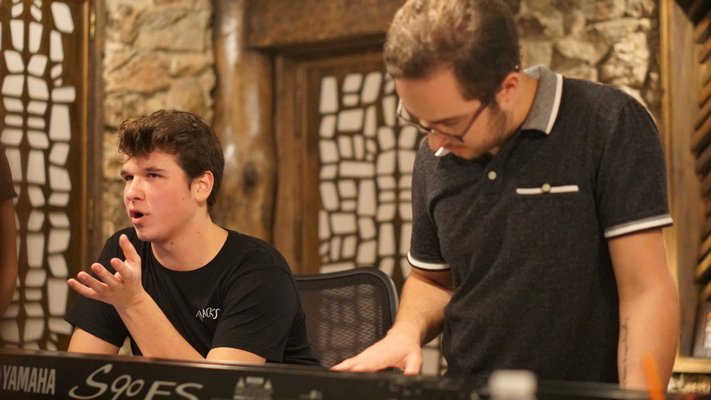 Christiaan Padavan, left, during the recording session for the "Leaving Soon" EP. 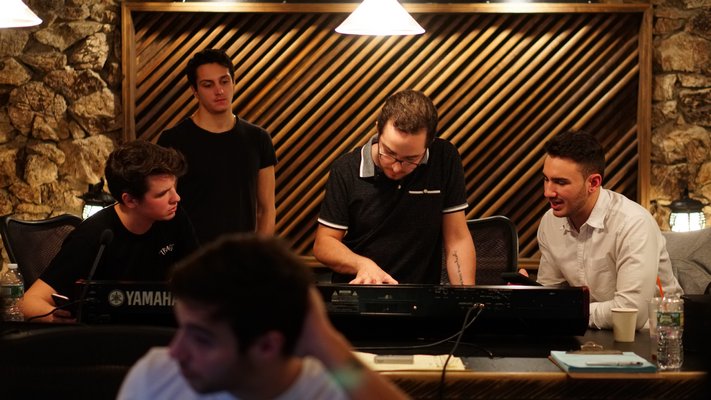 Christiaan Padavan, seated, left, with his band mates and engineers during the recording session for the "Leaving Soon" EP. 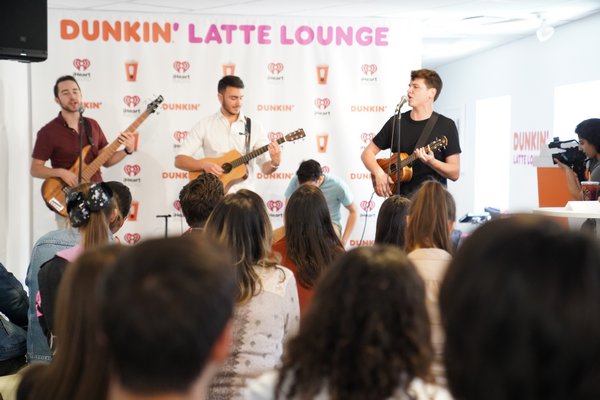 Christian Padavan, right, and bandmates performing at the 2019 "Cold Brew Jams" competition where they were judges. 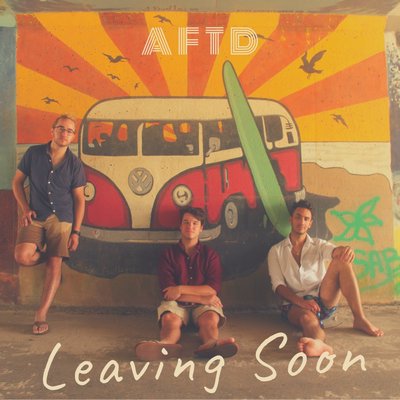 Cover of the EP 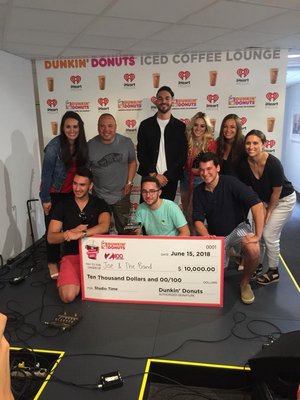 Christian Padavan, lower right, and bandmates when they won the 2018 "Cold Brew Jams" competition in Manhattan.

East End fans of ABC’s “American Idol” may remember Hampton Bays’ Christiaan Padavan from his March 18 appearance on the show when he auditioned for celebrity judges Lionel Richie, Katy Perry and Luke Bryan by singing a portion of Billy Joe’s “Vienna.” The judges rewarded him with a golden ticket — a fast pass to Hollywood and the next round of the show — but alas, Mr. Padavan didn’t progress to the next level.

While he may not have won “American Idol,” Mr. Padavan’s singing career is doing quite well. On July 24, he and some musical friends released “Leaving Soon,” a four song EP that was recorded after the group won studio time at iHeartMedia in Manhattan through Dunkin' and iHeartRadio's "Cold Brew Jams" 2018 Contest.

In addition to Mr. Padavan on lead vocals and baritone ukulele, the group includes Joe Distefano from Massapequa on vocals, bass and piano, Jon Matos of Deer Park on lead guitar, and Miller Place’s Rocco Giordano on drums.

“So, we all met at Five Towns College in Dix Hills and were all friends that used to just hang out and jam together,” said Mr. Padavan explaining how the “Leaving Soon” EP came to be. “This competition by Dunkin' and iHeartRadio called the ‘Cold Brew Jams’ contest came up where they sent out song lyrics promoting their cold brew coffee.

“Everyone who wanted to compete turned these lyrics into their own jingle and sent in a video," he continued. "We decided to do it.”

The band's video made the top 10 list and then the public narrowed the field by voting for the top three.

"We ended up making the top three, got to perform our jingle at the Dunkin' Iced Coffee Lounge, now called the Dunkin' Latte Lounge, and tour iHeartMedia Manhattan," Mr. Padavan continued. "After that, the grand prize of $10,000 in studio time was awarded to us!”

“We got to record our EP at ‘The Cabin’ Studio in the Manhattan Center and finished it up at Cove City Studios in Glen Cove,” he added.

Since their big win, the band has not only recorded their EP, but they have also played several private gigs for Dunkin', including one at The Edison Ballroom in Times Square and another for Saquon Barkley of the New York Giants. Members of the group were recently invited back to judge the 2019 "Cold Brew Jams" competition.

If you’d like to see Mr. Padavan perform locally, head to The Spur East in East Hampton on Saturday, August 24, where, from 7 to 11 p.m., he will offer up a solo performance as one of four musical acts taking part in The Beach Radio's 101.7 Summer Music Party. The other musicians are Amanda Ayala (as seen on “The Voice”), singer/songwriter Soulex and melodic R&B artist Ty James.