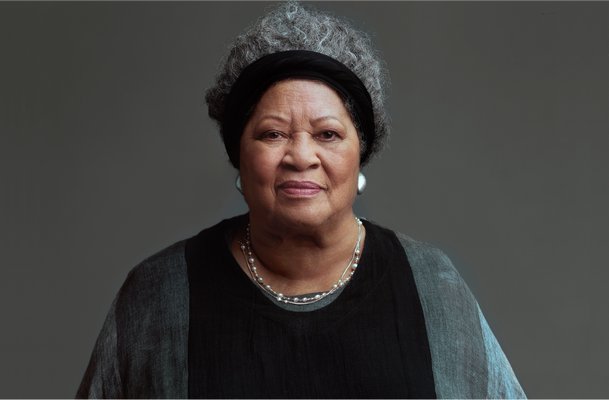 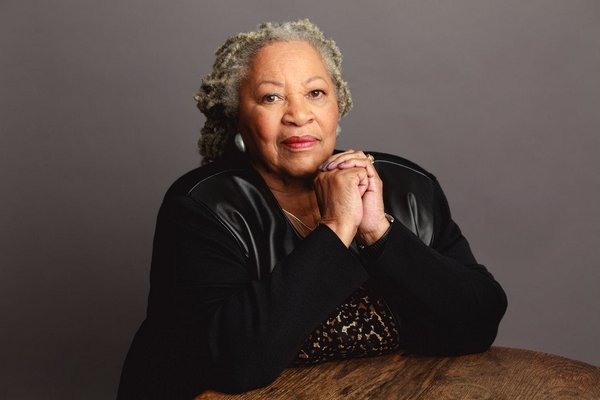 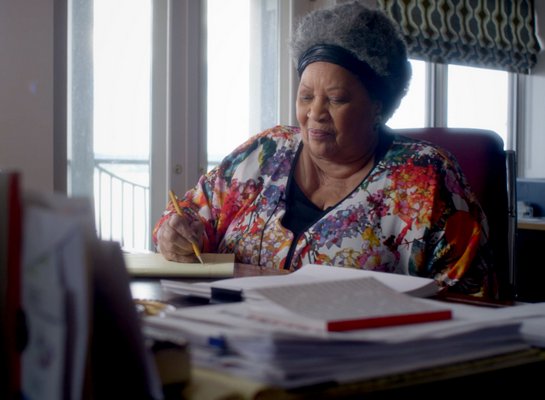 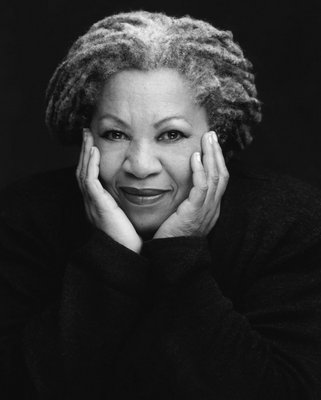 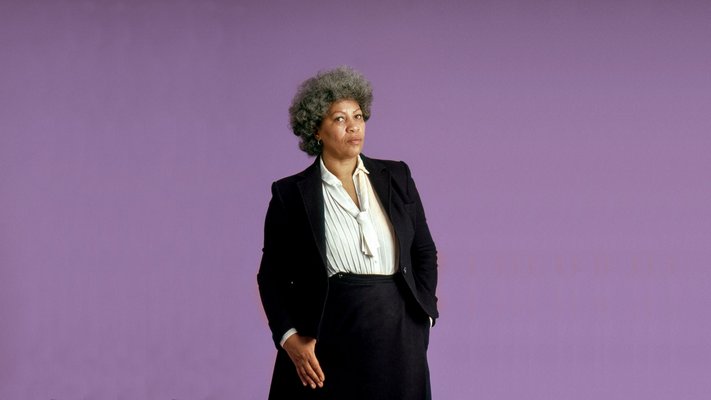 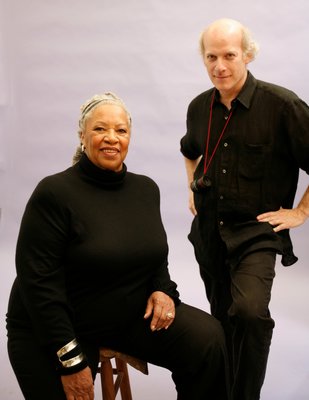 Toni Morrison and Timothy Greenfield-Sanders behind the scenes of "Toni Morrison: The Pieces I Am," a Magnolia Pictures release. © TIMOTHY GREENFIELD-SANDERS/COURTESY MAGNOLIA PICTURES 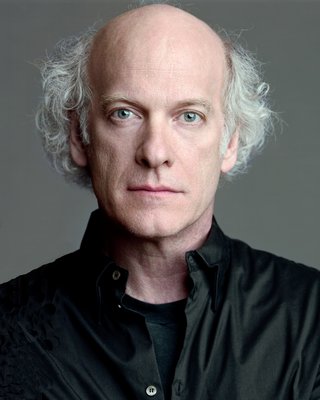 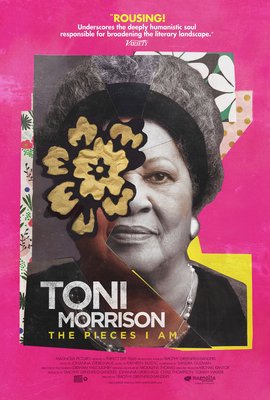 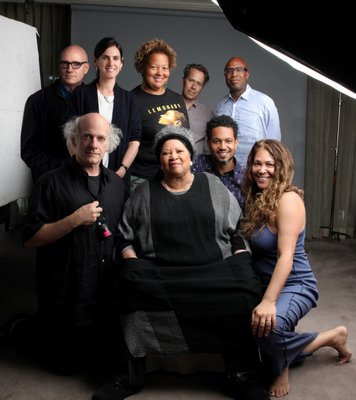 Novelist, essayist, editor and professor Toni Morrison won the Nobel and Pulitzer Prizes, the Presidential Medal of Freedom, and the National Humanities Medal for her impact on the world of literature. She contributed nearly a dozen novels over the course of her lifetime — but never a memoir.

The moment a biographer or documentarian approached her, she immediately — and notoriously — turned them away. Until Timothy Greenfield-Sanders, that is, her longtime photographer and friend of 38 years.

“I think that Toni trusted me, and I think she understood the power of film,” he said. “She understood that drama and film and something like a documentary had a certain impact that other forms don’t.

And we talked about how I would do this and, really, it would be her narrative.”

Filmed in 2016 and 2017, “Toni Morrison: Pieces of Me” — which will screen on Sunday, September 22, at Bay Street Theater in Sag Harbor, on the heels of its wide release earlier this week — follows her life from childhood in the steel town of Lorain, Ohio, through her education at Howard University.

It covers marriage and motherhood, editing life at Random House, the publication of her novels “The Bluest Eye,” “Sula,” “Song of Solomon,” and “Beloved,” teaching at Princeton University, and her writing practice — memories captured at her home in Grand View-on-Hudson on the banks of the Hudson River near Nyack, New York.

“I think the film is very strong and I’m proud of it,” Greenfield-Sanders said. “The film has touched people in a very powerful way, and I’m thrilled it happened.”

On August 5, Morrison died at age 88, and today, Greenfield-Sanders’ film unintentionally lives on as a time capsule. Ahead of the screening, he caught up with The Express News Group to fondly reminisce about the filming process, unpack Morrison’s legacy, and divulge his most treasured memories of his friend.

Q: Tell me about the first time you met Toni. She came to your studio in the winter of 1981?

I was asked to shoot her portrait for the Soho News, which was a hipster weekly, I would call it, back then. I was one of their photographers. I remember very distinctly that she came in smoking a pipe, and was very confident as a subject. I was a young photographer, but I could already tell.

Q: Were you already a fan of her work at that time?

I wouldn’t say a fan; I had read one book. Certainly, I was excited to meet her.

Q: How did that shoot go?

I think it went well — it was the cover (he laughed).

Q: How about the rapport between the two of you?

Oh well, we became friends from that moment. And that friendship turned into a 38-year friendship. That day became a longtime friendship, which I became her photographer of choice, ultimately, doing book covers and press.

Toni was an inspiration to me, in so many ways. Later on, with the “List” series, we were at my studio having lunch during the shooting of images for “Mark McGarner,” the opera she had written a libretto for. And she said, “I’ve met so many black divas, we should do a book called ‘Black Divas.’” And that idea became “The Black List,” which was my first film on identity, focusing on African Americans. Toni was the first to sit for it and she really inspired it.

Q: How did the idea for this film take form?

By the time “The Black List” came out in 2008 with 23 people in it, you got the sense that every single person in it deserved a documentary. And the first one I would do would be Toni. That was always in the back of my mind. It really wasn’t until she was in her early 80s that I started to think about, “It’s now or never. I need to talk to her about it.”

When I asked her, she didn’t say no to me, which I took as a yes.

Q: Which stories from her life were important for you to tell?

I think we had a number of topics, or pods even, that we played with. Certainly a number of the major titles, her life as an editor, her life as a teacher, a single mother, the Nobel, there were dozens and dozens of these pods. Johanna [Giebelhaus], the editor, worked on these as little pieces, and then it was a matter of stringing them together. We didn’t want it to be linear because Toni’s work is not linear. It moves in time and space, and we wanted to try to capture that feeling, as well.

It also plays with the title, “The Pieces I Am.” In a beautiful way, it’s a metaphor for so much of the way Toni writes and the way we tried to construct the film.

Q: What moments from filming stand out to you?

It was wonderful to sit on her deck, looking out at the Hudson, and have lunch with Toni and those kinds of precious moments that you witness, you live through, but then they’re gone. And will never happen again.

She told a wonderful story once, but we didn’t put it in the film, about how she got the house. She was driving around looking for a house and she saw a sign “For Sale,” and she called and the house was in contract. And she said, “Well, if something happens and anything changes, I will meet your price and I’m ready to buy it.” She said she sat outside in the car and talked to the house, and said, “If you really want me, you’ve got to make this happen.”

Q: And she did! What was it like hearing stories from the luminaries you included in the film about your friend?

These are all major figures. The interviewees in the film — Angela Davis, Sonia Sanchez, Walter Mosley, David Carrasco, Oprah, on and on — they’re all major figures in their own right. They all deserve their own documentaries. These are people who love Toni and understand her work, as well. It was exciting to hear them talk about her.

Q: Was there anything that surprised you to learn about Toni?

I think when you know someone as a friend and it’s a social friendship — and professional, in the sense that I was her photographer for so many years — you know them on a certain level, but you don’t dig into their life. So when you start to make a documentary, you’re researching them. You’re going into deep archives and finding documents. It’s just a whole other world that opens up.

Q: And the true weight of her legacy, I’d imagine.

It’s overwhelming. We originally thought this film would be an hour to an hour and a half, and two hours was the least we could do. She deserves a 10-part miniseries. It’s a very dense film with so much to learn and I think you want to see it a number of times.

Q: Do you have a favorite memory of Toni?

I went up with Tommy Walker, who is a producer with me for so many years, and with Michael Kantor, who is the head of [the PBS series] American Masters. We went up to see Toni to discuss the film and what it would be and to get her approval. After we finished having a little lunch with her, it was about 3 o’clock, she said, “Well, let’s have vodka shots.” So we sat there and had vodka shots with Toni to memorialize the afternoon. It was fabulous.

Q: Did she make you her famous carrot cake along the way?

I have had it. It is the best in the world. I am close to the recipe.

Q: What did Toni think of the film?

She loved the film. When she finished watching it, she turned to me and said, “I like her,” which is beautiful and very Toni, of course.

Q: Why do you think her death had an impact on so many people who never knew her, but read her books?

Certain great works of art move you as a person. Music does it in a certain way for people, and those musicians become part of your life. And I think Toni, as a writer, was able to do that. But I don’t think every writer can do it. Toni’s work was so emotional and so powerful and so meaningful. It’s understandable that her death would mean so much to so many.

Q: What is it like to have this film to look back on?

There are so many articles about Toni that came out after she died, and one of them said the film is now a eulogy to her, which I thought was very beautiful.

Q: Do you find yourself missing her?

Oh of course. It’s a long friendship that’s ended, but I’m very, very happy that the film got made. We’re so lucky it got made. Toni is the Toni Morrison I know in it. You see a very funny and yet brilliant person there who really has so many important things to say and says them. We were able to get that before it was too late.

The 12th annual Hamptons Doc Fest opens its fall season with the acclaimed documentary “Toni Morrison: The Pieces I Am” on Sunday, September 22, at 5 p.m. at Bay Street Theater in Sag Harbor. A Q&A with director and producer Timothy Greenfield-Sanders will follow. Admission is $20. For more information, call 631-237-8055 or visit hamptonsdocfest.com.