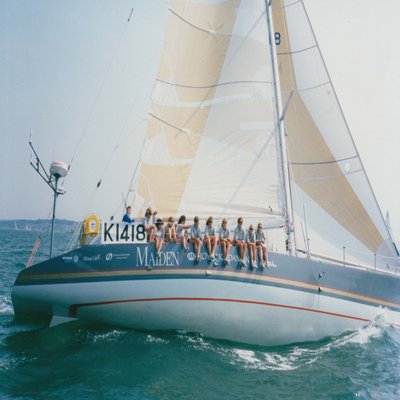 A film still from the documentary film "Maiden" screening as part of SummerDocs.

The series kicks off with a screening of “Maiden,” directed by Alex Holmes, on Saturday, June 29, followed by “Cold Case Hammarskjöld,” directed by Mads Brügger, on Saturday, July 20, and concluding with “Circus of Books,” directed by Rachel Mason, on Saturday, August 24. All screenings will take place at Guild Hall in East Hampton and begin at 7 p.m. Following the screenings, HIFF Co-Chairman Alec Baldwin and HIFF Artistic Director David Nugent will lead conversations with the director of each film along with additional guests to be announced.

Past SummerDocs selections, including “Icarus” (2017), “Twenty Feet From Stardom” (2013), “Last Days of Vietnam” (2014), “The Cove” (2009), “Searching For Sugar Man” (2012) and “How To Survive A Plague” (2012), have gone on to receive Oscar nominations and wins. The series has also featured films from filmmakers including Rory Kennedy, Morgan Neville, Roger Ross Williams, Marina Zenovich, Robert Gordon, Stevan Riley, Louie Psihoyos, and Steven James.

“We are proud of how the SummerDocs series has grown over the last 10 years,” said Mr. Baldwin. “Bringing exciting documentaries, featuring powerful stories, to our festival community is now a significant part of our programming.”

Tickets for the screenings are $25 at hamptonsfilmfest.org, guildhall.org or 631-32-4050. Guild Hall is located at 158 Main Street, East Hampton.