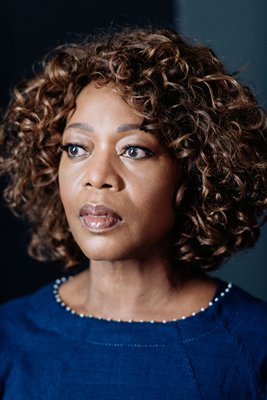 Alfre Woodard will be recognized at the 2019 Hamptons International Film Festival.

Don’t forget! The Hamptons International Film Festival (HIFF) is back, and over Columbus Day weekend (October 10 to 14) will be offering a full slate of movies exploring a range of themes and subjects. Screening venues include theaters in East Hampton, Southampton and Sag Harbor, with categories such as the Spotlight section, World Cinema Narrative and World Cinema Documentary sections, as well as the signature programs including Views From Long Island and other categories that encompass the environment, compassion and animal rights.

There will be 10 programs of short films at HIFF this year, including Narrative and Documentary Short Film Competitions and a section from New York Women In Film and Television title “Women Calling the Shots.”

It’s not just traditional film either. For a second year, the festival will present a Virtual Reality selection, “To The Moon,” created by Laurie Anderson and Hsin-Chien Huang. Utilizing images and tropes from Greek mythology, the piece takes viewers from Earth to the surface of the Moon, in an experience that has traveled to the Cannes and Venice Film Festivals so far.

Finally, filmmaker Brian De Palma will be recognized with a Lifetime Achievement Award and participate in a “A Conversation With ...” with Festival co-chair Alec Baldwin. HIFF will also present a special screening of his iconic 1981 film, “Blow Out.” Also being honored will be Alfre Woodard, who stars in Chinonye Chukwu‘s much talked about film “Clemency,” and will also take part in a special “A Conversation With …” during the festival.

Tickets for the 27th annual Hamptons International Film Festival are now on sale at hamptonsfilmfest.org.