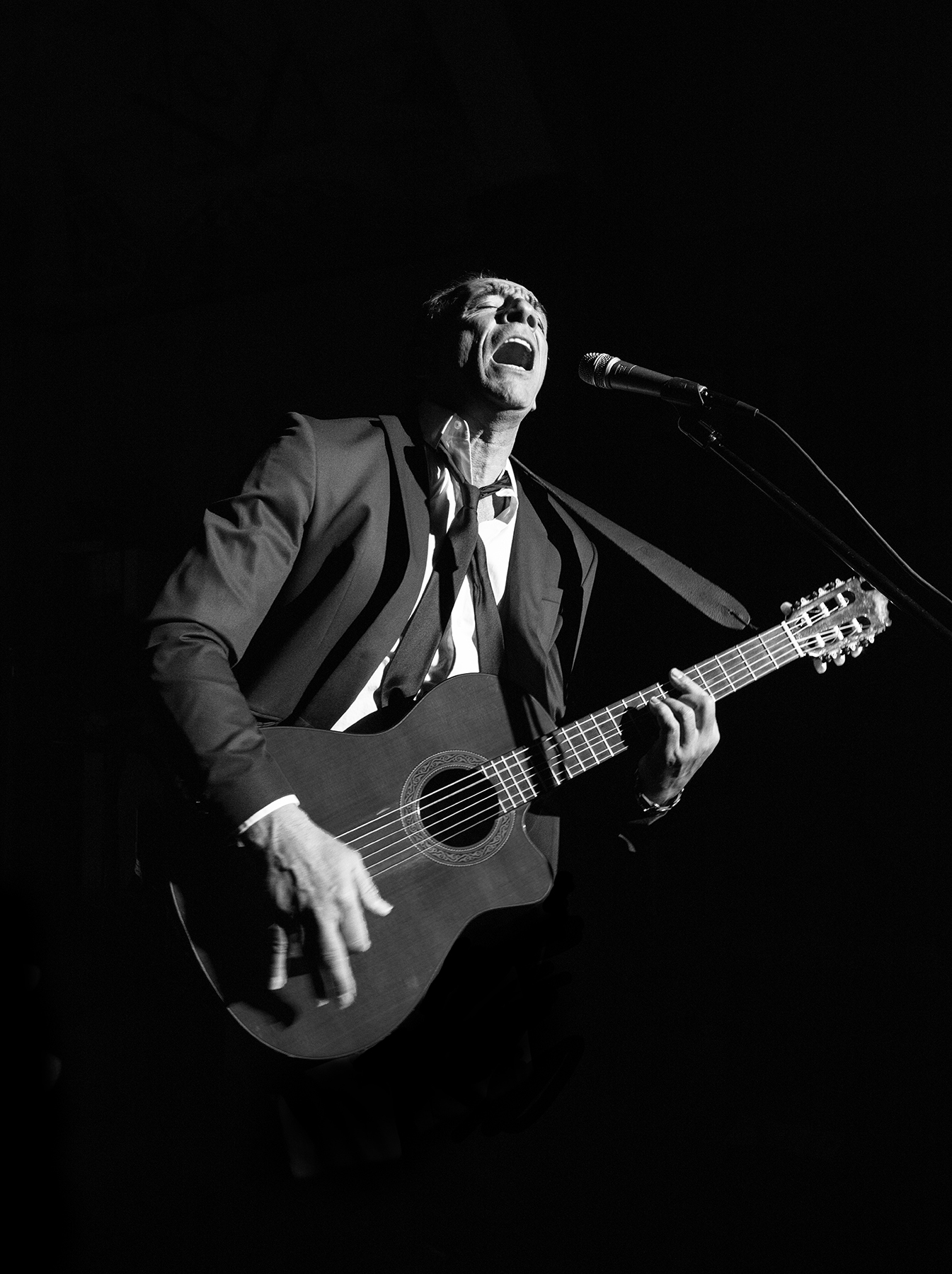 Bay Street Theater is making “Jacques Brel by Alfredo Merat,” a concert performance, available to stream online at baystreet.org on Thursdays at 8 p.m. starting September 24, as part of the theater’s online programming platform Bay Street To-Go. Tickets to watch this recorded concert (performed live at Bay Street Theater in October 2016) are available online at baystreet.org for $20. Ticket purchasers will receive a link to the event, and will receive a reminder email as the air date approaches. Fifty percent of the net proceeds go directly to the artist, as Bay Street continues in its mission to support local artists, even during the pandemic.

Who was Jacques Brel? An iconic Belgian singer, songwriter, and actor who composed and performed literate and theatrical songs making him a mysterious and legendary figure in the 1960s.

The story and music of Brel, a master of la Chanson Francaise and one of the most popular singers of French songs, comes to life with Alfredo Merat’s tribute to this music legend, which marked the 40th anniversary of his death.

“The universe of Brel — his passions, his truth, his ironies, contradictions, his love, his hatred — brings his real life in his songs and story,” says Merat.

For the performance, Merat invited special musical guests to help deliver a unique production. The songs are in French with an English narrative. Songs include “Ne Me Quitte Pas,” “Le Plat Pays,” “Les Bonbons 64 & 67” and more.

Merat is an East Hampton-based singer/songwriter known for his passionate Latin-flavored compositions and guitar style. Born in Madrid, Spain, and raised in Bordeaux, France, he has been channeling the music of Jacques Brel into an intimate live music portrait of the famed Belgian singer.

He began the coffeehouses circuit at age 17 and has toured all over Europe, the Caribbean, and the United States. His influences range from flamenco to jazz, reggae and rock. His band, Europa, and the Europa Jam Sessions, have become staples of the East End music scene.