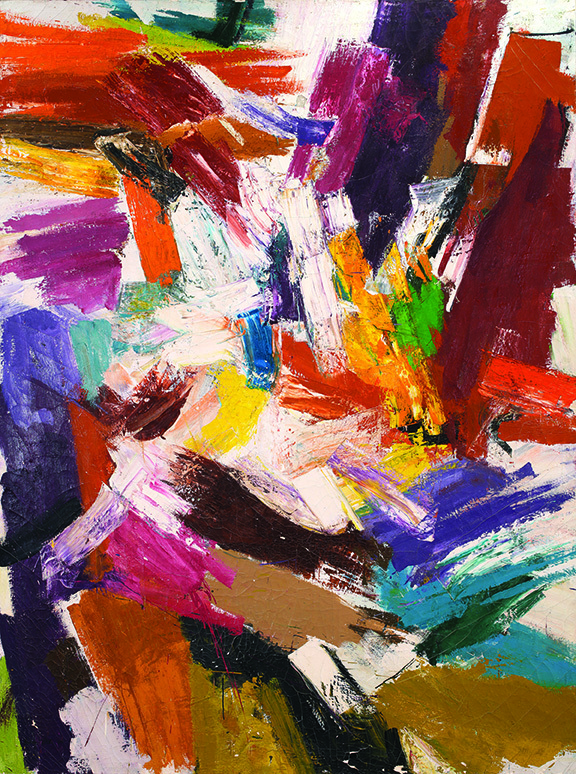 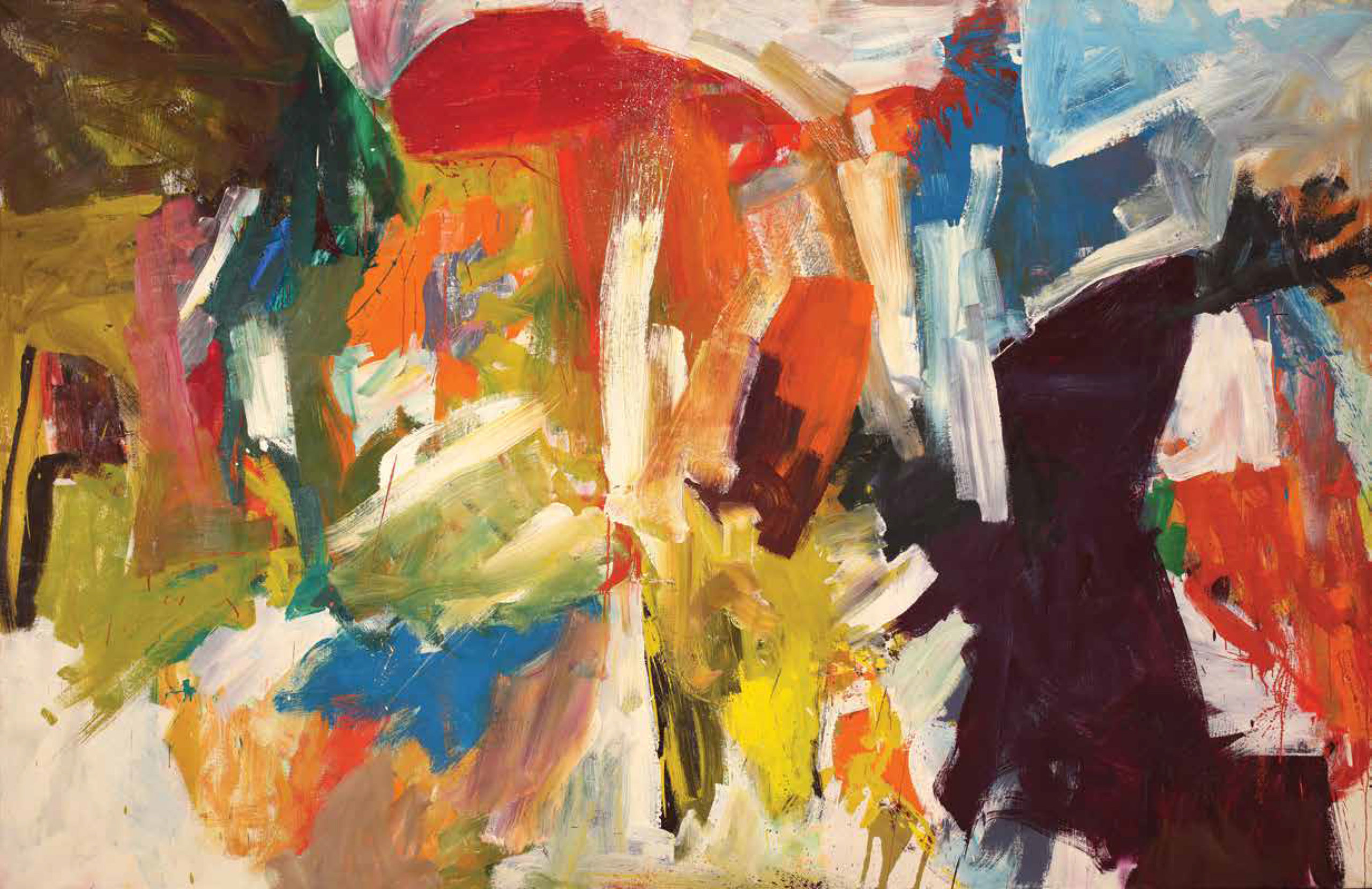 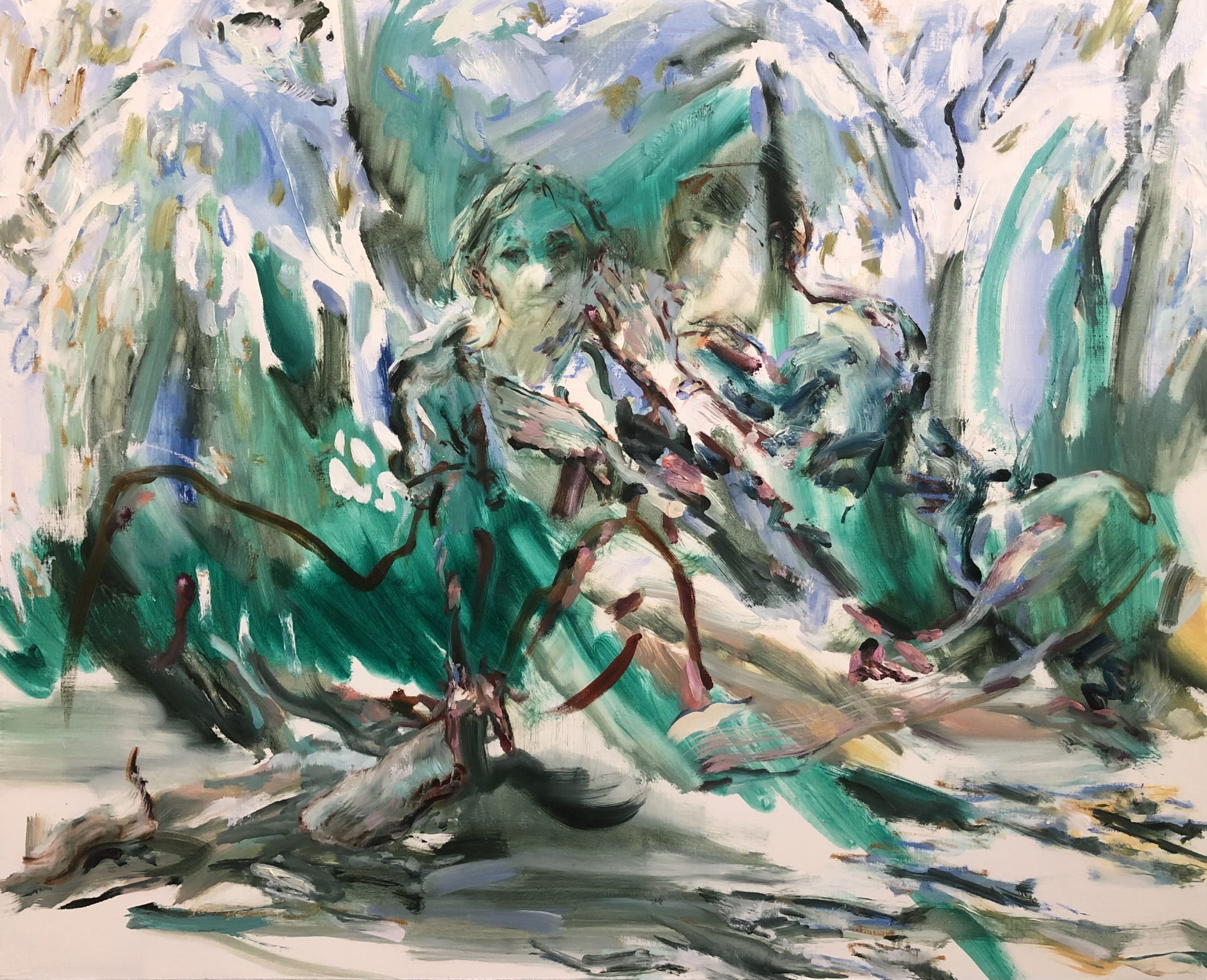 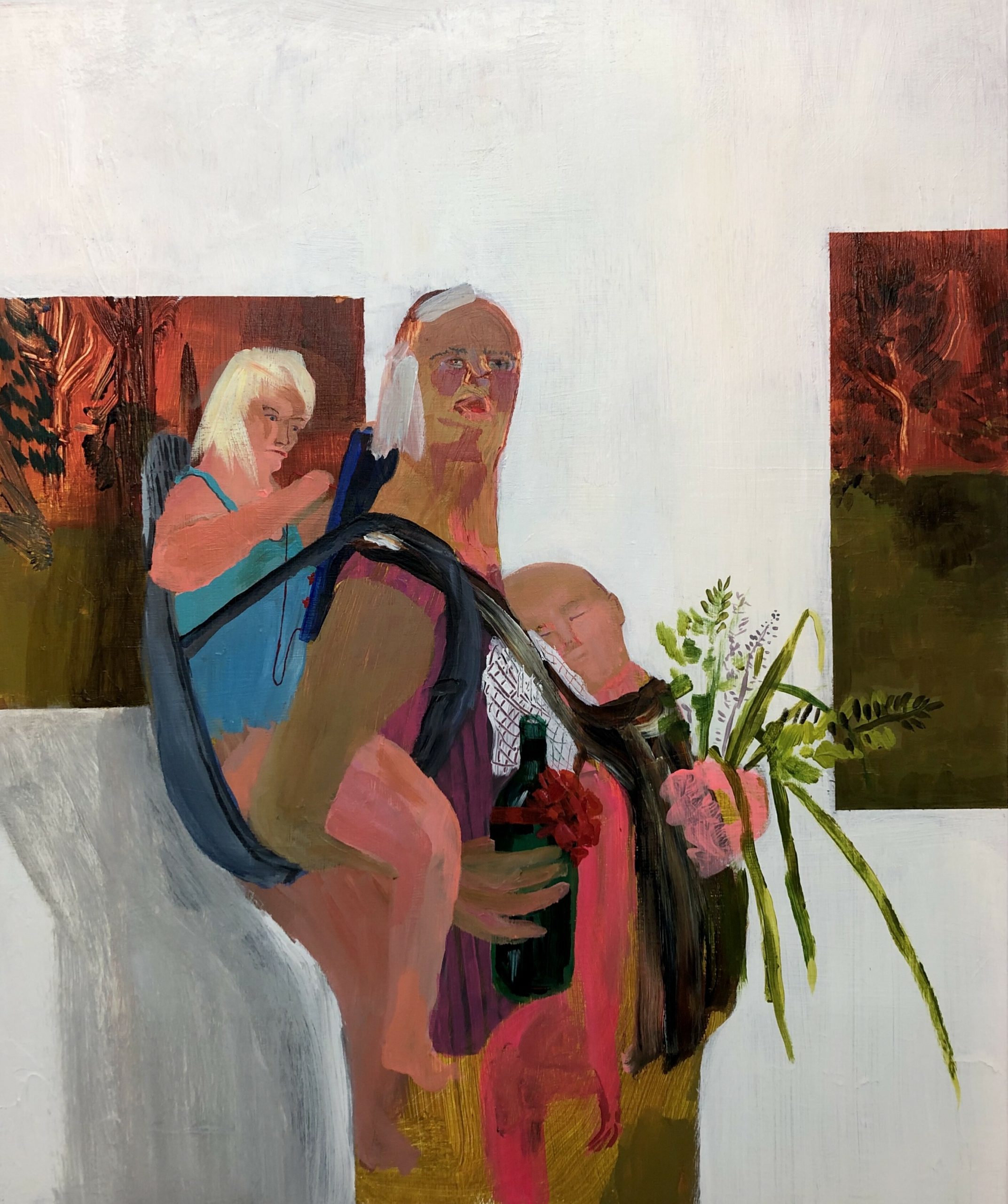 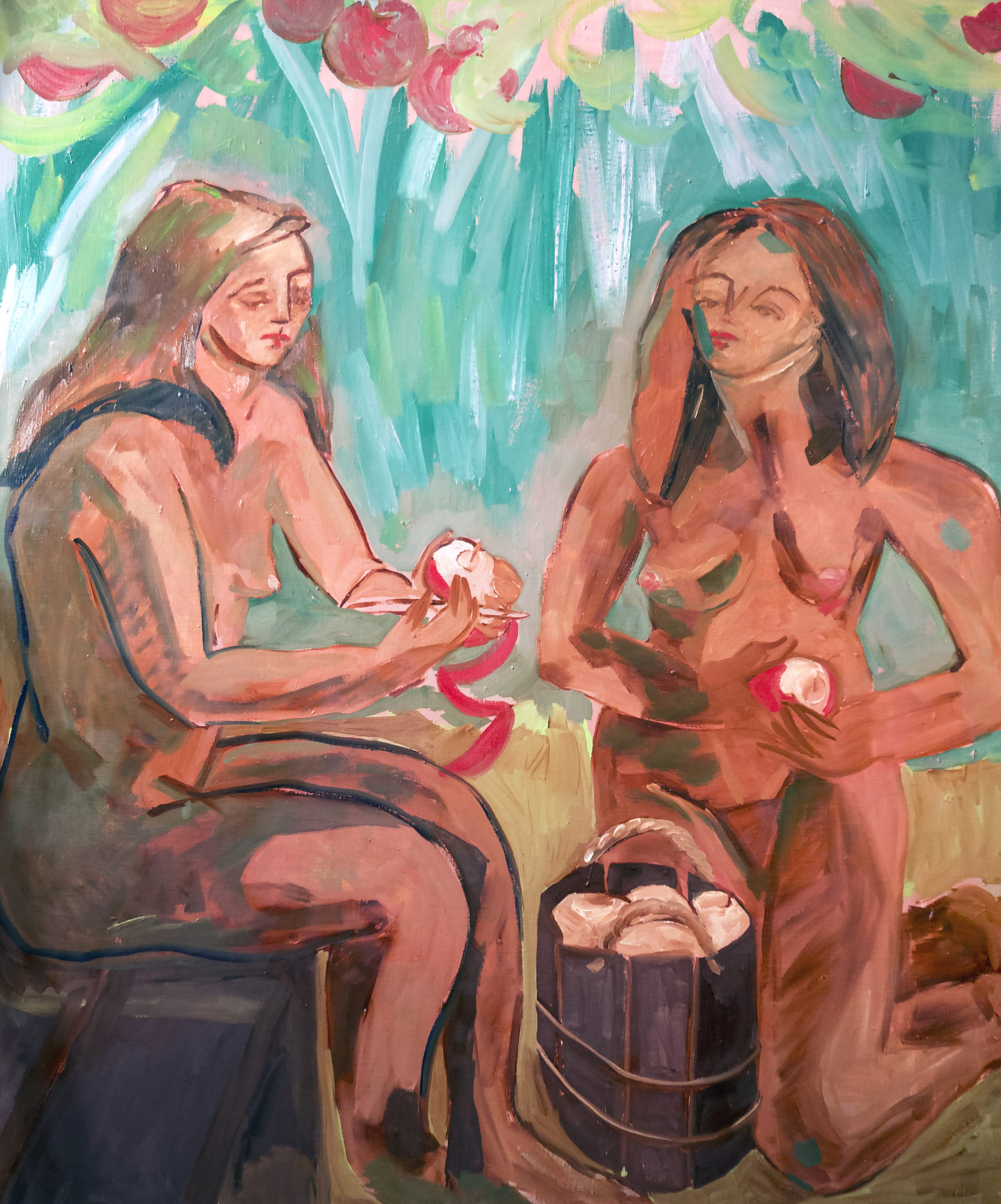 The Arts Center at Duck Creek will present “John Little: Home Again,” an intimate survey of paintings by artist John Little (1907-1984), opening to the public on Saturday, June 12.

This exhibition runs through July 18 and will feature works dating from 1948, the year Little bought Duck Creek Farm. An exhibition catalog prepared by Thomas McCormick describes in detail Little’s reverence for this property and the burgeoning art scene on the East End in the 1950s.

“When John Little first laid eyes on Duck Creek farm it was a far cry from the historic landmark property we see today. In the 1940s, Little, who lived in New York City, began visiting Jackson Pollock and Lee Krasner at their home on Fireplace Road. One day in 1948, hoping their friend might entertain leaving the city, Krasner took Little to look at a rundown old house with about seven acres on Squaw Road,” McCormick wrote. “It must not have been impressive. It was built in either 1795 or 1815 by the Edwards family on a 130 acre tract which the family farmed until 1902. By the time of Krasner and Little’s visit the house was in terrible condition but something must have clicked because Little bought it and immediately set to restoring it. He also bought an old barn from the David Johnson Gardiner farm on James Lane in East Hampton for use as a studio. Black and white photos taken by Jackson Pollock in 1948 record the barn raising for what is today the exhibition and performance space for the Arts Center at Duck Creek.”

“I see him standing before a canvas supported on his big paint-spattered easel in the big barn studio lit by the immense north window. Standing, left arm bent across his chest, left hand clutching his right arm, dangling paintbrush held in his right hand,” wrote Abigail (Little) Tooker. “Standing and absorbing and studying the canvas before him for what seemed hours, then step forward... a brush stroke applied to the canvas... step back, and more contemplation... more study.”

Little was born in 1907 in Alabama and as a teenager attended the Buffalo Fine Arts academy. Soon after he moved to New York and eventually began classes at the Art Students League. In 1937 he started working with Hans Hofmann in both New York and Provincetown, which pushed him toward abstraction. In 1946 Little was given his first one-man show at the California Palace of the Legion of Honor in San Francisco with a follow-up solo show at Betty Parsons in 1948. In 1951 he moved to East Hampton, where he maintained a closed friendship with Pollock, and the two had a joint exhibition at Guild Hall in 1955. Little continued to actively exhibit until his death in 1984, including a retrospective at the Guild Hall Museum in 1982, two years before his passing.

Little’s work is part of the permanent collections of The Metropolitan Museum of Art, The Guild Hall Museum, Ball State University Museum of Art and Galerie Beyeler among others. This show was organized by McCormick Gallery, Chicago and Vallarino Fine Arts, New York, who represent the Estate of John Little.

Also on view beginning June 12 will be “Sunsets on Mars are Blue,” a three-person exhibition featuring paintings by Kylie Manning, Jay Miriam and Grace Metzler. The show will be on view in the Little Gallery at Duck Creek through July 18.

The works in this exhibition find their place between figuration and abstraction, and focus on the concert of constructed realities. All three artists create worlds that determine what feels real, rather than what is connected to reality, and whether there is a difference. The works contemplate our relationship towards time and each other, and attempt to evoke a sense of humor within heavy spaces.

In organizing this show, Kylie Manning pays homage to Elaine de Kooning and Lee Krasner, and the history of the East End as a magical outpost for misfits and introverts.”

“Frequently referred to as the End of the World,” Manning says, “it feels like the perfect place where people might intuit the otherworldly quality of our work.”

The Arts Center at Duck Creek is located at 127 Squaw Road, East Hampton and is on the East Hampton Town-owned property known as Historic Duck Creek Farm. Gallery hours are Thursday to Sunday 2 to 6 p.m. and by appointment. For more information, visit duckcreekarts.org.