Journalist Gail Sheehy Teams Up With Peter Yarrow to Create 'Kid Rebels,' A Podcast That Documents A Movement - 27 East

Journalist Gail Sheehy Teams Up With Peter Yarrow to Create ‘Kid Rebels,’ A Podcast That Documents A Movement 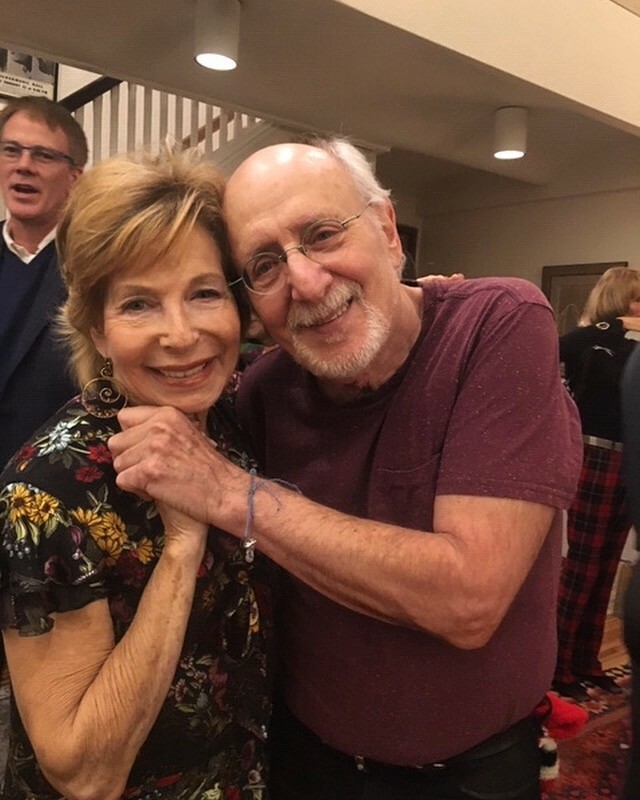 Gail Sheehy and Peter Yarrow in Flordia with the Parkland students. 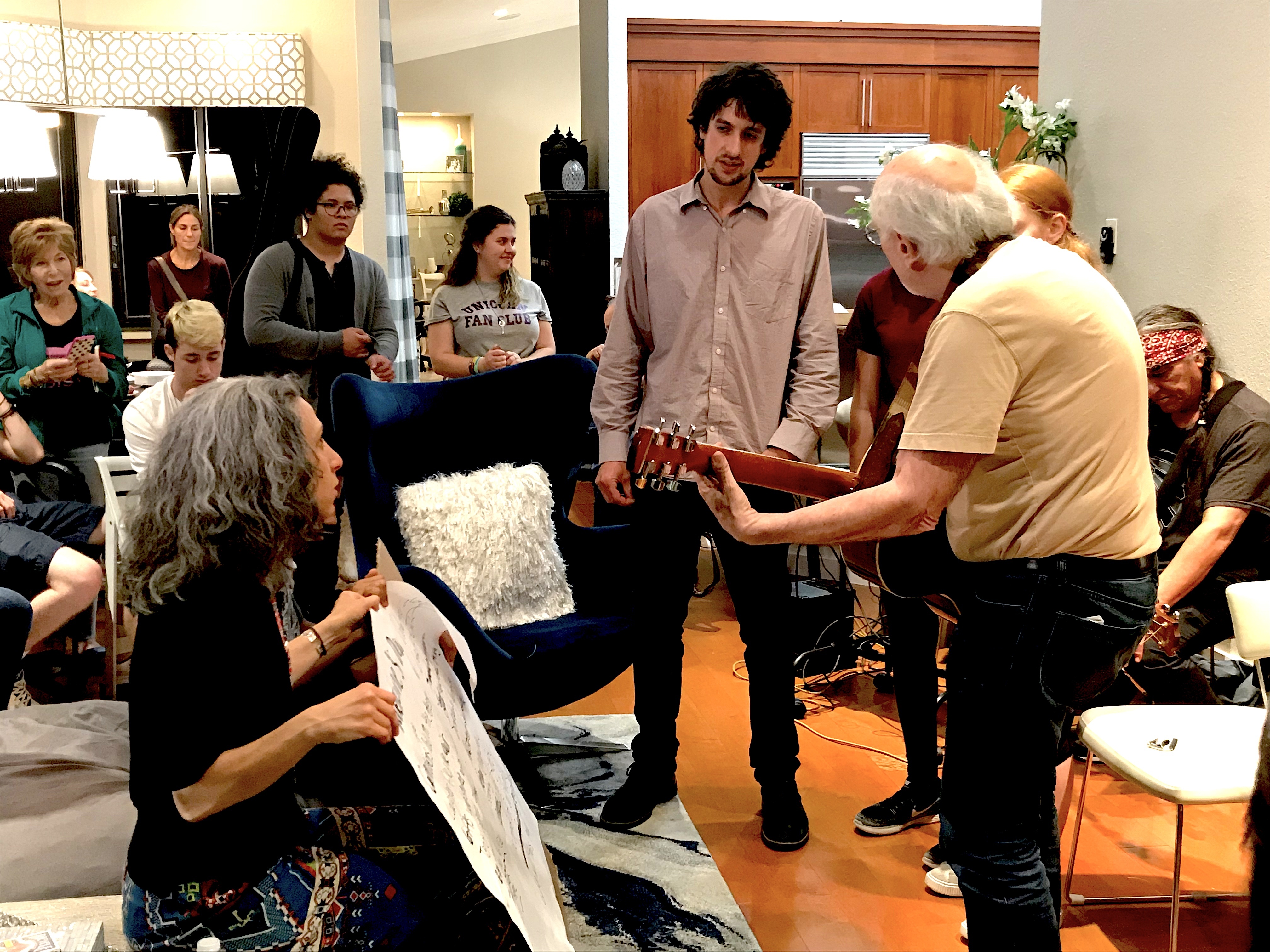 Peter Yarrow during the songwriting workshop with Parkland students. 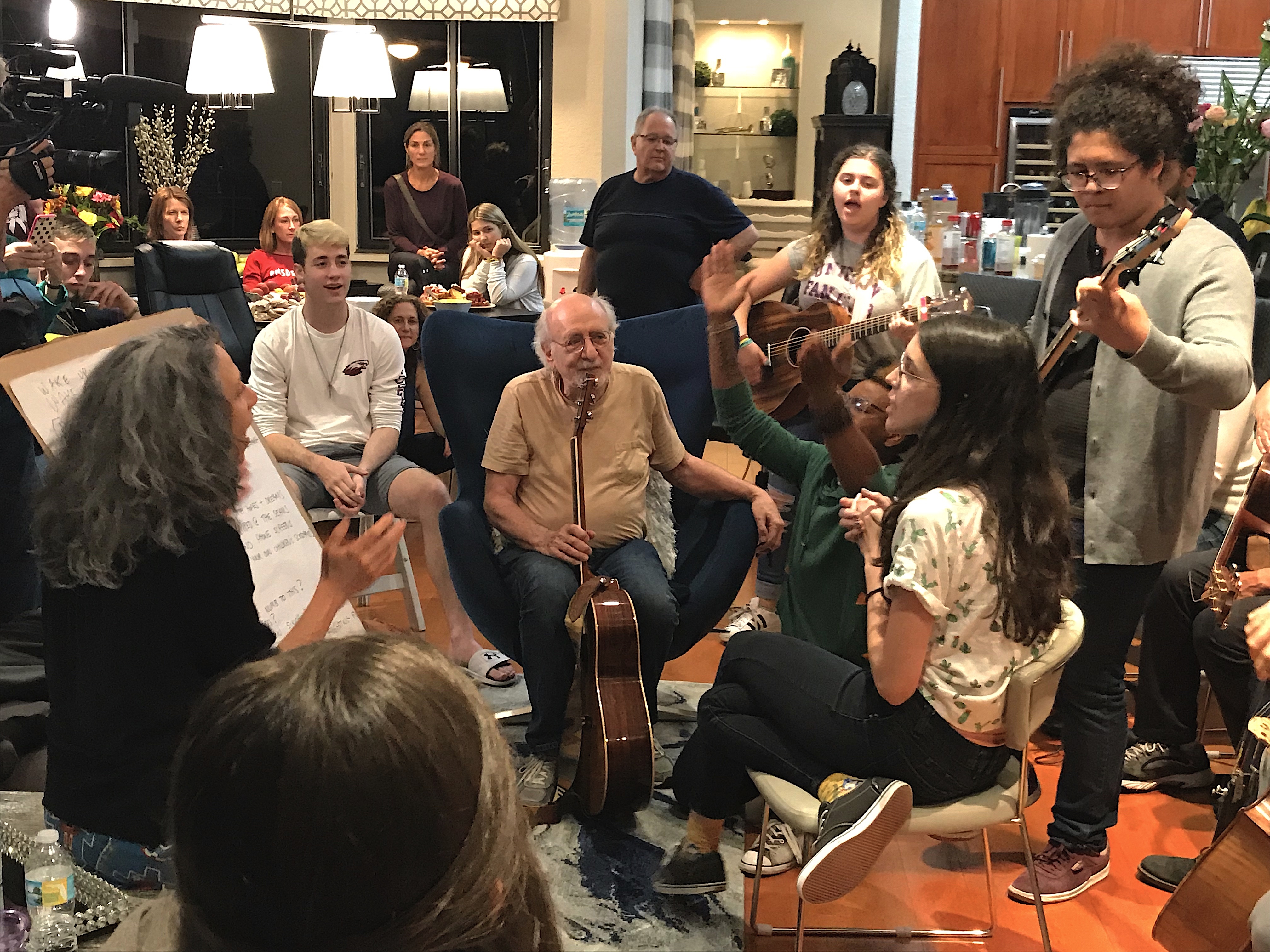 Peter Yarrow in Flordia working with the Parkland students.

It’s long been said that music has the power to heal, and while the pessimists among us may argue that this sentiment is nothing more than wishful thinking, in the spring of 2018, journalist and author Gail Sheehy witnessed firsthand just how effective music can be when it comes to healing society’s deepest wounds.

In fact, she was so moved by what she saw, she made a podcast about it — a four part series titled “Kid Rebels with Gail Sheehy.”

Though she has decades of journalistic experience under her belt, podcasting was an entirely new medium for Sheehy. But she felt it was the best way to share the story of a group of students from Marjorie Stoneman-Douglass High School in Parkland, Florida, who, in the wake of the Valentine’s Day 2018 shooting at their school that took the lives of 14 classmates and three staff members, were able to take the first steps toward healing thanks to a musical workshop led by Sheehy’s old friend, Peter Yarrow.

Yarrow is best known as Peter of Peter, Paul and Mary fame, the folk group whose moving songs and protest anthems spoke to the youth of America in the 1960s, encouraging them to use their collective voices to rise up, right wrongs and speak truth to power. Which is why, after being asked to write an anthem for the Parkland kids for use in their anti-gun rally, Yarrow suggested a different solution.

“Let me go down to Parkland with a dozen of the most gifted activist songwriters I know and not write songs for them, but write songs with them so we help them get their voices out,” Yarrow explained in an episode of “Kid Rebels.”

“Music. It’s music that can move us to action. I experienced that with Paul and Mary in the 1960s when we were part of the Civil Rights movement, in a very profound way,” said Yarrow who firmly believed the same could be done for the students of Parkland.

So in May 2018, Yarrow traveled to Florida with his daughter, Bethany Yarrow, and several legendary activists of the ’60s Civil Rights Movement. There, he led a two-day musical workshop at the home of a Parkland student. He called his initiative The Parkland Project and described it as a creative collaboration of student songwriters, musicians and vocalists who together, created a unifying call for action and change.

“Peter is a fountain of social change ideas and he called and said ‘I’m going down to Parkland, I’m going get a dozen singer/songwriter buddies too and inspire these kids to write their own songs from the trauma and bring music to the anti-gun movement. Would you like to come?’” Sheehy recalled. “I said, ‘Would I?’ I went with my iPhone — I wanted to record this incredible moment — I was the fly who landed on the walls, and went into the rooms where they were working.”

Because school was in session during the workshop, the group could meet only from about 4 to 9 p.m. each evening. Yet even in that brief time, the transformation of those students, Sheehy notes, was profound and it started almost immediately.

“It began to happen within the first few hours,” she said. “It started out with kids on the floor, their arms wrapped around their knees, looking off into outer space, totally in trauma. Then because of Peter’s magic, he was singing for them and reviving the Civil Rights Movement, explaining how it metastasized and changed the country through music. Then he got them singing ‘Blowing in the Wind.’”

“That got them. They literally bloomed like little dead flower blossoms, and were hungry for more,” Sheehy said.

As a group, the students and musicians talked, sang, wrote down their thoughts, shared poetry and soon, turned grief into song. Meanwhile, Sheehy recorded it all, and those recordings became the basis for her four-part podcast.

“I had this incredible catbird seat to watch them come back to life,” she said. “In only 48 hours, Peter was able to bring them to the exciting belief that music could change things. Listening to Bethany Yarrow start a melody and all of a sudden, this young man burst forth with spoken word poetry, everyone was blown away … it was an anthem in action.”

“I was so thrilled to be able to interview the kids,” she added. “We saw that the music of the anti-gun movement could inspire a cultural change, as it did in the Civil Rights Movement.”

After returning from Florida, Sheehy, who lives in New York City and East Hampton, had lots of material recorded on her phone, but wasn’t certain how she might use her journalistic skills to transform the recordings into something that could bring public attention to Yarrow’s project.

But then she found out that Stony Brook University was creating a two-semester Audio Podcast Fellows program, and in fall 2018, Sheehy was one of the students who enrolled in the inaugural class in New York City. This past fall, the program was expanded to include a second group of podcast fellows who meet at the Southampton campus.

While she enjoyed picking up the many new skills that are required in order to tell a story in audio form, Sheehy admits it was quite a learning curve after decades of working as a print journalist.

“It’s so astonishing to find how much longer it takes to create a podcast than write an article — and I had an assistant who came to some of the classes with me to do some of the technical stuff,” said Sheehy. “I still had to hire a woman to get the minutia of right amount of space to place between bits.”

By that, Sheehy means the breaths, pauses and silent bits of a podcast that make speech sound natural, even if it is heavily edited. But ultimately, she said, all the work was worth it, as the whole point of “Kid Rebels with Gail Sheehy” was to get people excited about Yarrow’s CD “Wake Up, America,” which grew from The Parkland Project and was just released on November 8.

In the course of producing her podcast, Sheehy learned some startling statistics about school violence — including the fact that since the Columbine High School massacre in 1999, an estimated quarter million students have experienced gun violence. Sheehy notes that many survivors of school shootings struggle with PTSD and they often do so in isolation.

That’s why she finds Yarrow’s musical project so important as well as moving. Sheehy recalled that at one point during the Florida workshop, an adult songwriter in the room asked the students to come up with a title for a song. One young boy spoke up immediately and suggested “Song for the Silenced.”

“They immediately came up with lyrics and in no time had a song,” Sheehy recalled. “It was clearly like a hypodermic needle filled with music juice and they responded. Everything out of their mouths came straight from their hearts — out of fear, or sadness, or anger … or love for one another.”

In the end, Sheehy says she is hopeful about the new generation of activists she met in Florida — students who are willing to call out hypocrisy where they see it, rally their peers to call for action and eventually, vote for change.

“Two-hundred-and-twenty-five thousand students have been exposed to school violence, watching children murdered in front of their eyes,” said Sheehy. They’re so aware and not ready to listen to condolences.

“There is hope — the fact that Gen Z — these young post-millennials — are able to shame adults and are not afraid to … that’s completely new.”

“Kid Rebels with Gail Sheehy” can be found on Apple Podcasts or at gailsheehy.com.

The CD “Wake Up, America” was written and composed by the students of Parkland, Florida, with guidance of Peter Yarrow and songwriters and music producers affiliated with Operation Respect. Its title track is followed by compositions “Song for the Silenced,” “Transparent,” “Valentine’s Day,” “Change the Ref,” “We Got the Power,” “Armor Off,” “Watering Can Full of Tears,” “The Children Will Lead the Way” and “We Need.” The songs are available on all streaming and digital platforms, including Spotify, SoundCloud and Apple.