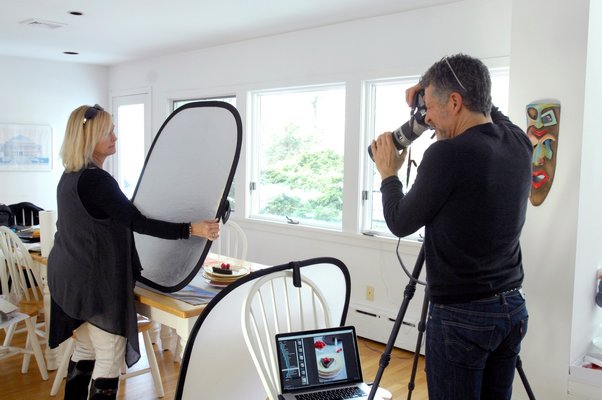 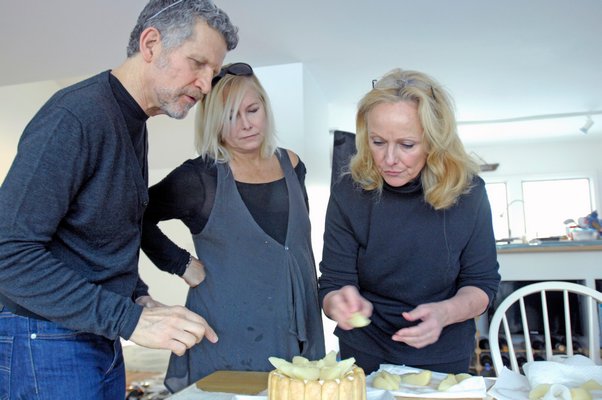 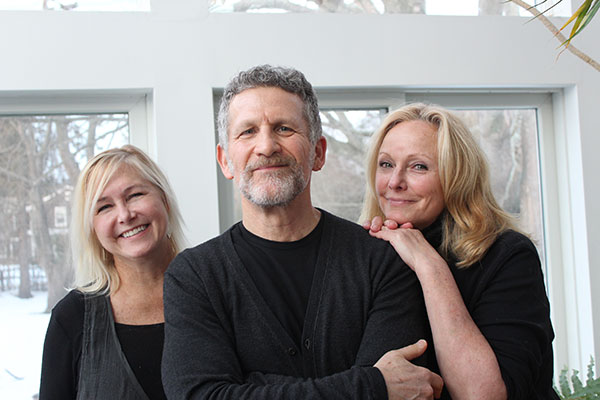 On a recent Tuesday, in the light-filled dining room of a home in Bridgehampton, photographer Steven Rothfeld looked through the viewfinder of his camera and suggested an adjustment to the subject in front of him.“I think we could use a few raspberries on top,” he said.

“That might be nice,” responded cookbook author Hillary Davis as she headed to the kitchen to retrieve the berries, while her friend, fellow writer and producer Barbara Barrielle, studied Rothfeld’s most recent shot on a computer screen.

The subject in question, a delectable-looking French chocolate tart, is one of 80 recipes to be included in Ms. Davis’s new cookbook, “Les Desserts,” which will be published by Gibbs Smith this August.

Hillary Davis is a frequent visitor to the East End, and she, along with Mr. Rothfeld and Ms. Barrielle—both of whom are based on the West Coast—recently spent eight days here creating and photographing 40 of the desserts to be included in her book. The house on Bridge Lane where the three stayed and worked is owned by Ms. Davis’s boyfriend, architect James Barclay, and she notes it was ideal in terms of its natural light and cooking amenities, both of which are important when it comes to shooting a cookbook.

“We have the communal area and a good kitchen with every instrument you need to cook,” Ms. Davis explained. “That makes it easy for us to come in and work and not suffer.”

Comfort is important given that Ms. Davis, Mr. Rothfeld and Ms. Barrielle set a frenzied pace while they were here, photographing an average of six desserts each day—which explains why, once the chocolate tart was deemed picture perfect, it didn’t linger. Instead, it was whisked away to make room for the next set-up: the pear charlotte, a French classic made from ladyfingers, gelatin, heavy cream and star anise.

The pace may be grueling, but this cookbook, Ms. Davis’s fourth, is a labor of love. An unabashed Francophile, Ms. Davis spent years traveling throughout France learning about the country’s regional cuisine and the cooks who make it. Her previous cookbooks, all of which were shot by Mr. Rothfeld, include “Cuisine Nicoise,” focusing on unique regional dishes found near Nice; “Le French Oven,” which features casserole recipes made in the cocotte, or French version of the Dutch oven; and “French Comfort Food,” a cookbook chock full of recipes from friends and acquaintances Ms. Davis met over 15 years of living in France.

Though the focus of each of Ms. Davis’s books may be different, they all are based on a similar theme: French food created not by high-end chefs at Michelin-starred restaurants, but by home cooks.

“It’s so much about stews and soups and big old homey desserts and salads,” she said. “The French love their garden—anything that comes from the garden is simple. If they want something really fancy, they go out to eat.”

“I get tired of people saying that French food is fancy and precious,” she added. “I don’t want to do that. For me it’s about comfort food of the highest degree and these cooks raise the bar with dishes like boeuf bourguignon, coq au vin, or hachis Parmentier, which is French shepherd’s pie and was invented because they needed to boost the potato crop.”

Sharing the stories behind the recipes is a priority for Ms. Davis, and in describing the inspiration behind “Les Desserts,” she points out that although virtually every village in France has at least one patisserie filled with beautiful and precious pastries, those tend to be primarily treats for special occasions. For everyday home cooks, the focus tends to be on much simpler desserts: loaf cakes, layer cakes with berries, cookies, ice cream and sorbets.

Ms. Davis strives to highlight very regional and often little known dishes in all her books. For example, one of her favorite recipes in “Les Desserts” is broyé du Poitou, a giant cookie-like cake that is a specialty of the Poitou-Charentes region of western France.

“It’s a communal cookie that’s served at baptisms, marriages and town hall meetings,” she said. “They break a piece off the cookie and share it. ‘Broye’ means crushed. At dinner parties, I serve it so guests can break off a piece to dip into their coffee. It tastes like shortbread.”

Another regional dessert included in Ms. Davis’s new book came with a great story behind it. The niflette, she explained, is a small pastry filled with vanilla pudding that traces its origins to a little village east of Paris. According to the story, there was an orphanage nearby and when the residents of the village heard the orphans crying they decided to get together and create something sweet they could deliver to the children—and the niflette was born.

“A lot of the recipes like that are not found in other cookbooks,” Ms. Davis noted. “I wanted to bring in different stories from around the country.”

She has made many new friends in France simply by expressing an interest in what and how they cook. She finds that a simple question about a local ingredient at a French market can easily morph into a full on cooking session, with Ms. Davis being invited to join neighbors, friends and relatives in their kitchens and at their dining tables.

“They would invite you to their house and everyone cooked together,” she said.“Food breaks down the barriers between people and brings them together, and I think that’s even more so in France.”

“Once you’re sharing food at the table, it’s totally different than meeting people at a party,” she added. “When you start cooking and eating together it’s a ritual they really honor.”

Coming together with friends through a shared passion for food is something Ms. Davis also witnesses regularly on the East End, where fresh, locally sourced ingredients are an important part of everyday life—just like in France.

“Your farmers markets and locavore culture here is very much the French way of living,” Ms. Davis said. “Using the produce, finding the best corn, the best tomato—it’s very much the way they live, and it feels like you’re living in France when you search out local food.”

And, speaking of food, though it may be like asking a parent which child they prefer, when it comes to the desserts in her new book, which does Ms. Davis consider her favorite?

“The pear charlotte—it’s fun and easy but it looks great,” she said. “Also, the breakaway cookie. I can’t stop eating it. It’s literally 10 inches across. It’s huge. There are just four ingredients and it takes two minutes to make.”

“A communal cookie? Sounds good to me,” she grinned.