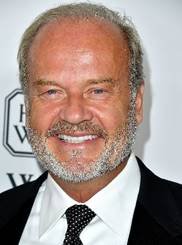 This fall, Kelsey Grammer will receive the Canopy Award at the North Fork TV Festival, honoring a member of the New York television community whose “persistence and integrity, bound by the twin spirits of independence and collaboration, stoke the creative ambitions of diverse people who have important stories to tell,” according to a press release.

“We are truly grateful for Kelsey Grammer’s exceptional contributions to the entertainment community,” said Noah Doyle, who founded the North Fork TV Festival. “We are beyond delighted to honor him and deeply appreciate his enthusiasm for convening our community around the future of independent scripted television.”

Founded in 2015, the North Fork TV Festival celebrates the evolution of television — both mainstream and independent — by bringing together the minds of actors, executives, writers, and directors. The festival, which will be held on October 4 at the Greenport Theatre in Greenport, supports independent program development and embraces exciting, innovative voices from around the world.

Previous Canopy recipient Chris Noth will present the award to Grammer — an Emmy-, Golden Globe- and Tony Award-winner — followed by a conversation between the two actors, as well as a Q&A with the audience.

“Kelsey Grammer exemplifies the best in television,” North Fork TV Festival Co-Chair Haleigh Raff said in a statement. “We are honored to recognize him for his dedication to the arts as well as his iconic performances that have moved us as viewers. We look forward to celebrating his achievements in October.”