Kyla Marshell And Shane McCrae Will Appear At ‘Writers Speak’ 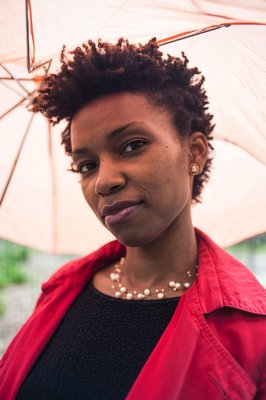 Kyla Marshell and Shane McCrae will be the next guests in the 2019 spring Writers Speak Wednesdays series of author talks and readings at Stony Brook Southampton. They will both read from and talk about their work on Wednesday, April 10, at 7 p.m. in Duke Lecture Hall on the ground floor of Chancellors Hall at the Southampton campus.

Ms. Marshell is currently at work on a memoir about a chance encounter with a distant relative that leads her to seek out other lost and hidden members of her family. Her poems, essays, articles and interviews have appeared in numerous publications. She has earned an Academy of American Poets College Prize, a Jacob K. Javits fellowship, and is a Cave Canem and MacDowell Colony fellow. In 2013, Ebony.com named her one of “7 Young Black Writers You Should Know.”

Mr. McCrae’s newest collection, “The Gilded Auction Block,” was released in February by Farrar, Straus and Giroux. He is the author of five previous books of poetry. He is the recipient of a Whiting Award, an NEA fellowship and a Pushcart Prize. He teaches at Columbia University.

The next Writers Speak program on April 24 will feature poet Sharon Dolin and writer Chloe Caldwell, followed on May 1 by a showcase reading by MFA students.

Writers Speak Wednesdays are free. The evenings begin with a reception at 6:30 p.m. followed by the readings at 7 p.m., a Q&A and book signing. Stony Brook Southampton is at 39 Tuckahoe Road in Southampton. For information, call 631-632-5030 or visit stonybrook.edu/mfa.

For Actors Of Color, Art Reflects Life, For Better And Worse

The systemic racism that’s permeated American industries since the country’s inception makes no exception for ... 3 Jul 2020 by Georgia Warner

They were known as Zwi Migdal. They were a Jewish mafia of sorts, and from ... 2 Jul 2020 by Annette Hinkle

Rice, Beans And Toilet Paper: Nathan Slate Joseph’s Art Is All About The Essentials

Rice and beans … they’re as essential as toilet paper in this era of pandemic. ... 1 Jul 2020 by Annette Hinkle

The Young Artists and Writers Project (YAWP) at the Southampton Campus of Stony Brook University ... 29 Jun 2020 by Marisa Valentino

There may be a lot going wrong in the world these days, but for Roman ... by Annette Hinkle

BookHampton has a whole series of virtual events coming up now that summer is officially ... 28 Jun 2020 by Staff Writer

Summers were once for drive-ins, and this summer, they are back again thanks to Sag ... by Staff Writer

Moore And Baldwin Star In A Virtual Reading Of ‘Same Time, Next Year’ To Benefit Guild Hall

Annual Gazebo Concerts Are Back