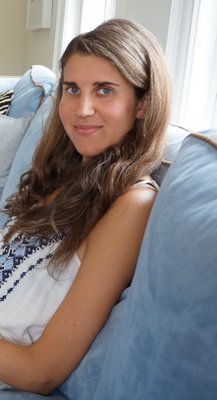 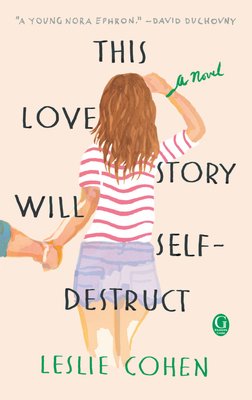 Long Island native Leslie Cohen will read from her debut novel, “This Love Story Will Self-Destruct,” in two upcoming appearances on the South Fork, including one this Saturday, January 27, at East Hampton’s BookHampton.

Ms. Cohen grew up in Great Neck, but her mother owns a home in Water Mill. Ms. Cohen spends most weekends out east. The novel, which traces the college and post-college love life of protagonist Eve Porter, mimics—generally speaking, at least—the arc of Ms. Cohen’s own life. Eve, like Ms. Cohen, spends her collegiate career at New York’s Columbia University, the fabric of which Ms. Cohen richly embroiders. The book’s opening scene, a party at Columbia’s East Campus dormitory, would spark a note of nostalgia in any reader of a certain age (and, particularly, any reader who also spent her upperclassman year at the university living on the 16th floor of the building—but never mind).

Eve Porter, like Leslie Cohen, pursues writing after college, a journey that takes both women to Colorado. Of this period of her real life, Ms. Cohen said, “I was 22 and I got a lot of words to myself. It was a great job for a 22-year-old who wants to be a writer.” Those words (Cohen worked as a music columnist), it turned out, would catapult her career. Upon Ms. Cohen’s inevitable return to New York, she began working at literary agencies, where she simultaneously pursued writing. Surrounded by agents, she found herself supported and bolstered. “I got lucky that it worked out for me,” she said candidly, recognizing the often-unlikely success of writing fiction.

“This Love Story Will Self-Destruct” is filled with New York touchstones: a 9/11 subplot, the grimy underbelly of the mid-2000s still-up-and-coming Lower East Side, a restaurant called Ninja that was once awarded zero stars and a rating of “poor” from then-New York Times food critic Frank Bruni, and late night drinking adventures favored by the young and adventurous. As the title suggests, Ms. Cohen’s novel is a love story—but, in some ways, the book is also a love letter to a city that can really exist only in one’s youth. Comically chameleon New York is, after all, always just a city block away from becoming a distant memory. “It was the power of possibility,” the first chapter begins, “that feeling of boundless potential that occurs late in the afternoon in New York, when the sun goes down and all the windows in all the buildings look asleep; before darkness rolls over the city like one long sheet and the lights come on.”

At its core, the book is imminently readable, the kind of paperback one can secret away on a morning commute, the kind that lingers at dusk, the safe alternative to bad reality television. “I very much wrote the book that I wanted to read,” Ms. Cohen said. “I felt like I was always searching for that elusive love story … I never want to read about anyone in a coma. There’s so much darkness in reality. I’m more looking for lightness and humor in my books.” Ms. Cohen’s characters, while lovable, do possess shades of darkness, though. The introspective Eve Porter is licking the wounds of an absentee father and a dead mother. Other characters battle guilt, drug use, and the perpetual weight carried by the burdened overachievers who graduated from the Ivy League in the Era of Disappearing Jobs.

But her characters are also fun and funny and captivating and one feels, in this frenetic, youthful, nostalgic hop-scotch through their lives, that things will end up okay for them in the end. Indeed, one wants very much to see them turn out just fine. Ms. Cohen envisioned her project as “a piece of candy that people could come home to at the end of the day,” and her debut lives up to that expectation: sweet in all the right places, satisfying, and fulfilling a deep-seated—and sometimes urgent—need.