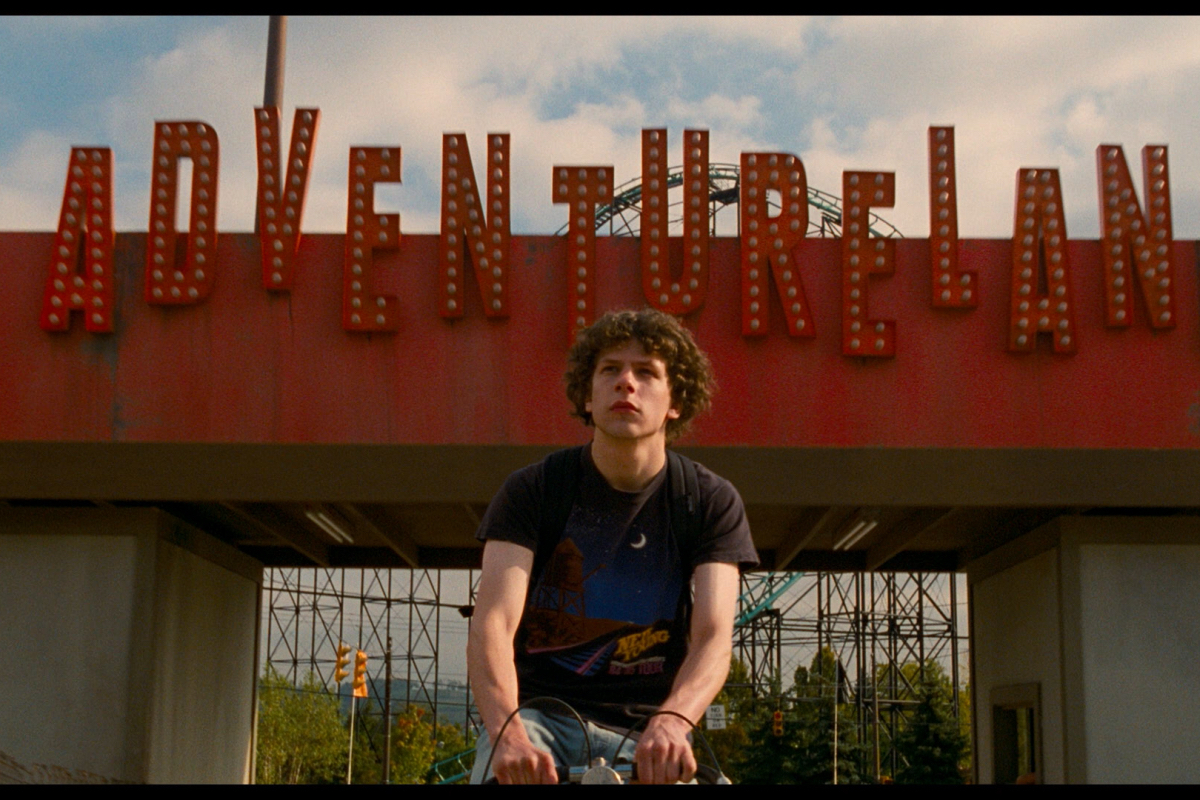 Sag Harbor Cinema’s Drive-in series continues at Havens Beach with films every Sunday night that offer a true salute to the summertime spirit, brought to the comfort of one’s car.

On August 16, head to the summer of 1987 with “Adventureland,” Greg Mottola’s bittersweet comedy that follows recent Oberlin College graduate James (Jesse Eisenberg), whose summer plans to explore Europe before graduate school are thwarted by his parents’ financial problems. James ends up back in his hometown of Pittsburgh and, though he feels overqualified and superior, is forced to take a job at the local amusement park. The characters who work at Adventureland are vibrant: sarcastic misanthrope Joel (Martin Starr), self-proclaimed Casanova-musician Mike (Ryan Reynolds), sexy rides operator Lisa P. (Margarita Levieva), and the dopey but lovable park managers Bobby and Paulette (Bill Hader and Kristen Wiig with undeniable comedic chemistry). But it is fellow games operator, the mysterious Em (Kristen Stewart), who slowly burns through James’s stroppy exterior over the summer.

“The light, the colors, the air, the heat, the smells, the sounds, the water, the adventure, the romance, the daydreams, the late nights, the everlasting memories, even the scorching asphalt … there is nothing like ‘the feeling of summer.’ And cinema has captured it so well in so many different ways,” says Sag Harbor Cinema artistic director Giulia D’Agnolo Vallan. “To celebrate that feeling seemed like a natural subject for this series. Especially this particular year, and through a program of outdoor screenings.”

Here’s the rest of the line-up:

August 23 — Ridley Scott's thrilling and unforgettable road movie about two best friends (Geena Davis and Susan Sarandon) on the run from their lives and the police in “Thelma & Louise.”

August 30 — Rob Reiner’s timeless coming-of-age film “Stand by Me,” originally a novel by Stephen King, follows four teenage boys (River Phoenix, Corey Feldman, Wil Wheaton, and Jerry O’Connell) who set off on an adventure through rural Oregon to find the body of a missing boy.

Drive-in tickets are $40 per vehicle and available online only at sagharborcinema.org. Screenings start approximately at 9 p.m. and the park opens at 8:30 p.m. Havens Beach is located just off Bay Street in Sag Harbor.