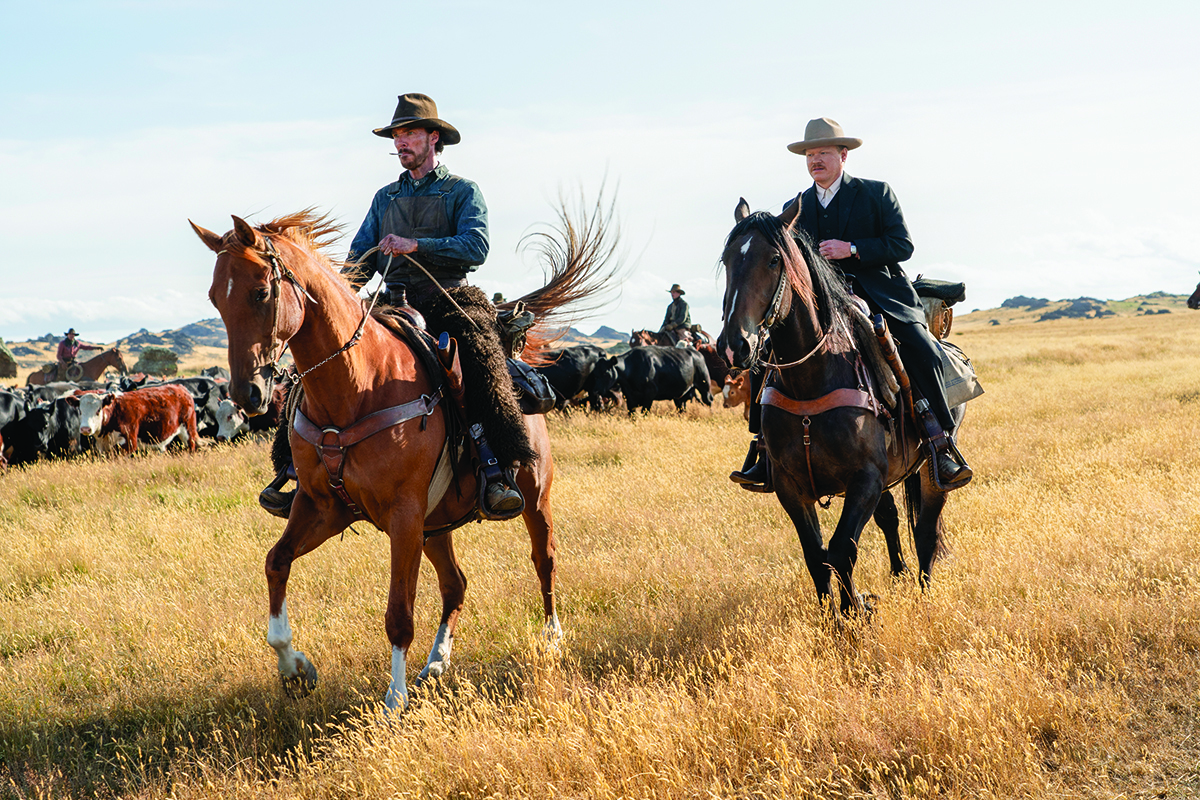 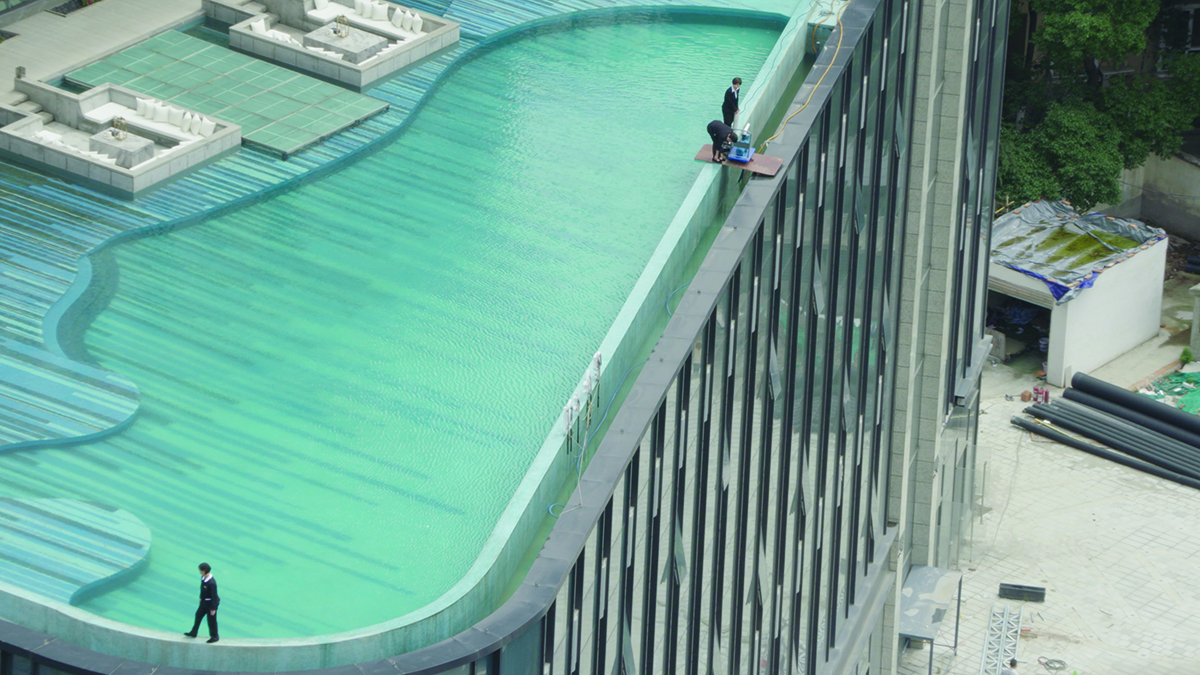 A still from "Ascension," a film by Jessica Kingdon in this year's Documentary Competition. 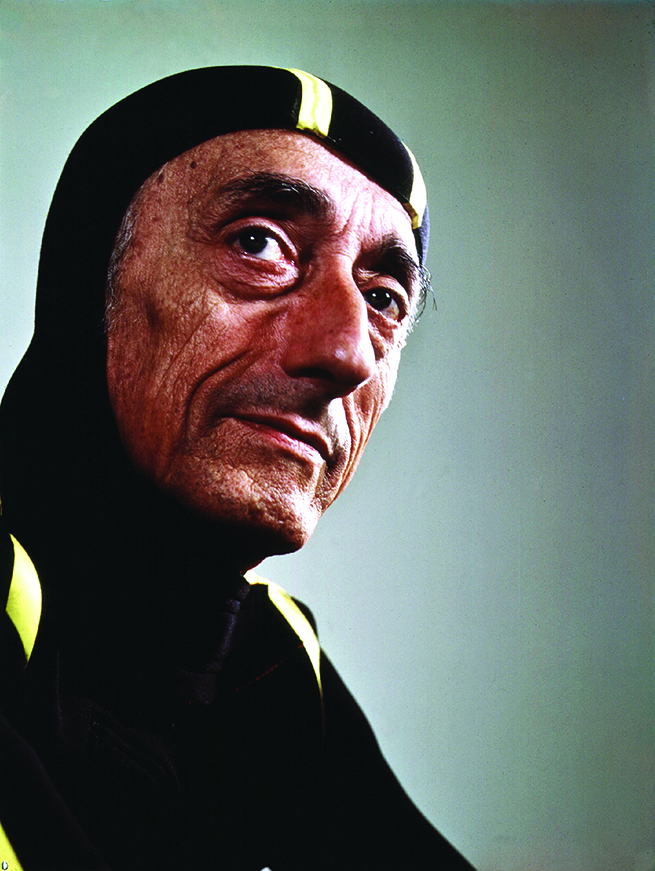 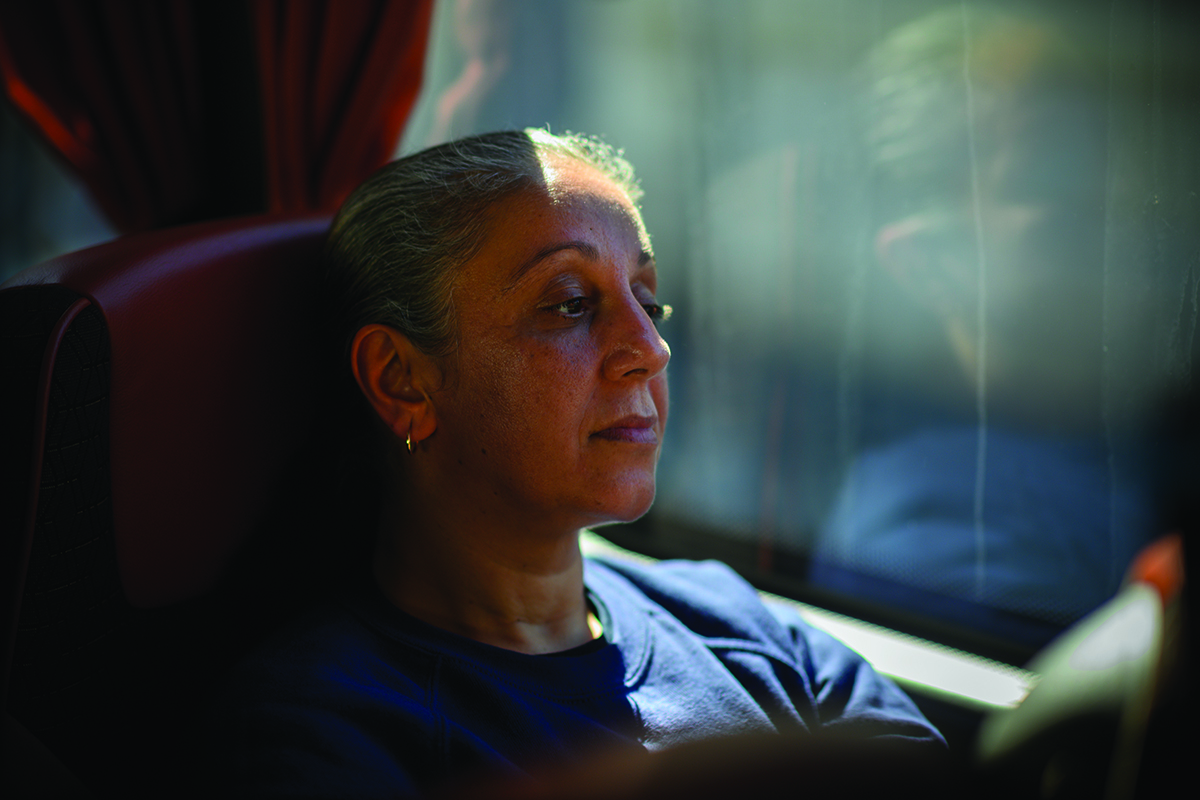 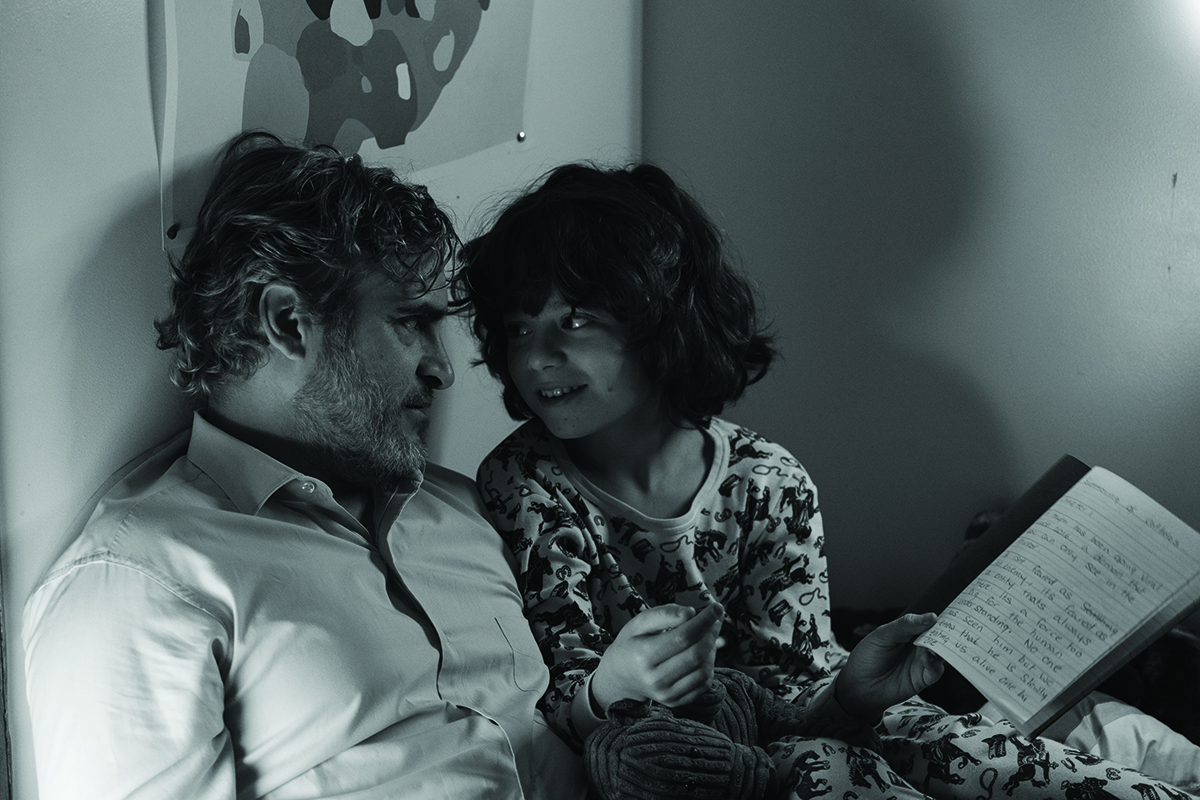 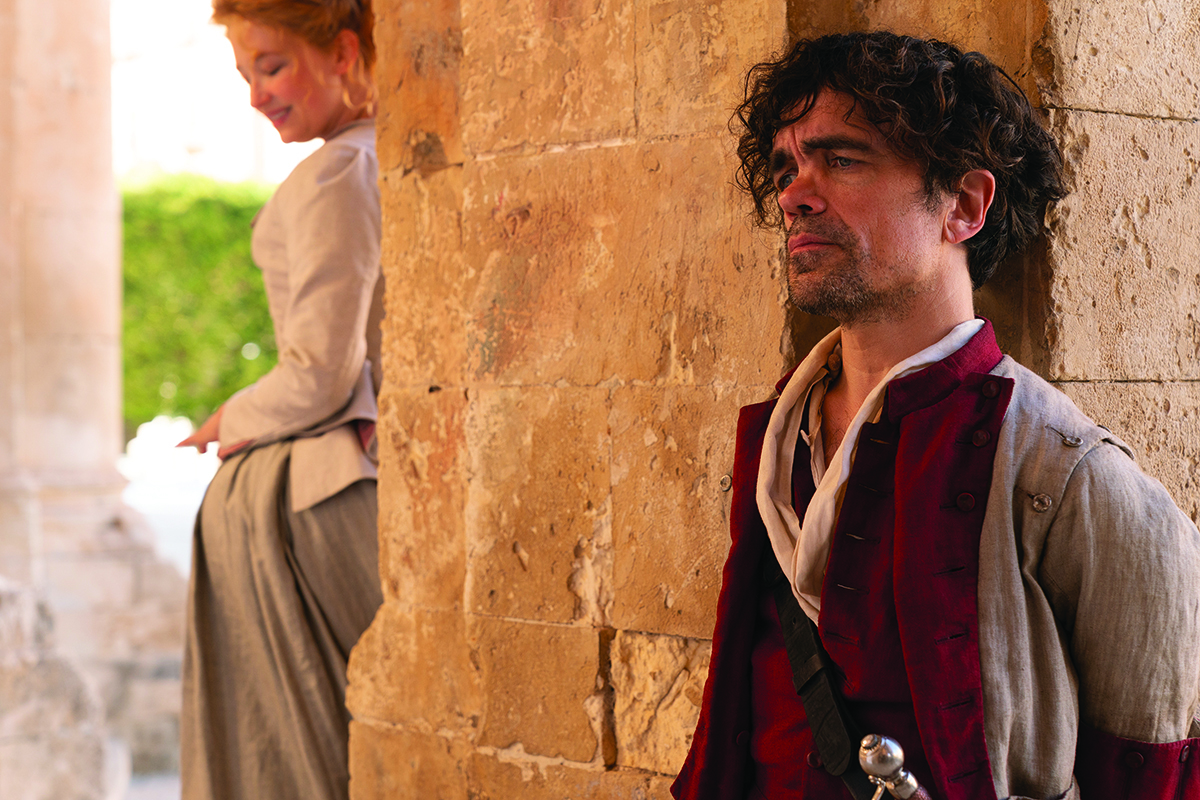 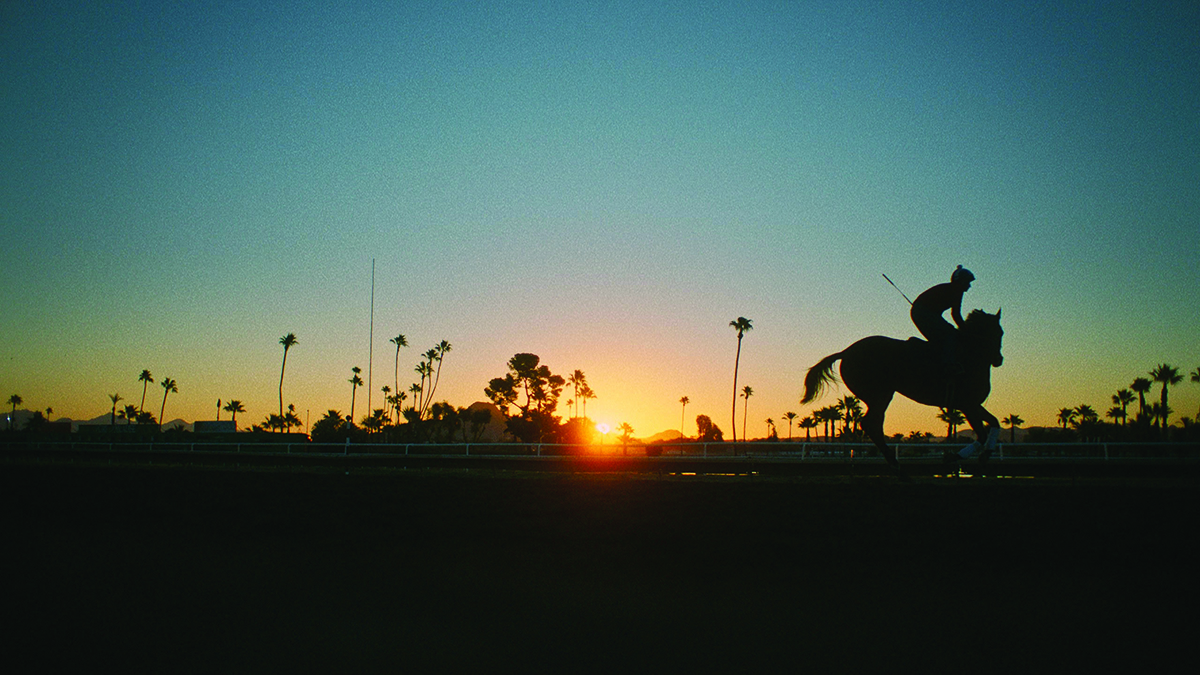 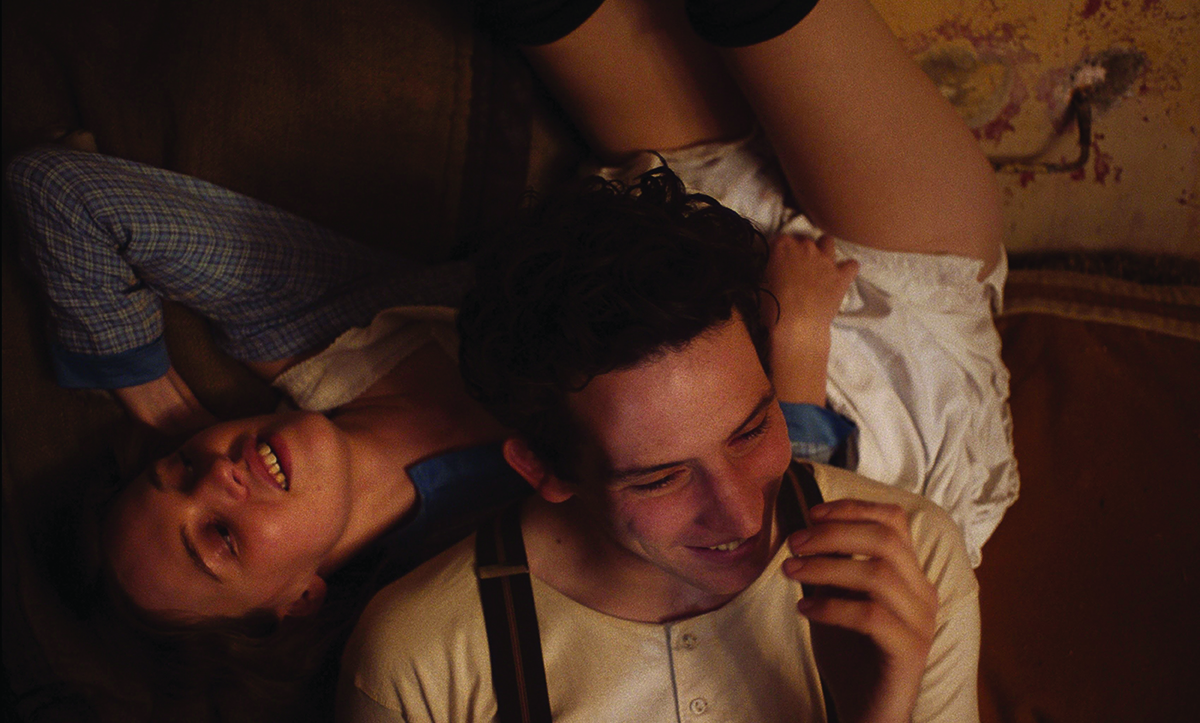 "Mothering Sunday" by Eva Husson will make its United States premiere at this year's Hamptons International Film Festival, where it is a Centerpiece selection. COURTESY HAMPTONS INTERNATIONAL FILM FESTIVAL 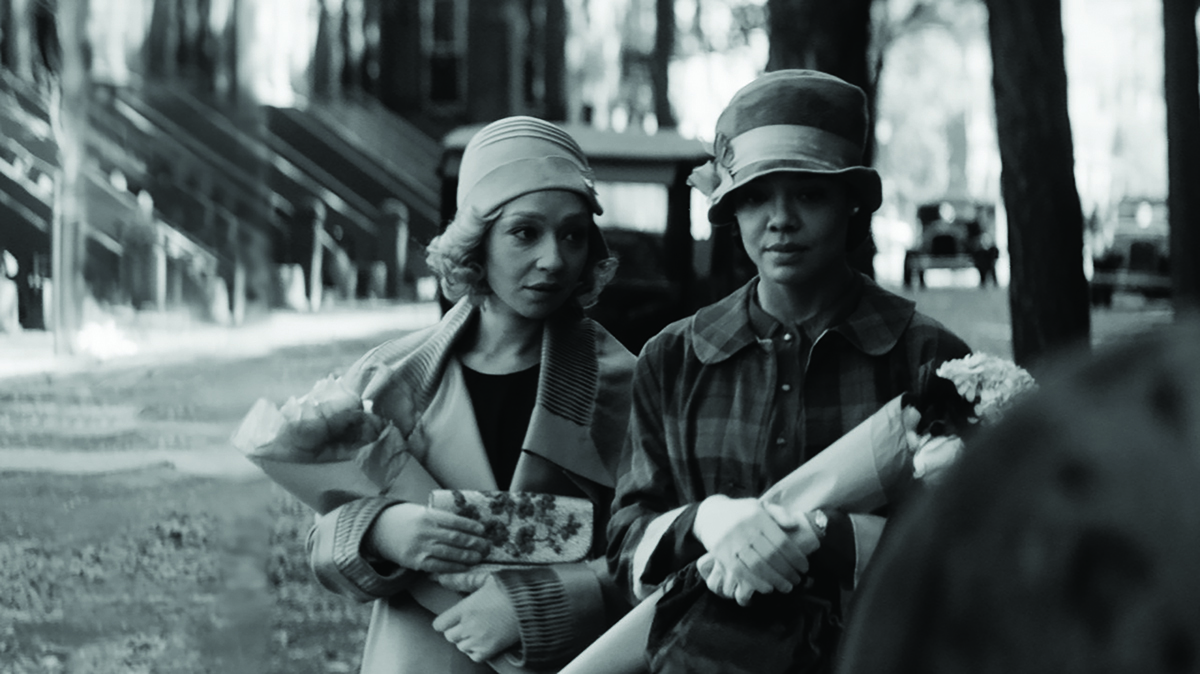 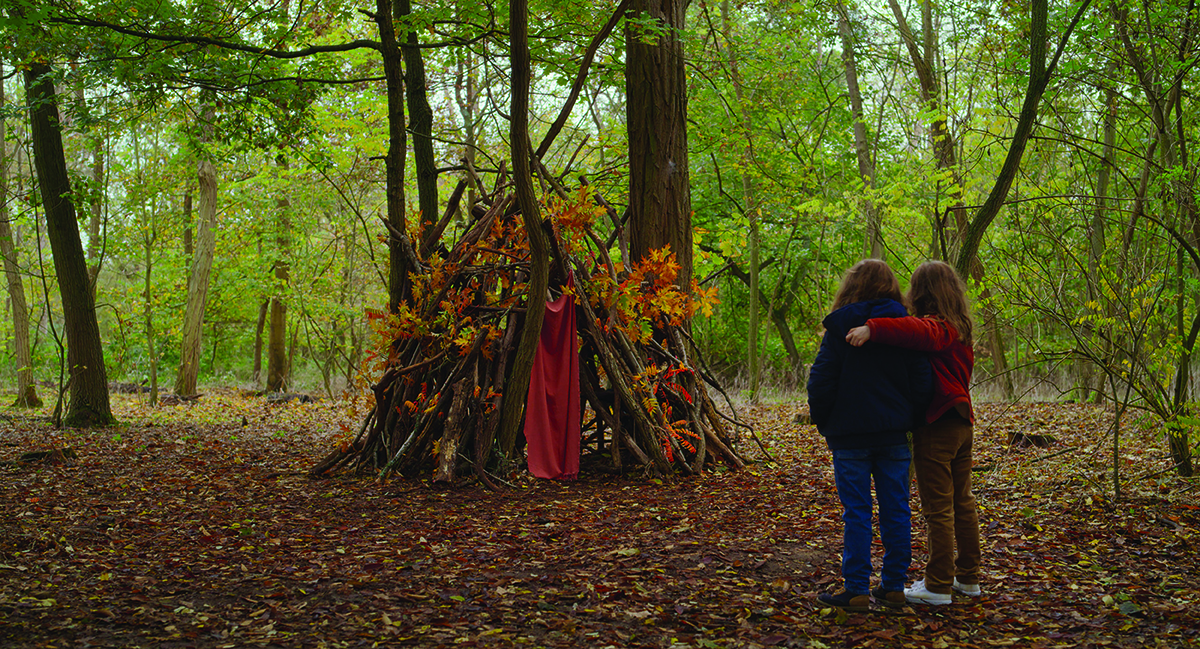 A still from "The Power of the Dog" by Jane Campion. COURTESY HAMPTONS INTERNATIONAL FILM FESTIVAL 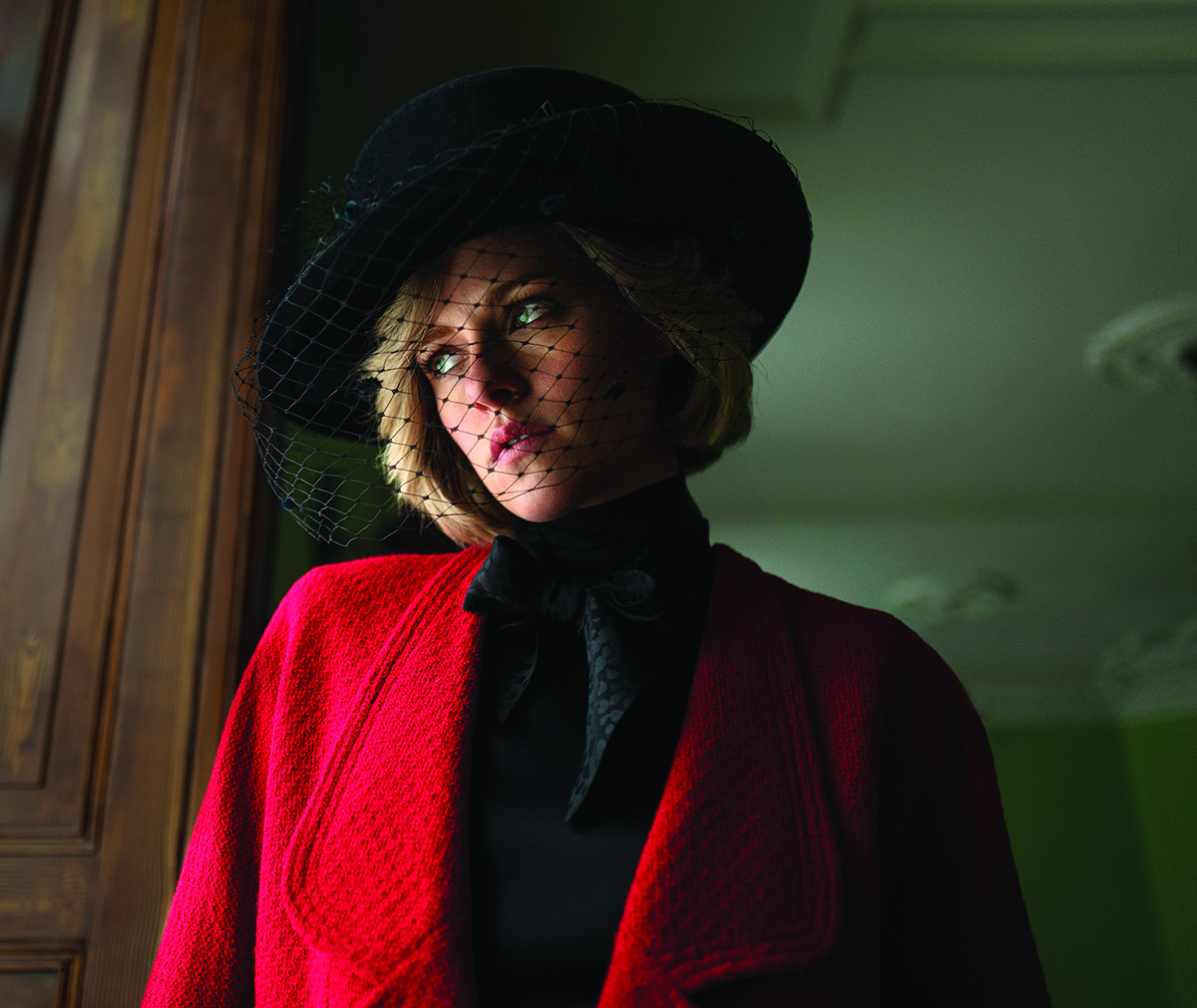 "Spencer" by Pablo Larraín will make its East Coast premiere at this year's Hamptons International Film Festival, where it is a Centerpiece selection. COURTESY HAMPTONS INTERNATIONAL FILM FESTIVAL 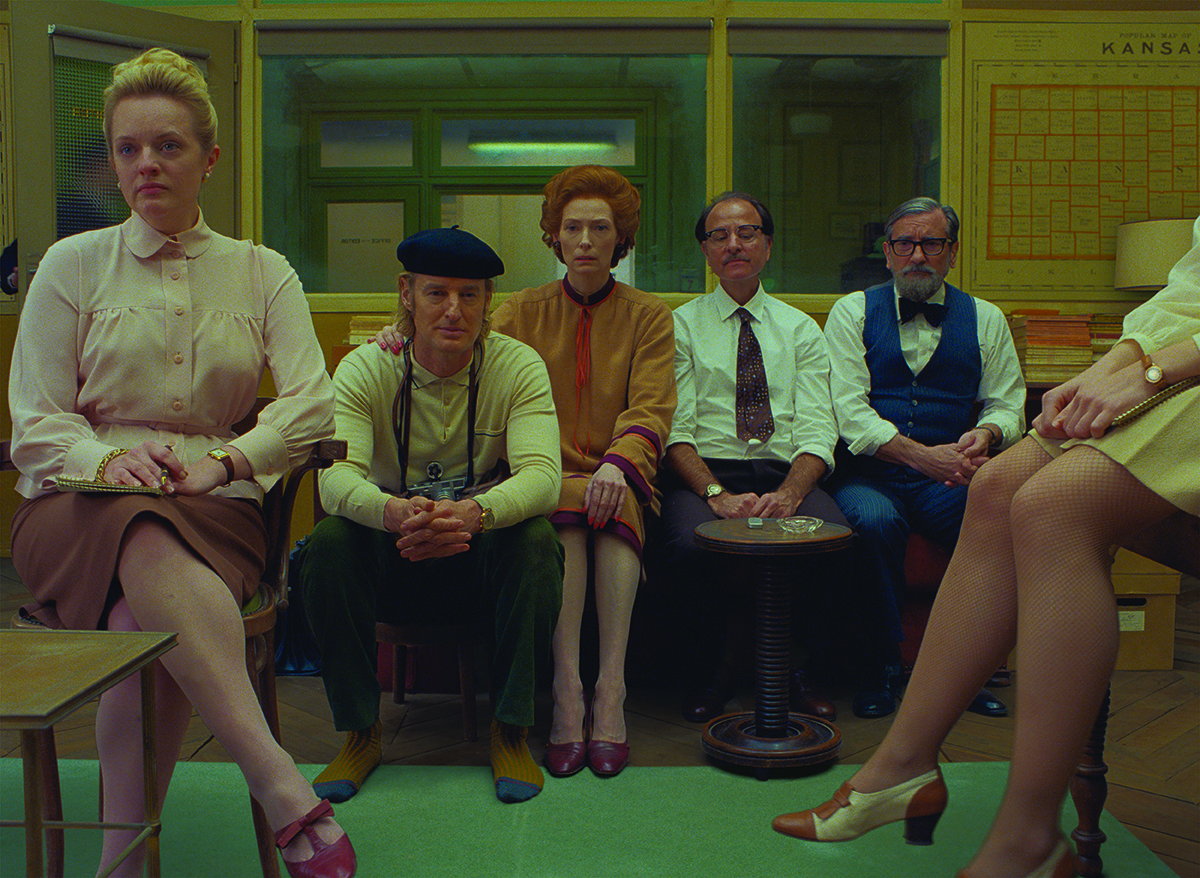 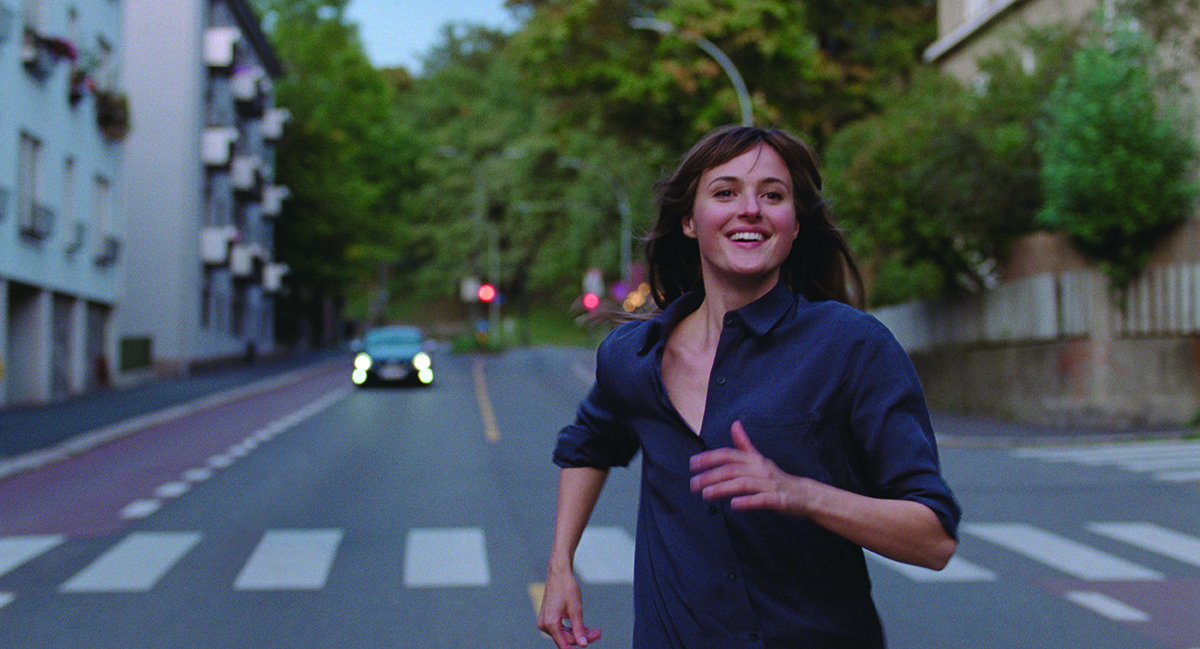 A still from "The Worst Person in the World" by Joachim Trier. COURTESY HAMPTONS INTERNATIONAL FILM FESTIVAL 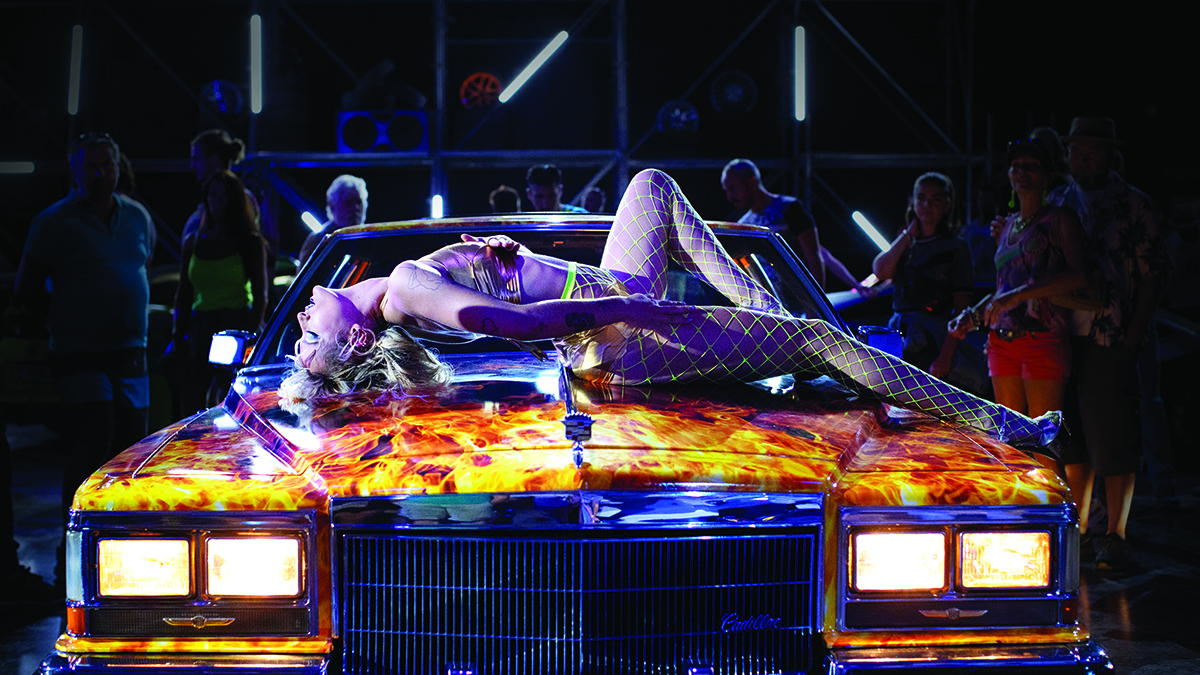 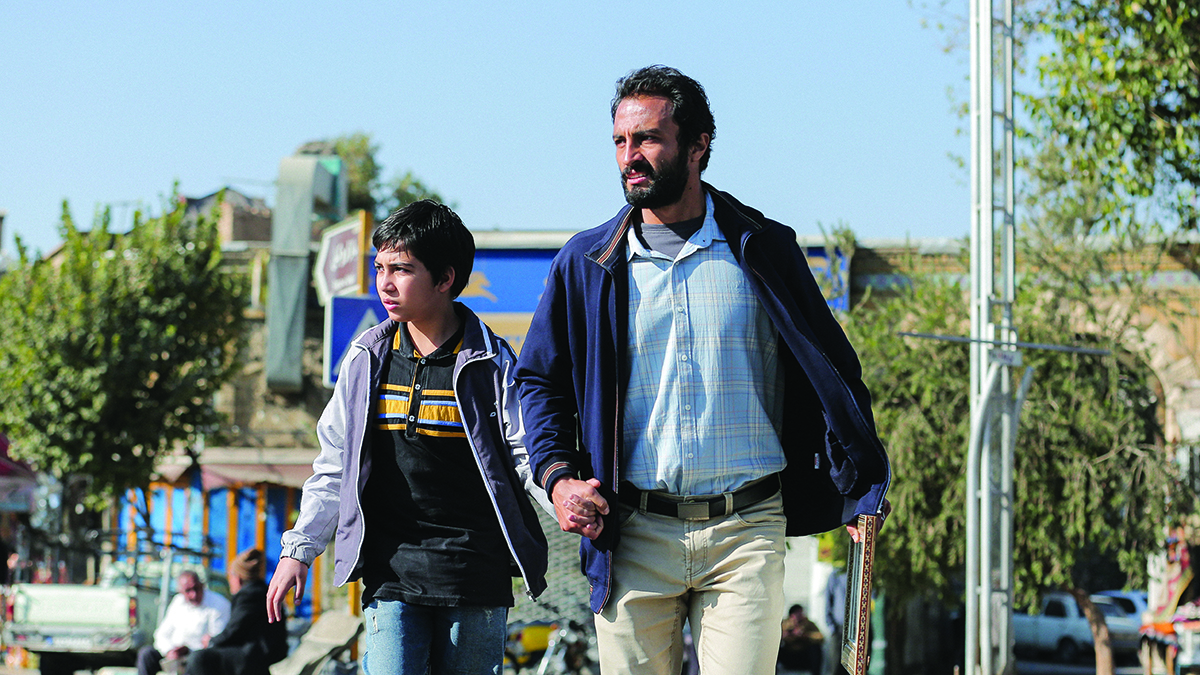 Shortly after landing in France three months ago, David Nugent finally stepped back into the hallowed screening rooms of the Cannes Film Festival — an institution that is, without question, the biggest and most important of its kind in the world.

Masked, vaccinated and equipped with a negative PCR test, he soaked in his long awaited return to the festival circuit — last year’s canceled due to the COVID-19 pandemic — and plotted his path through the lineup.

He saw Eva Husson’s lush romance “Mothering Sunday” and the premiere of Wes Anderson’s “The French Dispatch” — complete with the director’s penchant for large, star-studded casts — which left him absolutely delighted.

It came as no surprise to him when Renate Reinsve won the Prix de l’Interprétation féminine, or Best Actress, for her role in Joachim Trier’s “The Worst Person in the World,” he said, after watching her embody the role of Julie and her existential crisis as she turns 30.

Cannes also honored Hafsia Herzi’s “Bonne Mère” with the Ensemble Prize, and Asghar Farhadi’s “A Hero,” which won the Grand Prix. But walking away with the prestigious Palme d’Or was Julia Cucournau for her film, “Titane” — marking the second time a woman has won the highest prize of the festival in its 74 years.

And all of these films — plus almost six dozen more — are about to come to the East End during the 29th annual Hamptons International Film Festival (HIFF), starting Thursday.

“By the time Cannes happened, there were so many great films there. There’s a number of big ones,” said Nugent, artistic director of HIFF. “It’s really a chance for our audiences to be the first in the U.S., or North America in some cases, to see some of the most interesting films of the Cannes Film Festival this year.”

The 42 feature films and 31 shorts — with limited capacity screenings at Guild Hall in East Hampton and the Sag Harbor Cinema, where proof of vaccination and masks will be required — represent 34 countries around the world, with more than half of them female directed.

Despite the newly expanded schedule, which stretches seven days instead of five, the festival will offer less screenings and fewer seats, with the number of films down by a third, according to HIFF’s executive director Anne Chaisson. In the early planning of this year’s festival, she and her team expressed concern over audience readiness to return to theaters, she said, hence limiting the number of venues.

“We’re being as safe and as cautious as we possibly can so everyone feels comfortable to come to screenings at the film festival,” she said. “We have high hopes for enjoyment and not so much fear.”

But by no means is the festival shying away from the pandemic. Its slate of films opens with the world premiere of Matthew Heineman’s “The First Wave,” which chronicles COVID-19’s war path from March through June 2020 in New York — following a group of doctors, nurses and patients as they navigate a trail of death and despair.

“We were extremely lucky that this film is as extraordinary as it is, that it actually brings the hope that comes along with how you feel at the end of it,” Chaisson said. “It’s portrayed in a way that we want to acknowledge what we’re going through, and to also acknowledge the heroes who were a part of it — and not forget, ever, about what these extraordinary people have done for all of us.”

In between the remaining Spotlight features and Signature programs — which include Views From Long Island; Conflict and Resolution; Air, Land & Sea; and Compassion, Justice & Animal Rights — are the festival’s two Centerpiece films: “Mothering Sunday” and “Spencer,” directed by Pablo Larraín.

The film stars Kristen Stewart as Princess Diana, nèe Diana Spencer, who finds herself in a faltering marriage to Prince Charles and on the precipice of a monumental decision that would soon shock the world.

“I’m not someone who’s necessarily drawn to stories of the royals — it’s just not where my interests lie — but I was just riveted by Kristen Stewart’s performance,” Nugent said. “She really, really inhabits Diana in such an incredible way.”

Another stand-out film for the artistic director is Clint Bentley’s “Jockey,” making its East Coast premiere after screening virtually at the Sundance Film Festival, where it first caught his attention.

“It’s a film about an aging jockey who’s just trying to figure out if he can get through one more race,” he said. “It’s so beautifully told.”

For Chaisson, her top picks are “A Hero,” Kenneth Branagh’s “Belfast” and Céline Sciamma’s “Petite Maman” — which will all screen in the days before the festival closes with “The French Dispatch” on Wednesday, October 13. One of its many stars, Bob Balaban, will introduce the film that Nugent described as funny, sweet, smart and whimsical — all qualities that audiences sorely need after living through the last 18 months, he said.

“Movies that are best experienced on the big screen with other people, I think those are the most special screenings that people can have,” he said. “Many of us have, and some of us continue to be, really isolated as a result of everything that’s gone on, and I think it’s really nice to have something that can pull people together, to have shared experiences — and to be able to do it safely, which we’ve found a way to do this year.”

The 29th annual Hamptons International Film Festival will host screenings from Thursday, October 7 through Wednesday, October 13, at Guild Hall in East Hampton and the Sag Harbor Cinema. For tickets and a full schedule, visit hamptonsfilmfest.org.