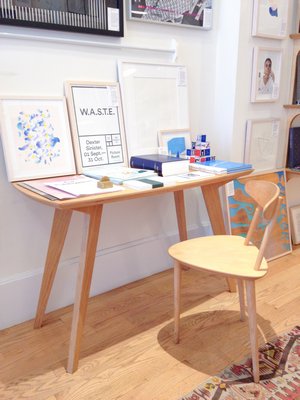 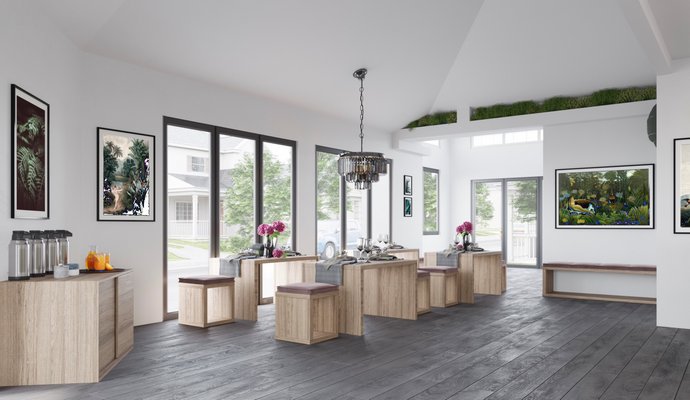 A rendering of the Salt & Loft interior. COURTESY KAROLINA NESKO

There was once much more to Andy Warhol than his pop sensibilities. There was also the avid buyer’s expansive art collection.

So when Sotheby’s International Realty sold his Manhattan estate in 1988, there were bound to be art pieces with a mysterious background—one of which now belongs to gallerist Martin Cohen.

He purchased “The Astronomer” by Orlando Hand Bears—a close relative of Stephen Hands, after whom Stephen Hands Path is named—and hung the massive 81-inch-by-41-inch portrait in his home in Bridgehampton, returning the painting to the East End, its rightful home, 154 years after it was painted here. Its subject, Ephraim Niles Byram, was a clockmaker by trade and a native of Sag Harbor.

Two decades ago, Mr. Cohen left the Hamptons, closing his Water Mill and Bridgehampton galleries, and took the portrait with him. Now a private art dealer, Mr. Cohen will come back to the East End with the famed painting in tow—and a $475,000 price tag attached—on Thursday, July 9, for opening night of Market Art + Design in Bridgehampton.

“I had been to the fair before as a guest, and it’s beautiful,” Mr. Cohen explained. “I just decided to do it.”

“The Astronomer” will be just one of the hundreds of pieces of art alongside, for the first time this year, a new design component, according to Max Fishko, who founded its predecessor, Art Market Hamptons, five years ago.

“We had been fielding some requests from a few design dealers for years,” Mr. Fishko said, noting that nearly a third of the contemporary fair’s 44 galleries will focus on the design element. “We looked at a group of people who did interesting stuff, beyond traditional artwork and in the object realm, and we are excited.”

Claire Krouzecky of the McNally Jackson Store in Manhattan plans to display a pere et fils desk—or father-and-son desk—tagged at $1,700 and entirely manufactured in France. “It has a sort of surfboard aesthetic to it,” she said. “It’s a high-quality oak veneer, with multiple layers of oak pressed together, and then it’s sort of an angled plane to the edges.”

When the McNally Jackson Store was approached to show at Market Art + Design, it did not have a sizable Hamptons clientele, said Ms. Krouzecky, who is looking forward to crossing a new and roomier threshold.