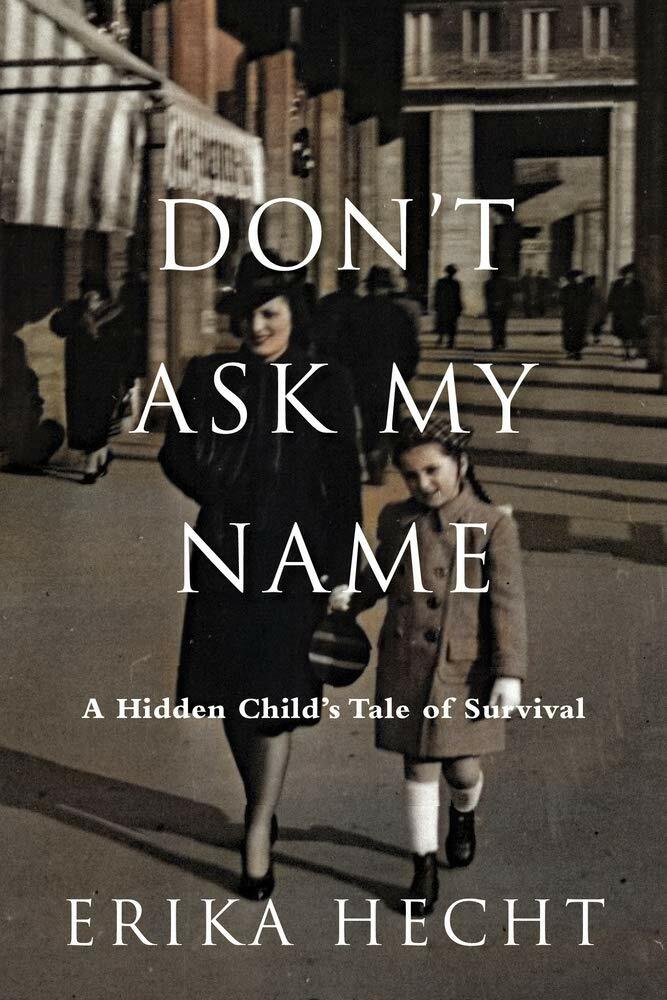 Born Jewish in Hungary in the 1930s, Erika Hecht became a “Hidden Child,” one of many Jewish children who were provided with false identities and survived World War II as Christians.

Her story is detailed in “Don’t Ask My Name,” a memoir of a woman’s journey through one of the darkest chapters of the 20th century. Hecht was 3 years old when her divorced mother officially converted to Catholicism in hopes of protecting the family from the rising tide of antisemitism. But it was not enough to shield them from persecution, especially after the Germans occupied Hungary in the 1940s. Obtaining false identities and papers, the family retreated to a small farming village where no one knew their true background, only to find themselves caught between the clashing German and Russian armies, both of which posed a constant threat to their lives and freedom. As refugees in a war zone, Hecht and her family endured a harrowing struggle for survival that left its mark on her and her loved ones.

The lies she had to tell and the secrets she was forced to keep sent her on a lifelong search for identity, until she was finally ready to tell her true story. Hecht, who lives in Sag Harbor, will be at Keyes Gallery, 45 Main Street Sag Harbor, on Thursday, June 24, from 5 to 7 p.m. to sign copies of her new book.