Montauk Indian Museum Is Open To The Public - 27 East

Montauk Indian Museum Is Open To The Public 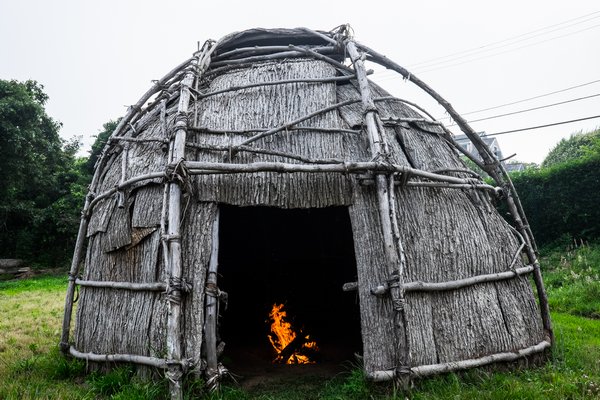 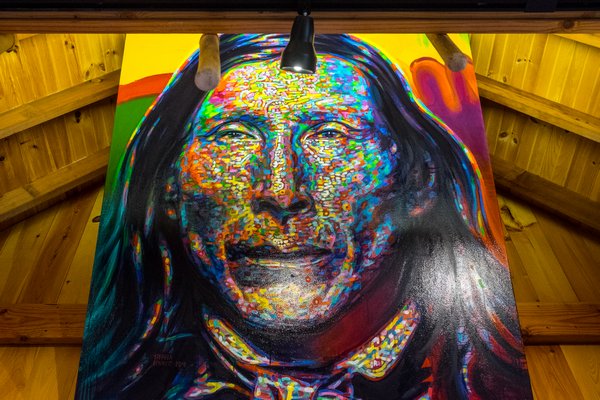 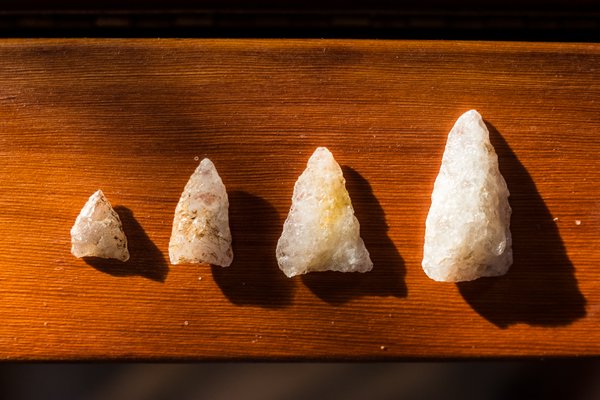 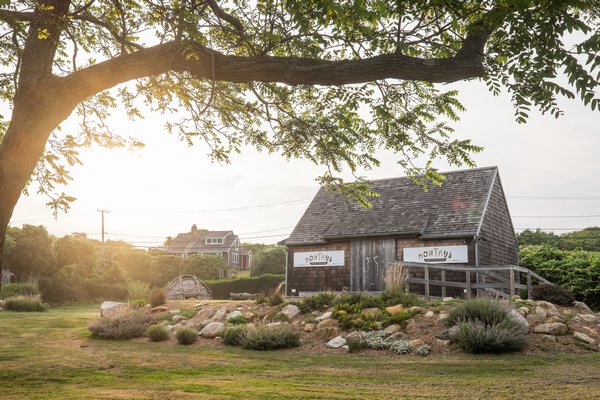 After a long haul, the Montauk Indian Museum is open to the public. The little gem, tucked behind the Second House Museum at the corner of Second House Road and Montauk Highway in Montauk offers a glimpse of how life was lived by the Native Americans. It all started, and finished, with one man.Lawrence Cooke was a New York City firefighter when the tragedy of 9/11 shocked the world. “I spent the first four days working on the pile,” he said last Sunday, sitting in a rustic rocking chair while waiting for visitors. “You can imagine my grief and depression.”

On September 15, his eldest son’s 9th birthday, Mr. Cooke went east to Montauk to work on the property he purchased in order to build a home, and contemplate the meaning of life. It wasn’t an easy road but the connections he made along the way were serendipitous.

The first order of business was to clear the brush from the property. As he was riding a mower over some tall grasses, he looked down and saw an arrowhead in a dirt patch. “This started it all,” he said, holding the treasure in his hand, which he wears around his neck.

The carved stone felt like anything but an inanimate object to him. Its energy gave him energy and redirected his life. He wanted to find out more about that particular arrowhead and that set him on a path to literally dig for more.

The artifact turned out to be a 3,000-year-old spear point, from the early Woodland period, in the Otter Creek style. “It planted a seed that really started growing inside of me,” he said. “I wanted to find out about the first one and told my wife to look for more.” They went on to find six similar points on their Essex Street property.

“They found me,” Mr. Cooke said of the artifacts. Eventually, those and other Native American finds led him to build the Montauk Indian Museum, a place dedicated to the peoples who lived here thousands of years before the Europeans settled on the East End.

When the Native Americans began trading with the Europeans, relations were friendly. “They had no idea there were not enough resources to go around,” Mr. Cooke said. “I don’t want to paint a picture that all whites are evil.” No one can deny, however, that the story is one of greed.

In 1910, Judge Abel Backmar declared the local tribe, the Montaukett Indians, to be extinct. While it is true that most of the Montauketts had succumbed to diseases like smallpox and tuberculosis, or had moved to other locations, it is said that members of the tribe were sitting in the courtroom at the time. “As a member of the historical society I thought this was so meaningful to honor the reality, the history of the indigenous people here,” Mr. Cooke said.

Although the drama is still playing out, Mr. Cooke feels it is not his business to get involved with the politics. “I’m a white man,” he said. Still, it is obvious when speaking to him, that his love for the “original locals” run deep. For all intent and purposes, the museum is dedicated to all indigenous peoples, not just one tribe.

“I was involved with the Second House Museum, cutting watermelon for the craft fairs,” he said, when he began to think about the grounds for the Montauk Indian museum.

He devoured research materials, starting with the books, “The Lenape-Delaware Indian Heritage 10,000 BC to AD 2000” by Herbert C. Kraft and “The History and Archaeology of the Montauk Volume lll” edited by Gaynell Stone.

He reached out to Ms. Stone, the director of the Suffolk County Archaeological Association. “I had a notion we should have a museum here,” he told her. In turn, Ms. Stone led him to anthropologist Dr. Maria Sideroff, who was excited about Mr. Cooke’s finds. For years, he had searched Fort Pond, Three Mile Harbor and locations all the way to Queens for artifacts and found hundreds, some currently on display.

Dr. Sideroff was instrumental in guiding Mr. Cooke in many ways, including an introduction to primitive technologist Barry Keegan. Ironically, Mr. Keegan’s obsession with the indigenous way of life, also began when he found an arrowhead as a child. He created the wigwam that sits outside the museum, Native American clothing, a fishing weir and spears, and is currently working on a 16-foot dugout canoe.

Mr. Keegan introduced Mr. Cooke to the artist Paul Oestreicher, who painted a large Paleo-Indian period scene, depicting the time frame 12,000 to 10,000 BP (Before Present) placed on the back wall. Dioramas depicting the Paleolithic or Old Stone period, 10,000 to 3,000 BP and the Woodland period 3,000 to 500 BP, are to follow.

Over the years, three “Archaeology Festivals” were held on the grounds of the Second House, which is owned by the Town of East Hampton and overseen by the Montauk Historical Society, to raise money. At one such event, Mr. Keegan demonstrated how to light nine different types of friction fires. “It’s a patience thing,” Mr. Keegan said during the demonstration, which was taped. “You have to wait for it.”

That pretty much sums up Mr. Cooke’s experience in bringing the museum to fruition. It took a long time and a lot of work, but it was worth the wait. The museum is housed in a “non-historic cottage” that was donated to the town, and was “ just the right size.”

Inside, there’s not one, but two large paintings of the most famous Montaukett, Stephen Talkhouse Pharaoh, an indentured slave, who was born in a wigwam in Springs in 1819 and died of consumption in 1879. He was known to walk many miles in a day and later in his life, was recruited by P. T. Barnum for the circus.

In addition, the East Hampton Historical Society gifted the museum with a portion of Selah Lester’s extensive collection of Indian artifacts. The museum is a treasure trove, filled with pottery, charm stones, crystals, a pipe made out of wampum, deerskin moccasins, wooden cups that doubled as diggers, pestles used to crush corn and medicinal herbs, axes and tools used to make projectile points including spear points and arrowheads.

“It’s really important to remember the past,” Mr. Cooke said. “The whole message of the museum is the connection of us all.”

The Montauk Indian Museum is open seasonally, Thursday through Sunday from noon to 3 p.m., and by appointment by calling 631-903-9603.