Mourning The Loss Of A Rising Star - 27 East

Mourning The Loss Of A Rising Star 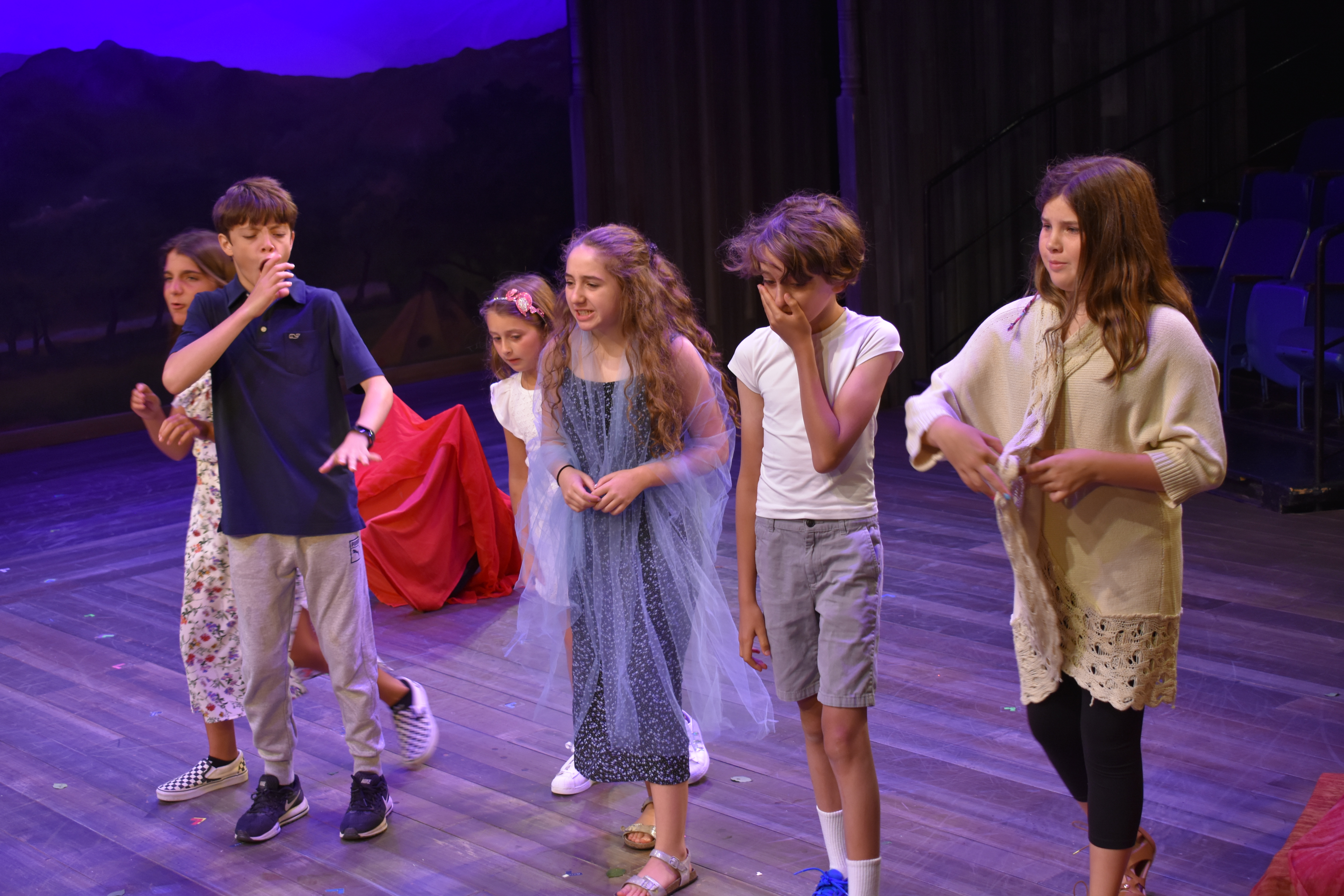 Laurel Griggs, center, during an acting camp at Bay Street.

Bay Street Theater is expressing condolences to the family and friends of Laurel Griggs, a 13-year-old student and Broadway actress who recently died from a massive asthma attack.

Laurel was an active student and a professional actor, having been in Broadway productions of “Once.” She made her Broadway debut at age 6 alongside Scarlett Johansson in “Cat on a Hot Tin Roof.” She also was active in the kids theater education classes at Bay Street Theater for the past four years.

Her sudden death stunned her Broadway and Bay Street family as castmates remembered her as an “old soul” and “always happy,” while her Bay Street fellow campers were shocked and saddened as word finally got around. Broadway dimmed its lights in honor of the promising teen actor, and she was remembered at a service at Chelsea’s Arte Café, which was attended by friends and entertainment figures.

“The news about Laurel was devastating,” says Suzanne Clifton Walsh, the Bay Street instructor who led Laurel’s Shakespeare class this past summer. “What an absolute tragedy. Actually, one of the first things that came to mind when I realized it was truly Laurel Griggs from my class, was that she was so unassuming. In her quiet, mild mannered way she assumed a leadership role by playing Titania, but at the same time she helped me direct her fairies! Those three younger girls looked up to Laurel and in turn Laurel was kind and patient.”

“Bay Street was blessed to have Laurel in our summer theater camps for the past few years,” says Allen O’Reilly, Bay Street Theater director of education. “She made many friends and shared her talents with us and she will be forever missed by Bay Street Theater and all who knew her.”

Though Tracy Mitchell, Bay Street’s executive director, said that it is too soon to be in touch with the family about a remembrance of some kind, she added that “it is our hope to remember Laurel in a special way next summer, since she was a part of so much of what we were doing through our summer educational programs.

“But for now, we simply mourn her loss and the loss for her family.”

From August 1 through Labor Day, September 7, the Artists Alliance of East Hampton (AAEH) will present its inaugural virtual show, “Colors of Hope.” Taking inspiration from the pandemic, 37 member artists have created works to commemorate the unusual times in which we live. Whether their entries chronicle personal concerns or provide a tranquil respite from anxiety, their carefully-chosen works express an extraordinary moment in history when social distancing becomes intimate engagement. As catalysts in this time of isolation, their accomplishments empower all of us to reflect more deeply, immerge stronger, and impact our evolving society with passion, commitment, and ... 14 Jul 2020 by Staff Writer

Claude Lawrence’s Works From the Estate

Keyes Art Gallery opens “New Works From the Estate,” an exhibition featuring the work of Claude Lawrence, on Friday, July 17, from 7 to 9 p.m. Born in 1944, Lawrence is a product of South Side Chicago — a city that was on the forefront of the civil rights movement with its burgeoning arts, music and cultural scene, and jazz clubs of international repute. He picked up the tenor saxophone as a high school student and, after playing the Chicago jazz club circuit, in 1964 he set his sights on New York. It was the first of his many moves ... by Staff Writer

Take a Ride on Spaceship Earth

On July 15, Hamptons Doc Fest founder/executive director Jacqui Lofaro added access to the first-run documentary film “Spaceship Earth” on the hamptonsdocfest.com website. Directed by Matt Wolf, “Spaceship Earth” (2020, 115 min.), almost like a science fiction film, tells the visionary story about an historic experiment involving eight men and women who built and in 1991 quarantined themselves for two years inside a giant, pyramid-shaped glass replica of the Earth’s ecosystem, called Biosphere 2, in New Mexico. Then something happens to the group that threatens the entire project. Wolf gathered 600 hours of archival footage about the experiment and was ... by Staff Writer

McGuire And Morfis At Grenning Gallery

The Grenning Gallery’s newest exhibition features the work of Tim McGuire and John Morfis. McGuire returns to the Grenning Gallery at a precipitous moment in his artistic career. Within this new body of work there is ample evidence of McGuire’s deft classically trained hand, but more importantly, the witnessing of a blossoming confidence as he claims the canvas as his own kingdom. McGuire was classically trained at The Florence Academy of Art, and also a regular workshop teacher who has recently moved to Nova Scotia to paint full time. He was a perennial student and teacher before he decided nine ... by Staff Writer

Inside the Artist’s Studio

“I have been photographing artists’ studios for several years in various parts of the world,” said East Hampton artist Daniela Roman. “Lica Roman, my mother was a painter/engraver, and I spent my childhood near her studio. That place, at the back of the garden, was magical for me. I was not allowed inside, except to pose, sitting very still on a chair. But everything attracted me like a magnet.” Roman has been photographing artist’s studios around the world for the last 11 years. In 2019, she began creating layered portraits of East End artists inside their workspaces. The Amagansett Free ... by Staff Writer

Mark Humphrey Gallery Celebrates Founder With A Show Of His Work

Mark Humphrey, a visual artist and Southampton gallery owner, died at the age of 71 ... 12 Jul 2020 by Staff Writer

Alone Gallery's “Spotlight 3” exhibition, on view from July 14 to 26, features paintings by ... by Staff Writer

In recent years, every summer on the East End brought with it an art fair ... 9 Jul 2020 by Cayla Bamberger