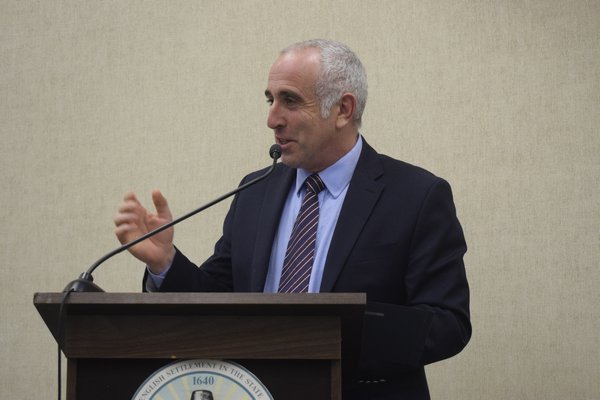 A new arts and culture committee was recently established in Southampton Town.

The idea for the Southampton Arts and Culture Committee was conceived by Shinnecock resident Hope Sandrow, a conceptual artist whose work has been displayed in many museums, including the Metropolitan Museum of Art, the Museum of Modern Art and the Parrish Art Museum. Although the group has yet to meet, Ms. Sandrow said its members will work to hear the needs of arts institutions throughout the East End, help coordinate schedules for events, give greater visibility to smaller groups, as well as research art history in the area.

“To create the cultural community that we all want to live in was the inspiration of my proposing of this new committee,” Ms. Sandrow said on Wednesday, the day after the Southampton Town Board approved the new committee. “I’m incredibly thrilled and excited,” she said. “As an artist and having been out here almost 40 years, it’s especially thrilling to have the town recognize the importance of me and my colleagues.”

“We have committees on practically everything, but we don’t have a committee on arts and culture,” Southampton Town Supervisor Jay Schneiderman said after the April 25 Town Board meeting at which the board unanimously approved the creation of the committee. “Now we will be having a committee that could help promote the arts.”

As part of guidelines created for the new committee, each member is required to have a professional background in the visual, literary, performing, culinary or other arts, or in art history.