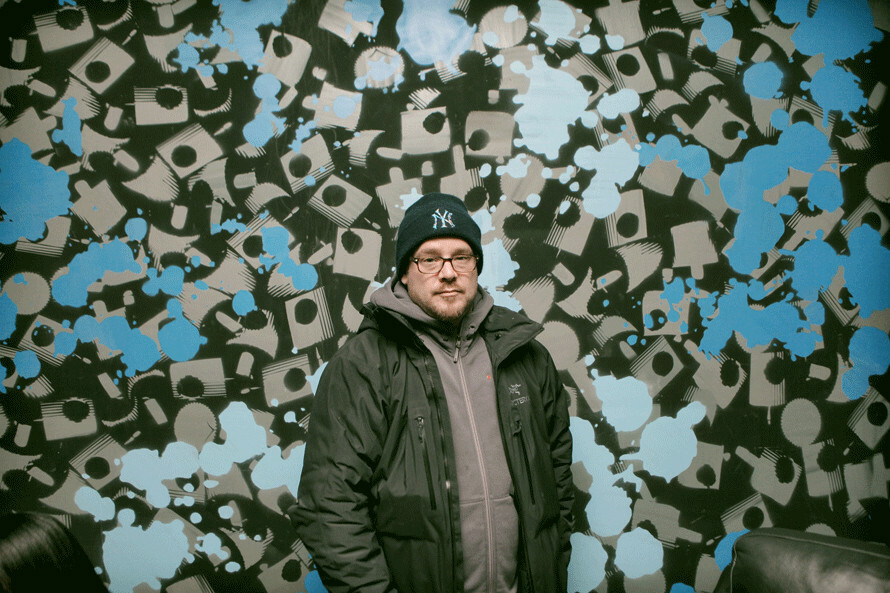 N°53 Gallery is a contemporary art gallery established this past June by longtime collector and entertaining marketing executive David Weiswasser.

Located in East Hampton Village at 53 The Circle, the gallery hopes to bring to the East End a selection of talent at the emerging and mid-career level that observes the continuous evolution of contemporary art through an edgy, gritty lens.

Most of the program's artists to date, which includes Erik Foss, Kaves, Ricky Powell, Paul Sevigny, Stash and Wayne White, have never shown in the Hamptons. It is a gallery mission to introduce the area’s collectors and art audience to a fresh roster of artists, and to offer more accessibly-priced works for new residents who are excited about art and design.

The through-line in all of Stash’s work is the style and ethos of 1980’s New York City subway graffiti. His earlier paintings incorporate subway maps and “Wild Style” lettering. Stash’s more recent paintings are abstract; their references to his origin in a counterculture are metaphorical rather than explicit. Fragments of earlier pieces since painted over can be seen behind the bold colors and linework in the foreground of the painting, figuring the palimpsestic nature of subway cars that were tagged and painted by graffiti artists, buffed clean by the transit authority, and tagged and painted again. Stash paints his memory of a personal and collective past that remains partially obscured by imperfect retellings.

Josh “Stash” Franklin was born on Long Island in 1967 and came of age in the East Village in the early 1980s, when his first canvas was shown alongside Keith Haring and Jean-Michel Basquiat in FUN Gallery’s “Graffiti, Thanks a Lot!” exhibition.

His work has since been shown in New York, Los Angeles, London, Paris, Rome, Hong Kong, Tokyo, Dubai, Singapore, and Moscow, and joined the permanent collections of the Museum of Modern Art, the Whitney Museum of American Art, and the Brooklyn Museum.

Stash is also widely known for incorporating spray nozzles and other graffiti iconography in streetwear design. His high-profile collaborations with Nike, Burton, Medicom Toy, A Bathing Ape, and other brands during the 1990s played a key role in the general public’s eventual appreciation of graffiti’s cultural and aesthetic value.

For more information on the exhibition, visit n53gallery.com.