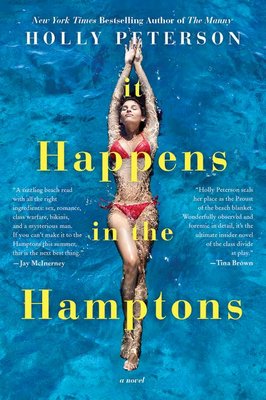 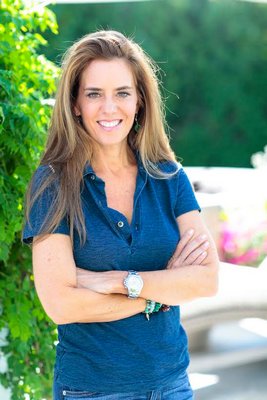 Hamptons readers are in for a relatable treat. Holly Peterson, author of the New York Times Bestseller “The Manny,” has released her newest novel, “It Happens in the Hamptons,” which explores a conflict of classes and fitting in with the elite 1-percenters who vacation at the seaside playground for the rich.

Anyone who has visited the East End knows that the locals and tourists dispute is an ongoing one that seemingly grows worse every summer, and Ms. Peterson captures the battle through the eyes of a young, West Coast native who moves to Southampton in search of a summer job, new friends and fiery love.

“The information poured on top of my head like Niagara Falls. I couldn’t write it down fast enough over the years,” Ms. Peterson said. While she loves writing satire, Ms. Peterson regards this novel as a “work of journalistic fiction,” adding that she is trained to witness and recount accurately after working as a news producer at ABC News and later as an editor and writer for Newsweek.

“The desire to speak the truth is present even when I’m writing fiction,” she noted. “Scenes are not exaggerated and things that happen in this book, as crazy as they are, could really happen here … ergo, the title. It’s a travelogue meets satire meets big old romp through the hamlets here … old wasp-y money, brash new money flying in on helicopters, and the very vibrant local population. My novel covers all the classes and backgrounds out here equally.”

Although reading about the over-the-top behavior of people summering in the Hamptons can entertain anyone, Ms. Peterson wanted to make “It Happens in the Hamptons” more than that.

“I think this book tells a larger story about the class conflict roiling America today,” she said. “People with tremendous means just piling on more cash and then all the rest working like mad to stay even, or fall behind, and/or never really get ahead. This is why I didn’t have any desire to write just about heels, and parties, and Porsches. While I have tons of great material about the over-the-top behavior, all that flash and fun is just the backdrop for something far more interesting: the inequity in America today. I wanted to write something substantive and intensely current while wrapping it in fun candy for my readers.”

The result of combining flash and fun with social commentary results in an energetic story anyone can appreciate.

“I honestly think that both vacationers and locals will say, ‘Jesus, this girl nailed it,’” Ms. Peterson said. “I’m not saying it’s great literature, but it’s damn accurate. It’s easy to read, hopefully smart, and moves faster than the 4:09 Cannonball train from Penn Station direct to Westhampton!”

Holly Peterson will be at BookHampton in East Hampton on Friday, June 16, at 5 p.m. for a book signing of “It Happens in the Hamptons.” Visit bookhampton.com.