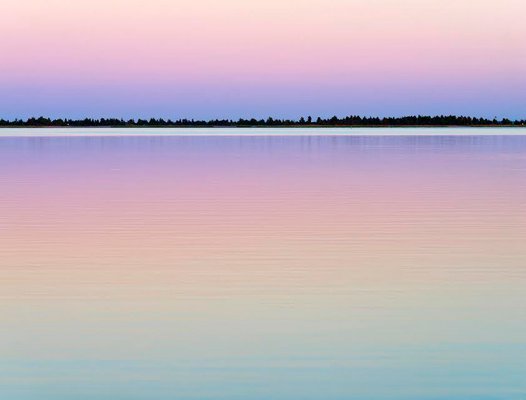 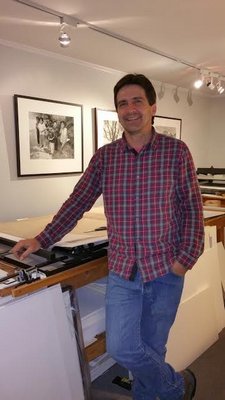 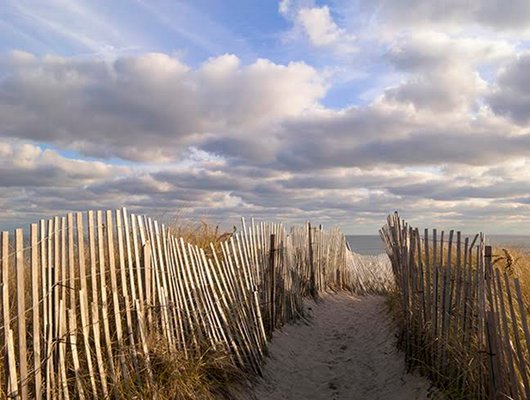 "Path To The Beach" by Daniel Jones. DANIEL JONES 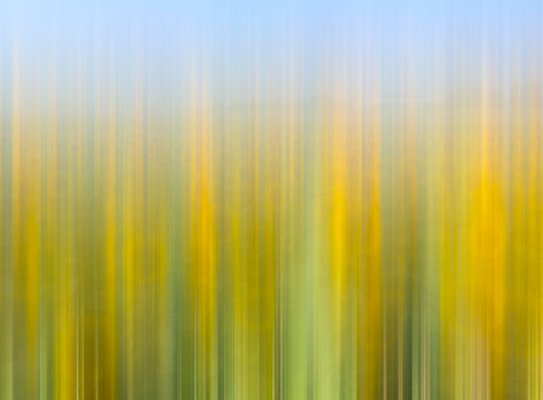 We live in an era where nothing goes visually undocumented. Had a great lunch? Instagram it. Like the way your hair looks today? Post a selfie on Facebook.But quantity does not equal quality—which is why the work of photographer Daniel Jones will hang on walls and live in hearts long after your Instagrammed cheeseburger blips into oblivion.

Mr. Jones recently stole the media spotlight with a feature story on “CBS News Sunday Morning,” beefing up anticipation for the photographer’s most recent show at Tulla Booth Gallery in Sag Harbor, opening with a reception on Saturday night.

A Shelter Island native who now lives on the North Fork, Mr. Jones spent much of his formative youth in California. Believing his career path lived in illustration and graphic design, he earned an art degree from California State University at Northridge, but took a job in a photo studio after college to pay the bills.

“I was interested in photography, but didn’t think it would be a career choice,” he said. His opinion changed after seeing the work of Edward Weston, known for his 8-inch-by-10-inch contact prints. “That was a major inspiration for me. Everybody takes pictures, but I thought I could make art with photography.”

Turns out he was right. Mr. Jones achieves his style of black-and-white photography using an 8-inch-by-10-inch view camera. Reminiscent of early 20th-century photographers, he tosses a cloth over the camera and his head to keep out light, looks into the back of the camera, and sees the image upside down and backward. “I’m actually seeing the image on the ground glass,” he explained.

A single image takes upward of 15 minutes to set up and shoot, but the resulting negative offers a certain clarity and luster not available with the more common method of shooting a small negative and enlarging it.

“You take the negative and lay it directly on photographic printing paper, and expose that to light,” Mr. Jones said. “So the full resolution of the negative is directly imprinted onto the paper, without projecting it through another lens. You get this luminous print.”

In his 30s, Mr. Jones moved back to the East End, settling in Southold, where he lives with his wife, Lucille, and daughters, Emma and Kate. For more than 20 years, he trained his camera on scenic vistas and domestic still life, capturing stunning prints of ice-crested boulders in Peconic Bay, nighttime cityscapes, and snow fences winding along ocean dunes.

A couple of years ago, he began experimenting with digital color photography. “After almost 20 years shooting exclusively in black and white, I felt like it was becoming stale,” he said. “Black and white is all about form, lighting and texture. You don’t have that added element of color. It’s great, but I felt I was starting to repeat myself. It was kind of scary, but I felt that I needed to do something different to get that inspiration back.”

Coming full circle—back to his roots in art—Mr. Jones has been experimenting with creating impressionist visions with his photographs. “Much of my work is made, rather than shot,” he said. “I want to paint with the camera, paint with the light during the exposure.”

He achieves that by moving the camera, either on a tripod or handheld, while the shot is happening. Through trial and error, he’s learning how much motion different types of shots can take before he loses the essence of the scene.

“You can go pretty far with some subjects, like the ocean, because the colors of the ocean are so identifiable. I want the subject to be recognizable, yet impressionistic or abstract at the same time. I’m trying to push it as far as I can without pushing it so far that people can’t tell what it is.”

The result of Mr. Jones’s experiments are photos like “Sunflowers 1B,” an expanse of vertical linear color that evokes sunflowers against a blue sky despite a lack of clearly identifiable flowers, or sky. Tulla Booth, a longtime friend and owner of the Tulla Booth Gallery in Sag Harbor, said his forays into impressionism succeed for the same reason his more traditional photographs do.

“I’ve been showing his work for 13 years, and I’ve always been fascinated with his eye,” she said. “The composition of his photos is always impeccable. He has a wonderful way of waiting for that magic moment. With these new pieces he’s doing, it’s a whole different approach. You really have to contemplate the pictures. It’s much more of a mental process.

“There was a time when I couldn’t sell abstractions in the gallery, there was just no market for it,” Ms. Booth continued. “But these are different. Daniel is a calm, introspective person, and that’s reflected in these works. Rather than being reportage on an interesting place, he has more of a creative hand in these, and they’re so ethereal that you want to be in the picture. There’s a peacefulness that people are drawn to.”

Photography by Daniel Jones will open with a reception on Saturday, December 26, from 5 to 7 p.m. at Tulla Booth Gallery in Sag Harbor. The work will remain on view through Saturday, January 30. For more information, call (631) 725-3100, or visit tullaboothgallery.com.